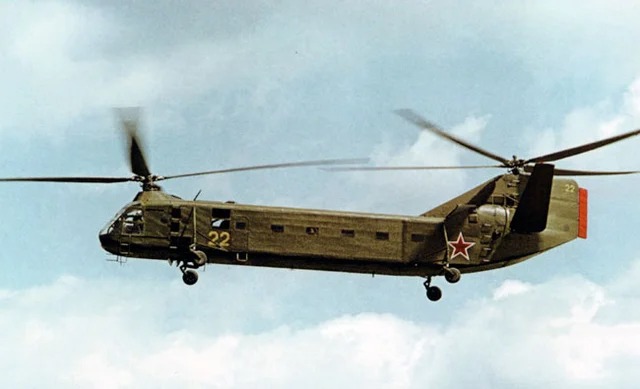 The Yak-24 had its first flight in July 1952, and was officially put into service in 1955. The helicopter was created in response to a Request for a larger helicopter capable of transporting 24 people, was given to the Yakovlev Design Bureau under Alexander Yakovlev. It was powered with two 1,700 hp Shvetsov ASh-82V radial engines and was built in a tandem rotor layout, which was not typical for Soviet helicopters.

The engines and transmission system were identical to the already-proven single-engine Mil Mi-4, but the Yak-24 proved to be less successful. Its engines were linked together so each could drive one or both rotors, but such an arrangement caused strong vibrations in the airframe. After the problems were partially solved, the new helicopter was ordered for production by the Soviet Air Force, which began in 1955 at Factory No. 272 in Leningrad.

In 1957, the improved model Yak-24U was developed, rebuilt from serial helicopter, with all-metal rotors of larger diameter, and an all-metal wider fuselage. It could carry 40 soldiers or 3,500 kg of cargo, including ASU-57 tank destroyer. It completed test program in 1958, but did not enter production. A civilian variant for Aeroflot for 30 passengers was the Yak-24A of 1960, but it was not produced either. 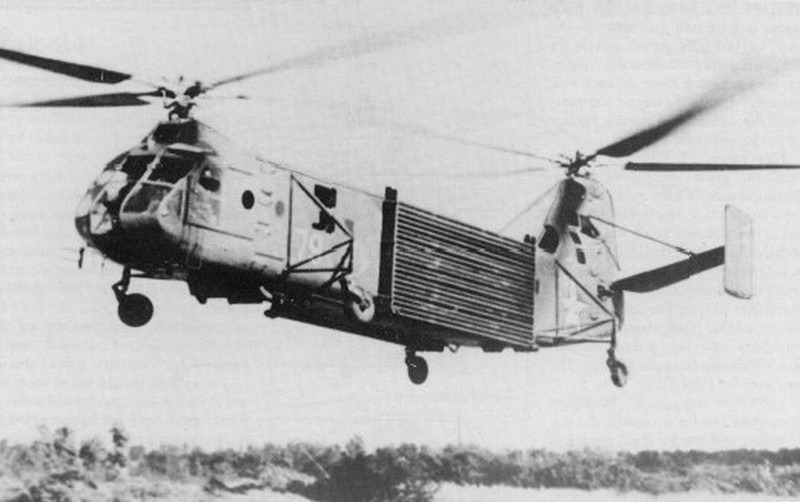 Data on the Yak-24 is inconsistent and sometimes contradictory, the exact number of helicopters produced is unknown, with estimates ranging from 40 to 100 units depending on the source of the data. According to newer Russian sources, only 35 series helicopters were built in 1956–1958 in Leningrad, in addition to two prototypes and three pre-series helicopters.

All sources agree that production of the Yak-24 was curtailed due to technical problems, and the need for a heavy transport helicopter was fulfilled by the successful Mil Mi-6. Other than its excellent carrying capacity, the maximum speed of the Yak-24 was quite low, only about 175 km/h and a range of 265 km. With a country as large as the former Soviet Union, this range is clearly too meager.