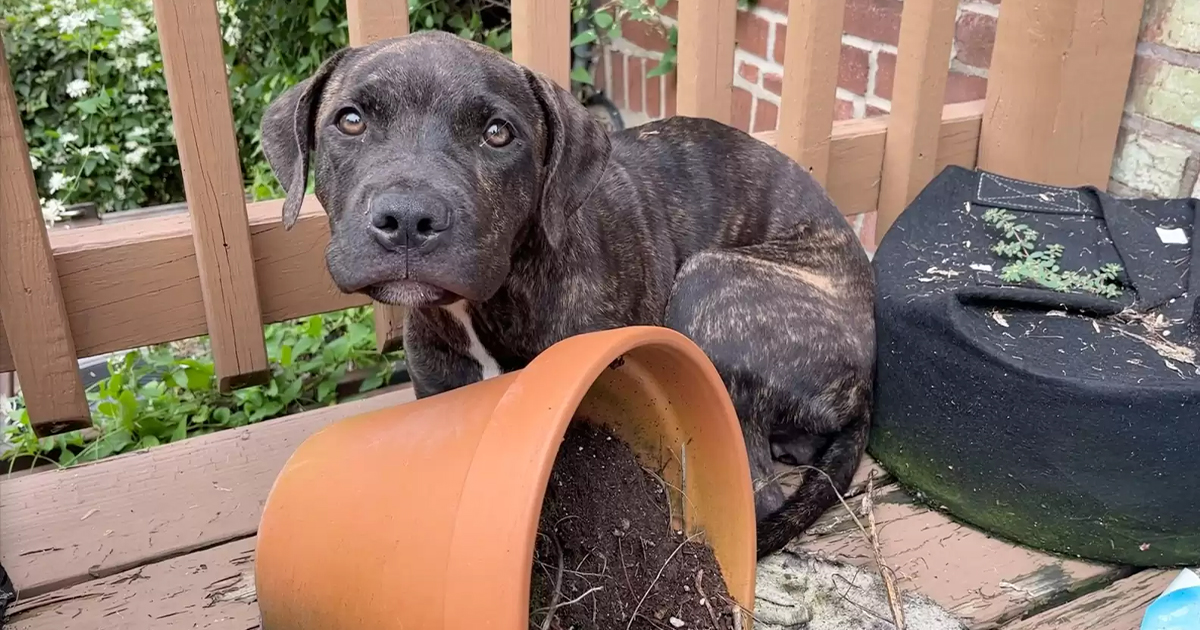 Sometimes the cutest faces make the biggest messes. That’s what one St. Louis, resident learned recently when she discovered her back deck had been completely rummaged through.

With soil from her garden scattered about and flower pots knocked on their sides, it became clear that some sort of animal was responsible for the mess — and whoever, or whatever it was, silently watched from behind a terra-cotta pot. STRAY RESCUE OF ST. LOUIS
That’s when the woman spotted a clump of brown fur and two eyes staring at her from behind a fallen planter.

She slowly inched her way closer to the mischief-maker and was shocked to find the cutest puppy ever. STRAY RESCUE OF ST. LOUIS
The woman couldn’t tell if the pup was injured or not, but she knew for sure that the stray didn’t belong to anyone in her neighborhood. So she called Stray Rescue of St. Louis for help.

Donna Lochmann, chief life saving officer at Stray Rescue of St. Louis responded to the call immediately. She assessed the shivering pup and was relieved to find that physically, she was doing OK.

“She was just really scared,” Lochmann told The Dodo. “Luckily, she wasn’t injured.”

You can watch the pup’s porch masterpiece here:

The puppy, whom they later named Queen Elizabeth, was visibly shaken. But, she gave no objections when Lochmann attempted to rescue her.

“She let me leash her up, so I picked her up and carried her out to the jeep,” Lochmann said.

Although she was scared, Lochmann could tell that the puppy knew she was in safe hands. Her tail wagged whenever Lochmann looked at her, and she would reach her head out towards the dedicated rescuer almost as if she were going in for a kiss. STRAY RESCUE OF ST. LOUIS
Lochmann brought Queen Elizabeth to the vet, who confirmed that the pup was not injured at all. The only thing that needed a little healing was her confidence.

“She’s a little timid,” Lochmann said. “But not in any way, shape or form aggressive.”

Queen Elizabeth was cleared for adoption shortly after arriving at the shelter and is currently waiting for her forever home. While they hope to find a loving family to take her in soon, the puppy’s rescuers are soaking up all time they currently have with her.

And they’re so relieved that she’ll never have to spend another minute shaking in fear on a stranger’s back porch ever again. 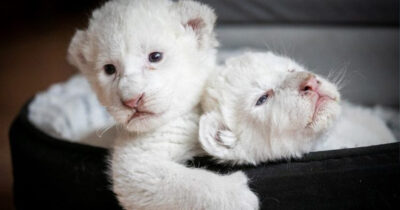 Previous post Simba And Nala, The Rare White Lions That Have Been Born Far from The Destructive Hand of Man 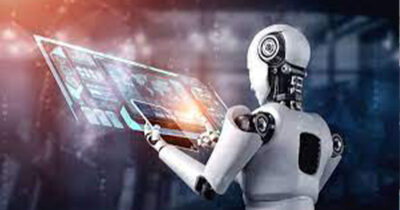