Skip to content
Home H Military Why The US Air Force Said ‘No’ To The YF-23 Stealth Fighter
Posted By stdaily
Posted On October 14, 2022


YF-23 Stealth Fighter – Why the Air Force Passed On This Powerful Stealth Fighter Jet: The Advanced Tactical Fighter (ATF) competition, staged at the end of the Cold ധąɾ, yielded a pair of remarkable fighter designs. The United States would eventually select the F-22 Raptor, widely acknowledged as the most capable air superiority aircraft of the early twenty-first century. The loser, the YF-23, now graces museums in Torrance, California and Dayton, Ohio. How did the Pentagon decide on the F-22, and what impact did that decision have? We will never know, but going with the F-22 Raptor may have saved the Pentagon some major headaches. 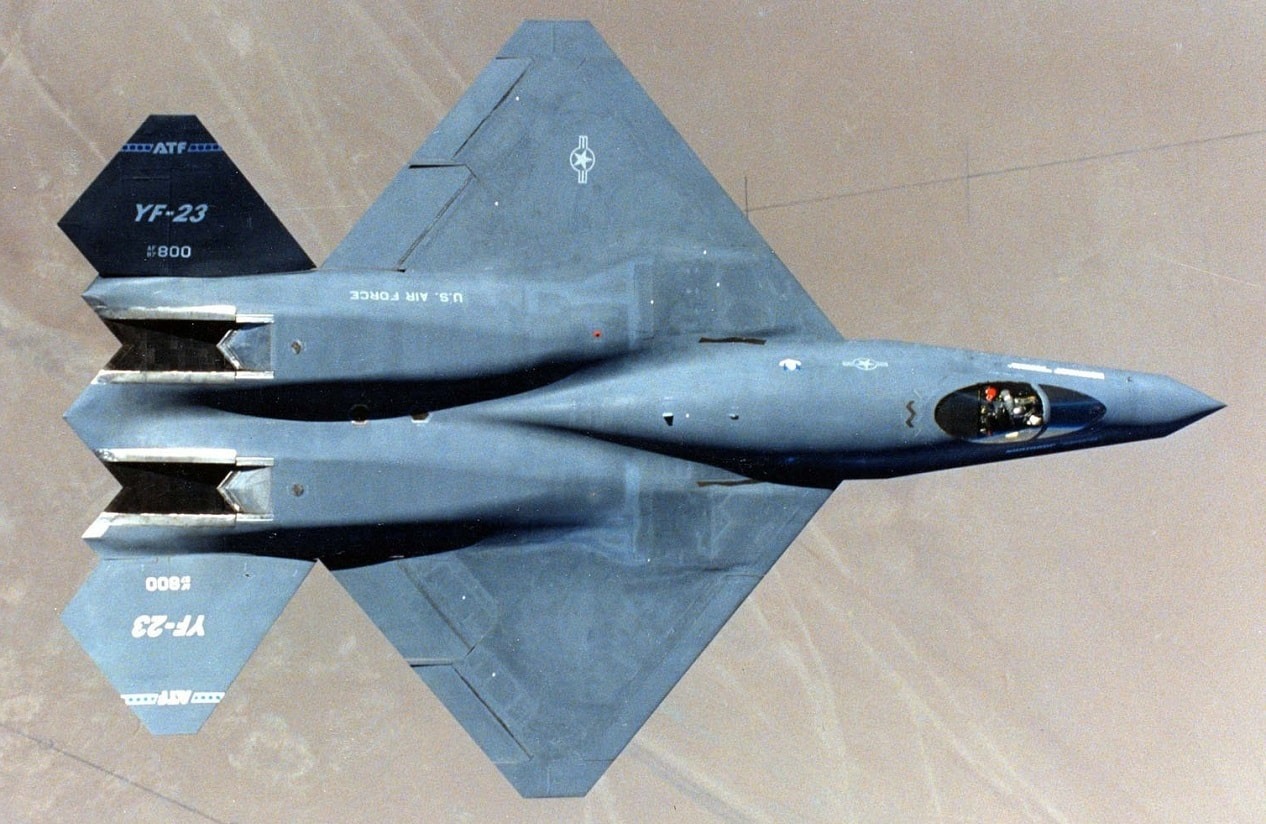 The origins of the ATF competition came in the early 1980s, when it became apparent that the Soviets were planning to field fighters (the MiG-29 and the Su-27) capable of competing effectively with the U.S. Air Force’s (USAF) F-15/F-16 “high-low” mix. The ATF would allow the US to re-establish its advantages, potentially on grounds (notably stealth) where the Soviets would struggle to compete.

To great degree, the success of either of the ATF competitors was overdetermined. The Soviet Union disappeared during the course of the competition, and the major European aerospace powers largely declined to compete on the same terrain (stealth, supercruise, and eventually sensor fusion). Either the F-22 or the F-23 would become the finest fighter of the early 21st century; the only question was which aircraft would win the investment of DoD. And each plane had its advantages. The YF-23 enjoyed superior supercruise, and in some accounts better stealth performance, over the F-22. The F-22 offered a somewhat simpler, less risky design, along with an extraordinary degree of agility that made it an awesome dogfighter. 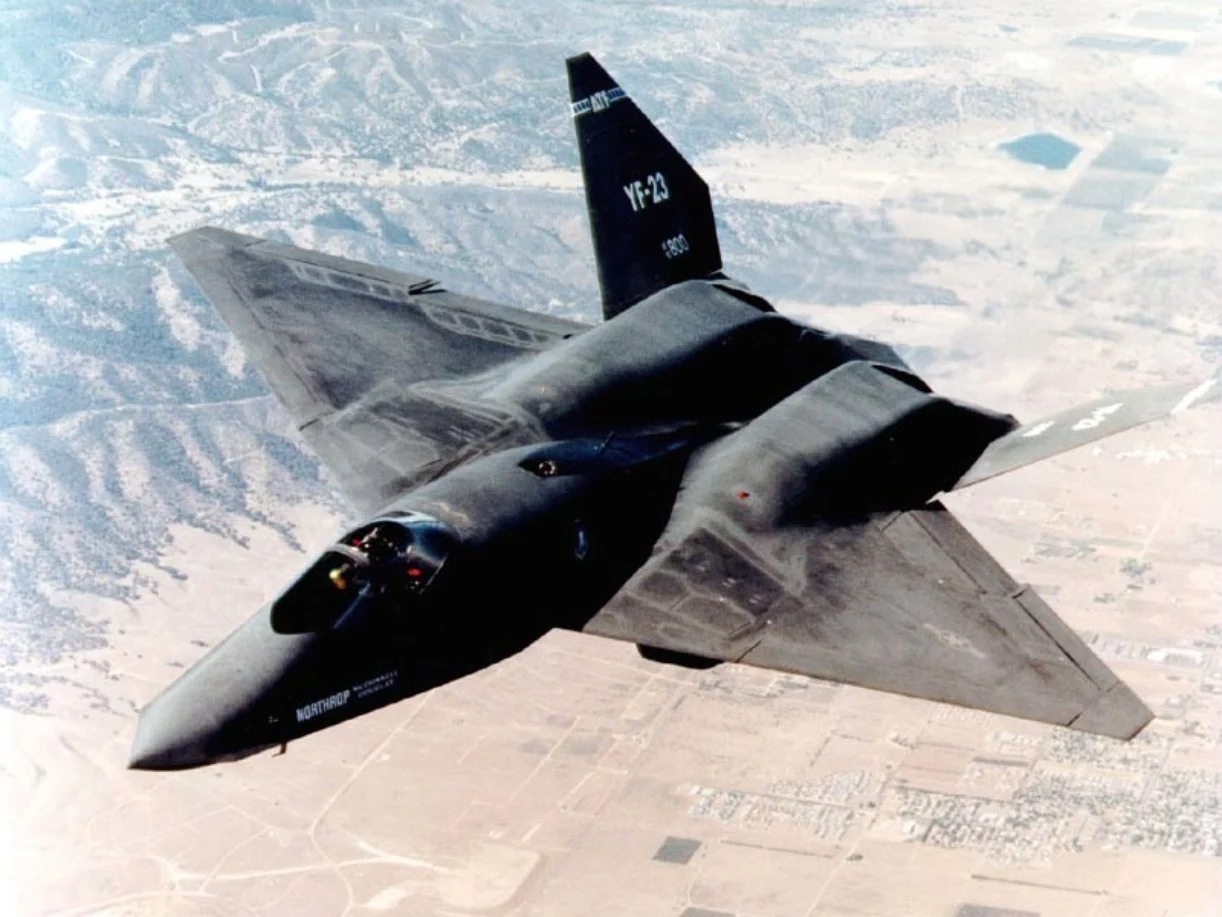 As defense writer Dave Majumdar pointed, political and bureaucratic factors contributed to the selection of the F-22. Fed up with Northrop and (the still independent) McDonnell Douglas in the wake of the B-2 and A-12 projects, the Pentagon preferred Lockheed. The US Navy disliked the F-23 for idiosyncratic reasons, and hoped it would get a crack at a heavily modified F-22.

For its part, the Air Force preferred the gaudy maneuverability of the F-22, which gave it an advantage in nearly every potential combat situation. In a sense, the F-22 (and to some extent its Russian competitor, the PAK-FA or Su-57) represent the ultimate expression of the jet-age air superiority fighter. They can challenge and defeat opponents in every potential aspect of a fight, while also having stealth characteristics that allow them to engage (or refuse an engagement) under highly advantageous circumstances. 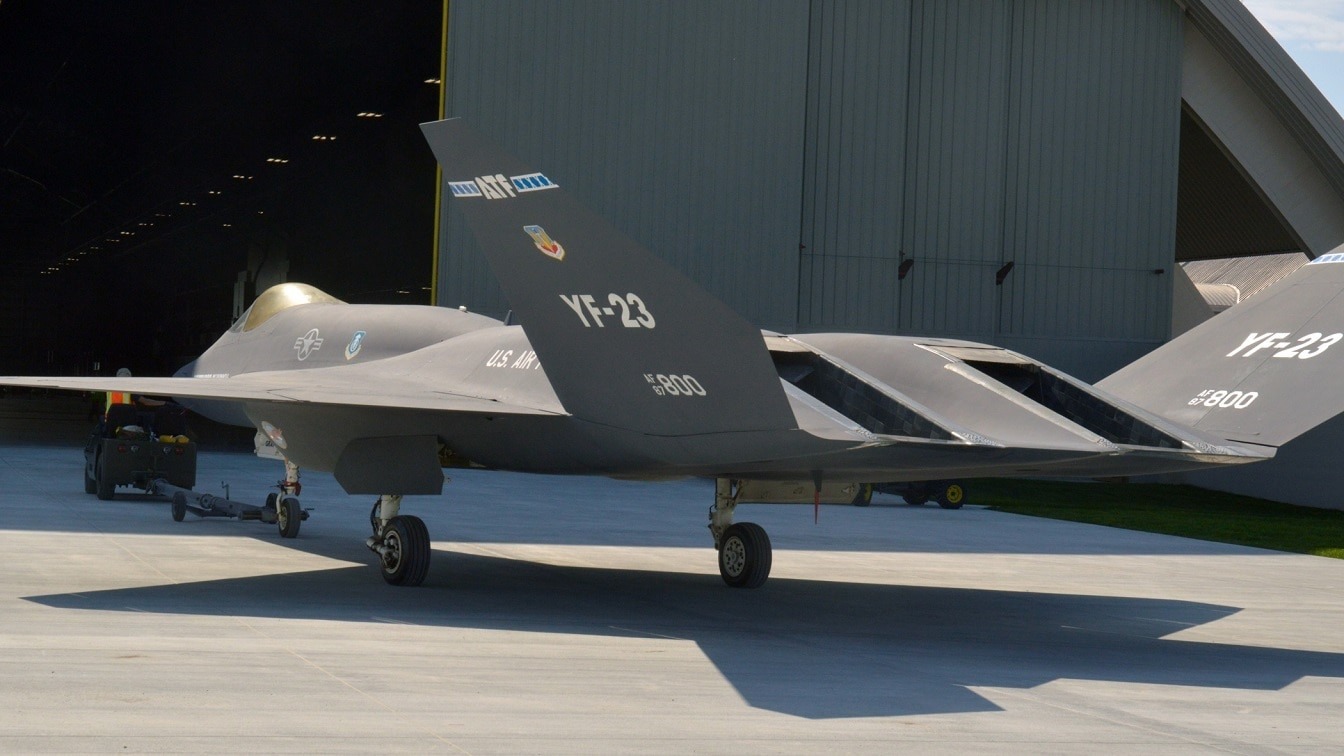 Had the ATF competition not taken place coincident with the collapse of the Soviet Union, the YF-23 might have stood a chance for resurrection. Some of its characteristics were sufficiently advanced that they could have drawn further attention and investment. Moreover, building the F-23 alongside the F-22 could have been justified on grounds of maintaining the health of the US defense industrial base; as it was, the selection of the Lockheed aircraft undoubtedly contributed to the decision to consolidate Boeing and McDonnell Douglas.

As is the case with the X-32, the YF-23 never faced the most dramatic problems to afflict the F-22 Raptor. It never experienced cost overruns, technology failures, software snafus, or pilot-killing respiratory issues. Those problems, which regularly afflict new defense projects (in fairness, the pilot suffocation is largely idiosyncratic to the Raptor) were consequential. In context of the broader demands of the ധąɾ on Terror, Secretary of Defense Robert Gates curtailed the F-22 production run at 187 operational aircraft, just as the fighter was working through its teething troubles. Although understandable at the time, this left the USAF with a fighter deficit that only the F-35 could fill. 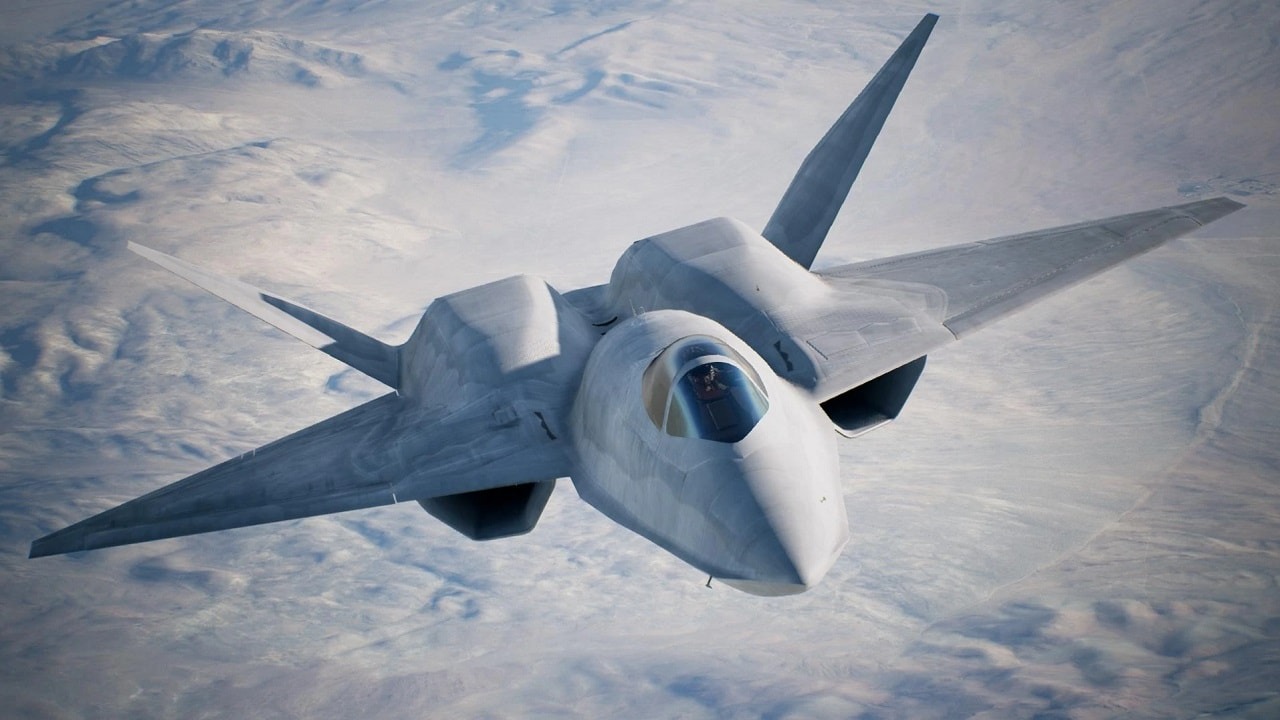 Had the YF-23 enjoyed a smoother development path (a huge “if”), the fighter might not have faced such a hostile environment as it entered service. But given that the YF-23 was generally perceived to be the more innovative (and therefore riskier) design, and that it had a slightly higher price tag, the chances that it could have sailed through without a hitch are correspondingly low. And trouble with design and production might have left the USAF with even fewer operational fighters.

The F-23 included some characteristics that may eventually find themselves in a sixth-generation fighter, or perhaps in the Air Force’s “deep interceptor” intended to support B-21 Raiders on the way to their targets. For example, the V-tail aspect has been mentioned in some of the early conceptualizations for a next-generation fighter. And Boeing will undoubtedly hearken back to its experience with the F-23 when thinking about its next fighter. 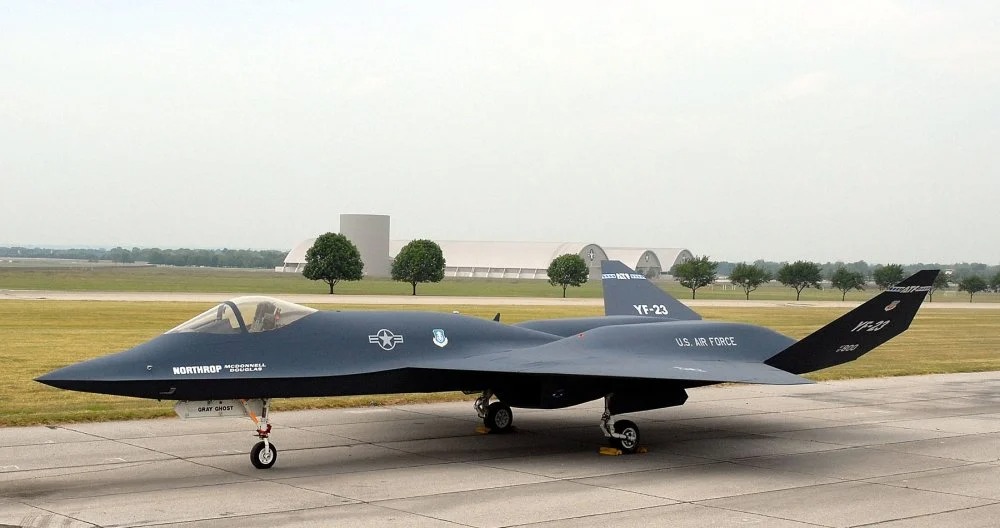 For years, one of the two YF-23 prototypes sat in the Hangar of Unwanted Planes (more formally known as the Research and Development Hangar) at the National Museum of the United States Air Force in Dayton, Ohio. The YF-23 was positioned right under the last remaining XB-70 Valkyrie, the centerpiece of the museum’s collection. Both aircraft have now moved to the newly opened fourth building of the museum, where they continue to represent alternative visions of the (past) future of the Air Force, visions deeply grounded in the industrial and organizational realities of American airpower.