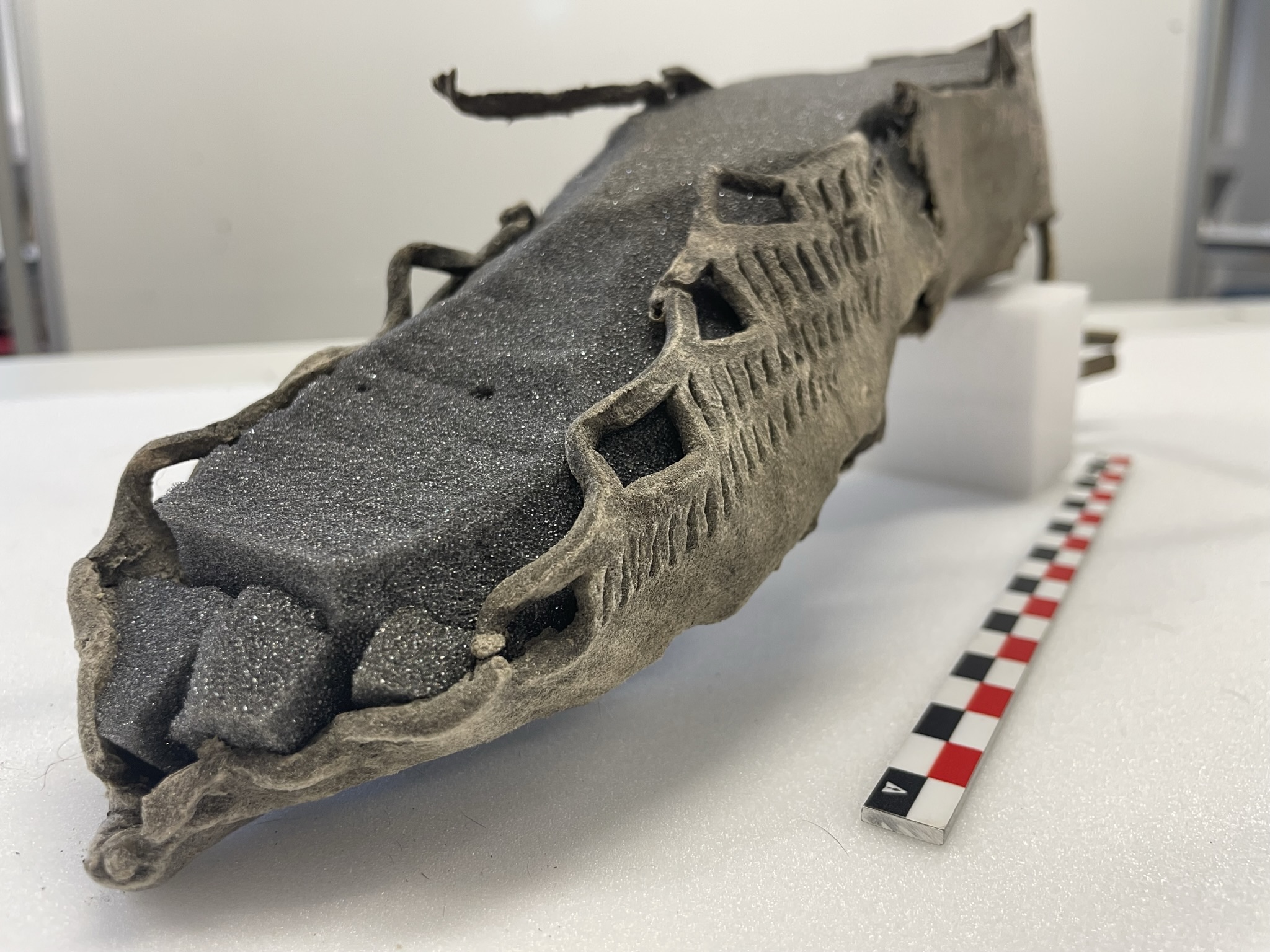 The name itself, the Horse Ice Patch, suggested the presence of an ancient mountain pass, even at such a high altitude, nearly 2000 m above sea level.

Indeed, they had made one or two finds there already. A 700-year-old medieval horseshoe and a horse legbone.

One of the mountain guides who knows the archaeologists well had decided to hike to the Horse Ice Patch. He was pretty sure he had seen objects melted out of the ice. One looked like an Iron Age shoe.

The guide knew what to do. He took photos and GPS coordinates and sent it to the team. “We basically had to just reorganize, motor on and get there”, says Finstad.

“It was up and down in one day. And we found that shoe – it was a shoe – and lots of other stuff too. Horse dung, textiles, leaf fodder, arrow shafts and other items that we were able to bring down”, he says.

There was the name, the Horse Ice Patch. And there were all these cairns clearly marking what must have been a route. But it took the great melt of 2019 to reveal artefacts that allowed the archaeologists to find the ancient mountain pass.

“We have found quite a number of shoes in the ice, from the Early Bronze Age to the Medieval period,” glacial archaeologist Lars Pilø tweeted about the Horse Ice Patch shoe. “Why did people lose their footwear in the snow? They probably didn’t – the shoes are worn out and probably thrown away as rubbish. Well, we don’t think this shoe is rubbish.”Would there always have been snow here? Most likely, Finstad says. The amounts would have varied, but summer or winter, this was no place for flimsy shoes.

“I do a lot of hiking in the mountains, and you know, I find myself thinking, why would you wear that shoe up here… it’s just very, open. Full of patterns and holes. But it was there. We found it on the ice”, says Finstad.

He suggests googling Roмคห shoes for images of similar footwear. The shoe found in the Norwegian mountains is dated to 200-500, so the end of the Roмคห Empire.

“It looks almost like a sandal. It’s pretty astonishing, we’re up here at almost 2000 metres, and we find a shoe with fashion elements, similar to those found on the Continent at the т¡мe,” Finstad says.

It’s not the first shoe they’ve found. At Lendbreen, shoes that cover the entire foot have been recovered. The common thing to wear when crossing a mountain pass where you were quite certain to encounter snow would be something made out of a large piece of animal skin that covered the entire foot.

“It’s easy to joke about a Roмคห tourist who didn’t quite understand much about the country he was visiting”, Finstad says.“But in any case, I believe the people who walked these routes most likely knew what they were doing. They would have worn something inside this shoe that made it work. Perhaps scraps of fabric or animal skin”.

Photo by Vegard Vike from the Museum of Cultural History in Oslo, where the shoe is kept. Vike studied the shoe in detail and also made a reconstruction, more in this tweet.

Although the items recovered are exciting in themselves, what they reveal in the landscape is the truly interesting find, according to glacial archaeologist Finstad.

“You have this vast wilderness, with no traces of humans”, he says.

“But then you realize it’s actually brimming with clues. Little clues at first, but then when they multiply, and you can see them altogether, this whole new story appears”, he says.

The shoe, the horse dung, the textiles – they’re more than items melted out of the ice. “They connect the landscape in the inland of Norway to the coast. This is cultural heritage, it gives this landscape an entirely new story, another context than just an item you found in the ice.”

Finstad and the team have been at it in the mountains for more than 15 years. They know of hundreds of pre-historic cairns – stone structures that signaled to the travelers where the route went – all over the mountains, all over the ice.

The items left behind by travelers мคหifest what they suspected – this was a mountain pass that people used. One new piece of a web of ancient trails in the mountains.

“It’s a giant puzzle. We’ve been close to figuring out where these mountain passes go for a while, we’ve been out there looking for clues. And then these finds appear and reveal one of them. It’s just very exciting”, Finstad says.

The items found on the Horse Ice Patch are still in the ice – suggesting that future melts will reveal lots more items in the years to come.

Tracing the routes from the Horse Ice Patch, led the archaeologists in three directions. One went east to the Neto summer farms that date back to the 17th century. This is the same place that the team have also discovered a lost Viking Settlement.

A second and third route went west, toward the coast, to Sognefjord. They may represent routes that worked well in different seasons, you would choose your path depending on weather and snow.

Finstad estimates that it would take a traveler about two days to walk from the inland to the coast.

11 items found at the site have been dated, suggesting the route was used from around the 200s to the end of the 900s. Future finds may expand this т¡мe frame.

There are four datings of horse dung, from four different spots in the pass. They range from the year 567 to 979, with the majority dated to the Viking Age. This suggests that there was great activity here during that т¡мe – as is the case with the Lendbreen mountain pass.

The leaf fodder would have been food for the horses during travel, or could also be traces of traffic between the summer farms and the main farms – twigs and leaves were brought back to the farms.

“We imagine that people who travelled here would have had some sort of errand, a reason to move between these landscapes”, says Finstad.

“At least the one that moves west to the coast. Perhaps they were trading or exchanging goods. They would have brought maybe leather, antlers, animal skins to the coast, and brought back salt and other goods”, he says. 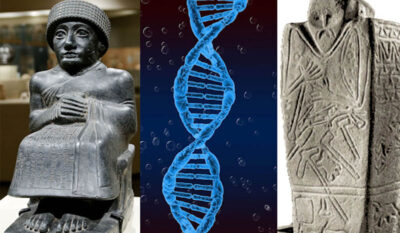 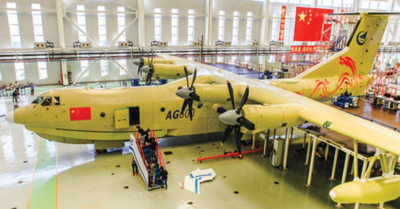