Ellen Lloyd – Icestech.info – When stories about the mysterious Old Leather Man started circulating, many wanted to know more about the unusual man. People said they had seen a strange vagabond walking all over New England. Sightings of the peculiar drifter were reported from 1883 to 1889, but who was he? 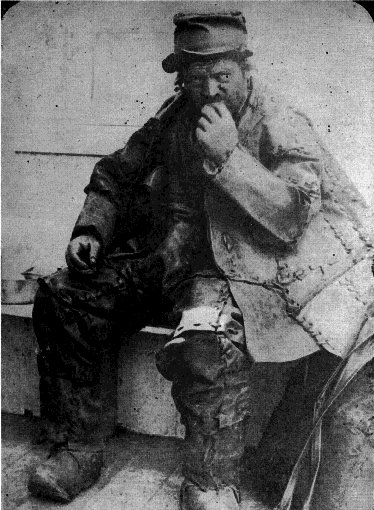 “Unlike other vagabonds, and there were many wandering the countryside in those days, this fellow was strangely compelling. He wore a hand-stitched suit, made entirely of leather-leather pants, leather shirt, leather coat, leather scarf, leather shoes, and leather hat–all made by himself. Because he’d never revealed his name, people took to calling him the Old Leather Man. His route was always the same, a 364-mile loop across two states that took him through several towns, and that he would walk over the course of 34 days.” 1

It seems the man, whoever he was, had some money because he could afford to buy food in local stores. Whether he was an American, Canadian, or European could never be adequately determined. The Old Leather Man was reluctant to speak, but his English was broken and heavily accented when he uttered some words. Some said he was fluent in French. He would abruptly end the conversation whenever he was asked about his background.

“People soon learned to avoid asking him about his past, or asking his name, for that was a sure way to get him to walk away. Theories abounded over who he was, but no one knew for sure, but he did wear a religious medal, and those who fed him on a Friday noted that he would never eat meat on that day, suggesting he was a Catholic.” 1

That he was a religious man could be true, considering a French prayer book dated 1844 next to his dead body.

It was also difficult to understand why he always preferred to sleep outside. There was no need since he had money and could stay indoors.

There was nothing unpleasant about this stranger. He was never violent and was not a thief. People became accustomed to seeing him as he followed his regular route, and locals prepared a meal for him, knowing he would show up on that particular day. 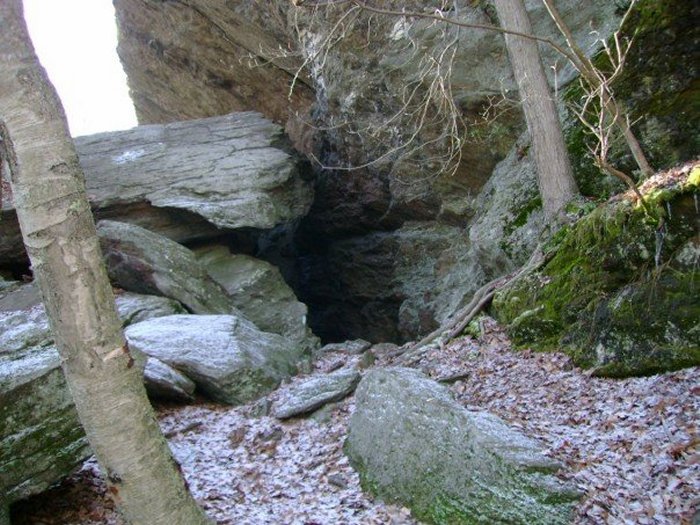 “As the years passed, the Old Leather Man began to look increasingly haggard. He developed cancer on his lip, but refused medical treatment, and continued with his regular rounds. T hen, one day, he missed his usual rounds. He was found a few days later, in one of his caves near Ossining, New York. The local coroner determined he had died of cancer.

Local citizens chipped in to buy a coffin and headstone for their favorite tramp, and buried him in the local Potter’s Field.

Rummaging through his things, they found no clue as to his identity, although they did find a clue to his strength–the suit he wore day in and day out as he traveled his perpetual circuit weighed sixty pounds.

His gravestone read, “FINAL RESTING PLACE OF Jules Bourglay OF LYONS, FRANCE ‘THE LEATHER MAN’ who regularly walked a 365 mile route through Westchester and Connecticut from the Connecticut River to the Hudson living in caves in the years 1858–1889.” 1

The mystery of the Old Leather Man’s identity has never been solved. Some suggest he was a Native American from the French-speaking parts of Canada, but this remains an unconfirmed theory. 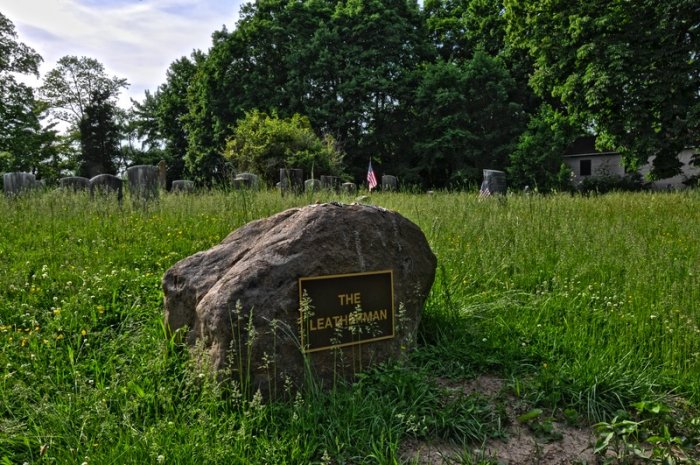 Whatever secrets the Old Leather Man had, he took them with him to his grave. He was an unusual, controversial man who, for some reason, repeatedly walked a 365-mile route year after year. Why he did this, we may never know, but he has never been forgotten. People still visit the caves where he slept, and songs have been written about this fascinating vagabond.