Skip to content
Home H History & Archeology Vercingetorix: Greatest Of All Gallic Leaders And Hero Of The French People

A. Sutherland – Icestech.info – Vercingetorix was one of the best-known and greatest Gallic leaders. He was a militant leader who courageously challenged Julius Caesar. He lost his battle but retained the honor by giving his own freedom and life in exchange for saving his people. 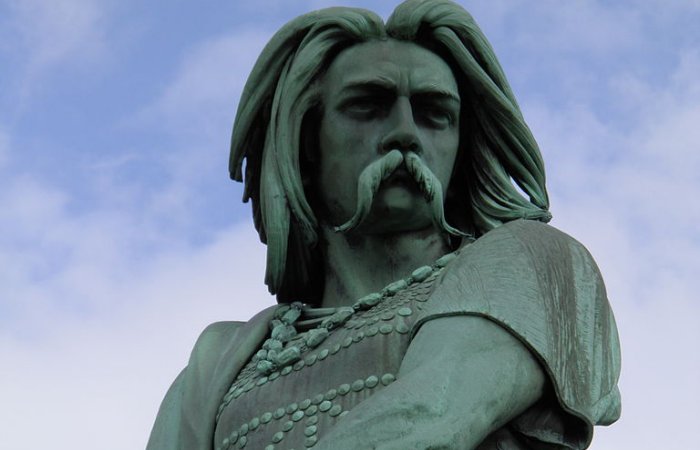 He belonged to the Arverni people, one of the most powerful Celtic tribes in ancient Gaul. The Arverni had their massive stronghold Gergovia in south-central France.

The Arverni made Vercingetorix their king, and even the chieftains of a confederation of Gallic tribes supported him as commander-in-chief. He was a charismatic and respected leader, but he was not the commander of a unified force.

Vercingetorix was a young nobleman whose father was killed while attempting to make himself king. Vercingetorix could not rely on his family; both his uncle and the rest of the nobles believed that opposing Julius Caesar was a too great risk.

In his fight against the common enemy, Rome, Vercingetorix had become a seasoned warrior; he gathered an army of poor men, made alliances with other tribes, and took the mountain stronghold of Gergovia (52 BC) in a battle, in which several thousands of Romans and allies died, and Caesar’s Roman legions withdrew.

For now, Vercingetorix was welcomed there as the king.

The conquest of Gaul (France) lasted about a decade: the Romans entered the Alps in 58 BC. 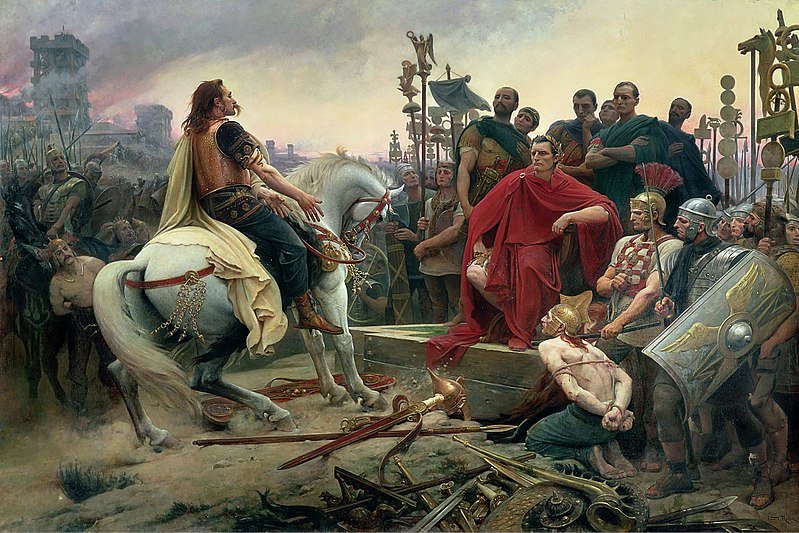 Vercingetorix throws down his arms at the feet of Julius Caesar. Siege of Alesia painting by Lionel Royer (1852–1926). Credit: Public Domain

The Gauls did not form a single state but consisted of many states of different ethnic origins.

In the late Iron Age, their different cultures (called Celts or Gauls by the Greeks and Romans) had started to resemble each other, largely due to trade and exchange. They were also feared by neighbors because of their systematic invasions.

While Caesar conquered one tribe, the other was about to rebel, and among the Gauls, he had the greatest enemy -Vercingetorix, who learned the tactics and strategy of the Romans.

Perhaps he secretly dreamed of achieving something similar to what his father, unfortunately, could not.

He was disappointed; he wanted to help his people who faced the brutal treatment from Caesar’s soldiers running around in Gaul attacking tribe after tribe after tribe for more than five years. It is believed that about a million people perished during these activities.

Vercingetorix knew about the difficult political situation of Caesar: triumvirate was falling apart – Crassus was killed in the sands of the Middle East against the Parthians, and Pompey was more and more influential in Italy.

It was the best time to start the uprising. Vercingetorix gathered a large, highly mobile army, and in fact, in the beginning, he pressed the attack repeatedly and was able to achieve small vic tories, forcing Caesar’s army to withdraw to the south. 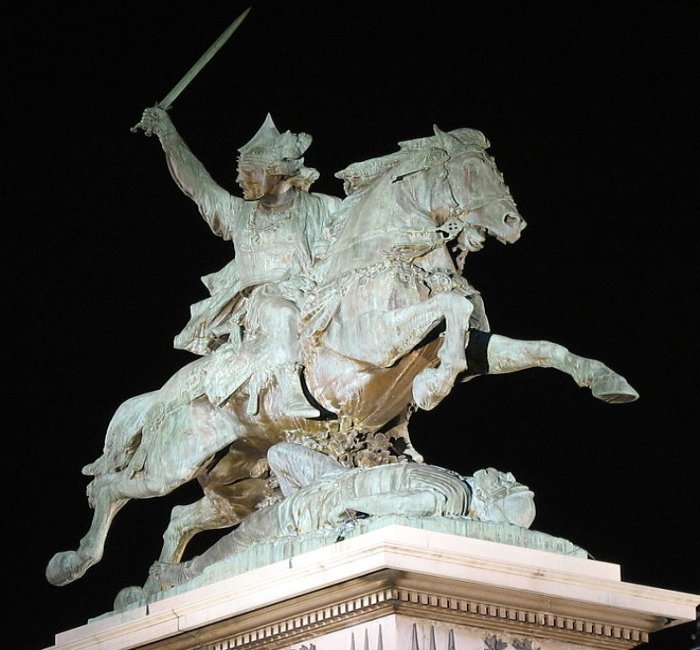 Statue of Vercingetorix by Frédéric Bartholdi, on Place de Jaude, in Clermont-Ferrand, France. Image via wikipedia

Vercingetorix’s strategy appeared to be working, but then, the turning point was the Battle of the Saône, where Vercingetorix was forced to retreat because he had difficulties feeding his men, so he decided to head north to his main supply base at Alesia (modern-day Alise-Sainte-Reine in eastern France) to regroup, refit and resupply.

Suddenly, he learned that Caesar, instead of heading back to Rome, decided to pursue him. Vercingetorix’s decision to retreat to Alesia – whatever the reason for it he had – it would prove to be a fatal strategic error. Instead of confrontation in a battle, Caesar began the Siege of Alesia.

Finally, food stores were almost running out inside Alesia, and real suffering began. The Gauls began to pursue acts of cannibalism and fell all hope of victory. Apparently, Vercingetorix’s attempt to unite the Gauls against Roman tyranny and win the battle came too late. 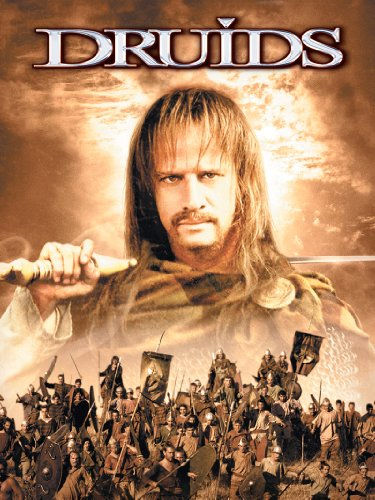 Christopher Lambert as Vercingetorix in the movie Druids. Credit: IMDb

Vercingetorix decided to surrender to Caesar immediately and pay tribute to Caesar by offering himself for sparing his people. He was not treated by his captors in the way his bravery deserved. He was taken into prison in Roma for six years. In 46 BC, Vercingetorix – a proud and very courageous warrior – was executed (probably strangled). Unfortunately, he died not like a warrior in a battle.

Many monuments of Vercingetorix were erected in France during the 19th century; he is alive in the memory of the French people.

Julius Caesar – The Conquest of Gaul