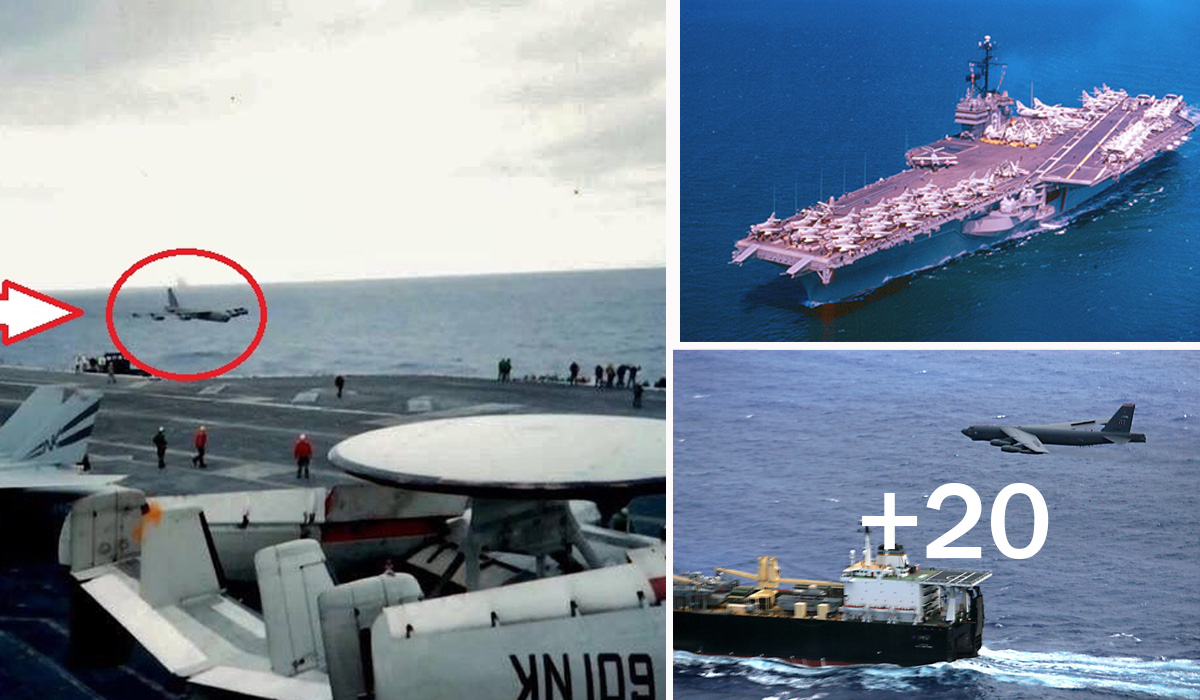 B-52 Pilot: “Ranger, we’re 5 miles out.”
USS Ranger: “We do not have visual…”
B-52 Pilot: “Look down”
Taken in the spring of 1990 in the Persian Gulf, the impressive pictures in this post feature U.S. Air Force (USAF) B-52 Stratofortress strategic bombers buzzing USS Ranger (CV-61) aircraft carrier. 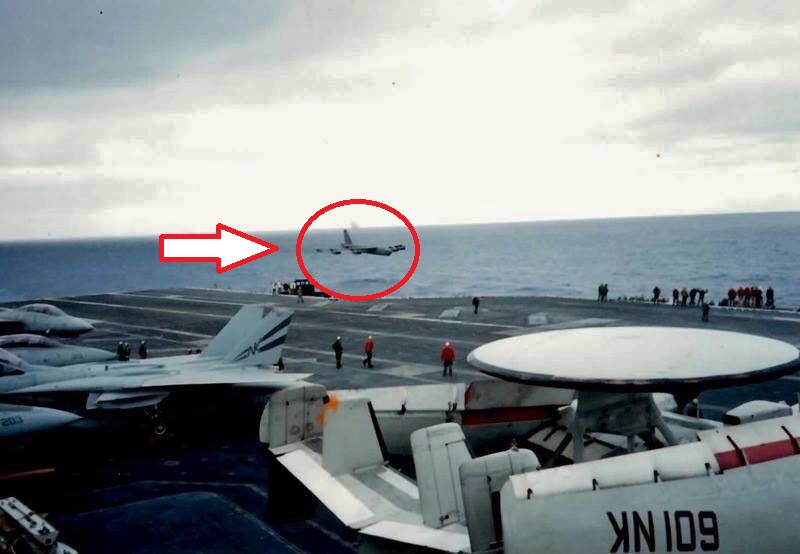 The story went as follows.

Two B-52s called the USS Ranger and asked if they could do a fly-by, and the carrier air controller said yes. 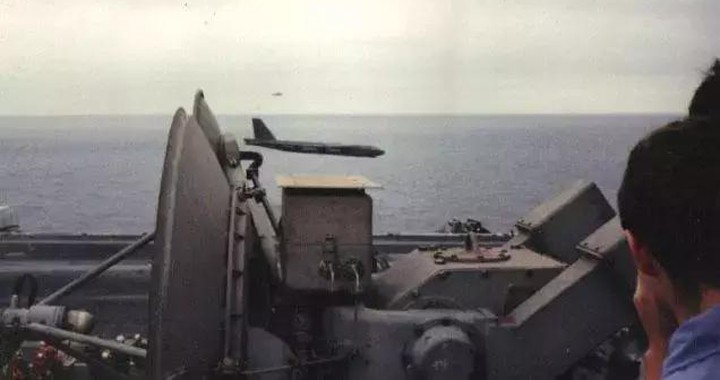 When the B-52s reported they were 9 kilometers out, the carrier controller said he didn’t see them. The B-52s told the carrier folks to look down. 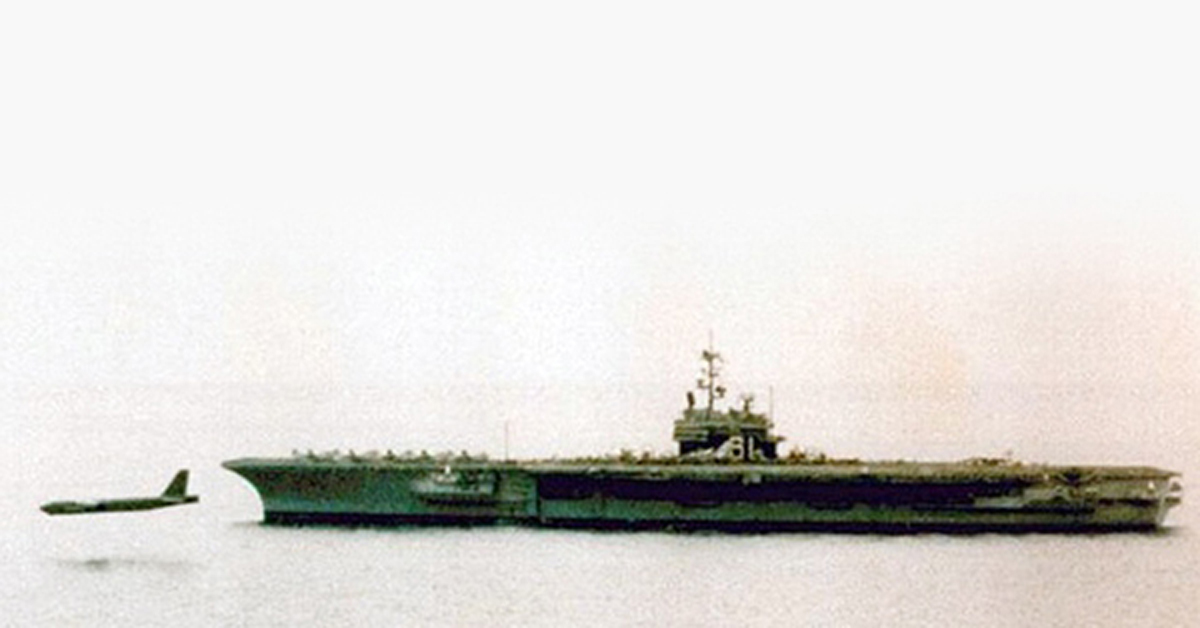 That time a USAF B-52 Strategic Bomber did a fly-by below the flight deck of USS Ranger Aircraft Carrier
According to The Tailhook Association website, the B-52 paint scheme made it hard to see from above, but as it got closer, the sailors could make it out, and the water the B-52 jets were causing to spray out.

As we have already explained (click here to read the article) B-52s usually practiced low level flights during Cold War years to come in under Soviet radar. In this case, the B-52 pilots asked the carrier controller if they would like the bombers come around again. The carrier guys said yes, and a lot more sailors had their cameras out this time.

This print is available in multiple sizes from Aircraftprofileprints.com – CLICK HERE TO GET YOURS. B-52H Stratofortress 2nd BW, 20th BS, LA/60-0008 “Lucky Lady IV”.
Although it’s very rare for a USAF aircraft to do a fly-by below the flight deck of a carrier, it’s not rare seeing B-52s doing low fly-bys over US Navy flattops.

In the winter of 1981 in fact, two Guam-based B-52 Stratofortress strategic bombers performed a low fly-by over USS Midway (CV-41) aircraft carrier. Here you can read the whole story of the USS Midway low fly-by written by B-52 commander Doug Aitken.

Update: Tim Manley, reader of The Aviation Geek Club, brought to our attention that the main photo used for this article was taken on the USS Independence (CV62) not the USS Ranger. A claim proved by the tail markings on the F-14 from VF-154 and the E-2C from VAW-115 parked on the flight deck. Both squadrons were deployed as part of CAG-5 which is can be identified as NK in the tail of the aircraft that were​ assigned to CV-62. They were never deployed on the​ Ranger. Stay tuned for additional updates if further details on this story had to come to light! 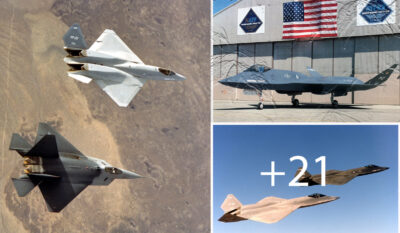 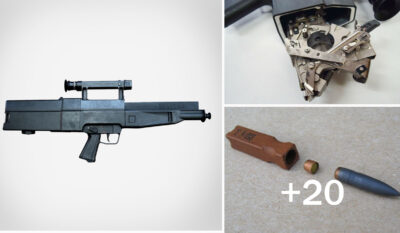