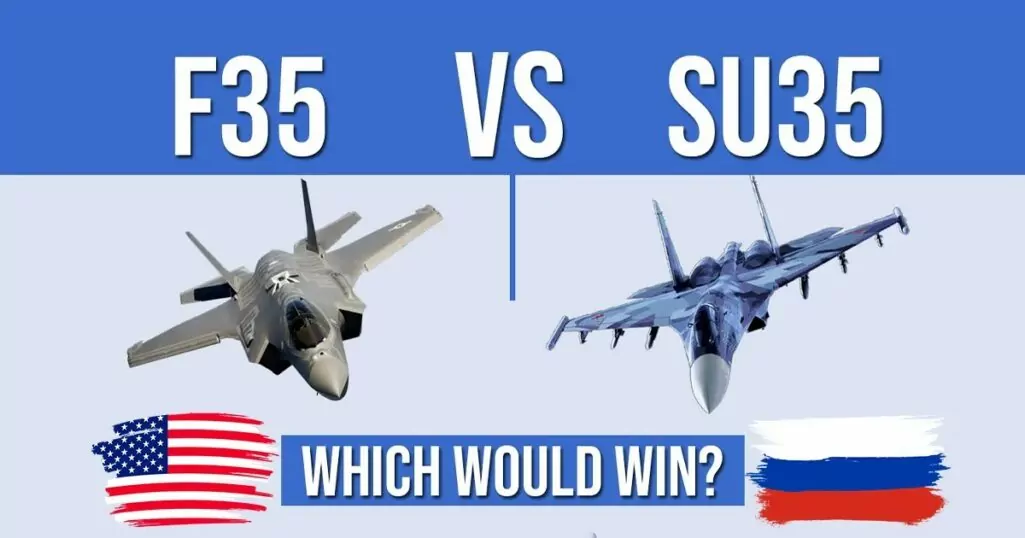 There are now two airplanes in the world that are markedly different from all others. They are the Russian Su-35 of the fourth generation and the American F-35 of the fifth generation. If you’re looking for the best, you’ve come to the right place.

But what’s the point of comparing a 4th generation aircraft against the American F-35 5th generation fighter?

There are two reasons for this:

First, the Su-35 is a powerful fourth-generation fighter, and some people also classify it as the 4.5 generation. Just the absence of stealth technology makes it ineligible for the fifth-generation classification.

Second, we are not the only ones who believe that it is impossible to predict which of the two fighters will win in this battle. Each fighter is outstanding in certain points, which makes the comparison even harder.

Let’s start by comparing their specs.

The following table shows some of the most important specs of the American F-35 and the Russian Su-35: 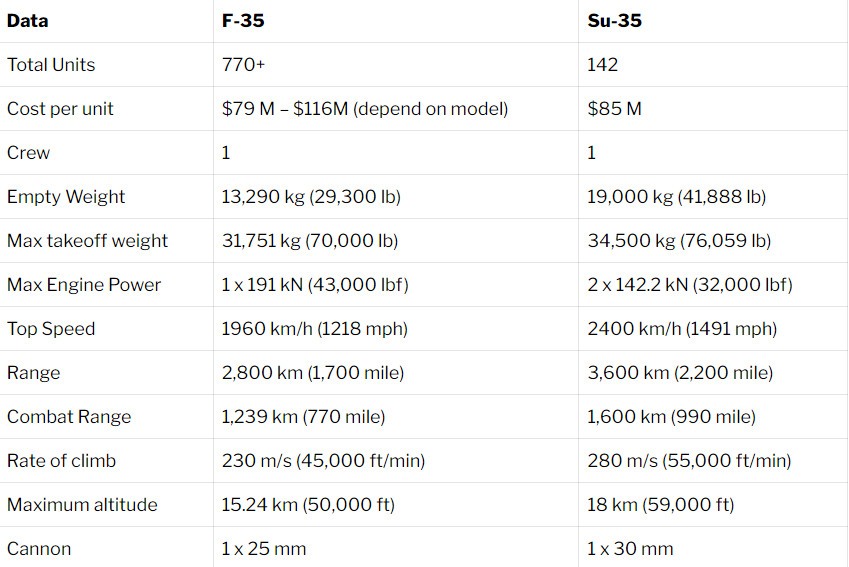 As previously said, comparing two airplanes with extraordinary and comparable indications is challenging. However, it is clear that the Russian fighter is more powerful in multiple points. The Su-35 is faster, has a longer range, and has two powerful engines instead of one. So the battle has ended before it starts? NO!

It’s like comparing iPhones to Android devices. The power of the Android is in its specs, hardware, and open system, while the power of the iPhone is in technology and secured software. The stealth ability that the F-35 has is a great advantage that could change all the game in the sky. This technology aims to make it invisible to radars. This makes it invisible to the Su-35! And this is one of the reasons that makes the F-35 so special 5th-generation fighter jet.

As a result of the Su-35’s radar’s inability to identify the F-35 while flying (though it can do so from the ground), the Russian fighter has a short time to respond. Making it an easy target for the American fighters.

Source: militarywatchmagazine
However, the latest technological advancements the Russians have done to their radars “maybe” have solved this issue. The Russians have made significant progress in overcoming this advantage, and they now have stealth detection systems.

As the Su-35 is not a stealth aircraft, the F-35 is almost certain to intercept it. However, is it possible for the Su-35 to detect the F-35 using its own radar?

This means that the Su-35 will be able to intercept the F-35 because the F-35’s stealth technology has a radar reflecting surface of less than 0.1 square meters. How much less? We don’t know. But with this available information, the Su-35 could be able to detect the F-35.

So Russians have solved the stealth problem, right? NO! Stealth technology is not developed just for the aircraft but also for missiles. 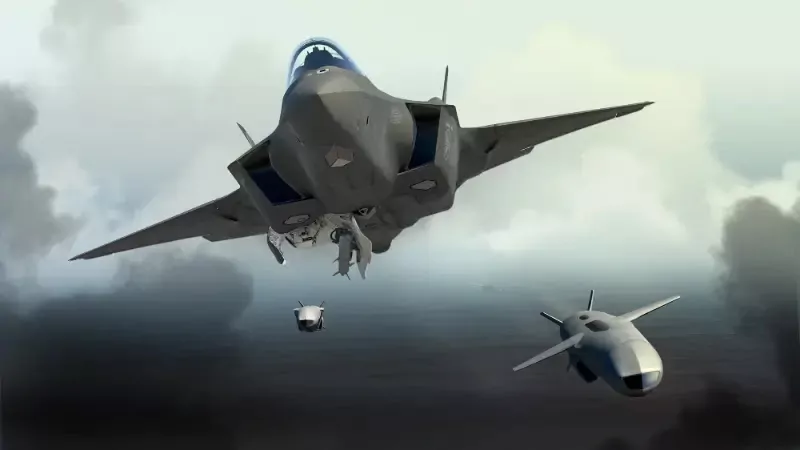 The American F-35 possesses the American-made AGM-158C LRASM anti-ship missile developed for the military. It’s unique in that it features stealth technology and an autonomous mode of operation, which makes it particularly useful for intercepting a specific target.

This makes it extremely dangerous and undetectable. On top of avoiding enemy active defense systems, the missile will also be able to receive and aim at the target without previous or accurate inspection, utilizing just onboard systems.

Maneuverability and Speed
Even though the F-35 is superior in stealth technology for the aircraft and the missiles, and the Su-35 might have a short time to respond, this short time might actually be enough! This is due to the high speed and maneuverability it has.

The F-35 has a technological edge over the Sukhoi Su-35 because of its advanced avionics and technology, but it lags behind in terms of speed and maneuverability. Anyone with even a little information about fighter jets, or who has taken the time to read, will come to the same conclusion: no fighter in the world can match the Russian fighter’s maneuverability.

Su-35 Crazy maneuverability
This is deeply ingrained in Russian culture and mentality. Do you see a pattern or consistency in the American and Russian approaches to weapon construction? They have different approaches.

Also Read: This Light Bulb will Never Turn OFF!
As a result, the F-35 of the United States is no faster or more maneuverable than the Su-35 of Russia. In order to fly as fast and maneuverable as the Russians, the Americans will have to give up something in the airplane’s construction, and this will almost certainly be a feature of modern technology.

But why is the Russian fighter faster than the American? Easy, because it has 2 engines instead of 1.

Conclusion
Even though there are still many points to discuss about these fighter jets, what we have stated is enough to conclude the following:

Both fighter jets are top-notch. Neither country needs to worry about securing its airspace if it has one of the two.

The differences aren’t great, but they each have advantages and disadvantages in certain areas.

Watch this video that is comparing between the two jets: 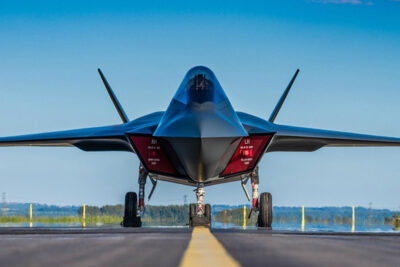 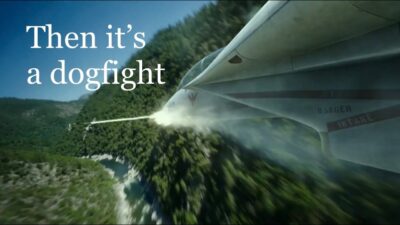