The S-70A helicopter is the export version of the multi-mission Black Hawk developed by Sikorsky.

The UH-60 Blackhawk is a multi-mission medium lift helicopter manufactured by Sikorsky, a Lockheed Martin Company.

The aircraft have logged over four million flying hours, including a diverse range of combat missions in Grenada, Panama, in the liberation of Kuwait, Somalia, Afghanistan, Iraq and numerous humanitarian and rescue missions including operations in Bosnia. The helicopters are manufactured at the Sikorsky Aircraft Corporation production facilities based in Stratford, Connecticut, USA. Licensed production of Blackhawk helicopters is also carried out in Japan and the Republic of Korea. 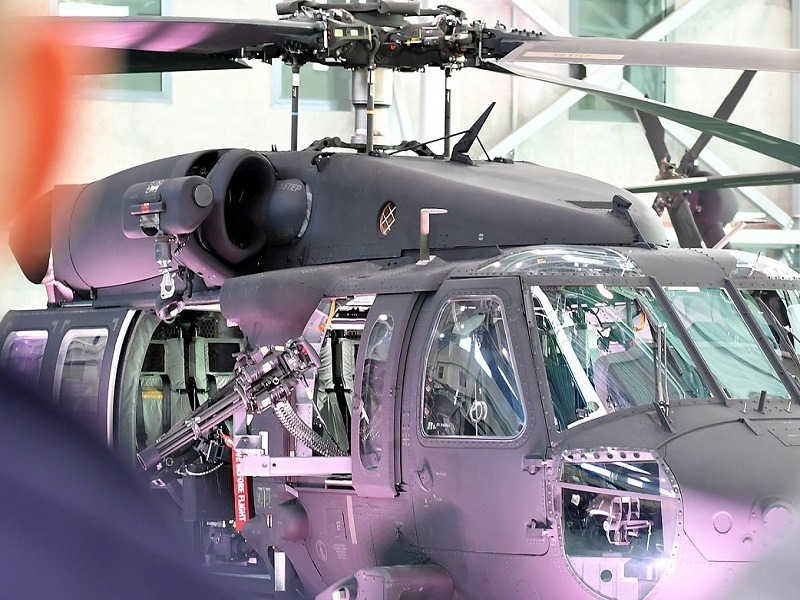 The Black Hawk has been operational with the US Army since 1978.

The primary mission of the Blackhawk helicopter is as a troop carrier and logistical support aircraft, but in addition the helicopter can be configured to carry out medical evacuation, command-and-control, search-and-rescue, armed escort, electronic warfare and executive transport missions.

More than 2,000 H-60 variants are in service with the US Military and more than 600 exported. The S-70A helicopter is the export version of the multi-mission Blackhawk developed by Sikorsky.

The UH-60s are designed to strict military standards and provide ruggedness, dependability, and versatility.

The Blackhawk has low detectability and outstanding nap-of-the-earth flight capabilities. The aircraft is tolerant to small arms fire and most high-explosive, medium-calibre (23mm) projectiles. The flight controls are ballistically hardened and the helicopter is equipped with redundant electric and hydraulic systems.

The Black Hawk helicopter can be armed with a variety of missiles, rockets, machine guns, and 20mm canons.

The helicopter has the ability to absorb high-impact velocities. The fuel system is crash-resistant and self-sealing. The crew seats and the landing gear are energy absorbing.

In April 2001, the US Army approved an upgrade programme for more than 1,500 Blackhawks to UH-60M standard. The first flight of the UH60M took place in September 2003 and three helicopters have been delivered for the test programme.

The US Army initially decided to opt for new build helicopters rather than upgrade existing airframes.

The new-build helicopter entered low-rate initial production (LRIP) in April 2005. The first of 22 new UH-60Ms was delivered in July 2006. Initial operational evaluation (OPEVAL) is underway and a decision on full-rate production of 1,227 helicopters was authorised in December 2007 with the award of a five-year contract.

Under this contract six UH-60M utility and 20 HH-60M combat rescue helicopters were ordered in March 2008. 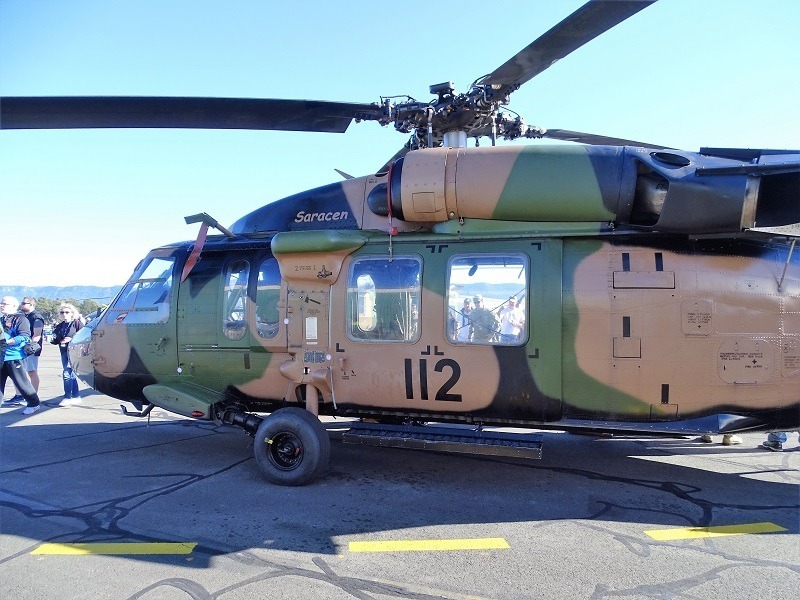 The Black Hawk is used by the US and more than 25 other nations.

The helicopter is flown by a crew of three: the pilot and the co-pilot at the flight deck and one crew member in the cabin. The Blackhawk helicopter is equipped with a glass cockpit and digital avionics.

The Blackhawk is qualified as a launch platform for the laser-guided Hellfire anti-armour missile. The Blackhawk can carry 16 Hellfire missiles using the external stores support system (ESSS). The ESSS has the capability of carrying a 10,000lb payload of missiles, rockets, cannons and electronic countermeasures pods. The helicopter can also accommodate additional missiles, supplies or personnel inside the cabin.

The US Army Black Hawks are fitted with the Goodrich AN/AVR-2B laser threat warning system.

The cabin is equipped with a ventilation and heating system. The S-70A can carry external loads up to 9,000lb (4,072kg) on the cargo hook – for example, a 155mm howitzer. The main cabin can be cleared of troop seats for transportation of cargo. Additional stores can be carried on the external stores support system.

The S-70A is equipped with two General Electric turboshaft engines, type T700-GE-701C. US Army Blackhawks are being fitted with latest version, the 701D, which is rated at 2,000shp. 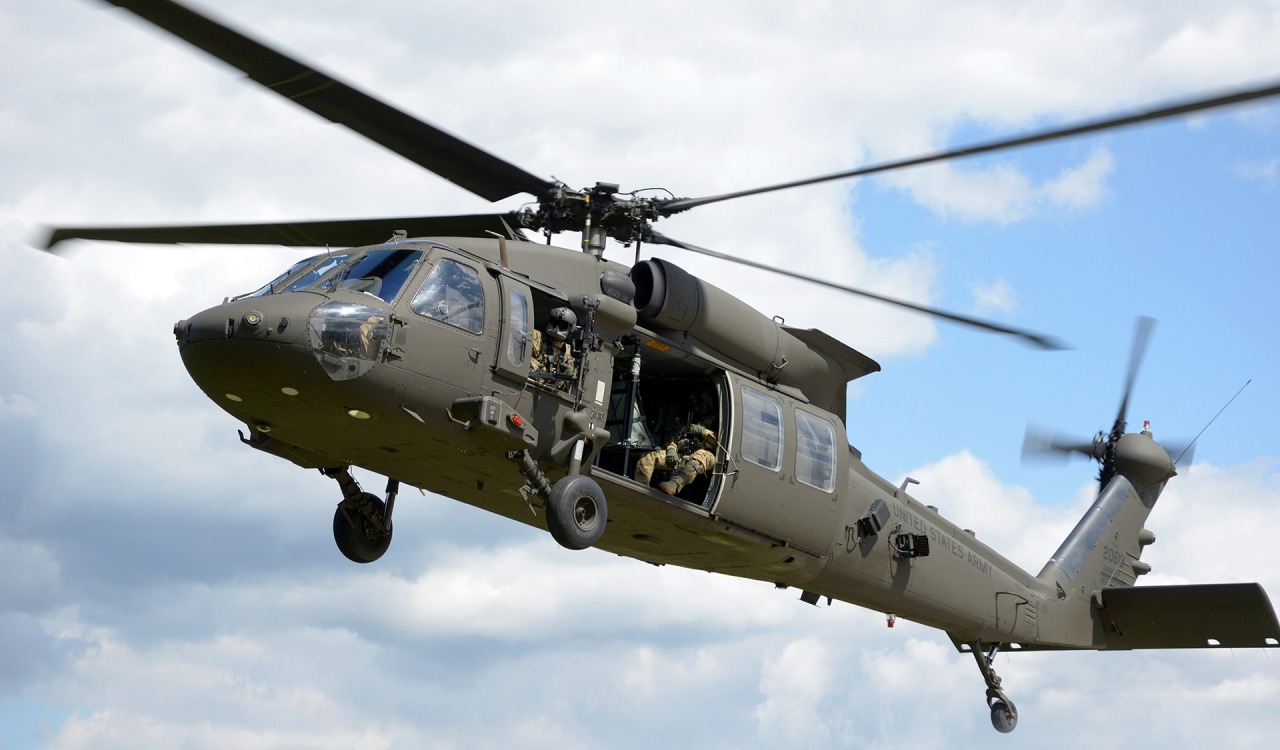 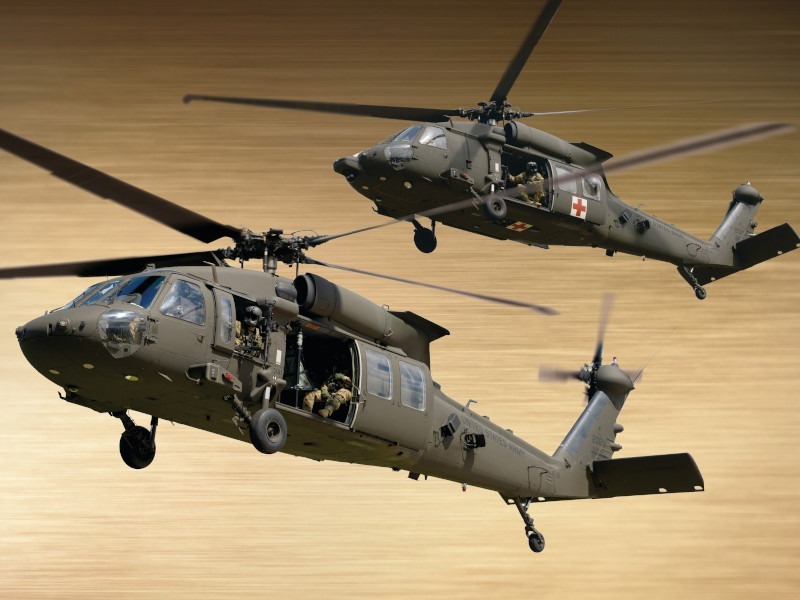 In September 2010, the Swedish Defence Material Administration requested the sale of 15 UH-60M helicopters through the US Government’s Foreign Military Sales programme. This was approved in May 2011.

In June 2012, the Defense Security Cooperation Agency informed Congress about a possible FMS of 12 UH-60M helicopters to Qatar.

In July 2012, the US Army and Navy placed an $8.5bn contract with Sikorsky for 653 Black Hawk and Sea Hawk helicopters by December 2017. The five-year contract also includes an option to acquire 263 additional aircraft.

Sikorsky signed a letter of intent with Wojskowe Zaklady Lotnicze NR 1 in September 2012 in response to the Polish Government’s decision to acquire 26 S-70i aircraft for the Polish Armed Forces.

In October 2016, Sikorsky completed the delivery of the 1000th unit of the UH-60M Black Hawk helicopter to the US Army.

Sikorsky received a five-year contract worth $3.8bn from the US Government for the delivery of 257 H-60 helicopters including the UH-60M and HH-60M MEDEVAC aircraft in June 2017. The contract includes an option 103 additional aircraft, which if exercised will increase the total contract value to $5.2bn. The deliveries are expected to be completed by 2022.

In July 2021, Sikorsky was awarded a four-year contract by the Brazilian Air Force to provide logistics support and sustainment of 16 UH-60L Black Hawk helicopters.