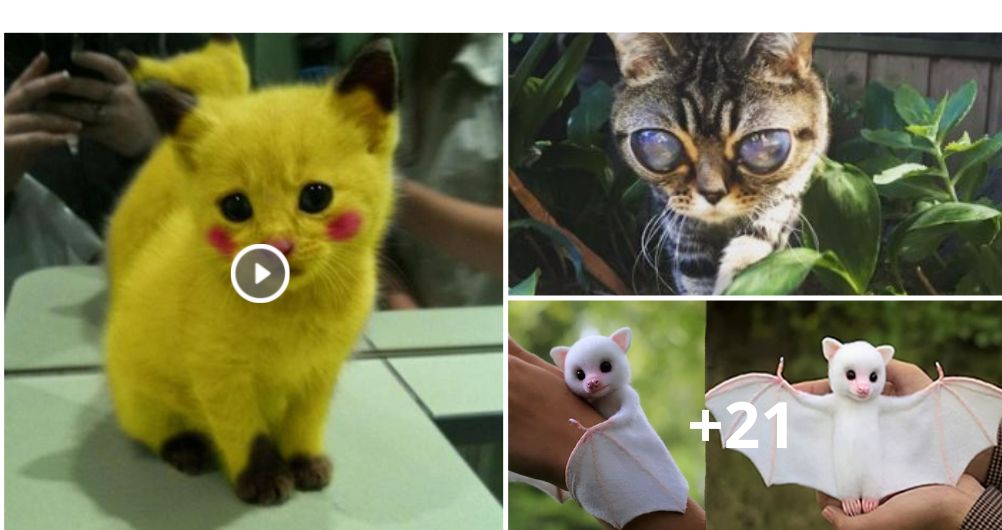 There are approximately 8 million cats in the UK and a whopping 600 million cats in the world but none as strange and peculiar as the top 10 cats on this list.  Some are world record breakers and some are certainly just very different but all of them have had their claim to fame at one point or another.

Here is out top 10 of the strangest cats in the world:

10)  This chimera cat is named Venus and has two faces; orange on the left side with a blue eye and black on the right side with a green eye.  Doctors say it’s possible she has different DNA on each side of her face.  Venus has over 1.3m Facebook fans already. 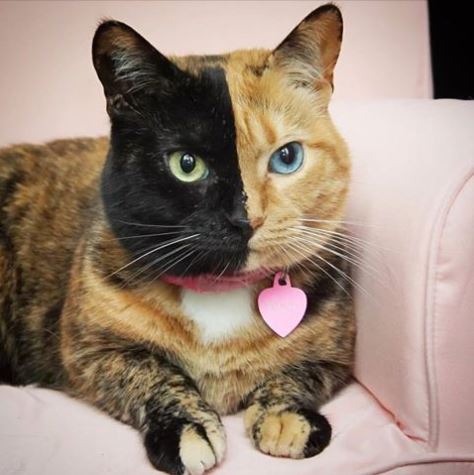 9) This cat was born in Louisiana and named Sue Roux.  Hopping like a bunny rabbit, she has no front legs whatsoever but still maintains full mobility.  She has over 538,000 Instagram followers. 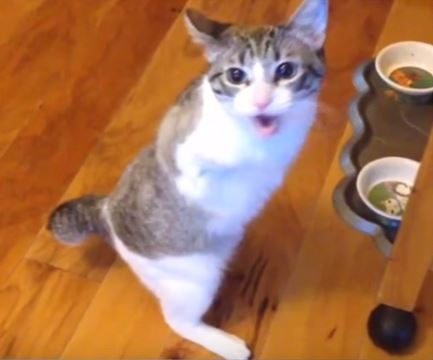 8) The famous Janus cat from Masachusetts is a cat with two heads and made its way into the Guinness Book of World Records.  Named Frank and Louie, the cat sadly passed away in 2014.

7)  Pauly, from Canada, was born with a total of 6 legs, an extra kidney and an extra testicle.  This was all caused from a conjoined twin.   Pauly is currently going through medical treatment to get his additions removed. 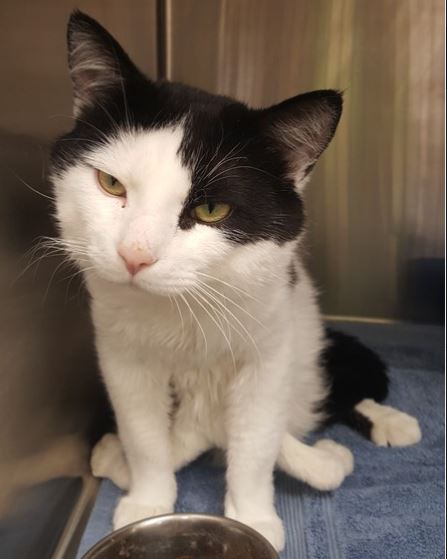 6)  Hamilton the hipster cat might just be the coolest cat with a handlebar moustache that rivals Jack Nicholson.  Hamilton already has a contract with Urban Outfitters and an incredible Instagram following of 761,000 followers. 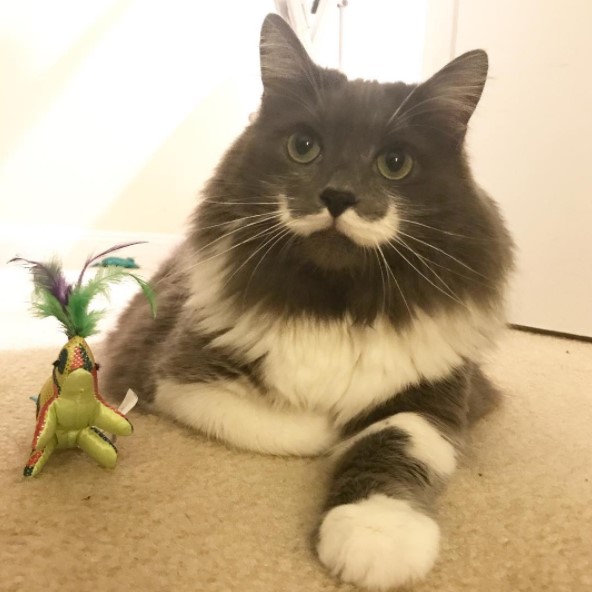 5)  Garfield the cat is the world’s fattest cat weighing in at 40 pounds.  Garfield struggles to move because of the strain on his hips and now lives in a shelter where he is on a strict low-calorie diet. 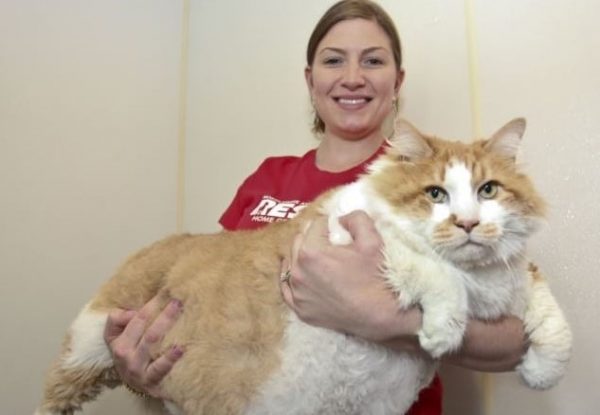 4)  The world’s smallest cat has been measured at just 5 inches tall.  From a small town in California, Pixel the munchkin cat can literally fit in the palm of your hand and is just half an inch taller than a can of coke. 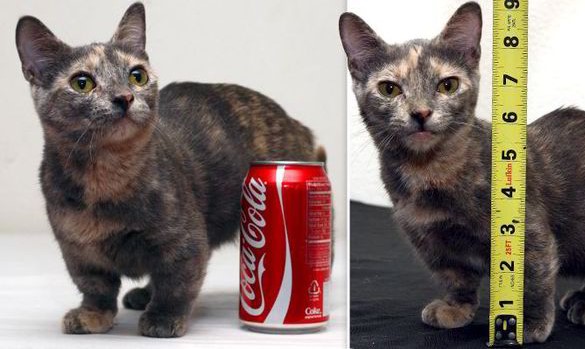 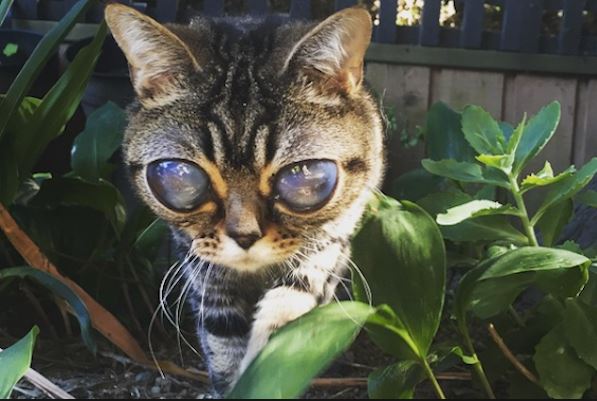 2)  The oldest cat in the world is a domestic cat named Crème Puff.  According to the Guiness World Records the cat died in 2010 aged 38 years and 3 days which is more than double the life expectancy of most cats although cats in the wild may not live as long as 5 years. 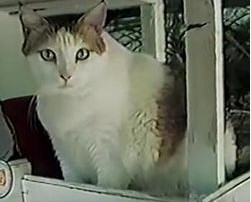 1)  Scrappy the cat was born a black cat but since the age of 7 he has been turning white – some say he is the Michael Jackson of cats.  Despite the pigment in his skin turning colour, Scrappy is fit and healthy. 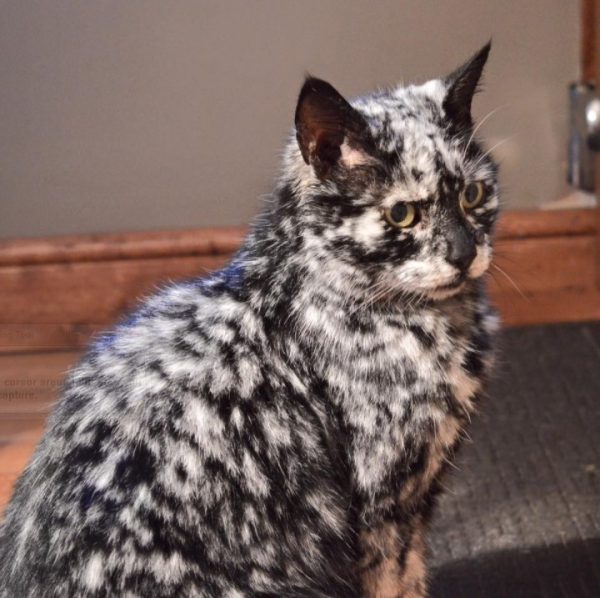 So there you have it – the top 10 strangest cats in the world.

But whether you have a strange cat or not, the Tabcat cat tracker can still be used to track your cat or kitten however large or small, bushy eyed or multi-coloured.   Simply place the Tabcat cat tracker on your cat’s collar and when he and she goes missing, you can track it to within 2.5cm and have that extra peace of mind that the love of your life can easily be found. 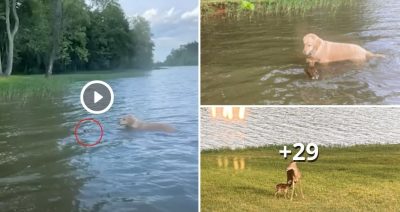 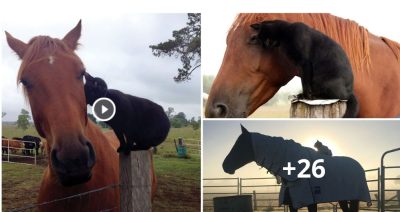