During the Cold War Syria was the first country in the Arab world to align itself against Western interests and form defence ties with the Soviet Union, which was a trend followed by multiple other Arab states after it. As a result the Syrian Arab Army was considered a priority client for delivery of new Soviet armaments during the 1980s, being the first in the world to receive MiG-25 Foxbat interceptors, S-200 long range air defence systems and T-72 tanks among a range of other armaments.

The country’s priority status was a result of Soviet efforts to provide parity with Israel to the west, Turkey to the north, and U.S. forces deployed to the Mediterranean and to neighbouring Lebanon. While by the end of the 1980s the Syrian Air Force was among the most well armed in thee Middle East, the collapse of the Soviet Union left it without access to aid, loans or ‘friendly’ prices with which to acquire new generations of combat jets.

As a result plans for Syria to field an estimated 80-100 new MiG-29 fourth generation fighters by the mid-1980s ceased to be feasible, and the country continued to rely on the third generation MiG-23 and MiG-21 to form the backbone of its fleet with an elite squadron formed of MiG-25 interceptors. 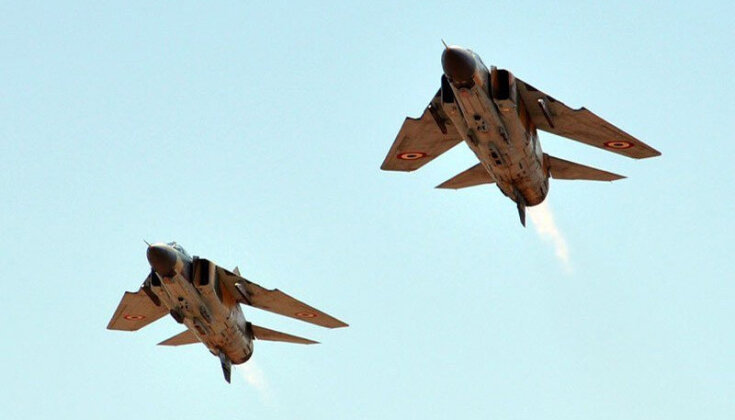 Amid an economic upturn in the 2000s Syria escalated efforts to modernise its fighter fleet, with the U.S.-led invasion of neighbouring Iraq adding urgency to the need for a more advanced air defence capability. With Israeli pressure on Russia reportedly ending prospects for a Syrian acquisition of MiG-31 Foxhound heavyweight interceptors, which were the most capable Russian aircraft for air to air combat at the time and notably had lower operational costs than the MiG-25s they would have replaced, Syria was unable to acquire a new heavyweight aircraft for its elite unit.

It was, however, able to modernise its two squadrons of MiG-29A jets delivered before the Soviet collapse with new R-77 air to air missiles and improved avionics, and to purchases used MiG-23MLD fighters from Belarus which had been inherited from the Soviet Union. The MiG-23MLD was the most capable MiG-23 variant developed, with new wings, engines, sensors and weapons, and had avionics on a fourth generation level and lower maintenance needs.

Beyond this, Syria showed a strong interest in acquiring new variants of the MiG-29 fighter which had been developed in the 1990s – namely the MiG-29M. 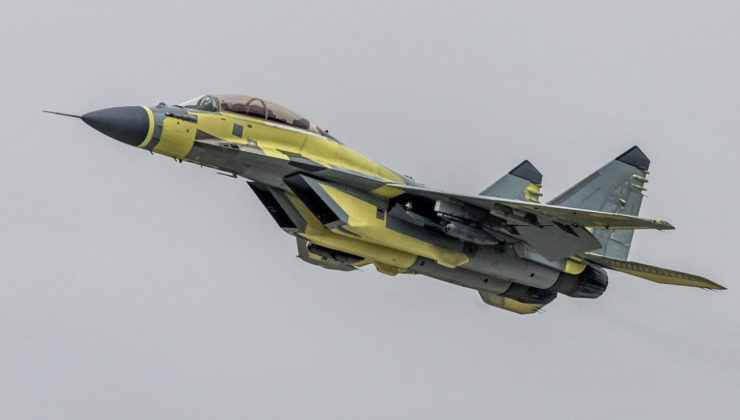 The MiG-29M, originally dubbed ‘MiG-33,’ remains the most capable variant of the MiG-29 ever developed and represented a redesign of the airframe to optimise performance with a more durable lighter frame using new composite materials, new air intakes, a much greater internal fuel capacity and addition of air refuelling capabilities.

The new airframe’s service life was increased to 4000 hours, and maintenance was made considerably easier and operational costs lower, while the new Zhuk-ME phased array radar provided much improved situational awareness to make better use of new generations of standoff missiles.

The fighter’s new RD-33MK engines provided a superior flight performance, while an MSP-418K active jammer pod was added to spoof radar guided missiles, and a T220/e targeting pod to increase precision for air to ground strikes. The aircraft was poised to form the new backbone of the Syrian fleet and gradually phase older MiG-23 variants out of service, with Syria being by far the world’s largest MiG-23 operator. A contract for 12 of the new fighters was signed in 2007, making Syria the very first client, with deliveries set to be completed by 2012.

The delivery of the MiG-29M was suspended with the outbreak of a large scale Islamist insurgency in Syria in 2011, and while in June 2013 officials from Russian state arms exporter Rosoboronexport told media outlet Kommersant that the delivery of the first six fighters would take place before the end of the year, this failed to materialise leading to other options being explored for dealing with the MiGs.

“The time frame gives us room for manoeuvre to use the already existing backlog of the Syrian MiGs when creating aircraft for the Russian army or another foreign customer,” a Kommersant source reported. In 2013 the option of selling MiGs built for Syria to other countries was considered but rejected as Russian officials remained adamant to fulfil obligations under Syrian contracts.

As Russian Foreign Minister Sergei Lavrov said: “We have signed contracts and they must be fulfilled,” with failure to do so potentially undermining the trust of other Russian defence clients. The delivery date was delayed to 2016-17, but deliveries in the end never took place. 46 MiG-29M fighters would instead be delivered to Egypt following an order in 2015, and 14 more to Algeria to meet a 2019 order.

The MiG-29M was less popular on export markets due to its higher cost, with Russia having a large resave of several hundred Soviet built MiG-29A airframes, many of them unassembled, which could be modernised with MiG-29M engines, avionics and weaponry under the MiG-29SMT and MiG-29UPG programs.

Syria would receive its first modern MiG-29s in 2020, although these were provided as Russian aid and were MiG-29SMT rather than new MiG-29M airframes. The MiG-29SMT may well provide a more affordable option for the Syrian Air Force after ten years of intense and costly counterinsurgency operations. With Russia seeking to support a rebuilding of Syria’s air defences, and beginning joint training exercises with Syrian fighter units aimed largely a Israel and Turkey, the possibility remains that Russia will make significant further deliveries of MiG-29SMT fighters in future at sharply discounted prices or as aid.

This will help relieve the burden on Russian forces of intercepting Turkish and Israeli attacks on Syria, and provide greater security to increasingly important Russian military facilities in the country which provide a key staging ground for possible strikes on NATO targets across much of Africa, Europe and the Mediterranean.