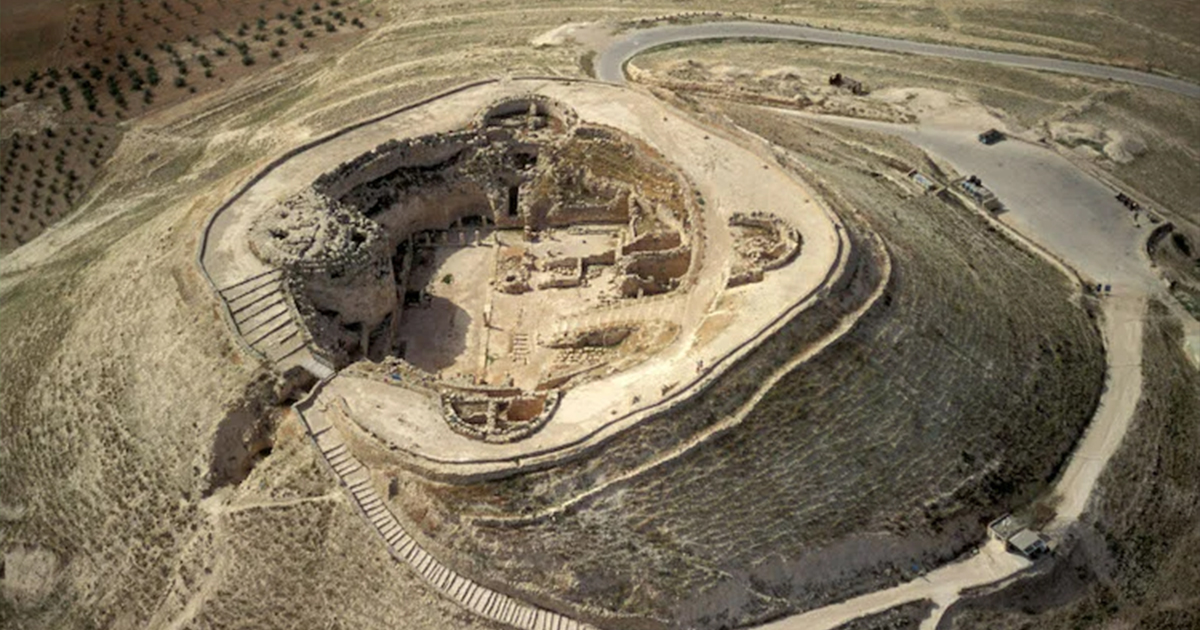 Many tombs of prominent ancient figures remain lost to this day, such as the tombs of Cleopatra and Alexander the Great. But thanks to relentless work by archaeologists and their teams, countless extraordinary tombs have been found. Not too long ago in Israel, one such tomb was discovered: the tomb of the infamous King Herod, the ruler of Judaea in the late 1st century BC.

Some of the most striking architecture that survives from the ancient world are the monumental tombs of certain extraordinary figures, from the Step Pyramid of Djoser at Saqqara to the Mausoleums of Augustus and Hadrian in Rome. Herod’s tomb is no exception.

Here’s the story of how archaeologists located King Herod’s tomb, and what they found inside.

Archaeologists discovered Herod’s tomb at a site called Herodium. Situated to the south of Jerusalem, the site overlooks Bethlehem on the border of Idumaea. During his reign, Herod oversaw a series of monumental constructions across his kingdom, from refurbishing the Second Temple at Jerusalem to the building of his palatial fortress on top of Masada and his prosperous port at Caesarea Maritima. Herodium was another such construction, positioned as part of a line of fortified desert palaces that included his famous bastion on top of Masada.

But Herodium also had some unique elements to its construction. Whereas Herod’s other palaces were built on top of pre-existing Hasmonean fortresses, Herod had Herodium built from scratch. Herodium was also the only site (that we know of) that Herod named after himself. At Herodium, Herod’s builders enlarged the natural hill that dominated the landscape, effectively turning it into a man-made mountain.

Various buildings dotted the side of Herod’s namesake fortress. At the bottom of Herodium was ‘Lower Herodium’, a large palatial complex that also included an enormous pool, a hippodrome and beautiful gardens. This was the administrative heart of Herodium. A staircase up the artificial mountain connected Lower Herodium with another palace at the top of the tumulus: ‘Upper Herodium’. In between the two, archaeologists uncovered Herod’s tomb.

Thanks to the writings of the Jewish historian Josephus, archaeologists and historians had known that Herod was buried at Herodium. But for a long time, they did not know exactly where in this huge man-made tumulus Herod’s tomb was. Enter Israeli archaeologist Ehud Netzer.

During the late 20th and early 21st centuries, Netzer conducted several excavations at Herodium in his quest to find Herod’s tomb. And in 2007 he finally found it, situated roughly halfway up the slope on the side that faced Jerusalem. It was an absolutely spectacular discovery. As Holy Land archaeologist Dr Jodi Magness stated in a recent Ancients podcast on King Herod, in her opinion Netzer’s find was:

“The most important [discovery] in the region since the Dead Sea Scrolls.”

But why was this discovery, of all the ancient tombs that have been found in modern Israel, so significant? The answer lies in the fact that this tomb – its design, its location, its style – gives us invaluable insight into King Herod himself. About how this king wished to be buried and to be remembered. It was an archaeological discovery that could give us direct information about Herod the man.

The tomb itself was a tall, stone structure. It consisted of a square podium, topped by a circular ‘tholos’ structure. 18 ionic columns surrounded the podium, supporting a conical-shaped roof.

So why did Herod decide to design his tomb in this manner? The influences appear to largely derive from some of the most prominent, monumental mausoleums that then dotted the central and eastern Mediterranean world. Several particular mausoleums seem to have had a profound influence on Herod, with one of the most noticeable located in nearby Alexandria. This was the tomb of Alexander the Great, called the ‘Soma’, one of the greatest attractions of the ancient Mediterranean world.

We know that Herod visited Alexandria during his reign, and we know that he had dealings with the famous Ptolemaic ruler Cleopatra VII. We can presume that Herod made sure to visit and pay homage to the now divine Alexander at his elaborate tomb right in the heart of Ptolemaic Alexandria. If Herod wished to align his tomb with those of Hellenistic rulers, then there were few more notable mausoleums to draw inspiration from than that of the ‘great’ conqueror Alexander.

But the tomb of Alexander the Great doesn’t seem to have been the only mausoleum that influenced Herod and his tomb. It’s also likely that Herod was inspired by certain tombs he saw when he travelled further west, to Rome and to Olympia. In Rome, the recently completed mausoleum of his contemporary, Augustus, seems to have influenced him. But perhaps most interesting of all is the inspiration that Herod seems to have drawn from a building at Olympia, which he visited in 12 BC.

The study did make an important discovery though. The researchers demonstrated that there is an “astonishing diversity” of dozens of gases produced by products in E. coli living under hydrogen. Many of these, such as dimethylsilfide, carbonyl sulfide and isoprene, could be detectable “biosignatures” in a hydrogen atmosphere. This boosts our chances of recognising life signs at an exoplanet – you have to know what to look for.

That said, metabolic processes that use hydrogen are less efficient than those using oxygen. However, hydrogen breathing life is already an established concept so far as astrobiologists are concerned. Sentient hydrogen breathers have even made appearances in some rationally-based science fiction, such as the Uplift novels of David Brin.

The authors of the new study also point out that molecular hydrogen in sufficient concentration can act as a greenhouse gas. This could keep a planet’s surface warm enough for liquid water, and hence surface life, further from its star than would otherwise be the case.

The authors shy away from considering the chances of finding life in giant gas planets like Jupiter. Even so, by expanding the pool of habitable worlds to include super-Earths with hydrogen-rich atmospheres, they have potentially doubled the number of bodies we could probe to find those first elusive signs of extraterrestrial life.

Why did Herod build Herodium where he did?
According to Josephus, Herod decided to construct Herodium where he did because it marked the site of a military victory he had gained against the preceding Hasmoneans very early in his reign. But there might be another reason.

The Hellenistic influences on Herod’s tomb design make it clear that Herod wished to portray himself as a divinised ruler, an object of worship by his subjects following his death. Although a tried and tested practice by rulers in the Hellenistic world, it was a different matter with Judaea’s Jewish population. The Jews would not have accepted Herod as a divinised ruler. If Herod wanted to make a claim that was analogous to that of a divinised ruler among his Jewish subjects, then he had to do something else.

Dr Jodi Magness has argued that by building Herodium so close to Bethlehem, Herod was attempting to create this strong link between himself and David. Not only that, but Jodi has also argued that Herod was trying to portray himself as the Davidic Messiah, whom the Gospel writers stated would be born in Bethlehem.

Sarcophagus, thought to be King Herod’s, from Herodium. On display at the Israel Museum in Jerusalem.

Such a claim by Herod through the placement (and design) of his tomb had evident pushback. At a later date, his tomb at Herodium was stormed and sacked. The massive stone sarcophagi within were smashed up, including a large, red sarcophagus that some argue belonged to King Herod himself.

Indeed, the Gospel authors also vehemently contest any idea or rumour that Herod was the Messiah in their narrative. Rather than the Messiah, Herod is one of the great enemies of the Gospel story, the cruel king who ordered the Massacre of the Innocents. The authenticity of such a massacre is difficult to state, but it’s possible that the story evolved out of this adamant desire by the gospel authors and their like-minded contemporaries to refute and push back against any claim then being spread that Herod was the Messiah figure, a story that could well have been promoted across the kingdom by Herod and his followers.

Of all the figures from ancient history, the life of King Herod is one of the most extraordinary of all thanks to the wealth of archaeology and literature that survives. He may well be most well-known for his infamous role in the New Testament, but there is so much more to his story.

Researchers Have Discovered The Ancient Graves Of A Powerful Chinese Clan 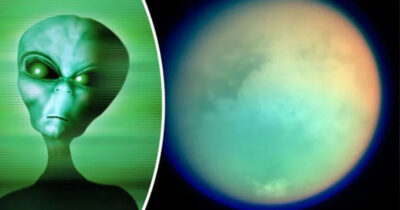 Previous post There May Be Hydrogen-Breathing Aliens! A New Approach To Finding Alien Life 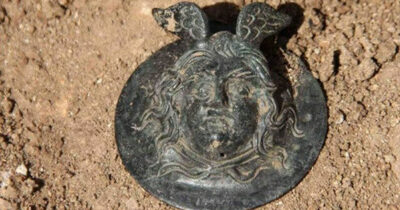