Skip to content
Home Military Full Startup, Takeoff and Walk Through of The B-17 Sentimental Journey (Raw Engine Sound, No Music)

The Boeing B-17 Flying Fortress is a four-engined heavy bomber developed in the 1930s for the United States Army Air Corps (USAAC). Competing against Douglas and Martin for a contract to build 200 bombers, the Boeing entry (prototype Model 299/XB-17) outperformed both competitors and exceeded the Air Corps’ performance specifications.

Although Boeing lost the contract (to the Douglas B-18 Bolo) because the prototype crashed, the Air Corps ordered 13 more B-17s for further evaluation.
From its introduction in 1938, the B-17 Flying Fortress evolved through numerous design advances,becoming the third-most produced bomber of all time, behind the four-engined Consolidated B-24 Liberator and the multirole, twin-engined Junkers Ju 88.
It served as a means of transport, a submarine aircraft, a drone controller, and even a search- and-rescue aircraft.

It developed a reputation for toughness based upon stories and photos of badly damaged B-17s safely returning to base. The B-17 dropped more bombs than any other U.S. aircraft in World War II

The B-17 was primarily employed by the USAAF in the daylight strategic bombing campaign of World War II against German industrial, military and civilian targets.
The United States Eighth Air Force, based at many airfields in central, eastern and southern England, and the Fifteenth Air Force, based in Italy, complemented the RAF Bomber Command’s night-time area bombing in the Combined Bomber Offensive to help secure air superior ity over the cities, factories and battlefields of Western Europe in preparation for the invasion of France in 1944. The B-17 also participated to a lesser extent in the Pacific War, early in World War II, where it conducted raids against Japanese shipping and airfields. 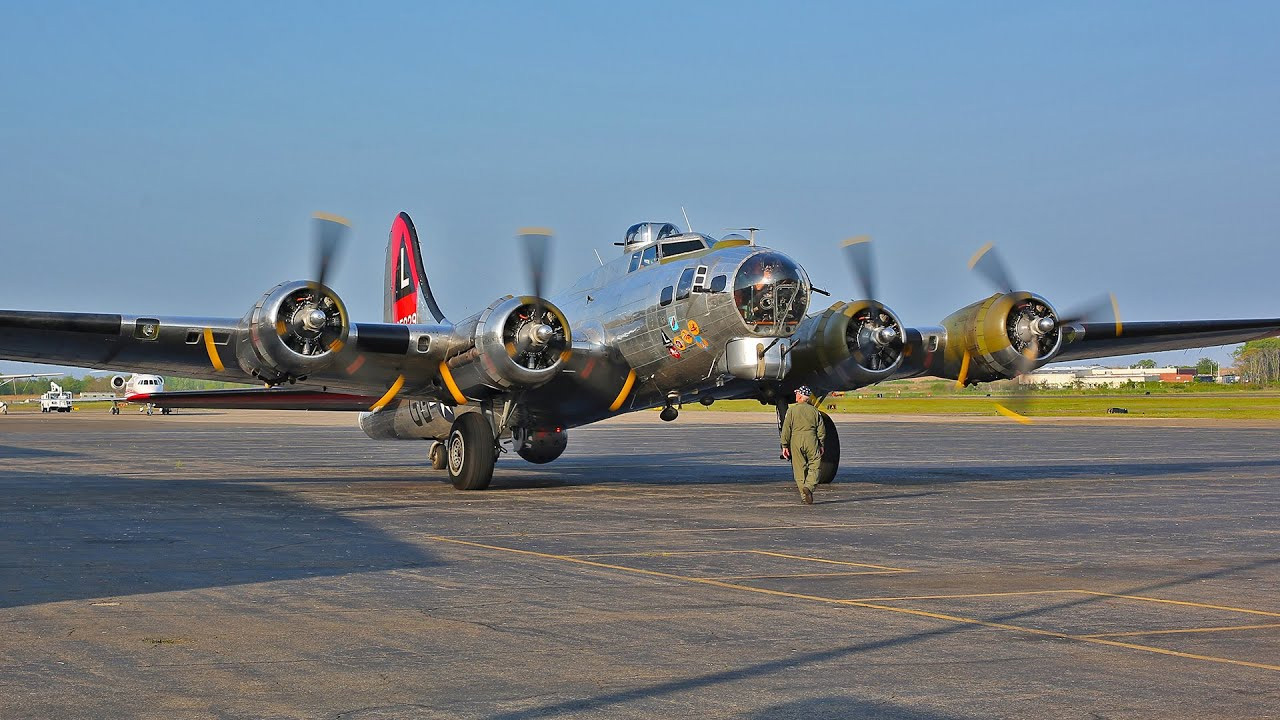 As of October 2019, only nine B-17s were left considered airworthy. One of them is the B-17 Sentimental Journey, which is currently based at the Commemorative Air Force Museum in Arizona.
This plane is regularly flown on air shows in North America. The nose art features Battle Grable, a popular pin-up girl during the WWII era.

The video captures Sentimental Journey’s full engine start-up powered by its 4 × Wright R-1820-97 “Cyclone” turbo supercharged radial engines, at 1,200 HP each. And what a sound those engines produced before taxiing on the runway and gloriously taking off to the skies!

What do you think of this historical war bird?