Skip to content
Home H Military The AW101 helicopter in utility role can accommodate a maximum of 45 troops
Posted By stdaily
Posted On October 16, 2022


The AgustaWestland AW101 is a modern naval utility helicopter. Originally this chopper was known as Eurocopter Industries EH101. It was jointly developed and produced by Agusta of Italy and Westland Helicopters of United Kingdom. The EH 101 had its roots in a UK project to replace the Sea King. The design was later revised to meet Italian navy as well as Royal Navy requirements. Westland and Agusta established European Helicopter Industries Ltd, which received formal go-ahead in 1984 for nine prototypes and subsequent development of what became the EH 101. The first prototype made its maiden flight in 1987. 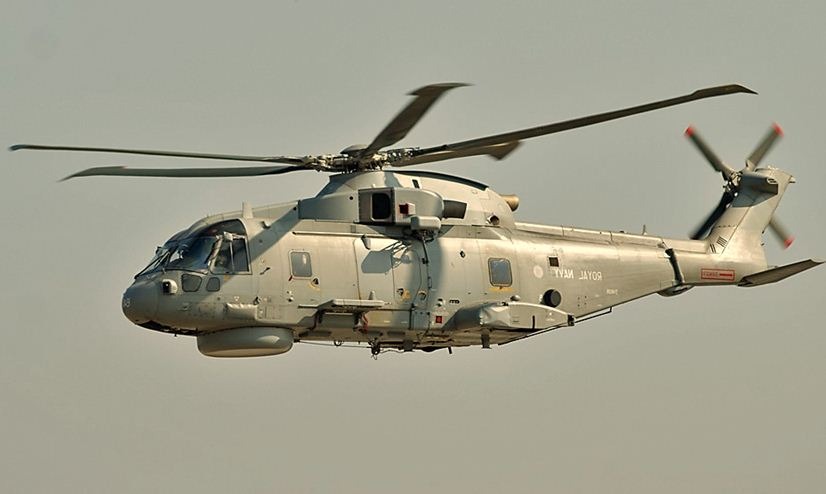 In 2000 Agusta and Westland Helicopters merged and formed AgustaWestland. Since 2007 this helicopter is marketed as AgustaWestland AW101. There are utility and anti-submarine ωɑɾʄɑɾε versions of this helicopter. The EH101/AW101 is in service with Italy and United Kingdom. It has been exported to Algeria, Canada (CH-149 Cormorant), Denmark, Nigeria, Portugal, Saudi Arabia, and Turkmenistan. It is license-produced in Japan (Kawasaki MCH-101) and the United States. It is worth noting that Britain, Denmark and Portugal use the name Merlin for this helicopter. 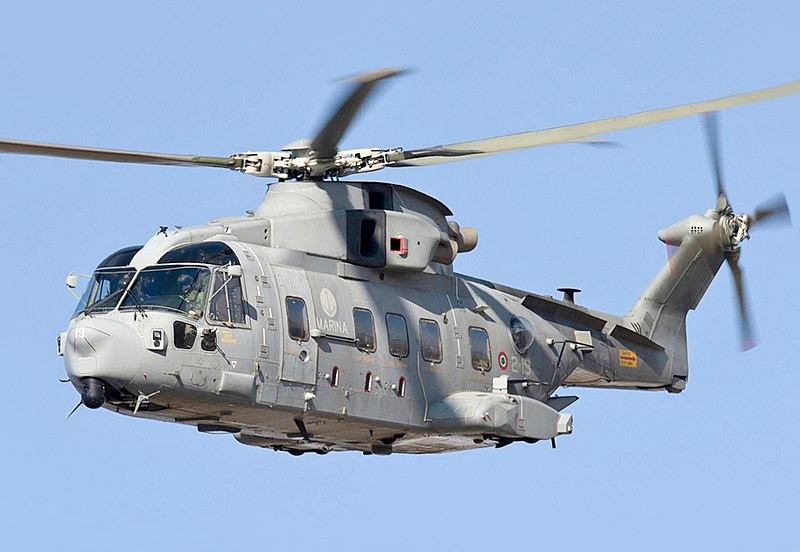 The initial Royal Navy variant is the Merlin HM.1 which is equipped with a Blue Kestrel 360° search radar. The first of 44 on order was delivered in 1998. The Italian navy EH 101s are powered by GE T700-GE-T6A engines, each rated at 1 714 shp. Aside from its principal anti-submarine ωɑɾʄɑɾε role, the AW 101 is also envisaged for utility and transport missions. Some roles can be performed using the same basic fuselage as the naval helicopter but, alternatively, the EH 101 could be fitted with a modified rear fuselage incorp orating a ventral ramp/door. Systems and equipment vary with role and customer. 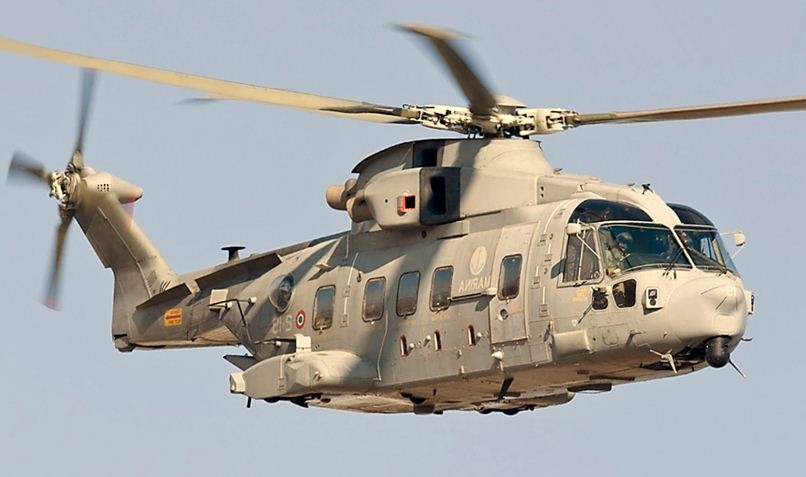 Utility version of the AW101 accommodates 26 soldiers. Payload capacity is around 4 000 – 5 000 kg. This amount of cargo can be carried internally or under slung. In 2000 the RAF began to receive the first of 22 ordered Merlin HC.Mk 3 medium-lift transports. These can accommodate a maximum of 45 troops or up to 6 000 kg of freight carried internally or as a slung load. 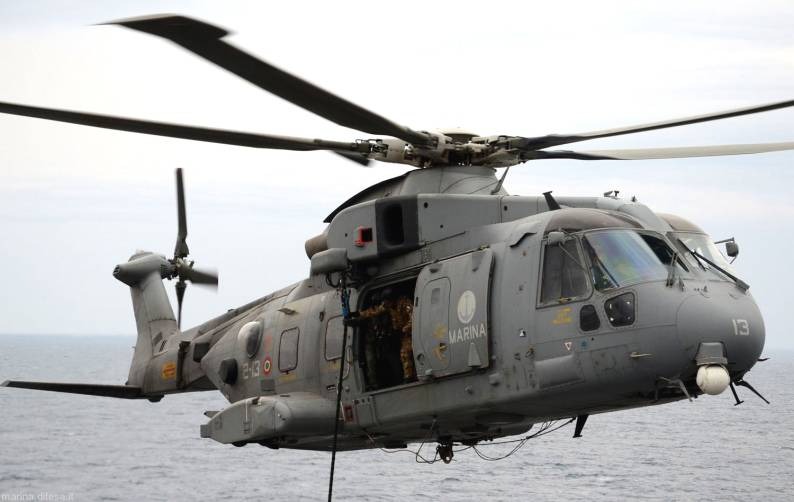 The first customer for the utility variant was to have been Canada, which ordered 15 EH 101s for search and rescue duties, along with 35 naval variants. The entire Canadian programme was subsequently cancelled on budget and political grounds, but, in January 1998, the Canadian government placed a new order for 15 examples of the revised AW320 Cormorant SAR version. 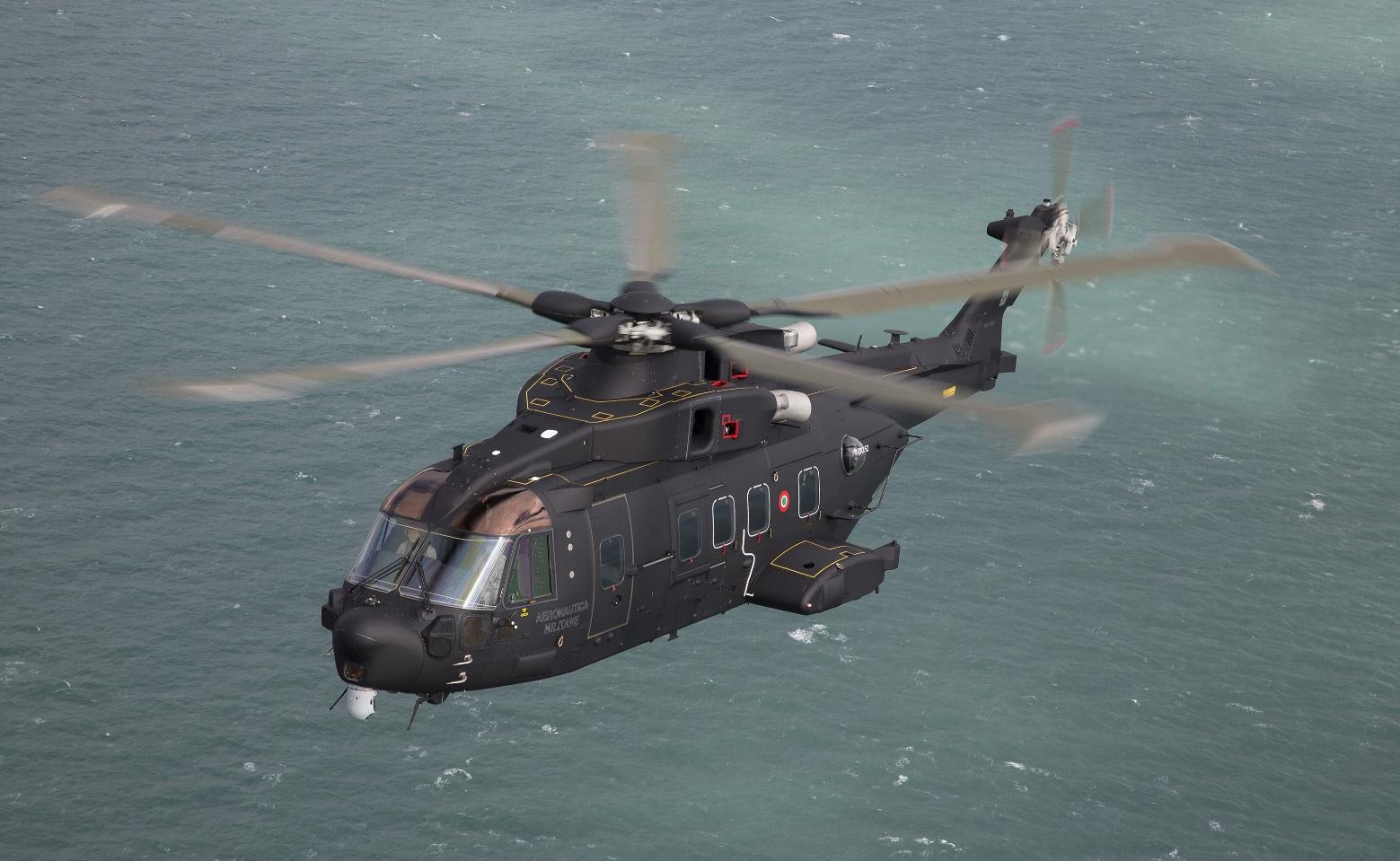 Further development of the AW101 could result in an airborne early warning version of the type required by both the Italian navy and Royal Navy. A HH-101A Caesar is a special operations helicopter. It first appeared in 2013 and was adopted by Italian Air Force in 2015. It performs a wide range of missions, such as combat search and rescue, transport, recovery, air support and other special operations missions. 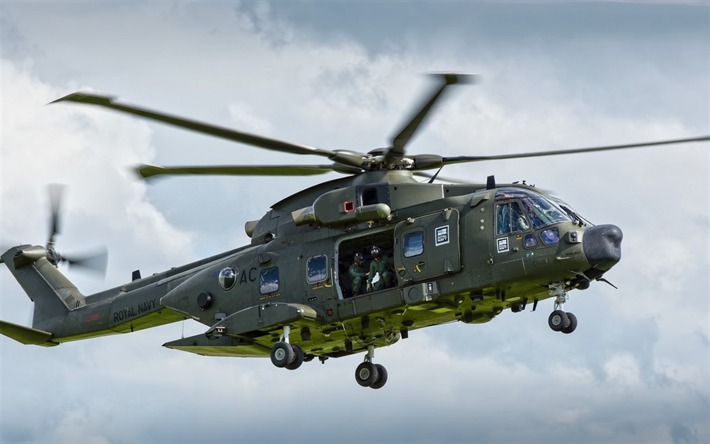