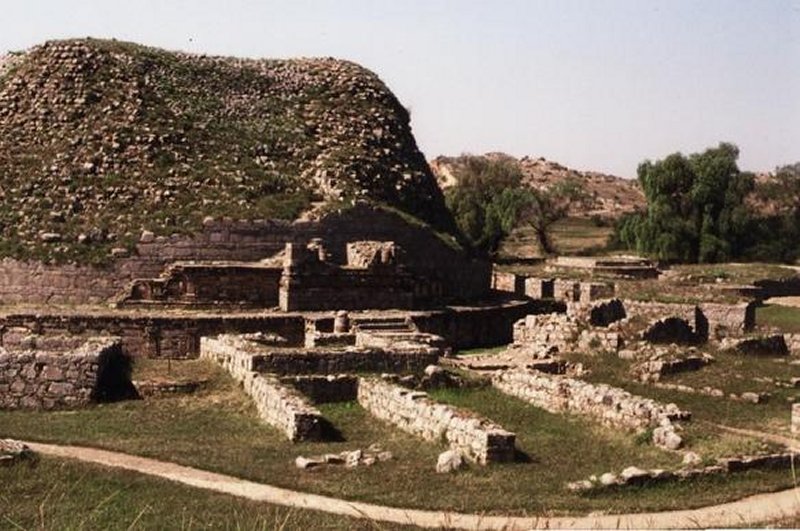 A. Sutherland  – Icestech.info – According to available ancient references, Takshashila was the first and earliest Buddhist center of Vedic learning, and the city of Takshashila itself also flourished as the center of trade and commerce, which took place under the early dynasties of rulers.

Scholars date back this ancient university to approximately 400-500 BC to 550 AD, which means it gained its reputation at least several centuries before Christ and maintained its prominence until the city’s destruction in the 5th century AD.

The city is said to have been founded by the son of the legendary hero Rama’s brother.

According to the Ramayana, Lord Rama’s brother Bharata established two important cities Takshashila and Pushkalavati, and installed his two sons Pushkala and Taksha, to rule over them.

This prestigious, ancient university, named after “Taksha’s Cut-Rock City” in old northern India, has a perfect location on a branch of the Silk Road that connected China to the West. In Sanskrit, Takshashila is derived from ‘Taksha’ and ‘shila’ (rock) and describes the foundation rock laid by Bharata’s son Taksha for the city.

In the later Pali (Buddhist) language, the city is called ‘Takkasila.’

On the other hand, the Greeks referred to it as ‘Taxila,’ and so it remained over the millennia until today. They also described Takshashila as “wealthy, prosperous and well-governed.”

The Ramayana describes Takshashila as a magnificent city famous for its wealth and splendor, and the great Mahabharata refers to Takshashila as the place where among others, the Kuru kingdom’s heir and grandson of Arjuna, Parikshit, was crowned at the city of Takshashila.

At the time, TakshaShila was described as the wealthiest city in India. The campus attracted students from faraway places.  Not only Indians but also students from Babylonia, Greece, Phoenicia, China, Arabia, and Syria studied at Taxila. They could choose from a wide range of subjects such as Vedas, philosophy, medicine, surgery, language, grammar, politics, archery, warfare, astronomy, astrology, accounts, commerce, futurology, documentation, occult, music, and dance. 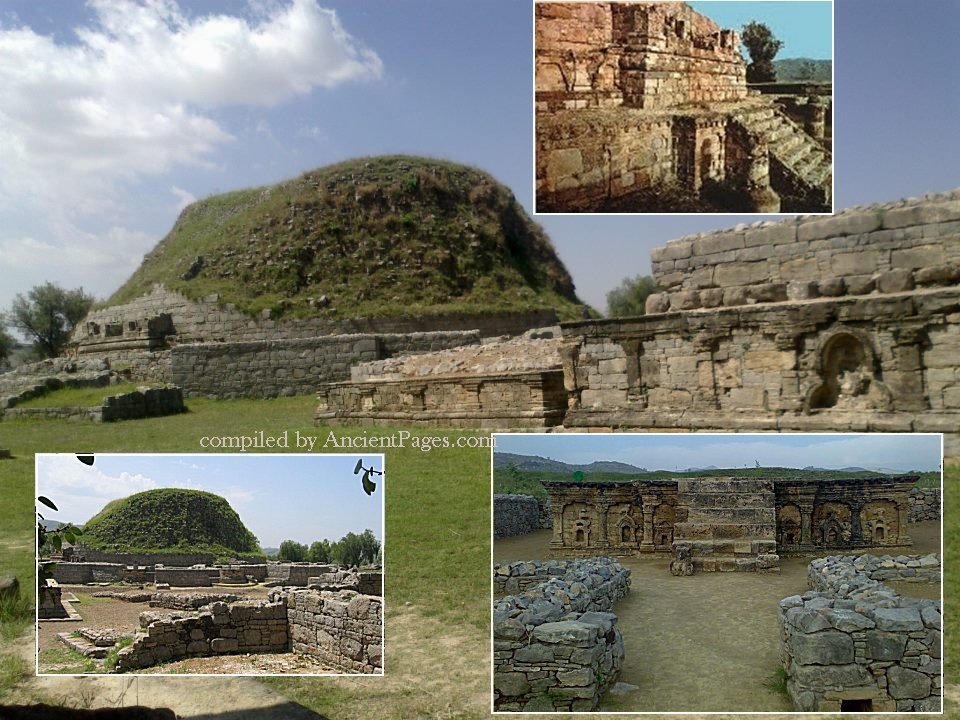 Takshashila ruins are located in the Rawalpindi District of the Punjab province in Pakistan.

All of the subjects were taught by experienced masters.

According to ancient references, when Alexander The Great’s forces entered Punjab in the fourth century BC, Takshashila had a prestigious reputation as a seat of learning. Alexander took many scholars from there with him on his way back to Greece.

Takshashila is described in ‘Jataka tales’ written in Sri Lanka and dated between 300 BC and 400 AD.

The ‘Jataka tales’ are a voluminous collection of sacred Buddhist literature native to India, used commonly in preaching by monks and unprofessional preachers in all Buddhist countries. Many stories tell about the previous lives of the Buddha, in both human and animal forms.

The Buddhist Jataka tales, especially the Takshashila Jataka, refer to the city as the capital of the Gandhara kingdom and describes it as a great seat of learning. However, Takshashila is best known for its association with Chanakya (also known as Kautilya or Vishnu Gupta (c. 370–283 BC). Chanakya was an Indian teacher, philosopher, and royal adviser. He was initially a professor of economics and political science at the ancient Takshashila University in Takshashila (in present-day Pakistan.)

Chanakya (or Kautilya), the Maurya Emperor Chandragupta, and the Ayurvedic healer Charaka (Sanskrit Caraka) are principal contributors to the ancient art and science of Ayurveda, a system of medicine and lifestyle developed in old India studied at the famous Taxila. 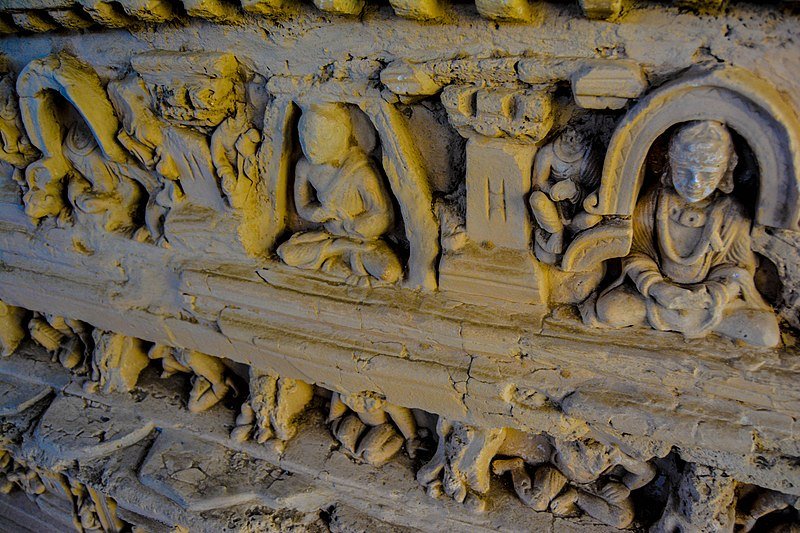 Generally, a student entered Takshashila at the age of sixteen, which was the minimum entrance age was 16, and there were 10,500 students. The ruins of Taxila contain buildings, Buddhist stupas located over a large area, and many Buddhist monasteries.

There is some disagreement about whether Takshashila can be considered a university. While some think of the place as an early university or center of higher education, others do not consider it a university in the modern sense, in contrast to the later Nalanda University.

“The earliest history of Takshashila can be traced to around 3360 BC, based on the findings excavated in the region. However, it is believed that the place was abandoned after the decline of the Indus valley civilization. The first major settlement at Takshashila developed around 1000 BC.

The region came within the eastern borders of the Achaemenid and Hellenistic Empires when they attacked the Indus valley region and held control over it for a few centuries. The Achaemenid rulers, King Darius I and King Xerxes, stationed their generals in the area to explore the Indus valley area. Alexander the Great was able to take control of Takshashila in 326 BC without a fight.” 1

It was a devastating time for both the Gandhara Kingdom and Takshashila as well. During the final part of the Gupta period (450 AD), Takshashila fell in between the three-way war between the Persians, the Kidarites, and the White Huns of western Gandhara. Many Buddhist monasteries and stupas of Takshashila were destroyed. This critical situation caused extensive damage to the living settlements and, at the same time, largely disrupted the functioning of the university.

“By 540 AD, the Huns had completely taken over the region and ruled in Takshashila, continuing sporadic devastation and damage. It was a blow from which the city could never recover.

It was the time of rebirth of the essential cults of Hinduism like Vaishnavism and Shaivism. After almost a thousand years of Buddhist dominance began to fail along with the renowned Takshashila.

The Chinese monk and traveler, Hieuen Tsang, wrote that “most of the Buddhist sangharamas [in Sanskrit: संघाराम Saṃgharāmalay means “temple” or “monastery”] ruined and desolate and only a few monks remained there. The city had become a dependency of the Kashmir kingdom with local rulers fighting for its control….”

Undoubtedly, Takshashila was the renowned seat of education in the Buddhist tradition, both religious and historical, and as such, the place will always be remembered.

Allchin R, Allchin B, The Rise of Civilization in India and Pakistan 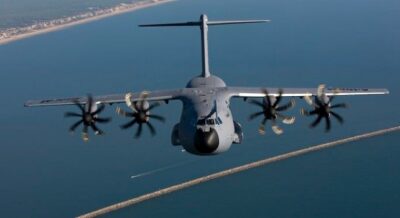 Previous post The South Korean Air Force Is Looking For A Replacement For The C-130H Hercules, Here Are The Candidates 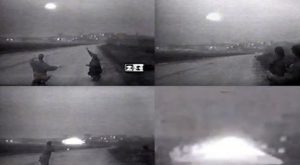