Why the T-7 Red Hawk Is So Important: After six decades, the U.S. Air Force is finally replacing its jet trainer. Since 1961, the USAF has relied solely upon the Northrop T-38 Talon to train each and every fighter and bomber pilot in the service. So, the common denominator between pilots who flew the Convair F-102 Delta Dagger, the Lockheed F-104 Starfighter, the F-15 Eagle, the B-2 Spirit, and the F-22 Raptor, is the T-38 Talon – which adequately prepared ascendant Lieutenants, whether they were promoted to a third-generation, Eisenhower-era jet, or a fifth-generation stealth fighter. The T-38 was a constant.

Despite training several generations of Air Force pilots, the T-38’s most visible role was with NASA, where the jet was used for flight testing – and ferrying astronauts. In 1966, Project Gemini astronauts Elliot See and Charles Bassett were killed in a T-38 crash. The two astronauts were slated for the Gemini 9 mission. Yet, in a twist of dark irony, See crashed his T-38 into the McDonnell Douglas building where the Gemini 9 capsule was being assembled. Both See and Bassett were killed instantly and the backup crew of Thomas Stafford and Eugene Cernan were elevated to the primary position. 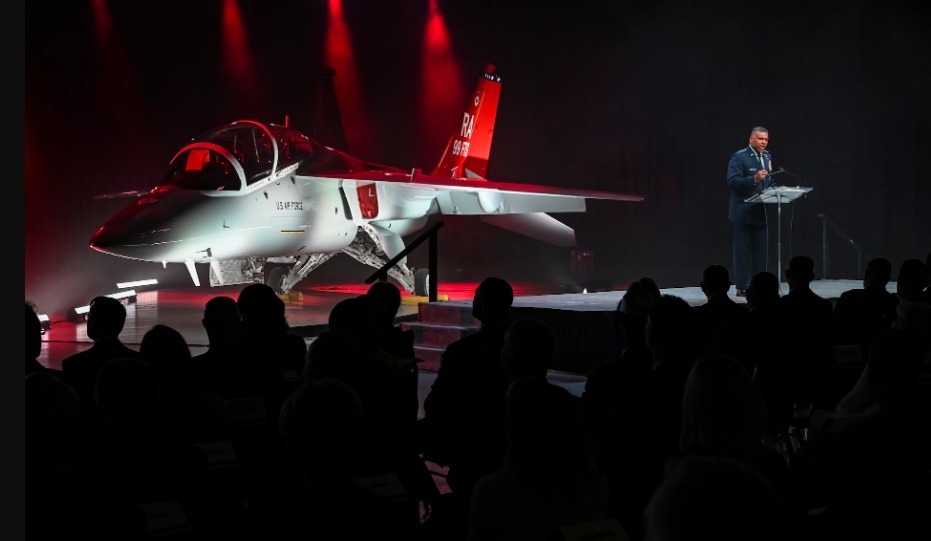 By the Space Shuttle era, departing astronauts had developed a tradition of arriving at Kennedy Space Center in T-38s, making a heroic entrance in the lasting trainer. Now, however, the USAF is on the verge of phasing out the proven Talon, in favor of the Boeing/Saab T-7 Red Hawk. The T-7 Red Hawk was selected in 2018 as the winner of the T-X program – a development and acquisition program intended to yield a two-seat jet trainer to replace the Talon. 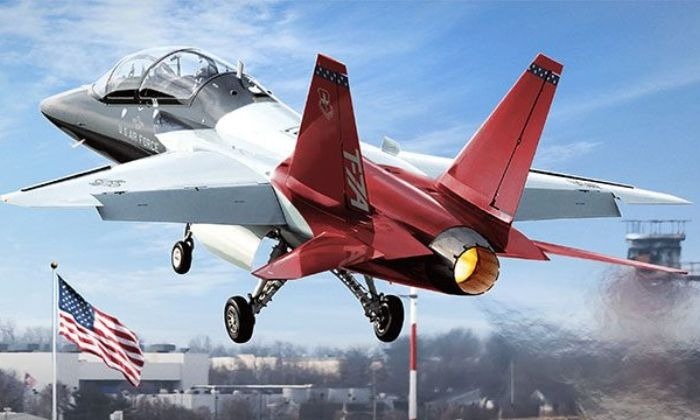 The USAF began considering a T-38 replacement in 2003 when the trainer had already been in service for over four decades. In 2008, a fatigue failure caused a T-38 crash, killing the two-person crew and inspiring a sense of urgency to develop a replacement trainer. Budget cutbacks in the early 2010s delayed the T-X program launch, but in 2015 the USAF announced the T-X program requirements. The USAF expected their new trainer to prepare pilots for the increased complexity of information management, as found in fifth-generation fighters like the F-22 Raptor and F-35 Lightning II. Additionally, the airframe would need to sustain high-G operations (6.5-7.5g) and be capable of aerial refueling, night vision imaging systems operation, air-to-air intercepts, and data-link operations. 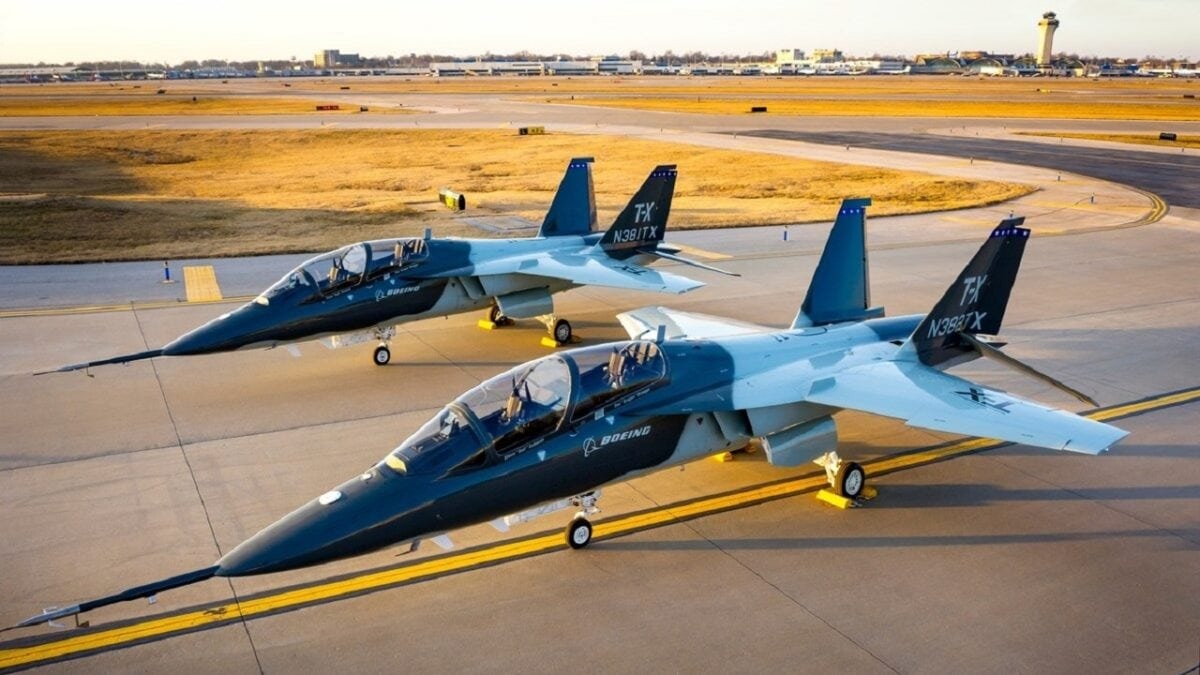 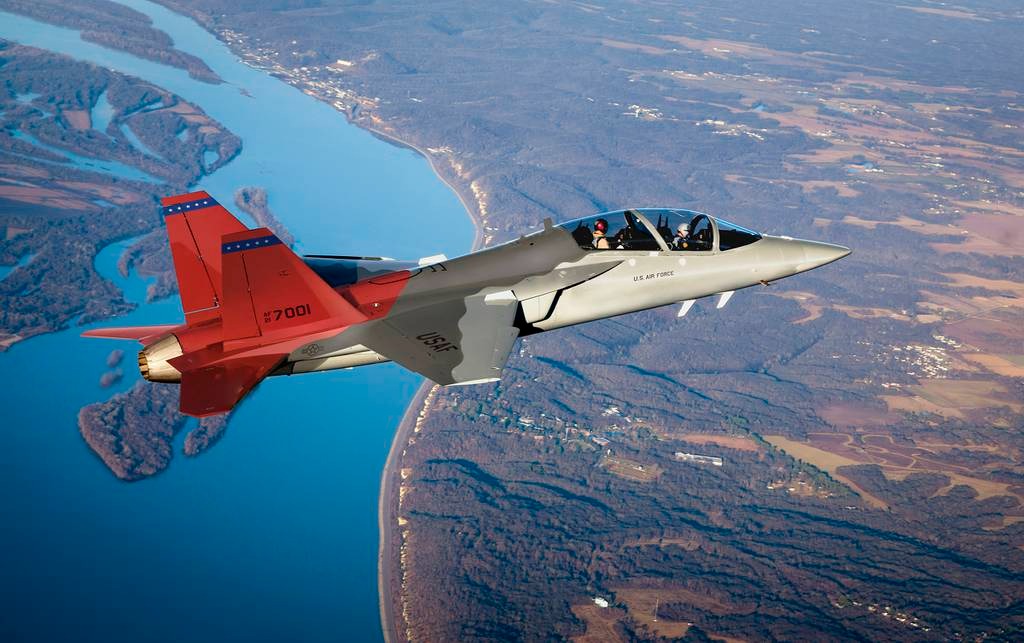 According to Boeing’s website, the Red Hawk “was purpose-built to include provisions for growth, improve supportability and innovate a maintenance-friendly design. The aircraft was built with digital engineering processes, agile software development, and an open architecture mission system to enable more rapid, affordable future aircraft development.” Apparently, the Red Hawk compared favorably to traditional aircraft development programs. The “T-7A experienced: A 75% increase in first-time engineering quality; An 80% reduction in assembly hours; A 50% reduction in software development and verification time.” 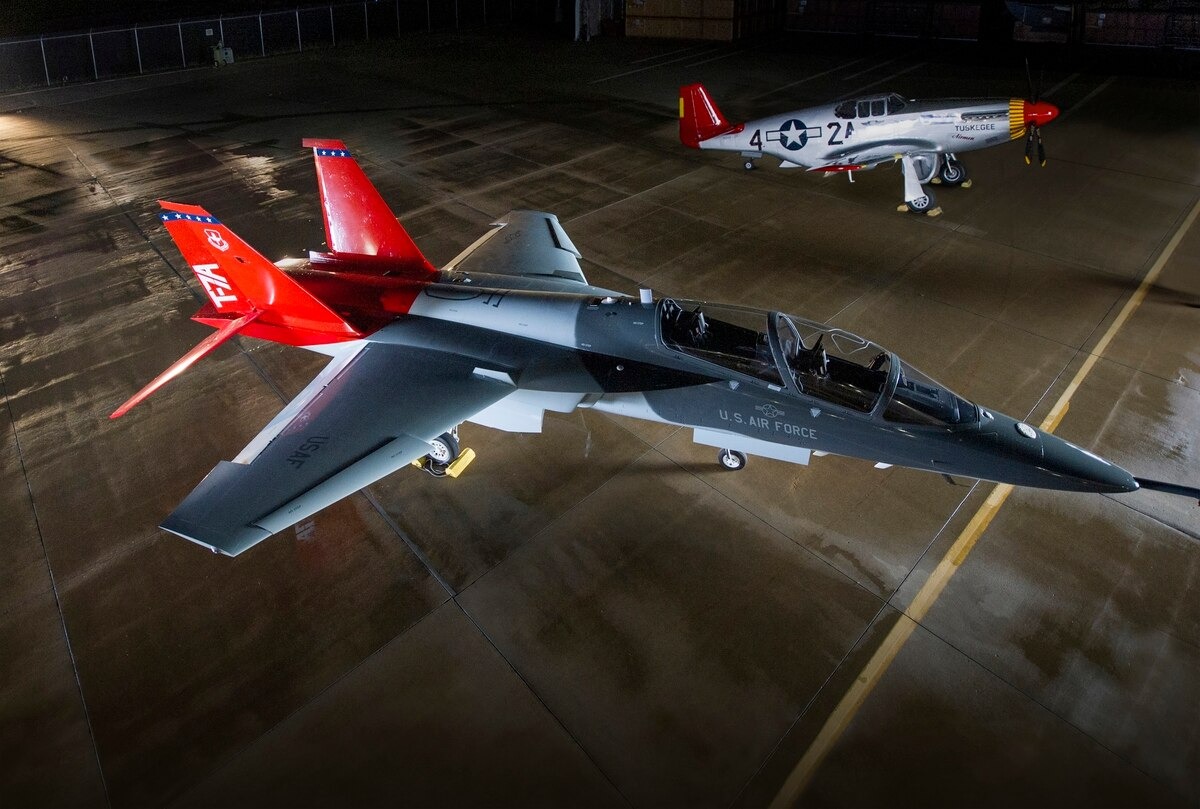 With the USAF contract in hand, Boeing/Saab is now courting Serbia and Australia as potential buyers. On the international market, Boeing/Saab hopes to sell over 2,000 Red Hawks. Indeed, the Red Hawk appears to be the trainer of the future. Harrison Kass is a Senior Defense Editor at 19FortyFive. An attorney, pilot, guitarist, and minor pro hockey player, he joined the US Air Force as a Pilot Trainee but was medically discharged. Harrison has degrees from Lake Forest College, the University of Oregon, and New York University. He lives in Oregon and regularly listens to Dokken 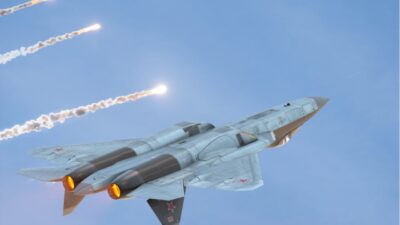 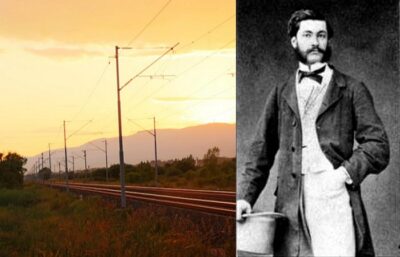