Conceived in the late 1930s to carry more people further and faster than ever before and economically enough to broaden the acceptance of flying as an alternative to other modes of available transport, the resulting design; the Constellation represented the ultimate in airline performance. In its civilian configuration during the 1950’s it offered the ultimate in luxury air travel. 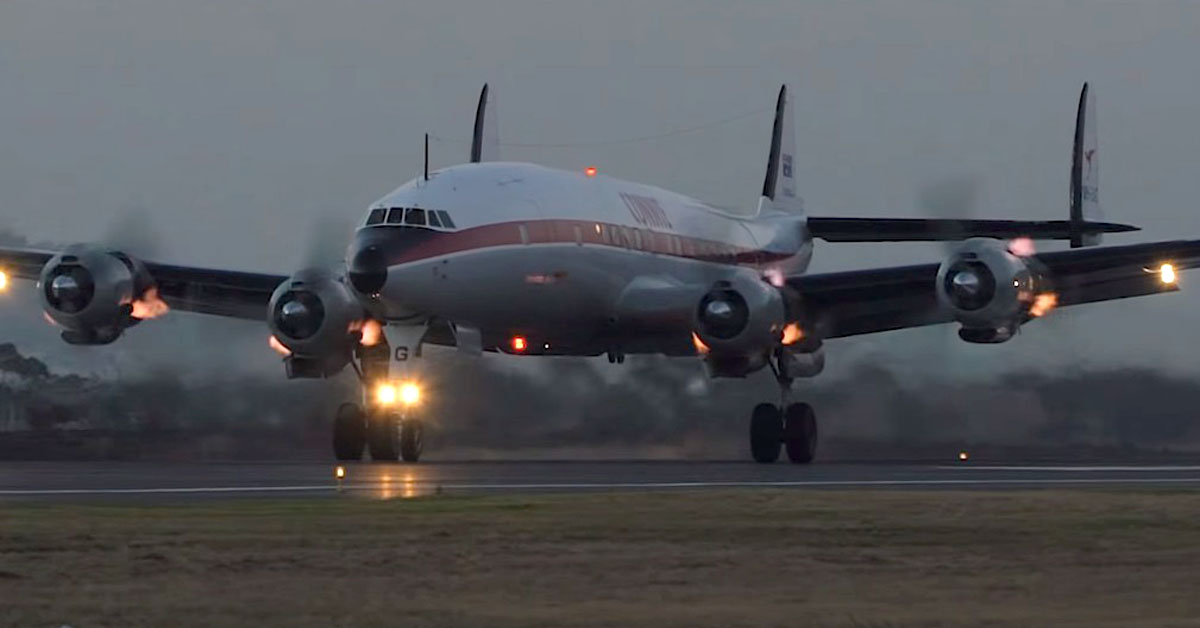 The introduction of jet aircraft in the late 1950s and 1960s led to the displacement of propeller-driven aircraft from frontline service. Those aircraft that were not scrapped were relegated to lesser roles.

Constellations were scrapped in their hundreds. As a result of this scrapping there are now fewer than sixty “survivors” left in the world. Of these, only two airworthy aircraft – HARS VH-EAG at Albion Park, Australia and the Super Constellation Flyers Association HB-RSC in Basel. Switzerland are left to tell the story of this iconic aircraft.

Thanks to the incredible team at HARS, the Lockheed Super Constellation ‘Connie’ is a favourite amongst all at the Avalon Airshow as she thunders along spitting engine flames.

Join us in slow motion to watch the incredible L-1049G Super Constellation perform her trade-mark flames show. From taxi to takeoff to the display and landing, this aircraft presents all aviation enthusiasts with a figure of absolute beauty.

We hope you enjoy the Lockheed L-1049G Super Constellation Avalon Airshow 2017 performance as much as we did!