These strange mummies were found in the Italian city of Venzone, a small hamlet in the province of Udine.

The first mummy was unearthed in 1647, and soon thereafter scores of similar ancient bodies were discovered buried beneath the town’s cathedral.

Scientists were able to recover as many as 42 mummies, then after an earthquake struck the region in 1976, the number of mummies reduced to only 15.

The Venzone mummies were unusual and quite puzzling because the bodies had never decomposed. Scientists started investigating the ancient corpses to determine what prevented the mummies from deteriorating.

The mummies were all alike in appearance and showed the same peculiarities when dissected. The bodies preserved their forms and features. Although they were greatly altered, they were still recognizable.

The corpses were extremely light, and researchers noticed the skin, which was is of a yellowish-brown tint, looked like tanned leather. The weight of the mummies varied from 22 to 44 pounds for the tallest individuals.

It soon became clear that natural processes mummified these people, but the cause of the Venzone mummies’ preservation remained a mystery.

In the Literary Digest translated portions of an article by F. Savorgnan de Brazza in which he stated that “the preservation of ᴅᴇᴀᴅ bodies may be brought about artificially by the use of chemicals, as is the case with the mummies of Egypt, Peru, and Mexico. The mummification is sometimes also natural; certain tombs and certain cemeteries have the property of preserving and mummifying bodies, and though these are not very numerous, they are not as rare as one might think. .. In all such cases bodies are found to be dried and mummified naturally so that after removal from their tombs they resist the destructive action of the atmosphere indefinitely.

There have been many hypotheses regarding this preservation of bodies in the tombs of Venzone. Some have attributed it to the presence of salts of niter, alumina, or lime, but there are no such salts in the tombs.

New investigations have proved that the mummification is not due to chemical action, but to a biologic process.”

Modern scientists have been able to blame this mummification on Hypha tombicina. The microscopic parasite fungus likely does it by rapidly dehydrating the bodies before they can begin to decompose. The fungus grows in the Cathedral graves and manages to dehydrate a body in one year and is responsible for the parchment-like skin of the body. The Hypha tombicitia was discovered in several parts of the bodies and it also covered the wooden coffins.

Mummy was found in the Roman cemetery chapel nearby the cathedral Sant’Andrea Apostolo in Venzone. Image credit: Joadl – CC BY-SA 3.0

However, there is still some doubt that the Hypha parasite is the true cause. Some scientists ᴀssert the limestone present in the surrounding earth may be the culprit.

The practice of burying ᴅᴇᴀᴅ in churches was later banned, which prevented further observation of the natural process. While several theories have been offered as to the cause of the mummies’ preservation, there is still no conclusive opinion as to what exactly did stop the decomposition process, and the mummies of Venzone remain an ancient mystery. 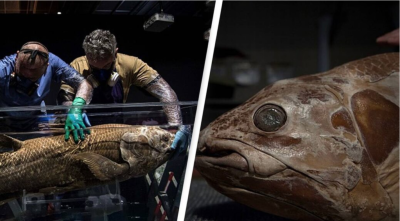 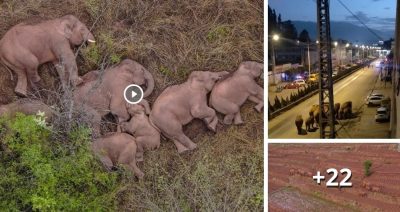