Jan Bartek – Icestech.info – Researchers from the University of Barcelona have analyzed settlement dynamics of the communities of the central-eastern Iberian Peninsula that existed 4,000 years ago. 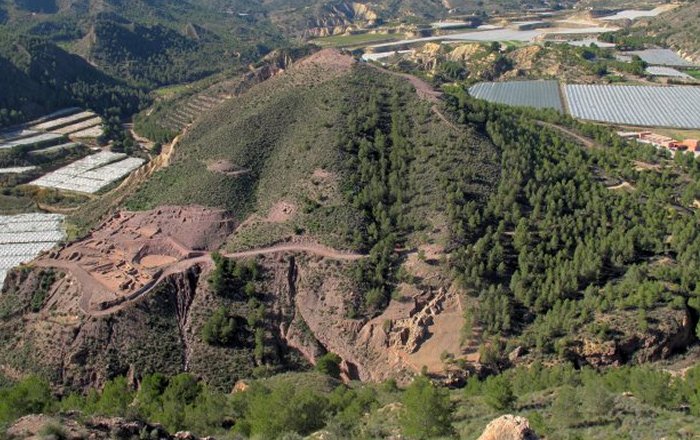 The fortified settlement of La Bastida (Totana, Murcia). This is one of the largest and best excavated settlements of El Argar. Credit: ASOME-UAB

Using a Big Data approach, researchers could reveal that these societies deployed the so-called “escape economies,” using enrockment and segmentation tactics to protect themselves from the exploitation and conflicts due to the expansion of the El Argar society, one of the first state societies in Europe.

The El Argar culture, which was flourishing in the south-eastern part of the Iberian Peninsula during the Bronze Age – was one of the most outstanding archaeological entities of the European Bronze Age that emerged around 2200 BC. It was the first state-level societies on the European continent, characterized by large, central hilltop settlements, distinct pottery, specialized weapons and bronze, silver and gold artifacts, alongside an intramural burial rite.

During the Early Bronze Age (2200–1550 BCE), the first state-like political entities emerged in specific regions of Europe, such as the Aegean, Central Europe, and Southeast Iberia. 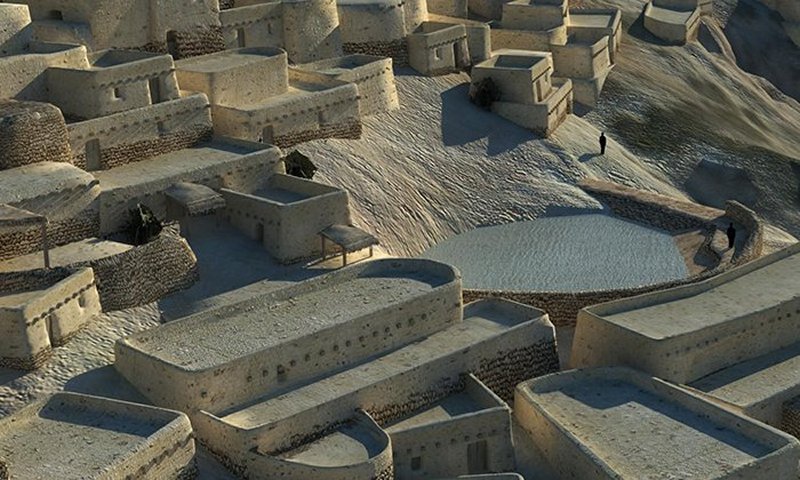 These entities brought about strong economic developments, but also new and more intense forms of social and natural exploitation. The relations between these new central powers and peripheral areas have been rarely looked into.

A study by the Universitat Autònoma de Barcelona (UAB) analyzes the settlement dynamics north of the El Argar society, which during its 600 years of existence imposed mechanisms of economic and political control throughout Southeast Iberia.

4,000 Years Ago Women Of El Argar Used Their Teeth As Tools

An extraordinary number of micro-settlements was identified in the areas surrounding the El Argar region. Most of them measured less than 1000 square meters and were located in difficult-to-access hill-top sites. First, researchers Marcello Peres and Roberto Risch analyzed the geographical location, extension, duration, and distribution of these settlements. Their conclusion shows that  the settlement pattern probably was the result of enrockment and segmentation strategies used by the local population to counteract El Argar’s expansion. 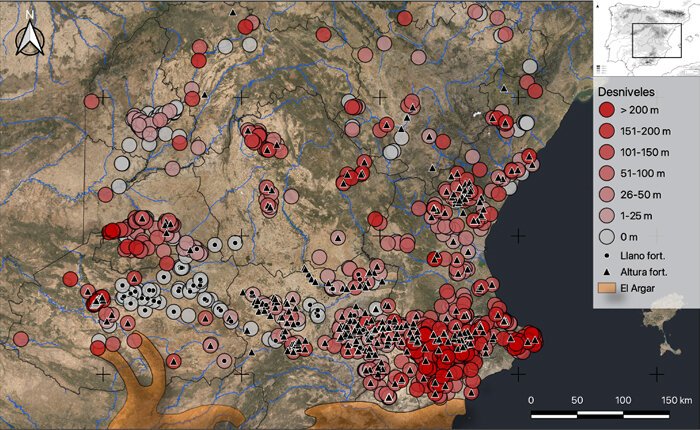 Map with distribution of stone fortifications (in black) and maximum slope between settlements and farming valleys (in red) to the north of El Argar from 2200 to 1550 BCE. Credit: University of Barcelona

These were difficult times of violent conflicts generated by relations that are typically seen between political centers and their peripheries.

The research was published in Trabajos de Prehistoria, a journal of the Spanish Higher Research Council (CSIC).

The results point to a transformation of social space, particularly in the latitudinal strip between Alcoy and La Mancha, which lasted six centuries. After 2300–2200 BCE, this area saw a concentration of settlements in steep and hard-to-access or even fortified places. This strategy has been defined by researchers as an enrockment, a term associated with defensive movements and the protection of buildings by using rocks or walls.

“Seldomly, more than 12 to 25 people lived in these micro-settlements and the absence of large villages implied that there was no hierarchy between settlements controlled by any political center,” the researchers write. 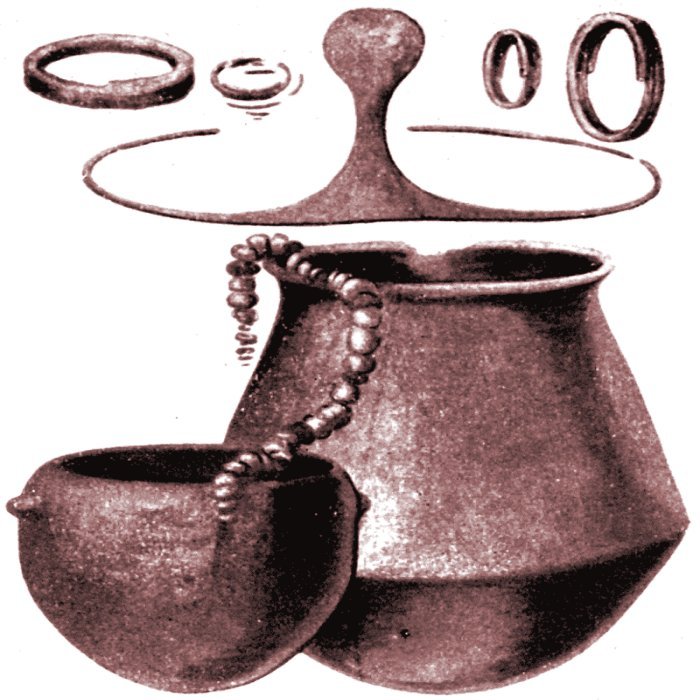 The concentration of settlements in high and steep locations and the effort invested in constructing defensive barriers increased as one approached the El Argar region. Farther away, however, in the valleys of the Tajo and Henares rivers, the same settlements and economic systems from the Upper Neolithic and Copper Age prevailed, in a time when open and extensive settlements lived side-by-side with a wide variety of smaller communities.

“It is difficult to imagine the social reality of these Bronze Age micro-settlements, where producing basic goods (cereals, dairy products, clothes and metal) would not be viable without some sort of collaboration. Such a dispersal and enrockment of these communities and their means of producing goods is difficult to explain, unless there was a real danger to their survival,” Marcello Peres says.

According to the researchers, both strategies reveal a concern of the populations to the north of the El Argar state of protecting themselves by living in easily defendable locations. “Their duration does not coincide with any climatic event or exceptional migration, due to an epidemic, for example. Only a more or less latent situation of social conflict would explain the exceptional physical and economic effort these communities put into their daily activities, being far away from arable land and river valleys, which were the main communication routes in those times,” they explain.

Researchers detected a sociopolitical situation in the central-eastern part of the Iberian Peninsula which was unique in all of Europe and the Mediterranean during the Early Bronze Age. “The development of such a lifestyle among communities that were neighbors of the El Argar state suggests the development of escape economies, i.e., social resistance strategies when faced with exploitative systems that rely heavily on the resources obtained from their peripheries,” Roberto Risch says.

“Another sign of the interdependence of social and economic realities between El Argar and its neighboring communities is that their end came almost simultaneously. With the end of the El Argar state in 1550 BCE, these communities changed their way of living and moved down to the arable valleys and adapted a more pastoral and mobile economy,” researchers state.

To conduct the study, researchers used the online platform Bronzesites_Iberia, created by Marcello Peres as part of his Ph.D. thesis on Prehistoric Archaeology at the UAB, as well as consulting regional archives, maps, satellite images, and visiting the sites.

“It is the first time all the archaeological information we have to date of such a large area as is the Iberian Peninsula is brought together and analyzed using Big Data, which surpasses traditional archaeological cultural barriers and administrative regions,” they write.

This database has allowed them to test geospatial, architectural, and artefactual connections of 1,445 sites located in an area of 177,000 square kilometers which includes eleven provinces of the Iberian Peninsula’s central-eastern quadrant: Madrid, Guadalajara, Teruel, Castellón, Cuenca, Toledo, Ciudad Real, Albacete, Valencia, Alicante and the northern part of Murcia.