Jan Bartek – Icestech.info – The changing shape of the frontal sinuses is helping to reveal more about how modern humans, and our ancient relatives, evolved.

An international team of researchers led by Antoine Balzeau of the Muséum National d’Histoire Naturelle revealed that the small cavities, located just above the nose, are linked to the size of the frontal lobe. 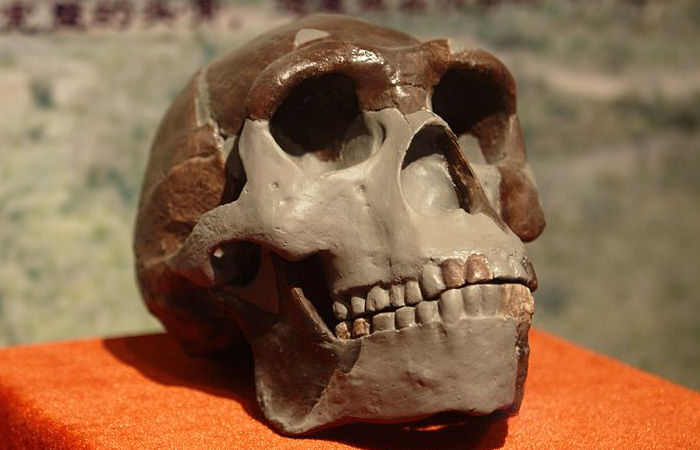 The frontal sinuses also offer a new way to investigate the relationships between different species of ancient hominins, with the study providing additional support for Homo naledi belonging to our genus, despite having some prehuman characteristics.

Professor Chris Stringer, an expert in human evolution at the Museum who co-authored the paper, says, “Sinuses are interesting morphological features in fossils but they have been neglected. Many papers that describe new species don’t mention them, and they are often only illustrated incidentally to the rest of the specimen.”

“This has left what data there are very disparate. To try and rectify that, this paper compiled the biggest selection of fossil sinus data ever from many different sources. It shows that within our genus, Homo, sinuses can be used to tease apart the relationships between different species.”

Co-author Dr. Laura Buck, formerly of the Museum but now at Liverpool John Moores University, adds, “In early hominins and non-human apes, the size and shape of frontal sinuses is directly related to the amount of space available for them to grow into.”

“The step change we see between these species and later hominins, including ourselves, suggests a shift in the way the skull is organized and develops. It may be relevant that this is happening at the same point as we start to see substantial brain expansion in these taxa.”

Sinuses are air-filled spaces within the bones of the skull that are lined with a mucous membrane. Humans have four types of sinuses: the maxillary sinuses under the eyes, the ethmoidal sinuses between the eyes and nose, the sphenoidal sinuses to the outside of the eyes, and the frontal sinuses.

While they have been known about for centuries, it is unclear what their role is. Suggestions that they produce mucus and nitrogen oxide to defend against infection or provide thermal and shock protection to the nervous system can help to explain their current function, but not necessarily why they evolved. 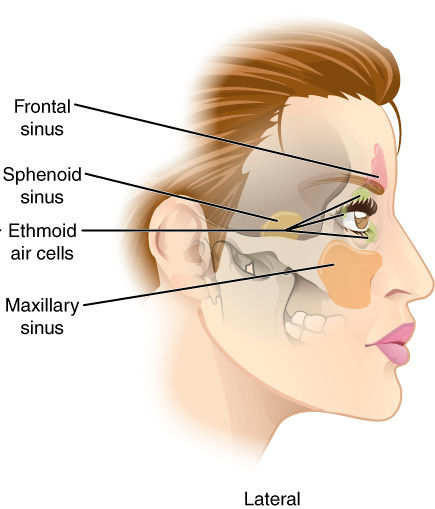 Our species, Homo sapiens, has four types of sinus – two of which are only found in humans and our close relatives. Credit: CFCF – CC BY-SA 3.0

Some researchers have even suggested that sinuses are an example of an evolutionary spandrel, a structure that evolved as the by-product of something else and has no initial role. Further adaptation may give it a function later in evolutionary time.

Research on other animals, such as bovids and primates, have shown that sinuses can differ between species, driving interest in whether sinuses could also be helpful to distinguish between species of ancient humans.

The exact path of human evolution is still the subject of heated debate, with many competing theories over how our species came into being, and how many close relatives we have. Examining the sinuses of ancient species could help to address this.

The maxillary and frontal sinuses are of particular interest, as in primates they are only found in humans and our closest relatives, the chimpanzees and gorillas.

This new study examined 94 fossil hominins from over 20 species to gain a greater insight into variation of the frontal sinus, and what that reveals about human evolution.

How can sinuses be used to study human evolution?

The researchers used CT scans of the specimens to create 3D models of the frontal sinuses, allowing them to digitally reconstruct the structures. These models were then used to take measurements which could be compared between the different species.

While sinus size was not able to distinguish between early species of hominins, such as Australopithecus, it could separate more recent Homo species in the past two million years.

The study found that species such as Homo erectus, Homo neanderthalensis and Homo sapiens have distinct ranges of sinus size, which researchers suggest could be linked to evolutionary constraints caused by the development of characteristics such as larger brains.

This relationship was also seen for Middle Pleistocene (770,000 to 120,000 years ago) hominins whose identity is currently uncertain, including in specimens associated with the controversial species Homo rhodesiensis.

“Three crania, which I believe represent Homo rhodesiensis, stand out as very different from the others,” Chris says. “Their sinuses are much bigger than their relatives and we don’t know why. It could represent that they’re a specialized group.

“They have very large brow ridges which have been suggested as having a role in social signaling, and large sinuses would reduce the weight of these.” 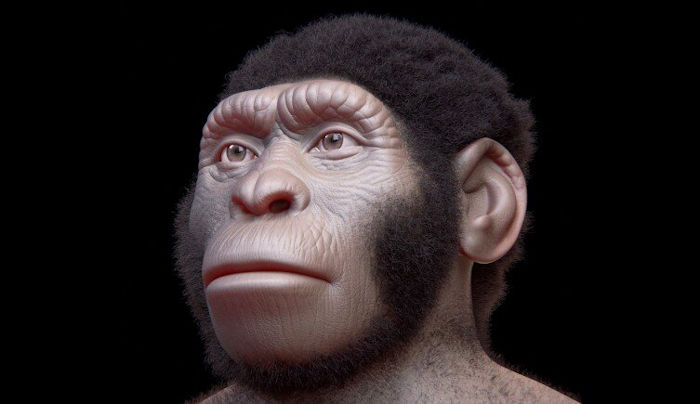 Their sinuses reinforce the classification of Homo naledi as an ancient human species. Credit: Cicero Moraes (Arc-Team) et al, licensed under CC BY 4.0 via Wikimedia Commons

Meanwhile, the sinuses of Homo naledi, whose mix of non-human and human characteristics have been a source of confusion for scientists, were similar to those of Homo erectus. This supports H. naledi’s human status and adds further information that could be used to help decipher its evolutionary past.

The study also reveals new information about our own evolution, showing links between these sinuses and the size of the frontal lobe from Homo erectus onwards. The size of the sinuses are consistent with the development of a short extension one of the brain’s lobes relative to the other, a feature that most humans have today and may be associated with the dominant hand.

The researchers hope that future studies of ancient human fossils will measure the sinuses in order to better understand the development of this feature, and potentially offer new insights into how our species and close relatives came into being.

“After reading this paper, we hope that more researchers will appreciate the importance of sinuses and begin to use them when describing or redescribing a species,” Chris says. “As more data becomes available, this will help us understand more about our evolution and the role that sinuses play.”

The study was published in Science Advances