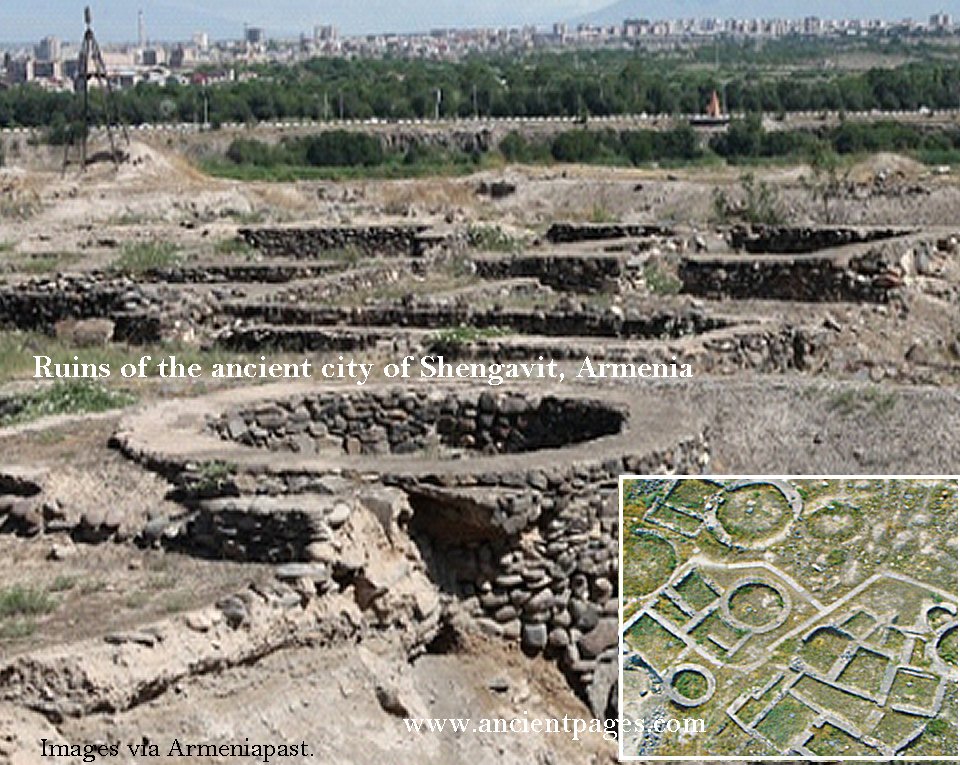 A. Sutherland – Icestech.info – One of the most prominent historical sites of Kura Araxes (Uraxes) culture, dating from 3400 BC to 2000 BC, is the Shengavit settlement, located just beyond the suburbs of the city of Yerevan, Armenia.

The Kura-Araxes culture (3400-2000 BCE). Although the Kura-Araxes people were less aggressive and more sedentary, they also underwent a significant expansion, first west to Anatolia, south to the Fertile Crescent, and east toward the Iranian plateau to Pakistan, where they would have influenced the Indus Valley Civilisation.

The area of modern-day Shengavit has been inhabited since at least 3200 BC, probably, late Neolithic 3500-3000 BC). The site was excavated and relatively well studied by archaeologists who revealed findings attributed to many cultures that existed during the very long time from 4,000 to 2,000 BC. 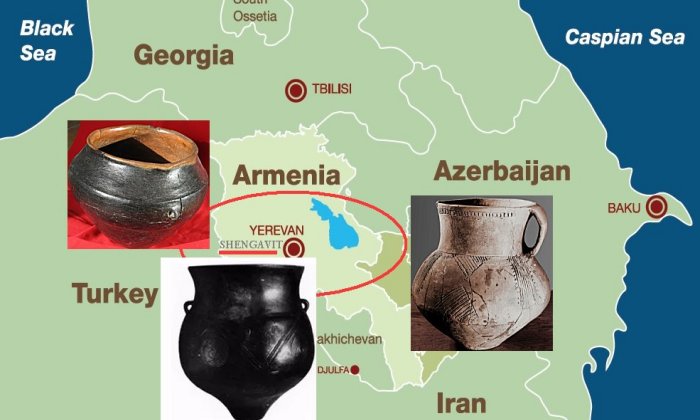 The excavations at the ancient Shengavit revealed a large set of tools and bronze artifacts, which confirm that Shengavit was a town with prospering agriculture and well-developed craft, including spinning looms, bone spindle whorls, looms, seals, marble, and onyx scepters.

People also worked as craftsmen creating pottery and skilled metalworkers. It is believed that copper smelting may have taken place in ancient Shengavit. 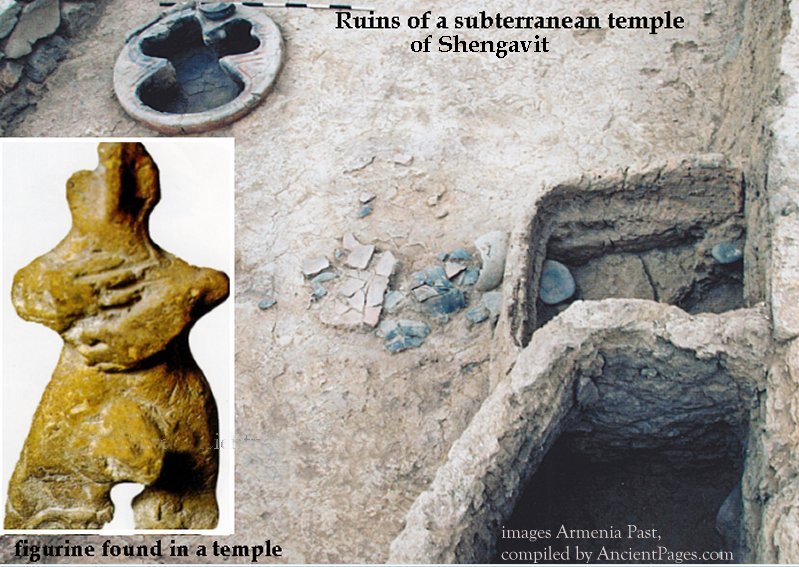 One example is a rectangular semi-subterranean temple-like building, a temple with a low altar with a hole that may have held a wooden figurine and terracotta hearths, and a place for keeping the sacred fire during rituals. 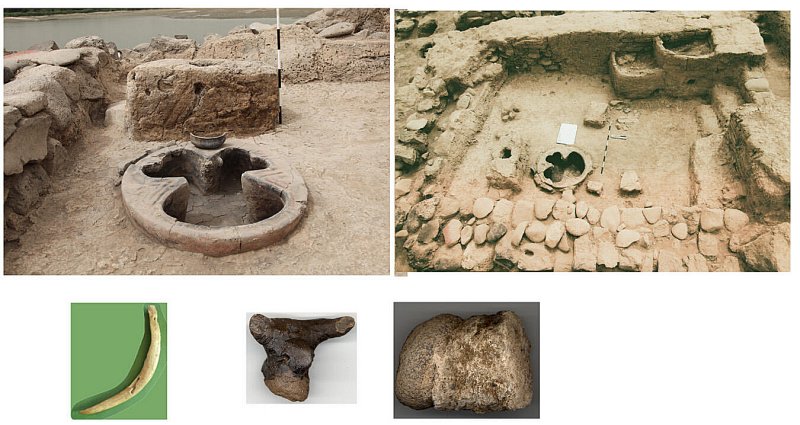 Square M5 room with ritual emplacement and symbols buried near it. Source

The ruins of the city area, located on an irregular-oval platform built on a slope, are approximately 6 ha and are still surrounded by a wall with cyclopean towers constructed of vast and uncut stones from basalt without mortar. Under the northern part of the wall is an underground passage leading directly to the river Hrazdan and on the south side, there are traces of a filled moat.

When Shengavit was a flourishing center, it had the best defensive system. 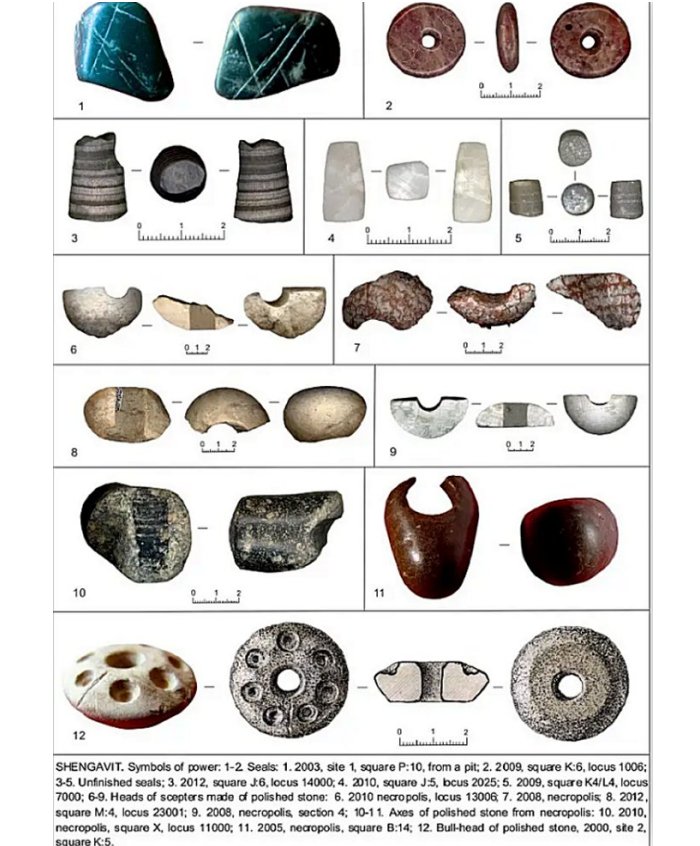 People lived in round (sometimes rectangular) dwellings about 6 to meters in diameter and built at a distance of 7.3 meters from each other. Still, they were connected with the last wall of the adjacent buildings.

Their walls had a stone base, on which raw brickwork increased. A round, decorated clay fireplace – usually located in the house’s center–had an essential economic and ritual role. 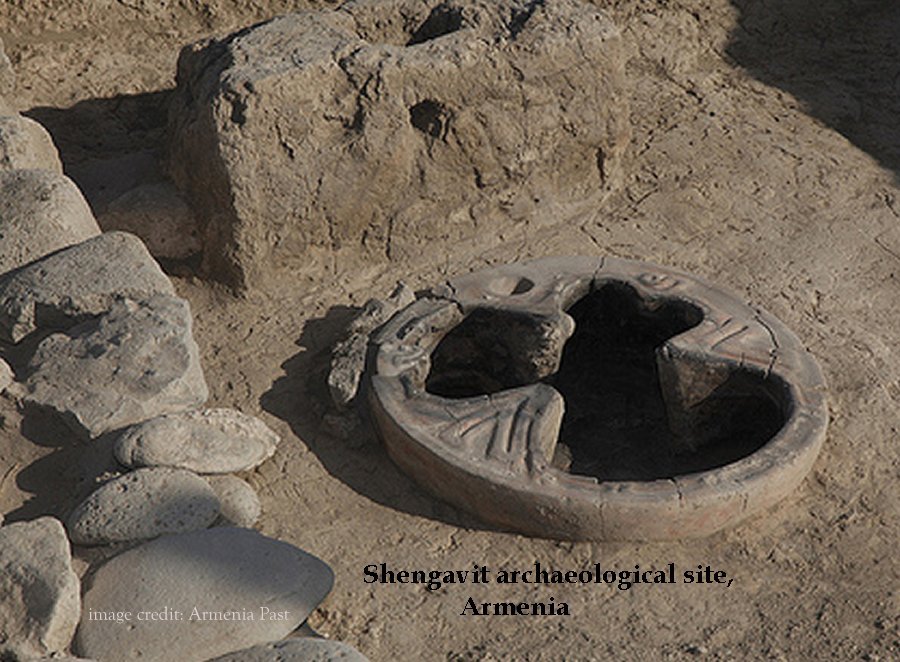 The walls of both round dwellings and rectangular buildings from inside and outside were plastered with clay. The round homes – covered with rubbles – had a corridor entrance opened from the east side.

Shengavit’s ancient burial places were found outside the walls of the city. Each unearthed tomb had a place for 10-12 people,  burial property, tools, goods, black clay pots, flint and obsidian, copper armlets, earrings, and beads.

According to one theory, Shengavit’s burial area was once inside the walled city. Later, for unknown reasons, the city was confined to a smaller place within the walls, and the abandoned area became a burial place dated 3,000 BC. 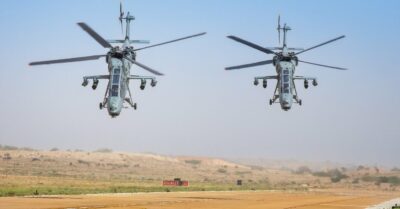 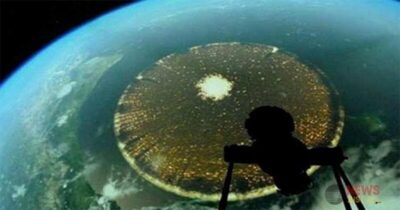