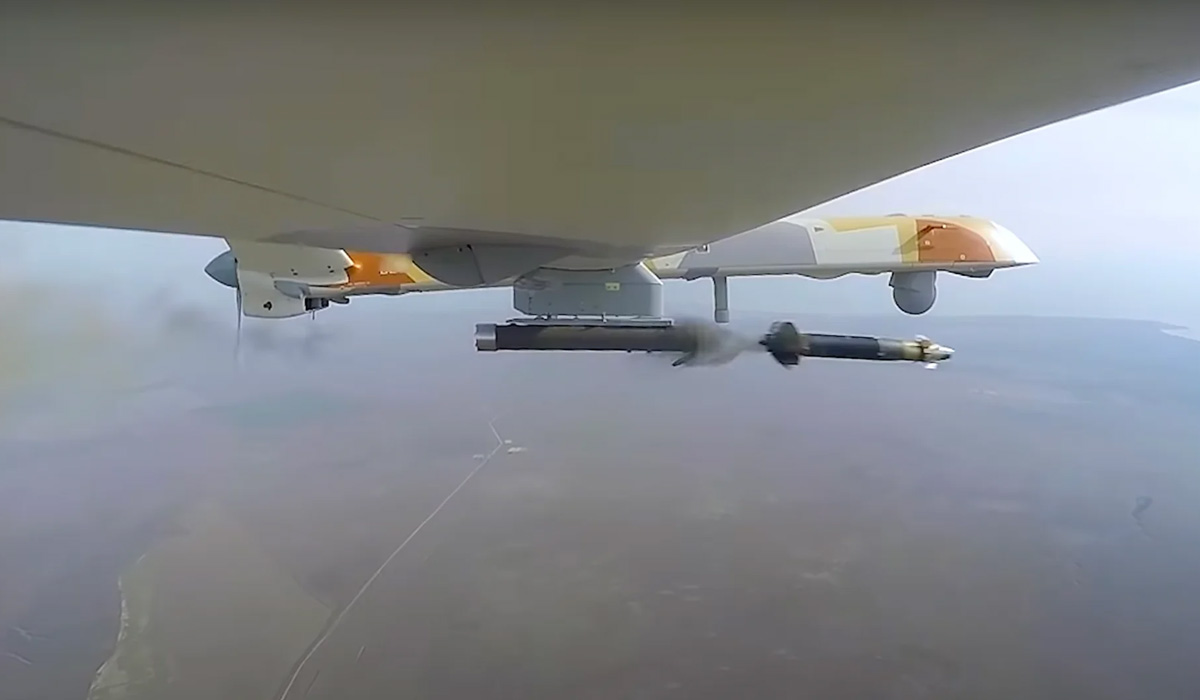 The first footage of a Russian Orion drone firing air to air missiles emerged in October 20, marking an important landmark in the country’s development of anti aircraft capabilities for its unmanned aircraft.

The Russian Defence Ministry emphasised that the experiment proved that the drone, which was reportedly developed with Iranian support based on the extensively combat tested Shahed 129, had become capable of engaging enemy drones in combat.
The tests took place over the Crimean Peninsula, a disputed territory under Russian control since 2014 and a frontier for tensions with Ukraine and NATO.
Ukraine formerly controlled Crimea and has recently invested in acquiring considerable numbers of low cost Turkish drones, although these lack any air to air capabilities. Turkish drones previously took heavy losses to Russian anti aircraft missiles in Syria in early 2020, and have reportedly taken losses to Russian backed in insurgents in the country’s eastern regions.

The missiles used by the Russian aircraft are thought to be derived from the Kornet anti-tank missile.

The new capability for the Orion drone comes amid parallel developments in the United States, China and Iran, although all have only been able to integrate short ranged missiles so far with integration of standoff radar guided missiles expected to be accomplished later in the decade.
Russia is currently developing an unmanned stealth fighter, the S-70 Okhotnik, which first flew in 2019 and is expected to deploy much longer ranged air to air missiles and benefit from current research and development in modifying lighter cheaper drone designs for air to air roles.

This has the potential to render manned fighter aircraft increasingly obsolete, with increasingly autonomous drones armed with air to air missiles expected to increasingly dominate the future of aerial warfare. 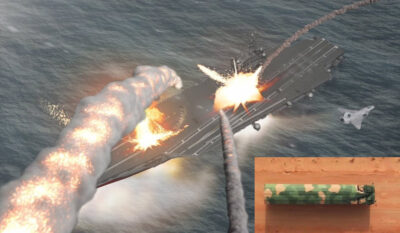 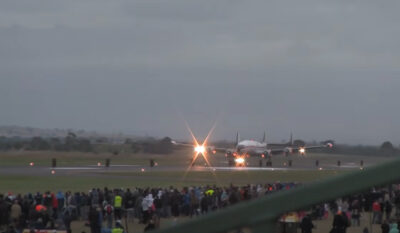