Meet Lambert, an African lion who was rescued after being illegally purchased by a family who decided they didn’t want him anymore.

When Vicky Keahey, Lambert’s rescuer, first saw him, he resembled a puppy dog more than the majestic lion, and she was happy to take him to her rescue ‘In-Sync-Exotics.’

“The previous owners obtained him illegally as a pet for their young children,” after the children asked for Simba after seeing the lion king, the father decided to it a reality. 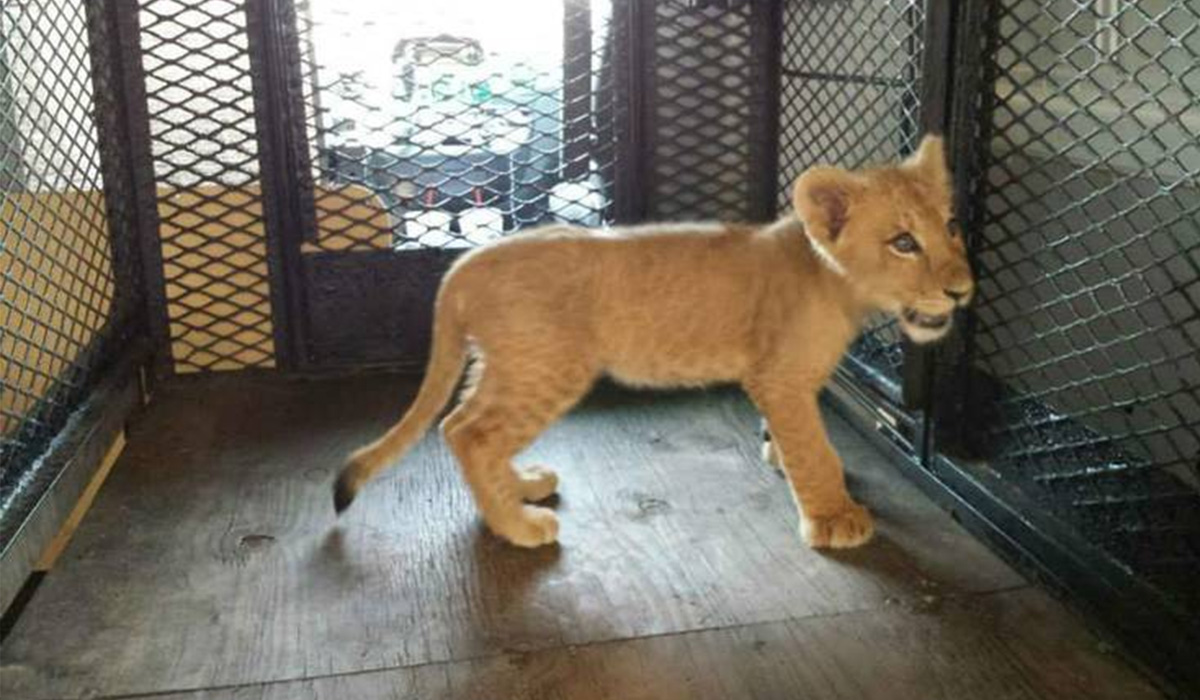 “After a short time, the family decided they could not keep him, so we were contacted asking if we could take him, which of course we were happy to do.”

The family told her the cub was used to sleeping in bed with their grandfather, so when Lambert struggled to settle into his new home at the rescue centre, Vicky decided to introduce a comfort blanket.

“So I got him a blanket, went into the enclosure and put the blanket in one of the corners. He curled up on that blanket and he went right to sleep. Ever since then, I always give him a blanket.” 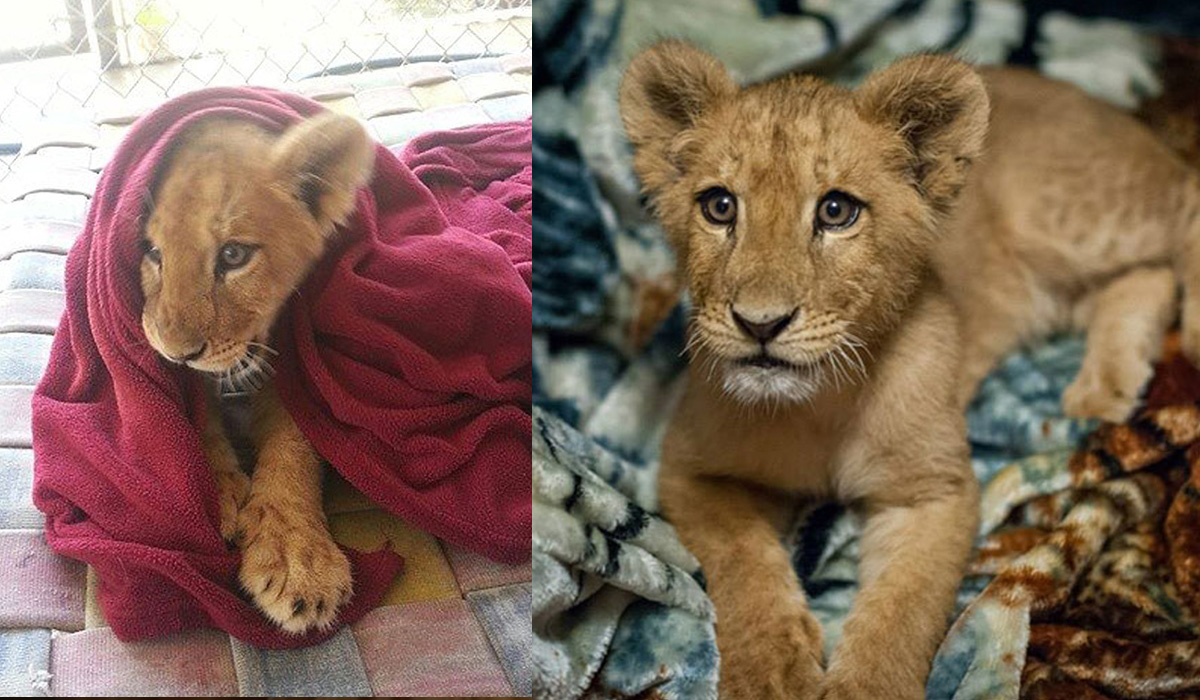 Lambert is now two years old and he’s grown considerably. He still lives with Vicky at the centre, because, sadly, he is too tame to be released back into the wild.

“He has 7,000 sq. ft. worth of space to run around in, which includes a covered den area for shade and protection from the weather and a sunny, grassy playground with the pool he loves to play in.” 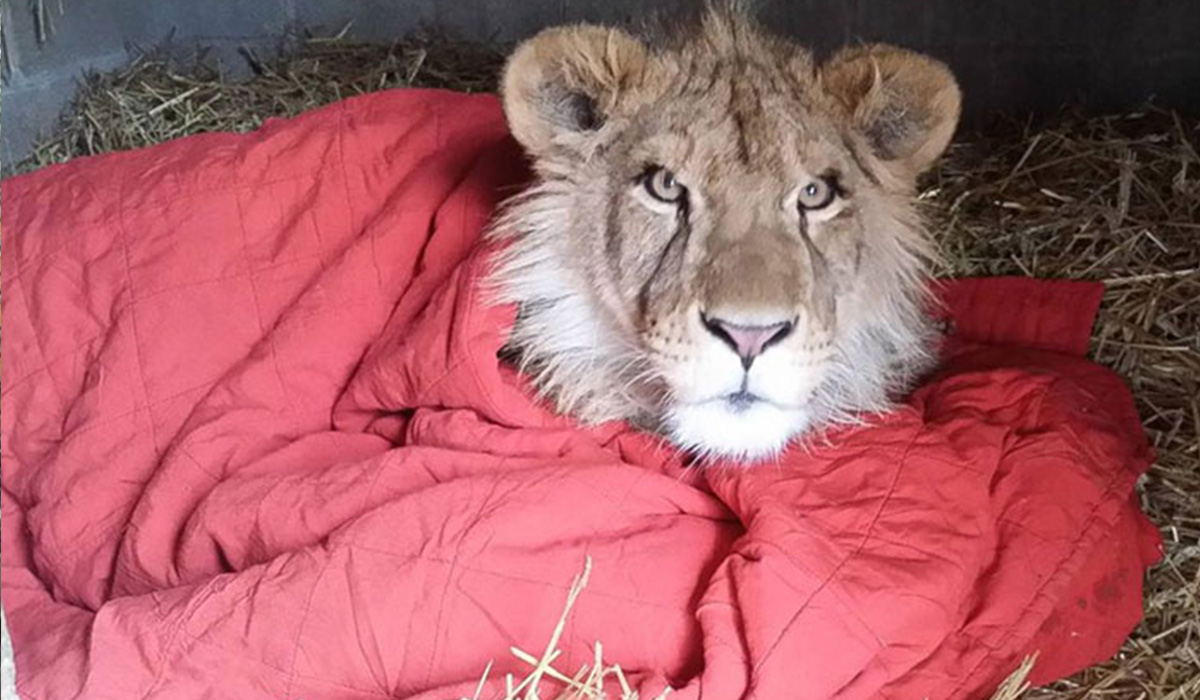 Lambert has grown to be a healthy and happy adult lion, but one thing hasn’t changed. He still can’t sleep without his favorite comfort blanket!

“He is just like any other 2-year-old lion in that he is active and playful, and is full of cattitude. You know where you stand with him.”

For his second birthday on March 22, Vicky gave him all his favourite things as presents: two trash cans (he likes to demolish them), a wad of paper (he likes to tear them up), some whipped cream (everyone likes whipped cream) and his favorite blanket.