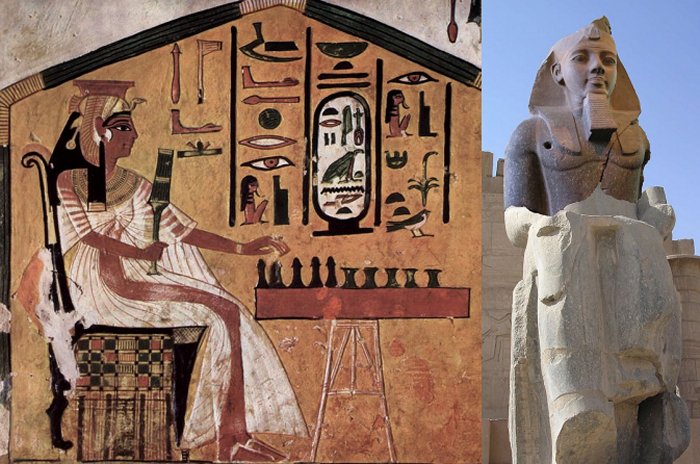 Ellen Lloyd – Icestech.info – In The Valley of the Queens there is an enormous and spectacular ancient tomb that belongs to Queen Nefertari (1290–1224 BC).

Nefertari Meritmut, whose name means ‘beautiful companion,’ was the first of the Great Royal Wives of Ramesses the Great and one of the best-known Egyptian queens, next to Hatshepsut, Cleopatra, and Nefertiti.

Compared to Cleopatra,  the last active ruler of the Ptolemaic Kingdom of Egypt, or Nefertiti, who suddenly disappeared after being elevated to near-equal status by King Akhenaten, Nefertari’s life history is not as complicated or mysterious but significant.

Her giant tomb, QV66, offers evidence of her importance and power as the first wife of Ramesses the Great, the third pharaoh of the Nineteenth Dynasty of Egypt.

Who Was Queen Nefertari?

We do possess little knowledge about Nefertari’s early years. Historians are uncertain about who her parents were and where she was born. A discovered cartouche of Pharaoh Ay inside her tomb has led archaeologists and historians to speculate she may have somehow been related to him. Still, there is no conclusive evidence supporting this claim.

Tracing the life of a person who lived so long ago is always tricky, but historical records show she married Ramesses II before he ascended the throne. At the time of their union, she was 13-year-old, and the pharaoh was 15 years old. The couple had four sons and daughters, or maybe even more. Ramesses II lived for over ninety years, and he had dozens of children with different wives.

Contrary to what many think, marriage, and divorce in ancient Egypt was an uncomplicated matter. In ancient times, politics often decided how marriages were arranged. Some unions were nothing but political business affairs. Still, there were also cases like the marriage between Ramesses the Great and Queen Nefertari that appear to have been a true love affair.

Ramesses The Great was married to Queen Nefertari for 24 years until her death, that is. At Abu Simbel, the pharaoh raised, next to his colossal monument, a magnificent temple in her honor.

He referred to her as Sweet of Love, Bride of God, and Lady of the Two Lands and wrote her sweet love poems. The pharaoh’s inscriptions reveal Queen Nefertari played an essential role in his life and the whole of Egypt.

Queen Nefertari was a knowledgeable lady. She could read and write hieroglyphs, a scarce skill at the time. Most pharaohs didn’t master hieroglyphs. Nefertari used her education and skill in her diplomatic work and she was a respected and admired Egyptian queen.

Nefertari’s children never reached her level of fame. The one who is most well-known today is her son Meryatum became a high priest of Ra in Heliopolis. It was an impressive title because Heliopolis was not only one of the oldest cities in Egypt but also very important as a religious center. 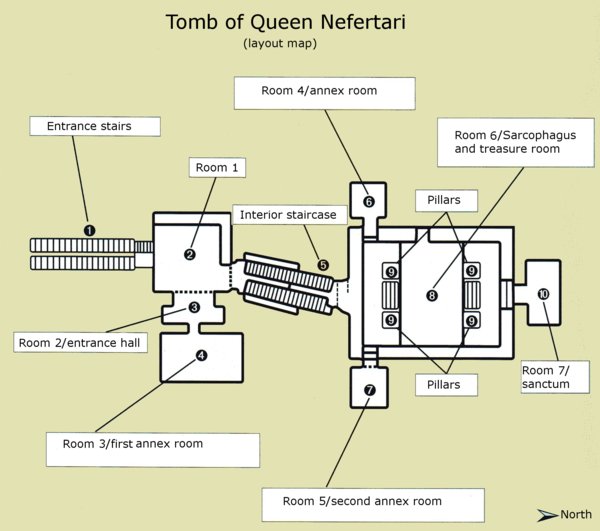 Before Pharaoh Akhenaten expressed dissatisfaction with the old Egyptian tradition, ancient Egyptian priests were very powerful. Their status diminished, of course, when Akhenaten introduced his religious reforms. As the unorthodox ruler, he changed the traditional religion of Egypt from the worship of many gods to the worship of a single god named Aten. In that sense, Egyptian priests, whose daily life focused on pleasing the gods, were no longer necessary. 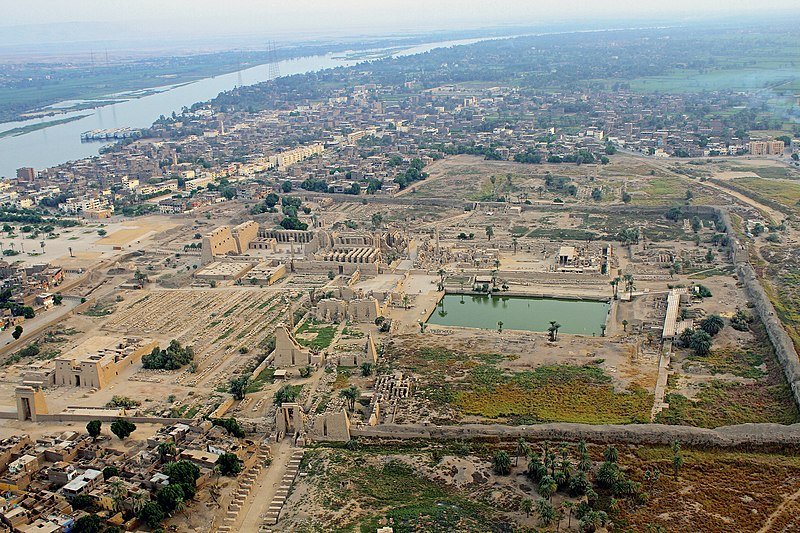 What happened to Nefertari’s other children is uncertain, but the legacy of Ramesses the Great’s first wife is still visible today if you visit Egypt. Although her tomb was robbed in antiquity, its decorated walls testify to her greatness as mighty Queen of Egypt.

The great Egyptian Queen is depicted on a facade of equal size to her husband. The fact that she had her Nubian temple at Abu Simbel made her follow in the footsteps of Queen Tiye, Amenhotep III’s Great Royal Wife. The smaller temple of Goddess Hathor is also dedicated to Queen Nefertari. 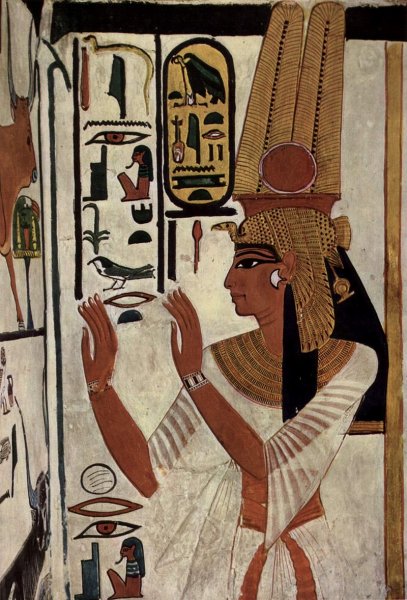 There are many ancient depictions of Queen Nefertari. Credit: Public Domain

In Luxor and Karnak, there are statues of Queen Nefertari where she appears as the consort of Ramesses the Great. Her name is also mentioned on cuneiform tablets from Hattusha, the magnificent capital city of the Hittites. 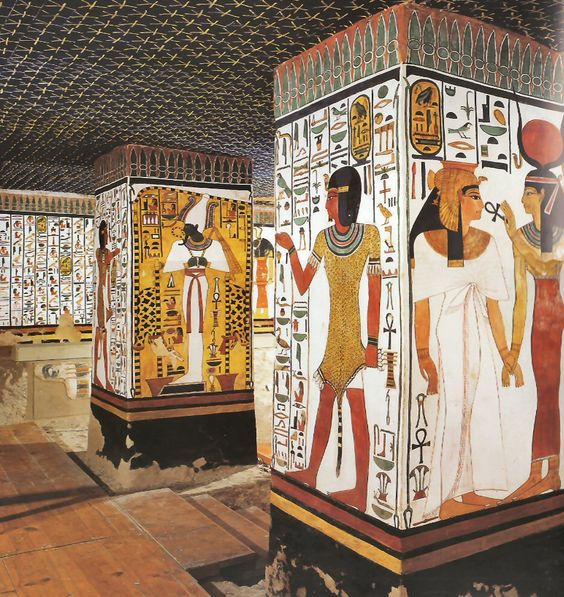 Queen Nefertari’s lavishly decorated tomb was excavated in 1904 by Italian Egyptologist Ernesto Schiaparelli. When he and his team opened the resting place of this once mighty ancient Egyptian Queen, they were astonished, and the decorations in her tomb captivated Egyptologists. The tomb’s ceiling was blue and painted with magnificent stars. The scenes depicted on the ancient walls are still considered some of the most beautiful in the entire necropolis. Her tomb has undergone several restoration works and is today closed to the public.

Because both had similar names, Queen Nefertari is often confused with Queen Nefertiti, but they were two entirely different persons with little in common.

Nefertari has gone to the history books as a powerful, intelligent Queen of ancient Egypt. Her memory has been kept alive thanks to the impressive buildings pharaoh Ramesses The Great raised in honor of his beloved first wife.

John McDonald – House of Eternity: The Tomb of Nefertari 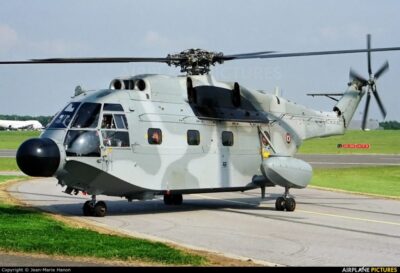 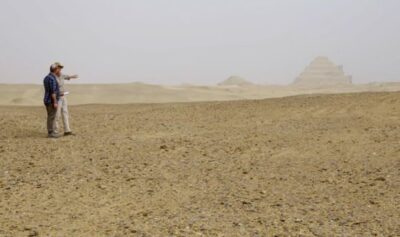