A. Sutherland – Icestech.info – The oldest story about Dido was written by Timaeus, an ancient Greek historian who lived in the 3rd century BC. Dido’s original name ‘Elissa’ is related to El, the remote Phoenician creator god El.

From the first stories written about Dido, we learn that she was the daughter of the King of Tyre (a city in the country now known as Lebanon) and she was married to Acerbas who was a priest of Hercules. 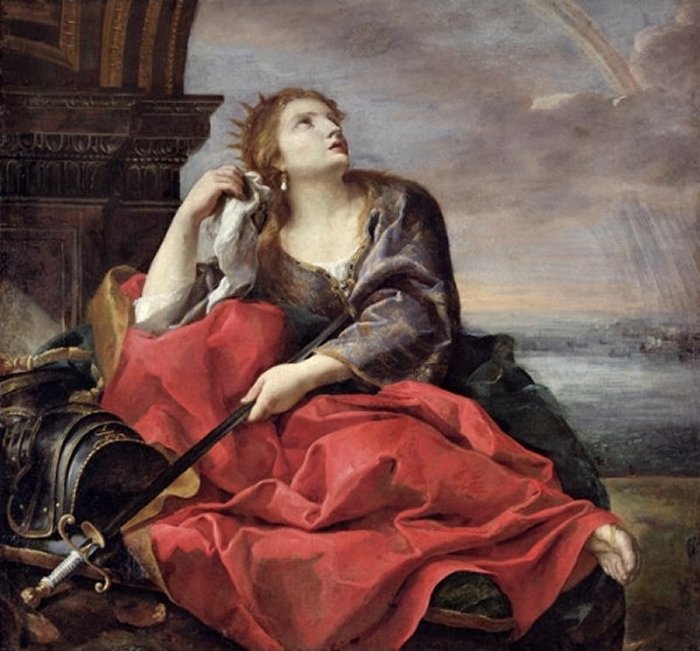 Unfortunately, her husband was killed by her own brother, Pygmalion, and Dido decided to leave her native Tyre, secretly with all her dead husband’s treasures. Elissa, best known as Dido (“the wanderer”), gathered a group of rich Phoenicians and set out on a journey. At last, after having long wandered, they went first to Cyprus, and then to the north coast of Africa in the place now known as Tunisia. They landed on the coast of the Mediterranean, in the gulf where Utica stood.

It was almost fifteen miles from Tunis, famous at this time for its corsairs. After she arrived with her people, she asked Iarbus, the Berber ruler, if she could buy some piece of land in order to settle and start a new life with her people.

Iarbus agreed but under one condition: she could buy as much land as the ox skin would cover. Dido was a very intelligent woman; she instructed her people to cut the skin of the animal into very thin strips. Then, her people covered the piece of land with the strips and thus they marked its borders.

The empty piece of land in a foreign country developed into a city and home for Dido and her people. The city was named Carthage, and Dido became the city’s first queen. Soon Carthage became a prosperous city, in which many local Berbers wanted to live.

When the power of the city grew, Iarbus demanded a marriage with Dido, threatening war if she refused.

Dido still loved her husband Acerbas. What could she do?

Dido Makes Her Decision – Wedding Is Off

Just before her wedding, she built a large fire to honor her murdered loving husband, Acerbas.  Iarbus  king of Getulia, would be her new husband, and he threatened with a war in case of refusal.

However, this wedding never took place because Dido had other plans. She climbed on the pyre and drawing out a dagger which she had concealed under her robe, she stabbed herself with it in front of her people’s eyes.

Dido died but among the Carthaginians, she was never forgotten. They worshiped her as a goddess and their city that Dido helped to establish was rich for 600 years until it was destroyed by Rome in 146 BC. 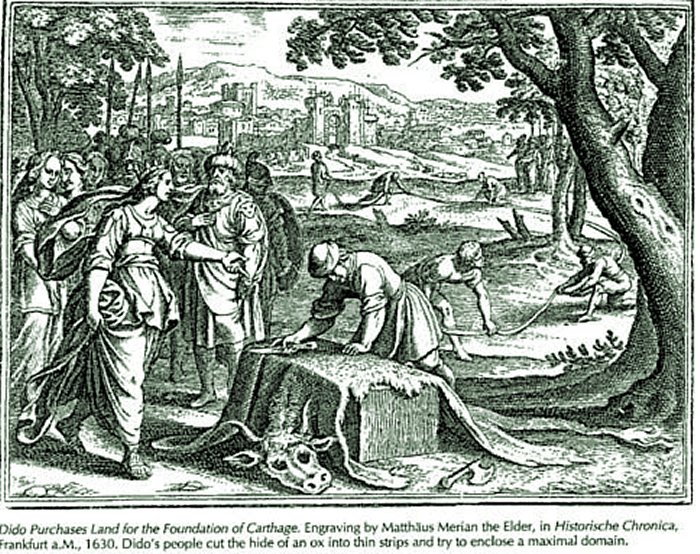 A slightly different version of Dido’s story but in fact, the most popular epic, written by a Roman poet Virgil (70 BC-19 BC). According to him, while Queen Dido lived in Carthage, her city was visited by Aeneas, the ancestor of the Romans and the hero escaping from the defeated Troy.

The two fall in love and Aeneas decides to stay in Carthage as the city’s co-ruler with Dido. But the Roman gods Jupiter and Mercury remind him that he has a mission to accomplish, so unhappy Aeneas must leave Carthage and Dido and travel to Italy.

Sad and disappointed Dido commits suicide with the sword that she gave Aeneas when he first came to her city. The two former lovers meet once again when Aeneas visits the Underworld. He tries to speak to her but she turns away from him in silence. Apparently Dido never truly forgave him for his decision to leave her.

Cotterell, A. A Dictionary of World Mythology