Ellen Lloyd – Icestech.info – One would think respecting the remains of the dead should be self-evident, but it is not always so. It certainly wasn’t the case with the Pharaoh Ramesses I, whose mummy was stolen and displayed as a curiosity and freak of nature. 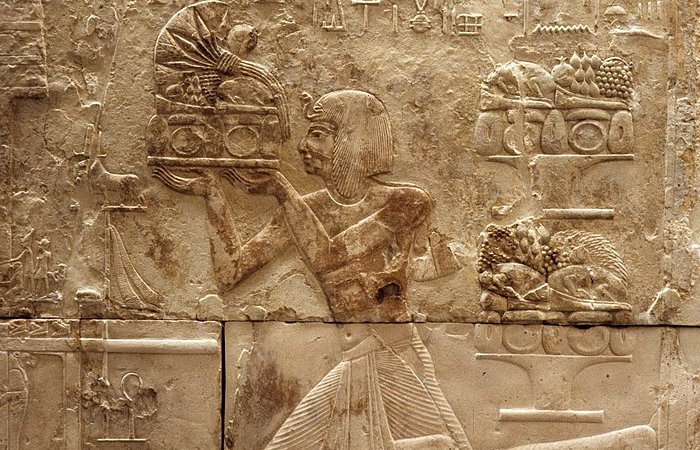 This unsettling case ended first some years ago when the Pharaoh’s mummy was returned to Egypt and respectfully placed at the Luxor Museum.

Who Was Pharaoh Ramesses I?

Unlike his son, Seti I, and his grandson Ramesses II Pharaoh Ramesses I never became a famous ancient Egyptian ruler. This is hardly surprising considering he only reigned for two years and was never really meant a Pharaoh.

Ramesses I, whose name was originally Paramessu, was a vizier to Horemheb, the last king of the 18th Dynasty who died without an heir. “Next after the Pharaoh, the most powerful person in ancient Egypt was the vizier. As the highest state official, the vizier was the immediate subordinate of the king and responsible for legal matters, and thus feared by criminals.” 1 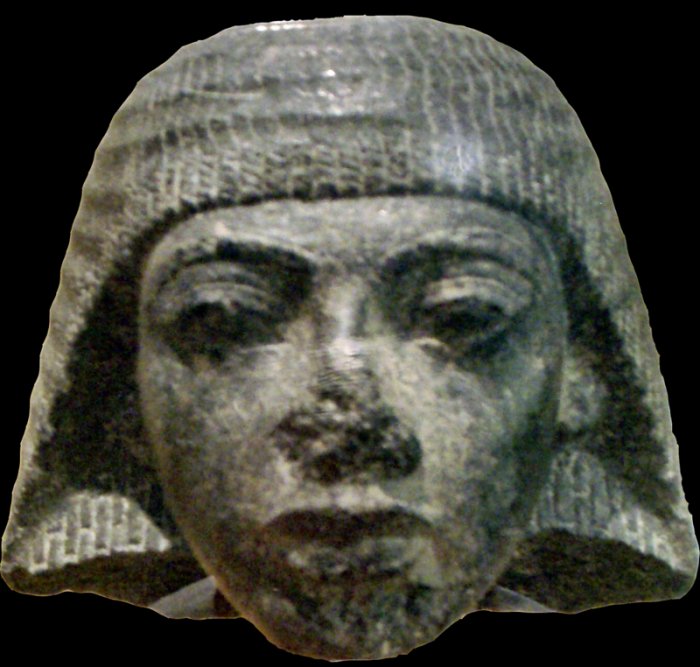 Stone head carving of Paramessu (Ramesses I), originally part of a statue depicting him as a scribe; on display at the Museum of Fine Arts, Boston. Credit: Keith Schengili-Roberts – CC BY-SA 2.5

One can say Paramessu became a Pharaoh almost by default. After being crowned king of Egypt, he changed his name to Ramesses I and founded the Ramesside Dynasty.

Becoming a Pharaoh must have been a bit overwhelming for a man like Ramesses I, who “must have been of advanced years, probably in his fifties and was not of royal blood. He was a ‘career’ army officer, the son of the troop commander, Seti. Their family came from the north-eastern Delta area of Avaris, the capital of the Hyksos invaders of 400 years earlier.” 2

Thus, when Ramesses I became King of Egypt, his country had long had problems with the Hyksos people. These invaders “ruled the Delta areas and gradually spread their rule farther west and south, using all the traditional titles of the Dynasty they conquered. It is believed that the area of the Hyksos’ control extended from the Nile Delta at the Mediterranean to a little south of Cairo.

About 1720 BC, they controlled Avaris and later also of the city of Memphis and maintained commercial relations with Upper Egypt, which was under the dominance of Theban-based rulers, the indigenous Pharaohs.” 3

The Hyksos invasion changed Egypt, and the foreigners were a problem to several ancient Egyptian rulers. Pharaoh Ahmose I finally managed to expel the Hyksos invaders and by doing so, he changed the history of ancient Egypt.

Pharaoh Ramesses I, who reigned between 1292 B.C. and 1290 B.C. (or possibly 1295–1294 B.C) did not have enough time to make a mark on history, but as the High Priest of Set he played an important role in the restoration of the old religion Pharoah Akhenaten wanted to erase. Ramesses I also completed the second pylon at Karnak Temple, and introduced specific changes concerning domestic matters.

On his death, he left his young son, Seti I, “in charge of an ailing superpower, riven by dynastic squabbles, chaotic successions and poorly conceived foreign policies.” 4

Pharaoh Seti I is today famous for having the largest and most magnificent tomb in the Valley of the Kings. His father was not so lucky. He had only a small tomb, K.V. 16 found by Giovanni Battista Belzoni (1778 -1823). 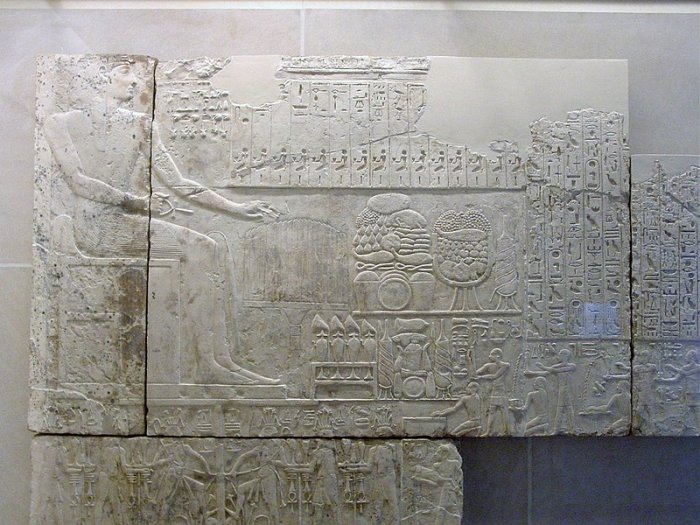 Relief from the Abydos chapel of Ramesses I. The chapel was specifically built and dedicated by Seti I in memory of his late father. Credit: tutincommon (John Campana) – CC BY 2.0

According to Peter A Clayton, author of the book Chronicle of the Pharaohs, “the burial chamber was unfinished, in fact it had been intended to be merely an antechamber to a much larger tomb. As so often, the tomb had been robbed in antiqu ity although some of the burial provisions still remained, notably the larger granite sarcophagus, a pair of almost 6 ½-ft (2m) high wooden statues of the king once covered with thin gold foil, and a number of wooden statues of underworld deities with curious animal heads.

Robbers had damaged the sarcophagus as they prised the lid off and there is evidence they actually hurled some of the smaller statues against the tomb walls in destructive fury, since tiny slivers of gold foil have been observed attached to the painted plaster.“ 2

When Belzoni entered the tomb, the mummy of Pharaoh Ramesses I was no longer there, and it is assumed it must have been removed from the coffin “before 968 B.C., around the same time when a number of the royal mummies were being moved to safety, eventually to be deposited in the tombs of Amenhotep II (K.V. 35) and Queen Inhapi (DB 320). 2 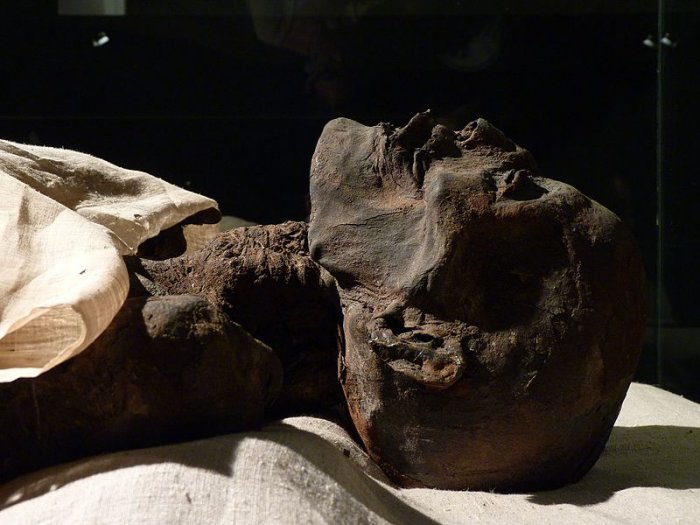 Unfortunately, the mummy of Pharaoh Ramesses I suffered a sad fate. The   Abu-Rassul family of grave robbers had stolen the mummy from the Royal Cache in Deir el-Bahari and Turkish vice-consular agent Mustapha Aga Ayat at Luxor, sold it to Dr. James Douglas, who brought it to North America around 1860.

Later investigation revealed it was stolen from Egypt and displayed in a private Canadian museum for many years. Though conclusive evidence this was the mummy of the Pharaoh is missing C.T. scans, X-rays, skull measurements, and radio-carbon dating indicate these were the remains of Ramesses I. For 130 years, the mummy of Pharaoh Ramesses I was displayed at the Niagara Museum and Daredevil Hall of Fame in Niagara Falls Ontario, Canada. It was placed next to other curiosities and so-called freaks of nature. In 1920 Canadian businessman William Jamieson purchased the contents of the museum and sold them for 2 million USD.

The mummy of Pharaoh Ramesses I was allowed to return to its homeland in 2003, where it has been ever since, and the sad story ended, but the smuggling of archaeological artifacts is an ongoing problem that continues.