Skip to content
Home H History & Archeology Pharaoh Apries – Was The Betrayed Egyptian King Murdered By His Own People?

Ellen Lloyd – Icestech.info – Being a Pharaoh in ancient Egypt could be honorable, prestigious, and dangerous.

At the end of his rule, everything went wrong for Pharaoh Apries. It would seem he had neither the Gods nor the people on his side. He was betrayed and had to flee the country. According to some historical sources, the ancient Egyptian King was murdered by his people. 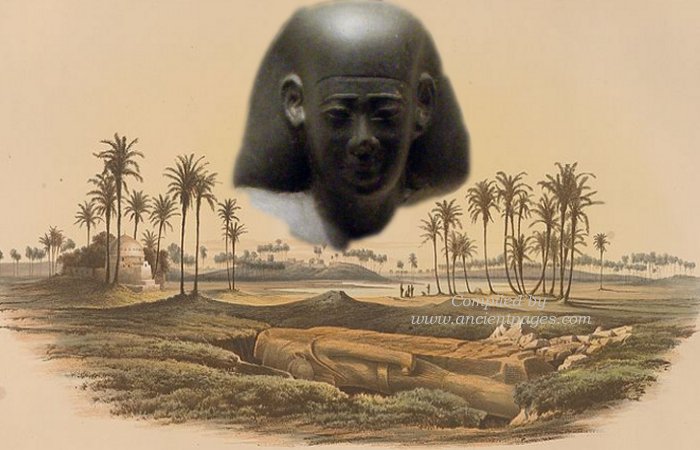 Mutiny, betrayal, and possible murder mark the life of Pharaoh Apries, who inherited the throne from his father in 589 B.C.

The fourth king of the Twenty-Sixth Dynasty (Saitic Period) ruled for 19 years, but his failed foreign policy cost him his life. Pharaoh Apries (Wahibre Haaibre) was called Hophra in Jeremiah 44:30.

Pharaoh Apries had the misfortune of becoming King shortly after the Babylonian Exile, and his intervention in the region’s political situation was one of his two major mistakes.

To understand what led to these historical events, it is essential to know why the kingdoms of Judah and Babylon remained in long-lasting conflict.

“The Assyrian Empire started to show its weakness, and when Ashurbanipal came to the throne, he did not initiate much military action. He spent more of his time governing than conquering. In the following years after his reign, Assyria was ruled by weak Kings.

This weakness opened the door for Nabopolassar to seize power in Babylon, a conquered state at the time, and break the hold Assyria had. Nabopolassar’s reign was filled with wars and battles against the Assyrians.

It was his son Nebuchadnezzar II who finally destroyed both the Egyptian power and the Assyrian Empire. Judah stood in its path for final and ultimate control of the region.” 1

“In 597 BC, Nebuchadnezzar II (c.634 BC – c.562 BC), the Chaldean King of Babylon in Mesopotamia from 605 BC, attacked Judah, captured Jerusalem and deported the Jews to Babylon.

It started the so-called ‘Babylonian Exile’ with the deportation of Jehoiachin (Jeconiah), a king of Judah, who reigned only three months and ten days, from 609 to 598 BC), along with his family. As told in 2 Kings 24:12–16, almost 10,000 prominent Jewish citizens like professionals, the wealthy, priests, and craftsmen were also forced to relocate to the city of Babylon.

The Judean prophet Ezekiel was also exiled to Babylon.

As part of his efforts to keep the region under his control (apparently, it was not easy to subordinate this country, Nebuchadnezzar appointed Zedekiah as King of Judah in his place, who reigned from 597 to 586 BC. Zedekiah was the last King of Judah before the destruction of the kingdom by Babylon.” 2

Pharaoh Apries decided to help the kingdom of Judah, and in 588 B.C., he dispatched a military unit to Jerusalem to protect it from Babylonian forces sent by Nebuchadnezzar II. However, the Egyptian army soon realized they were no match for the Babylonians, and they had to withdraw to avoid a deadly confrontation. 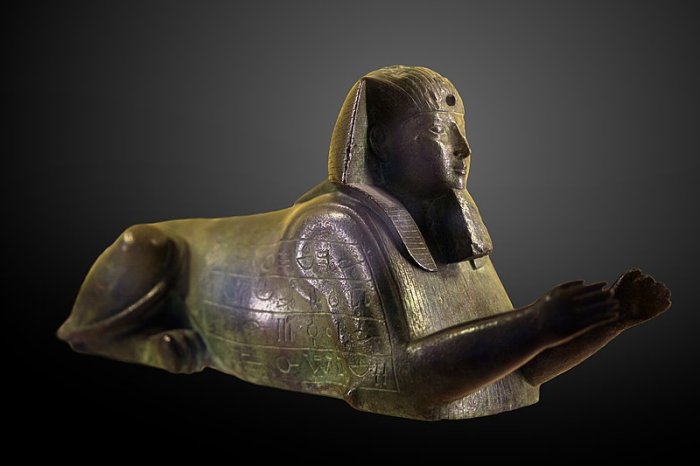 Sphinx of Pharaoh Apries, from the collection of Count Caylus, now in the Louvre Museum. Credit: Rama – CC BY-SA 3.0 fr

After an 18-month siege of the city, the Babylonians destroyed Jerusalem. The ancient Egyptian King’s failure to help King Zedekiah of Judah against Babylon was followed by military problems at home and abroad. Pharaoh Apries contained a mutiny of soldiers from the strategically important Aswan garrison, but more problems emerged in other regions.

Pharaoh Apries sent an army to “aid Libya to against Dorian Greek invaders.” 3 The outcome was disastrous to the Egyptians. The Egyptian King’s “campaign against the Greeks caused a great number of losses in the Egyptian regular army and that was the main reason for a civil war, mostly between the regular army and the Greek mercenaries. His successor was Amasis, a military officer that betrayed Apries to get the crown of Egypt.” 4

Amasis II quickly declared himself Pharaoh in 570 B.C, and Apries fled Egypt and sought refuge in a foreign country. In 567 B.C., Apries, with the help of Babylonian forces, attempted to reclaim the throne of Egypt but failed. Most historians state he was probably killed during a military confrontation with Amasis’s forces.

The Greek historian Herodotus offers another version of the events. In his famous masterwork Histories, Herodotus wrote Apries survived the battle and was captured. The former Pharaoh was well-treated by Amasis II, but the Egyptians demanded justice, and he was strangled to death by his people.

According to Herodotus, Egyptians laid the blame on Apries, “imagining that he had, of malice prepense, sent the troops into the jaws of destruction.

They believed he had wished a vast number of them to be slain in order that he himself might reign with more security over the rest of the Egyptians.” 5

Whether ancient Egyptians murdered Pharaoh Apries or somebody killed him in battle remains a subject historians still debate. There have been Pharaohs in Egypt who had to defend themselves against their people. One of them was Ramesses III, who became a victim of a harem conspiracy, but the murder plot failed, and the King survived.

However, in the case of Apries, his body was transported to Sais

where he was buried with all the honors due to a Pharaoh.

Monuments Of Pharaoh Apries And His Steele

Pharaoh Apries was not a success, and his military mistakes and wrong political decisions led to his demise, but it would be unfair to remember him only as a king who failed. Like most Pharaohs, Apries was a builder, and archaeologists unearthed ruins of his constructions.

“Even if we do not know many monuments from Apries, the ones that are known, are always constructed near former temples: in Sais, Tell Atrib, Baharyia Oasis, and Memphis. His major construction is the palace in Memphis, known as the “Palace of Apries.” 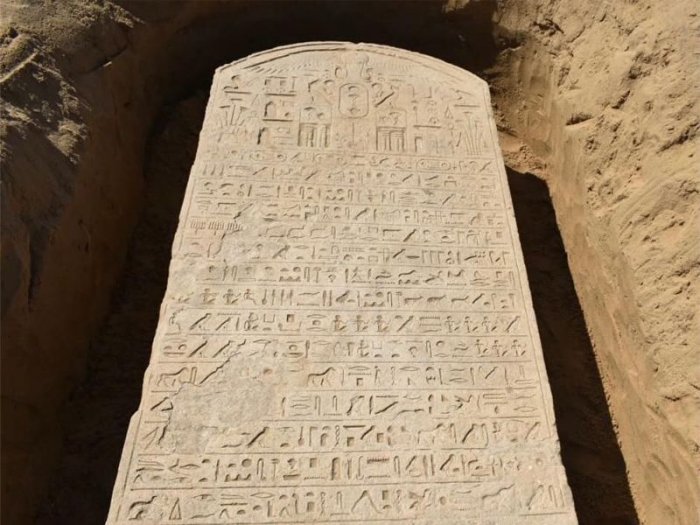 A farmer in Egypt discovered this stele that most likely contains information about the military campaigns of Pharaoh Apries. Credit: Egyptian Ministry of Tourism and Antiquities

The “discovery” of the Palace and its attached military camp, both fortified, is due to W.F. Petrie, although M. Daninos Pacha accomplished the first intervention on this monument in 1901-1902, at the western side f the platform upon which the Palaces is raised.” 4

One of the most recent artifacts attached to the reign of Pharaoh Apries was announced when a farmer living near Egypt’s Ismailia Governate discovered a 2,600year-old stele. Adorned with a carving of a winged sun disk, experts suggest the inscribed hieroglyphics discuss the Pharaoh’s military campaigns.