Skip to content
Home H History & Archeology One Of A Kind 2,500-Year-Old Ritual Wash Basin Painted With Mythological Figures Discovered In The Ancient City Of Klazomenai

Conny Waters – Icestech.info – Archaeologists excavating at the ancient Greek city of Klazomenai, modern-day Urla near Izmir, western Turkey, have unearthed a unique 2,500-year-old ritual wash basin. In ancient times, Klazomenai was the center of ceramic production in the Urla district of Izmir.

The ancient perirrhanterion is painted with beautiful and unusual mythological figures and scenes. The perirrhanterion is a special type of louterion (water-basin) used for ritual washing in sanctuaries, and the objects are, in most cases, found only in fragments. 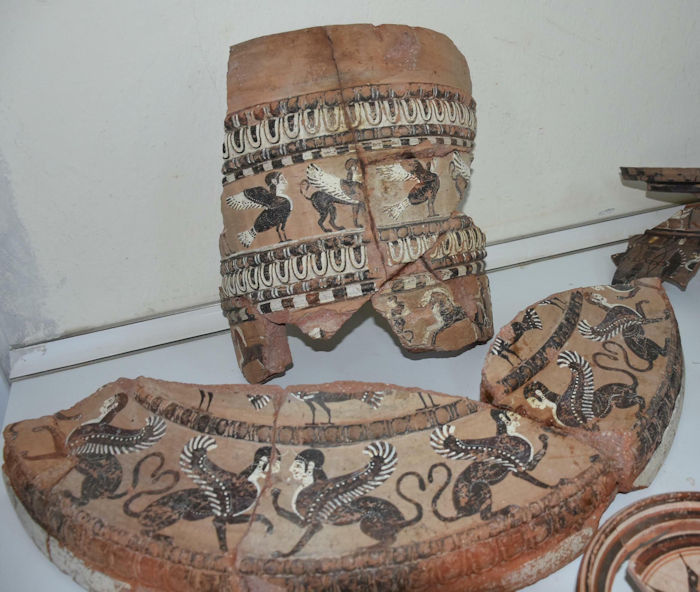 Researchers have been carried out excavations in the ancient city ever since 1981. Klazomenai was one of the twelve Ionian cities and archaeologists have made many valuable finds at the site.

“This year’s excavations unearthed a sink foot and its base decorated with fantastic mythological creatures and chariot races. This sixth-century B.C. artifact is about 2,500 years ago. It is decorated with figures, embossed, and painted in this way. It is the first of its kind,” said the excavation director Professor Yaşar Ersoy. 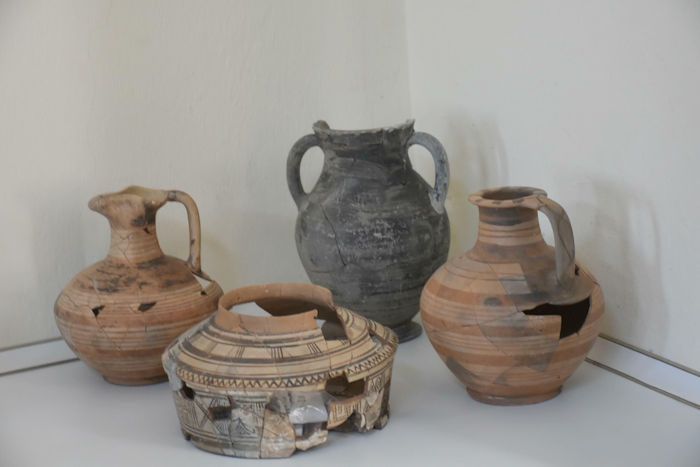 One of the ancient city’s highlights is “an olive oil workshop, which was restored with on-site restoration works and presented to the visitors, draws attention. The Klazomenai olive oil workshop, which is one of the earliest workshops in the Aegean region that has survived so far, shows the existence of mass production in ancient times. It is dated to the sixth century B.C.

During this year’s excavations in Klazomenai, the ceramic production center of the ancient period, the 2,500-year-old perirrhanterion (a large flat-shaped bowl-sink sitting on a high platform and used for body cleaning) was one of the findings,” Hurriyet Daily News reports.

This perirrhanterion is rare because no similar items have been discovered with such elaborated paintings.

“Klazomenai is one of the Ionian city-states in Western Anatolia. It is considered to be one of the most important ceramic production centers in the region, especially in the Archaic period, in the sixth century B.C. 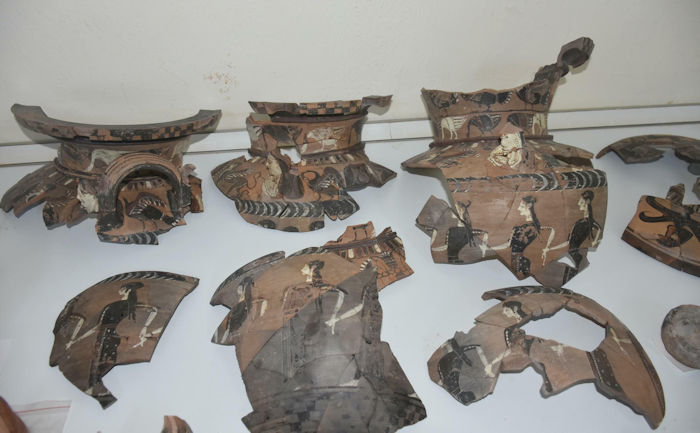 “In the excavations carried out here, we also find many figured ceramics and sarcophagi produced in workshops connected with the city. The sink we found this year is decorated with fantastic mythological creatures and chariot races. This artifact, which dates to the sixth century B.C., is about 2,500 years old. We do not know of an example embossed and painted like this sink,” Ersoy told Hurriyet Daily News. 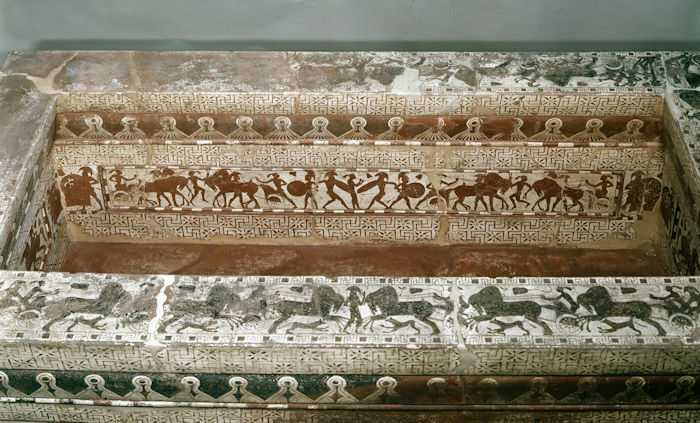 Emphasizing that Klazomenai is an important production center, Ersoy said, “We find the products produced here in the Ionian colonies in the Black Sea, in Southern France, in North Africa or in various centers in the Eastern Mediterranean; so, these artifacts were commercially transported to these places.”

“At the same time, another type of vase, which are identified with Klazomenai, are commercial amphorae. Olive oil or wine used to be stored and carried in these amphorae. 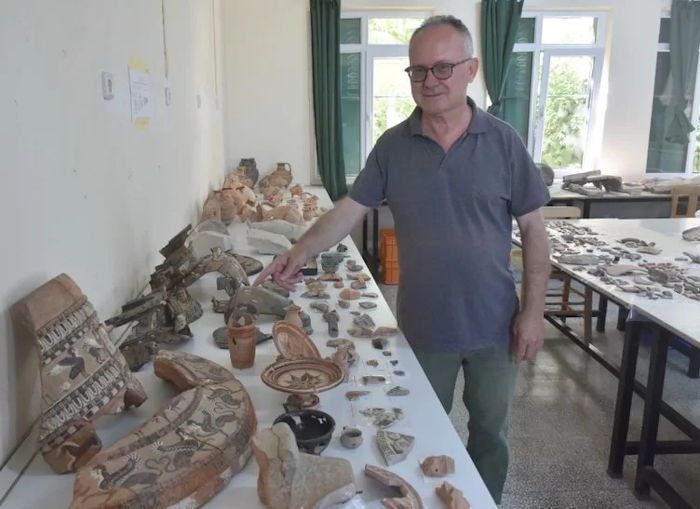