A. Sutherland – Icestech.info – Ogham is very old writing of which the earliest examples date back to 2200 BC. The language of the inscriptions is Irish, but many inscriptions were found to have additional equivalents in Roman and Latin; inscriptions in Scotland used the Ogham script with Old Norse or Pictish. 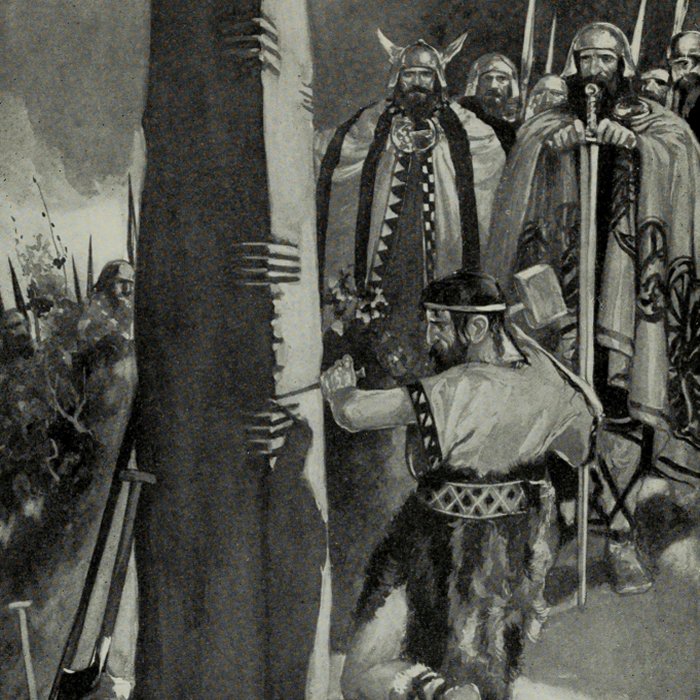 About 360 ogham stones have been recorded in Ireland (in Munster, Kerry, Cork, and Waterford) and with those found in Britain, the total number is more than 400. The ogham stones located in Scotland, Wales, and the Isle of Man are all linked to the Irish settlements that existed during the decline of the Roman Empire.

There are numerous ancient literary sources suggesting that the script was used by Celtic druids about two thousand years ago and it functioned even in the times of St. Patrick, in the 5th century. It was also practiced by bards, intellectuals, and other people who knew how to read the oghams.

Each letter of ogham forms no more than five lines and in total is quite simple, without tricky grammatical problems. Each line is read from bottom to top and the more content, the higher the stone.

The ancient writing was preserved not only in stone but was also practiced to use wood. Still, wood would not survive long, due to weather and the passage of time.

The oghams were found mostly on boundary stones and burial markers all across Scotland, Wales, Ireland, and England. However, burial markers were not many since it took a great deal of effort to dig a huge hole, find an appropriate boulder, move and place it next to the deceased person and then have a stone cutter properly mark it. Because of the effort, it is believed that any ogham burial marker was for a person of some fame or money (or both). 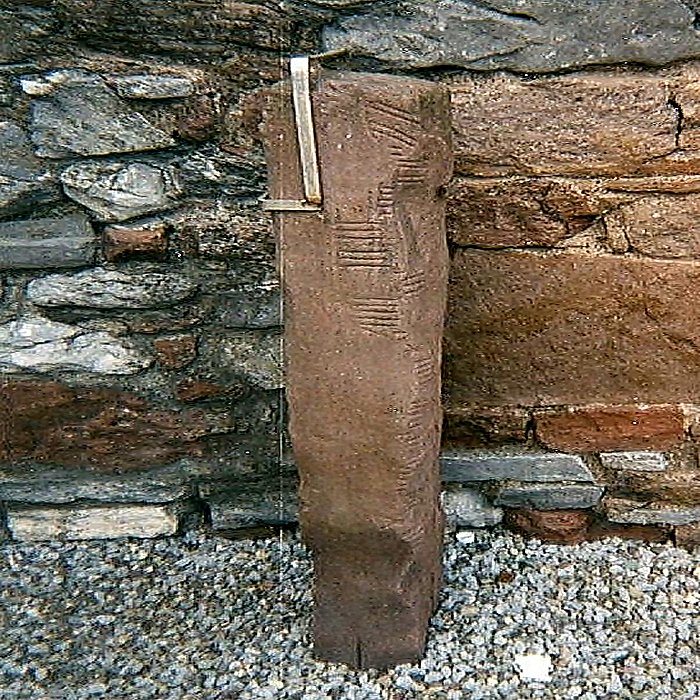 Basically, ogham inscriptions were carved starting at the bottom left-hand side on the stone face. Therefore, the ogham is usually read upwards along the left-hand edge of the stone and sometimes across the top and then down to the other side.

It is believed that the letters of ogham are much older than inscriptions. They were used for inscriptions on stones and contained a series of twenty characters arranged in four groups; each group formed one to five notches disposed of in one of four patterns; up, down, diagonal, and straight through.

They are carved on the edge of a piece of stone or wood.

The word ‘ogham’ is of unclear origin. It seems the ogham alphabet was used to graphically represent the Pictish and Irish languages on stony monuments mostly between 400 and 600 BC.  When the spread of Christianity in Europe began, the use of the ogham system was considered a pagan legacy and gradually people stopped using it. However, the knowledge of the ogham alphabet is still alive and its samples attest to its use as late as the 19th century. Today, many people use the ogham as a tool of divination, although there are only a few examples of it from ancient literature.

There are several different theories and pure guesses about its origin but in fact, it is unknown when exactly this mysterious system was introduced. Some relate the ogham to the runic alphabet while many others believe it is much older. In mythology, ogham usually was used in magic (mainly spells) but ancient Ogham stone inscriptions contained important messages that were only understood by heroes, magicians, gods, and warlords. 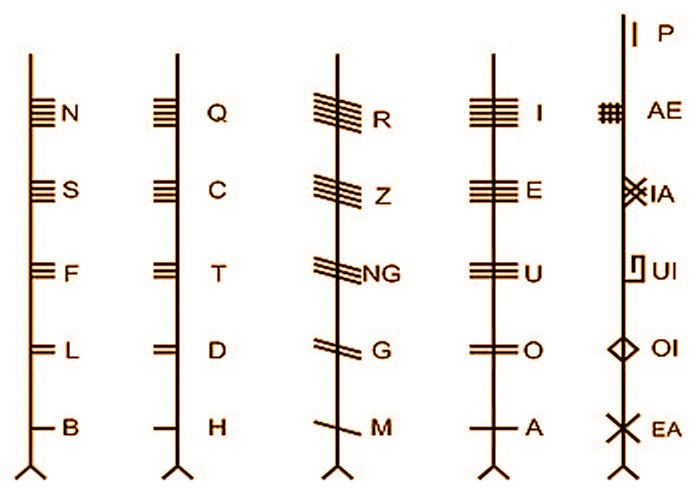 Legend has it, the writing comes from the name of the Irish god Ogma, the Celtic god of eloquence and literature, and the invention of it, is attributed to him as he was skilled in poetry and speech, and created the system for the chosen ones – people who possess the knowledge. Ogma is known from the Irish lore as one of the Túatha Dé Danann.

Damian McManus, Professor of Early Irish in Trinity College, Dublin, and Head of the Department of Irish, quotes it in “A Guide to Ogham,” and it reads as follows: “The inventor here is Ogma mac Elathan who is said to have been skilled in speech and poetry and to have created the system as proof of his intellectual ability and with the intention that it should be the preserve of the learned, to the exclusion of the rustics and fools.”

Another legend is related to the ogham stones with a small hole drilled and says that those wanting to seal a deal or a contract would go to the stone, put fingers through the hole, and state their sides of the bargain, swearing by the bones of their ancestors beneath their feet. In case those who should not keep their part, they would suffer a curse.