A new autonomous weapon system combines a quadruped robot with a sniper rifle. 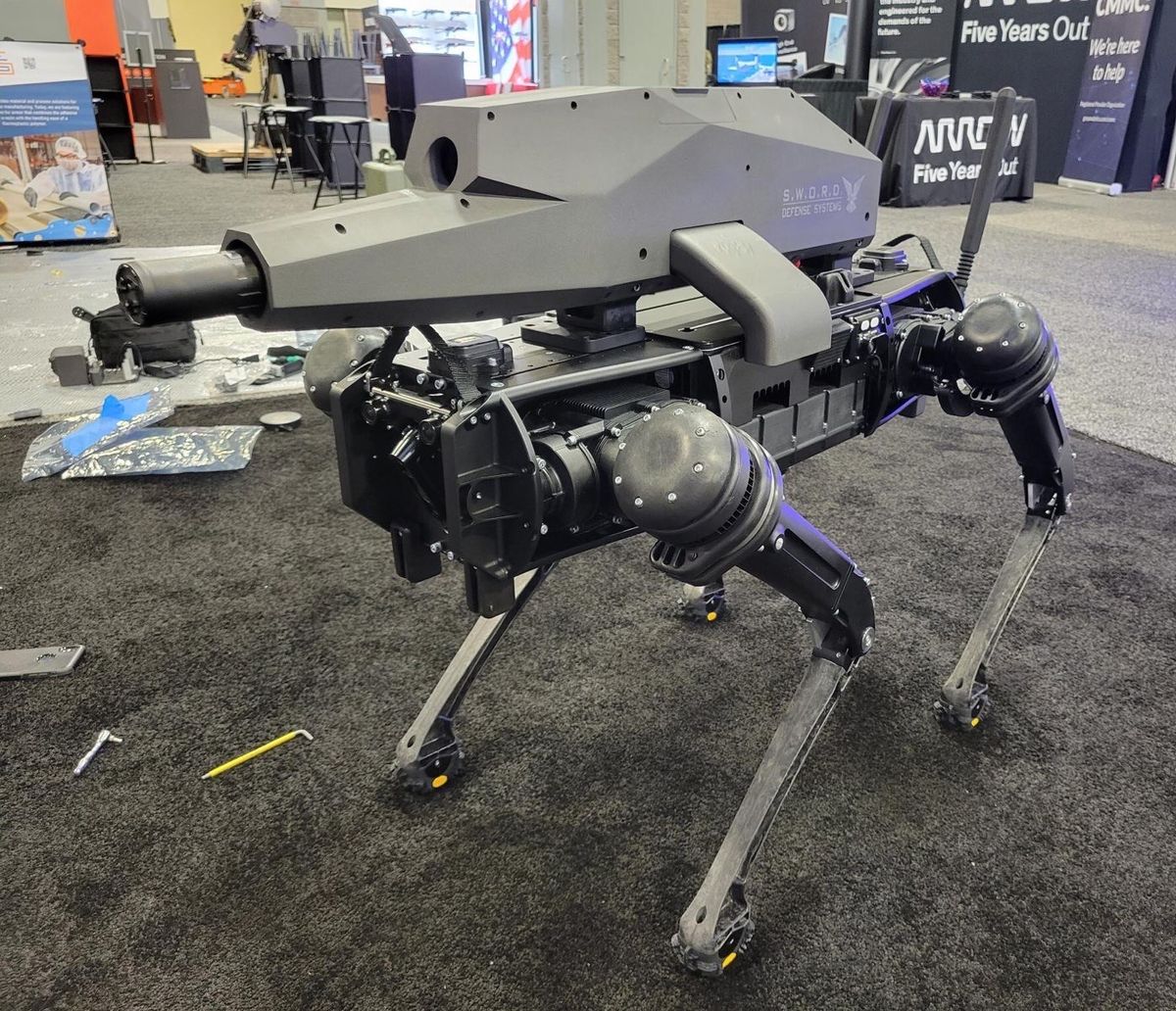 SPUR is armed with a ten-shot rifle and a 30-power zoom.
The weapon can only fire at a human operator’s command, but it does remind us of a certain Black Mirror episode.
Science fiction has seeped into science reality this week, as a robotics company showed off its sniper rifle-equipped robo-dog at the Association of the U.S. Army’s annual convention in Washington, D.C.

Sure, the quadruped robot might resemble a good boy, but it’s packing a built-in sniper rifle capable of engaging targets from three-quarters of a mile away. The service could operate this robotic weapon system remotely. Importantly, it would only engage targets with permission from a human being.

This robo-dog, known as “Vision 60,” comes from Philadelphia-based Ghost Robotics, a startup focused on legged robots. Previously, we’ve spotted Vision 60 robots in U.S. military service during a 2020 U.S. Air Force exercise at Nellis Air Force Base in Nevada. There, the machines helped to establish a security cordon. Air bases—which often require runways that are thousands of feet long—can be difficult to patrol effectively, and the robo-dogs make it easier to rely on fewer humans for the job.

This new, armed version of the Vision 60 is equipped with the Special Purpose Unmanned Rifle (SPUR). It’s a ten-shot rifle chambered in a 6.5-millimeter Creedmoor—a new, medium-caliber, high-velocity, long-range precision round. The Creedmoor is known in shooting circles for having a relatively flat ballistic trajectory, making it more of a “hit-what-you-see” round at longer ranges than older cartridges like the .308 Winchester.

The robot’s human controller is in charge of SPUR; a 30X electro-optical thermal scope assists in the weapon’s target acquisition and aiming. 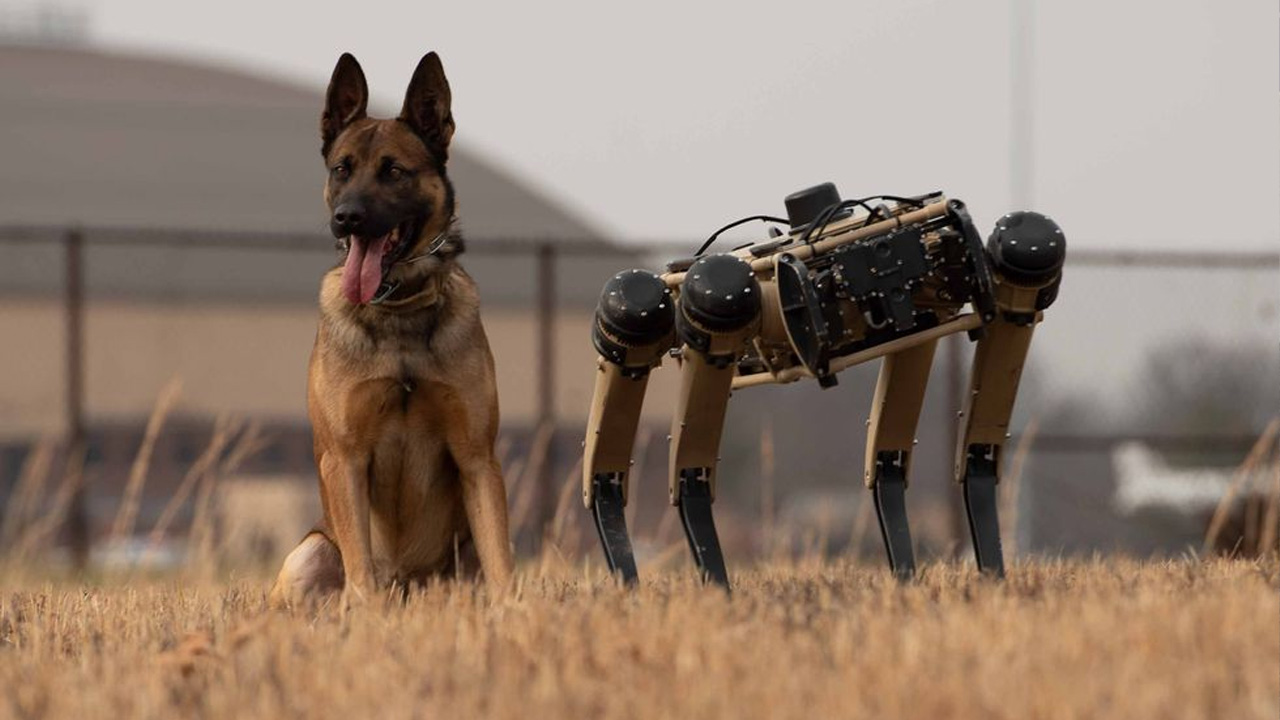 The Vision 60 looks a lot like Spot, the internet-famous robo-dog from Waltham, Massachusetts-based Boston Dynamics. Both quadruped robots were involved in the September 2020 exercise at Nellis Air Force Base. The similarities don’t stop there, either: Both can climb staircases, navigate complicated terrain, and right themselves if they fall over. Vision 60 and Spot each have a maximum payload of 31 pounds.

Vision 60 is capable of remote-controlled or autonomous operation. In remote-controlled mode, a human operator would select a target and then open fire. However, current U.S. military policy on autonomous systems prohibits automatic target engagement. So, an autonomous weapon system like Vision 60 could line up its sniper rifle against a target (and compute a firing solution), but it cannot open fire. Only a human can do that.

That’s a huge relief to anyone who has seen the Black Mirror episode “Metalhead.” In the episode, killer robo-dogs pursue humans with ruthless efficiency, tirelessly pursuing them across a bleak apocalyptic landscape. So rest assured that if a robo-dog does start to chase you, it won’t be able to employ weapons on its own. For now, anyway. 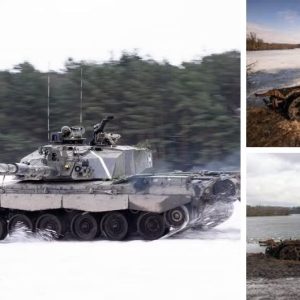