Jan Bartek – Icestech.info – Archaeologists from the University of Bristol have suggested that mysterious stone spheres found at various ancient settlements across the Aegean and Mediterranean could be playing pieces from one of the earliest ever board games. 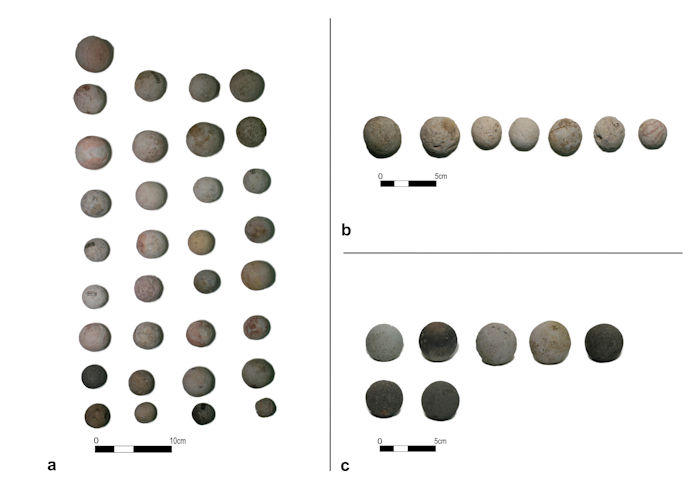 There has been quite a lot of speculation around these spheres found at sites on Santorini, Crete, Cyprus, and other Greek Islands, with theories around their use including being for some sort of sling stones, tossing balls, counting/record-keeping system, or as counters/pawns.

Previous research by the same team from the University of Bristol indicated that there was variability in sphere size within specific clusters and collections of spheres. Following on from this, the team wanted to explore potential patterning within these sphere concentrations, to help give an insight into their potential use.

The latest study published this week in the Journal of Archaeological Science: Reports by Drs Christianne Fernée and Konstantinos Trimmis from the University of Bristol’s Department of Anthropology and Archaeology examined common features on 700 stones—which range from around 4,500 to 3,600 years old—found at the Bronze Age town of Akrotiri on the island of Santorini. 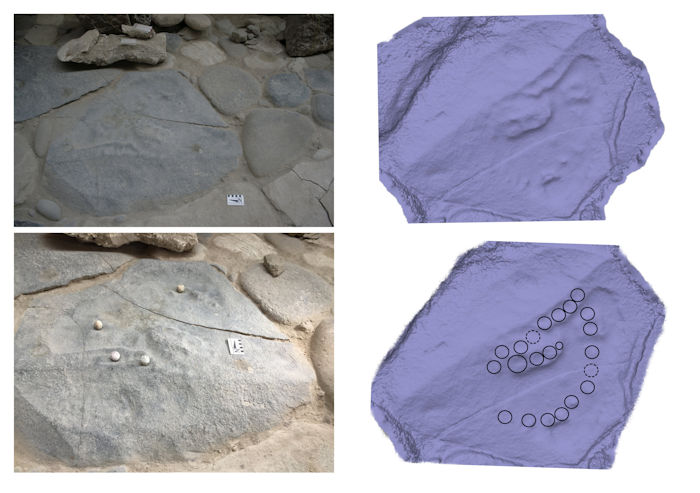 The kernos (slab with cup marks) at the square of the House of the Benches and an interpretation of how the spheres could be associated. Credit: Konstantinos Trimmis

The stones, which are smaller than golf balls, are in various colors and made from different materials. The analysis put the stones into two groups of larger stones and smaller. In addition, in Akrotiri and in other settlements across the Aegean, there are stone slabs with shallow cup marks where the spheres could have sat or been placed.

Dr. Ferneé said, “The most important finding of the study is that the spheres fit two major clusters (one of smaller and one of larger stones). This supports the hypothesis that they were used as counters for a board game with the most possibly collected spheres to fit these clusters rather than a counting system for which you would expect more groupings.”

If these spheres are in-fact part of a board game, they will be one of the earliest examples, along with similar examples from the Levant and Egypt, such as the Egyptian Mehen and Senet. 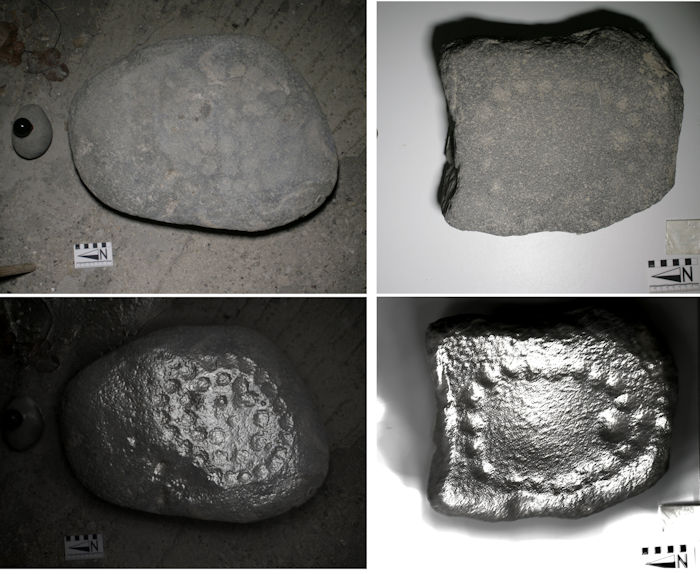 The next stage of the research is to apply a similar methodology to the slabs to see if there is clustering in the cup marks and trying to associate the spheres and slabs together. The team also hopes to use artificial intelligence techniques to determine how the game was actually played.