Conny Waters – Icestech.info – Located between the modern villages of Palatitsia and Vergina, in Northern  Greece, the city of Aigai was the ancient first capital of the Kingdom of Macedonia. Discovered in the 19th century Aigai is of great historical importance, and archaeologists excavating at the site have made many fascinating discoveries that shed more light on daily life in the region. 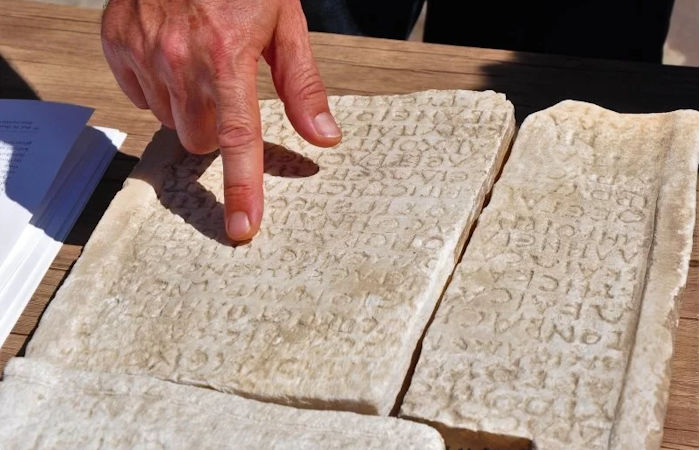 Scientists have deciphered a 1,800-year-old marble inscription found in the ancient city of Aigai. Credit: DHA

According to UNESCO, the most important remains in the ancient city of Aigai, in western Turkey’s province of Manisa are the monumental palace, lavishly decorated with mosaics and painted stuccoes, and the burial ground with more than 300 tumuli, some of which date from the 11th century B.C. One of the royal tombs in the Great Tumulus is identified as that of Philip II, who conquered all the Greek cities, paving the way for his son Alexander and the expansion of the Hellenistic world.

In 2005 archaeologists excavating around the parliament building at the site of Aigai unearthed a mysterious 1,800-year-old marble inscription that has now finally been deciphered. At the time of the discovery, the ancient marble slab was broken into three pieces, and it has taken time to put together the inscription to make it readable.

The ancient city, whose name comes from the Greek word “aíga” (goat), is often referred to as “the city of goats”. This is not surprising, considering goats enjoy such high altitudes and rocky lands. When scientists examined the marble slabs, they realized goats held the key to the ancient mystery. 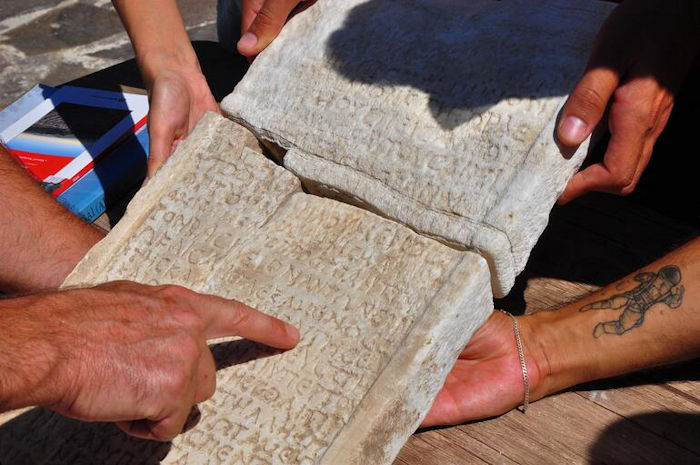 The ancient inscription provides scientists with knowledge about the city’s economics. Credit: DHA

The ancient marble inscription revealed that the people of Aigai sent a messenger called ‘Fortunatus’ to the Roman Emperor, reporting their complaints about the different collection of taxes from goat skin by each collector. The Emperor took into account the complaints and demands of the Aigaites, fixed the taxes taken from goat skin at a rate of 1 in 6, and stated that he would punish the tax collectors who did not comply with this rule.

Heading the excavations in the ancient city of Aigai, Manisa Celal Bayar University Department of Archeology Associate Professor Yusuf Sezgin drew attention to the importance of the inscription in proving that the economy of the city was based on goats and goat skins. 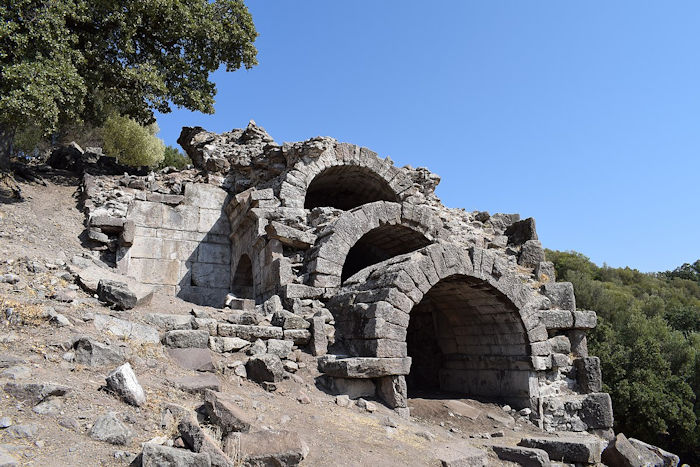 Aigai literally means goat. It is geography suitable for goat breeding in its geography. For the first time, we have come to a situation where we can say this with an inscription. It is an inscription written 1800 years ago and placed in the parliament. It must be one of the most important issues of the city. Determining the taxes collected by the Roman emperors and fixing them.

Thanks to the inscription, the city’s relationship with goat skin confirmed our theories that the city’s economy was based on goat skin. In this respect, it is an important inscription that we have newly presented to the world of science.”