Conny Waters – Icestech.info – The ancient city of Hadrianopolis was an important site of pilgrimage for early Christians until the city lost its importance in the 8th century AD. 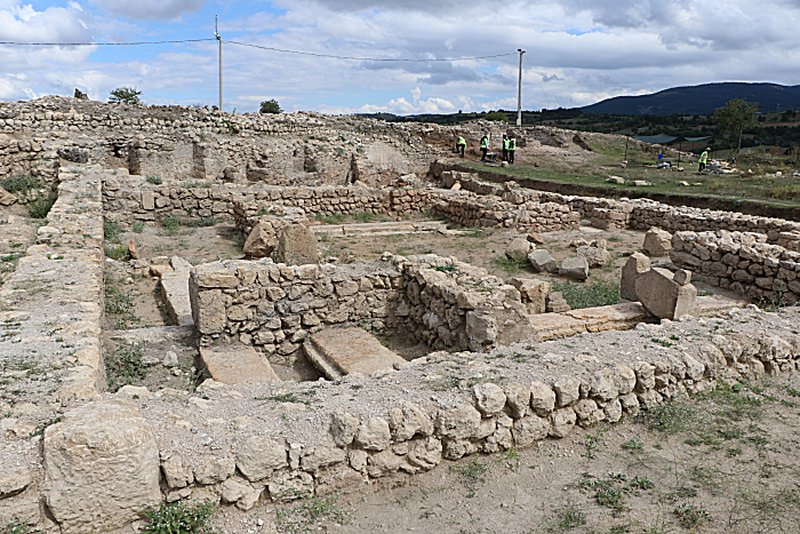 Traces of the Asclepius cult were found during the studies carried out in the ancient city of Hadrianopolis ancient city, believed to have been used as a settlement until the eighth century A.D., Karabük, Türkiye, Sept. 5, 2022. Image credit: IHA

People visited the city because it is the birthplace of the Saint Alypius the Stylite, a seventh-century ascetic saint, who was worshiped as a monastic founder, and a protector of children.

Hadrianapolis – suddenly abandoned completely at some point in the seventh century AD – was inhabited in the late Hellenistic, Roman, and early Byzantine periods. Archaeological excavations in the city systematically reveal public buildings and other structures. Additionally,  Hadrianopolis can be compared to the ancient city of Zeugma in southeastern Turkey, once, one of the most important centers in the Eastern Roman Empire. 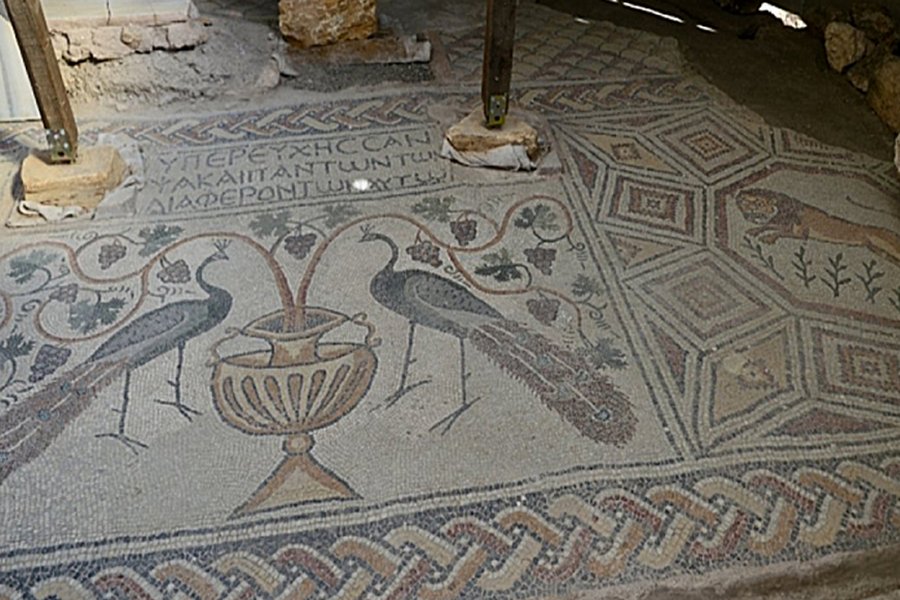 Hadrianopolis is also called “Zeugma of the Black Sea” due to its unique mosaics. Image credit: AA

Now, Hadrianopolis once again remind us of its fascinating past. During the ongoing  excavations at the city’s ruins, archaeologists unearthed new mosaics, writes Daily Sabah. Located in the Black Sea province of Karabük’s Eskipazar district, Hadrianopolis is called the “Zeugma of the Black Sea” due to its unique animal mosaics.

The ancient city was used as a settlement during the late Chalcolithic, Roman and early Byzantine periods. Another attraction and fame of Hadrianopolis comes from the ancient belief that the site was used for health care due to the discovery of an inscription addressing Asklepios, the god of medicine, and for military purposes due to the finding of an iron mask belonging to a Roman soldier.

Speaking to Anadolu Agency (AA), Sinan Ekici, an official from the excavation team, said excavations and restoration have continued at the site year-round since they began in 2003. 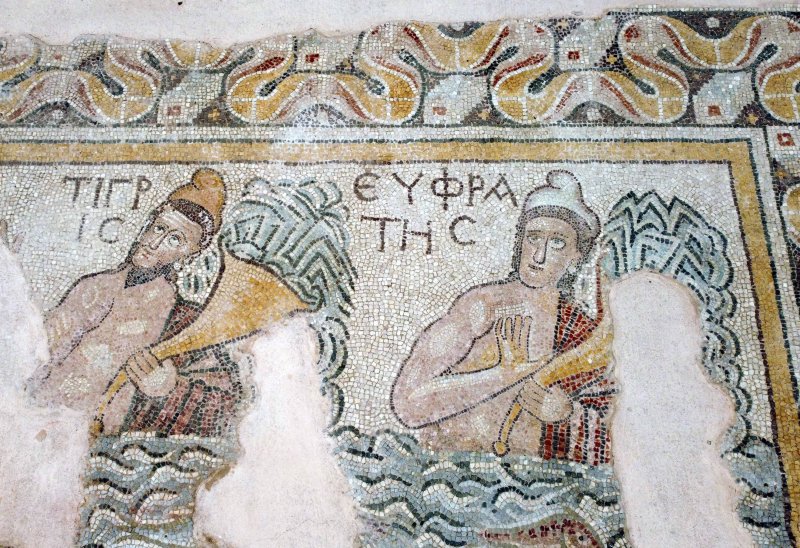 Hadrianopolis is called “Zeugma of Black Sea” because of its mosaics. Image credit: Anadolu Agency

“We are unearthing the walls of a Roman castle now. There is a new structure inside the castle that we started to excavate this year … The mosaics show that it was a beautiful building,” he noted.

Ekici went on to say that mosaics are in various parts of this square-planned building and there are also various bird and amphora figures and grape basket decorations on the mosaics,” writes Daily Sabah. 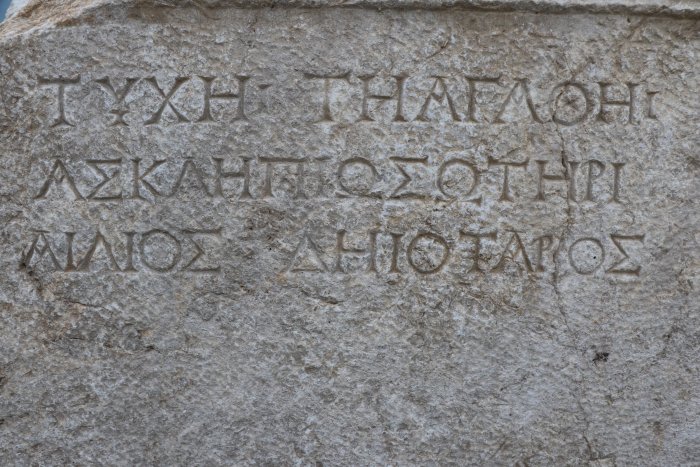 Traces of the Asclepius cult were found during the studies carried out in the ancient city of Hadrianopolis, believed to have been used for settlement until the eighth century A.D., Karabük, Türkiye, Sept. 5, 2022. Image credit: IHA

“It is only a matter of time before new mosaics are discovered. After taking the needed measures, we will open the mosaic sites for tourism,” he added.

Established during the first century B.C., Hadrianopolis was used as a settlement until the eighth century A.D.

In the ancient city, many structures including two baths, two churches, a defense structure, rock tombs, a theater, an arched and domed building, a monumental cultic niche, city walls, villas, monumental buildings, and cult areas have been found. 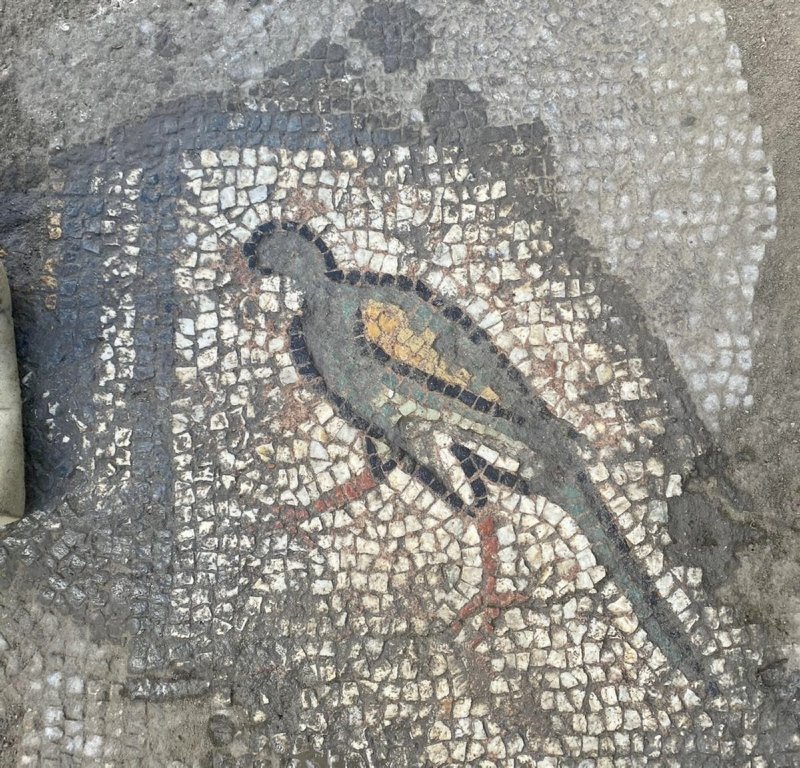 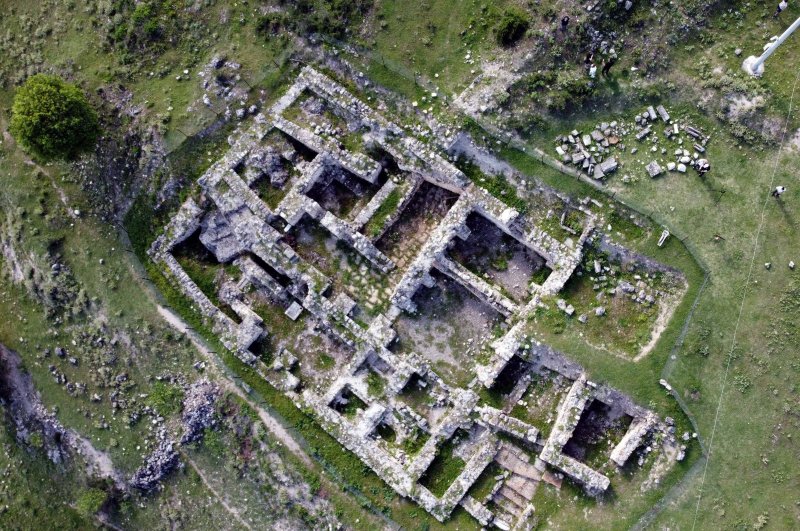 An aeriel view from the ancient city of Hadrianopolis.  Image credit: AA

Archaeological works in Hadrianapolis began in 2003 and have been continuing with intervals. Archaeologists reported that surface surveys have uncovered 14 public buildings and other structures in the ancient city of Hadrianopolis so far.

The discovered public buildings include two baths, two churches, a defense structure, rock tombs, a theater, an arched and domed structure, a monumental cultic niche, walls, a villa, other monumental buildings, and some religious buildings.

The church floors are decorated with mosaics and have images of the rivers of Geon, Phison, Tigris and Euphrates imprinted on them, which are mentioned in the Bible.

Besides, various animals, such as horses, bulls, elephants, panthers, deer, and peacocks, are also depicted in the mosaics of the ancient city, which bear resemblance with the world famous ancient city of Zeugma in the southeastern province of Gaziantep.