Eddie Gonzales Jr. – Icestech.info – Chinese paleologists have discovered two fossil repositories in southwestern Chongqing municipality and Guizhou province whose strata date back to the Silurian Period that began around 440 million years ago. 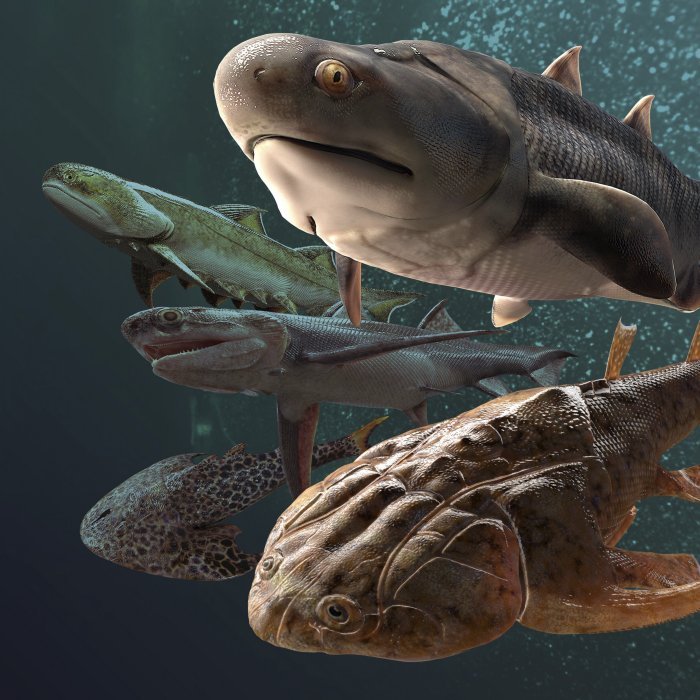 The two sites have yielded crucial discoveries that could rewrite the evolutionary story of how humans evolved from fish.

According to four articles published in the journal Nature on Wednesday, Chinese researchers reported finding fish fossils that provided the “missing link” about the origin of the jaw, a key trait that gave rise to 99.8 percent of all vertebrate species living on Earth today, from giant whales to humans.

It is the first time for China to publish many studies by one research team in a single issue of the prestigious journal, which stands as a testament to the importance of the findings and for China’s global recognition as a powerhouse in paleontology, experts said in a press release.

Deng Tao, the director of the Institute of Vertebrate Paleontology and Paleoanthropology of the Chinese Academy of Sciences, said the recent breakthroughs represented China’s original contribution to the basic sciences regarding evolution.

Deng said China’s support for archaeology and paleoanthropology is one of the key reasons for the nation’s recent discoveries. Having a wealth of unique and well-preserved fossil specimens and the advanced scientific instruments to study them, as well as extensive international collaborations are also beneficial, he added.

Zhu Min, a researcher from the institute who led the studies, said the findings drew a large amount of interest from the publisher and the international scientific community because the jaw is a game-changing innovation for vertebrates.

“It allows the animal to bite and consume food, rather than rasping and funneling nutrients into their bodies like hagfish and lampreys, the only surviving lineages of jawless fish,” he said.

“Therefore, there had been a massive 30-million-year gap in our paleontological record that wasn’t filled for decades until now,” Zhu said.

The latest findings made by Zhu’s team presented a set of five exceptionally well-preserved fish fossils from the early Silurian period, which contained three whole-bodied fish that helped scientists paint a more accurate evolutionary picture of the origin of the jaw.

In general, these fossils showed that jawed fish were already thriving in the ancient oceans at least 440 million years ago. By the late Silurian period, more diverse and larger jawed fish had evolved and began to spread around the world, paving the way for some fish to eventually go on land and evolve into other animals.

“These fossils provide an unprecedented opportunity to peek into the ‘dawn of fish’ and help scientists trace many human body structures back to these ancient fish, thus filling some key gaps in the evolutionary history of how fish evolved into humans,” Zhu said.

The fossil set included a 3-centimeter-long placoderm, an armored prehistoric fish that was the earliest known jawed vertebrate called Xiushanosteus mirabilis. This fossil shed light on the evolution of the skull for jawed vertebrates.

Another fossil was from a spiny shark-like fish that has a skeleton primarily composed of cartilage called Shenacanthus vermiformis. Unlike other cartilaginous fish species such as sharks and rays, this ancient fish had armor plates more commonly associated with placoderms, thus revealing a previously unknown diversification.

In another paper, scientists described the features of a type of galeaspids called Tujiaaspis vividus, a species of armored jawless fish known only from China and northern Vietnam.

This fossil specimen was about 436 million years old, and showed the primitive feature of paired fins before they separated into pectoral and pelvic fins, the precursors that later became our arms and legs.

The other studies described the fossil of a cartilaginous fish called Fanjingshania renovate, and fossil teeth from a previously unknown shark relative named Qianodus duplicis. Both specimens dated back to around 439 million years ago.

The Fanjingshania renovate fossil provided evidence supporting the theory that jawed vertebrates had witnessed increased taxonomic diversity during the early Silurian period. The teeth specimen was the oldest of its kind from jawed vertebrates to date.

In a comment on the studies, John Long, the former president of the Society of Vertebrate Paleontology, said: “It’s really an awesome, game-changing set of fossil discoveries. It rewrites almost everything we know about the early history of jawed animal evolution.” (China Daily)