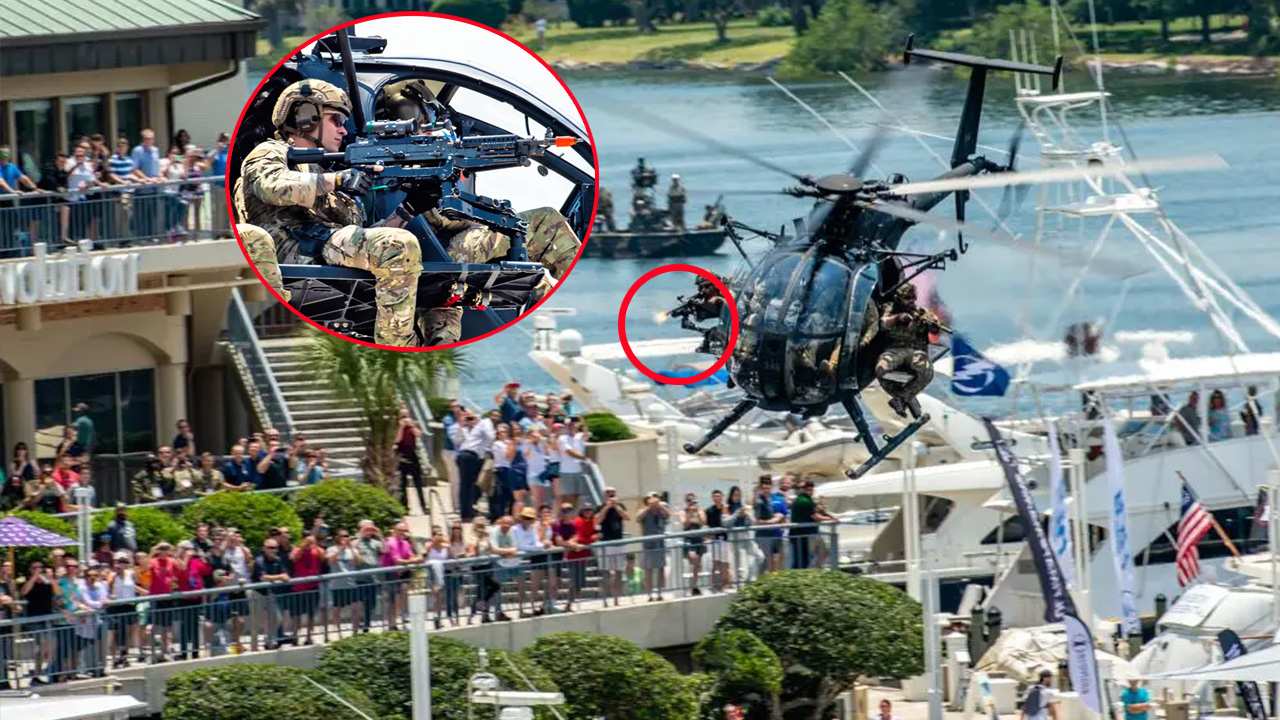 ust when you thought there couldn’t possibly be more capabilities to bolt onto a massively versatile platform as compact and agile as the MH-6 Little Bird, U.S. Special Operations Command said “hold my machine gun.” While we’ve seen machine guns aboard Little Bird’s attack variant, the AH-6, the addition of designated mounts atop the MH-6’s personnel planks ensures that the helicopter can still pack a punch while carrying special operators to and from hard-to-access places.

During this year’s Special Operations Forces Industry Conference (SOFIC) capability demonstration, the MH-6’s machine gun mount made what could be its first clear and official debut above industry and community onlookers. Throughout the demo, the 160th Special Operations Air Regiment, better known as the Night Stalkers, put what has been lovingly nicknamed the ‘Killer Egg’ into action over Tampa Bay.


The insane amount of maneuverability that these pint-sized helos offer makes them a perfect fit for the Night Stalkers and their insertion- and extraction-heavy special ops exercises and missions.

The personnel plank that the machine gun mount is attached to in the photos taken during the demo was designed by Arizona-based contractor Dillon Aero and is officially regarded as a Mission Configurable Aircraft System (MCAS-MH). According to the company’s website, the armament solution is designed to be easily configured to attach a machine gun mount, pintle-arm, caving ladder, FLIR System Electronics Unit, and ground handling wheel mount.

Another photo of the capability demonstration at SOFIC in Tampa Bay. U.S. Air Force
A tweet that surfaced in 2020 showed the machine gun-mount-equipped MCAS-MH aboard an MH-6. In essence, the mount is intended to offer stability for a machine gun up to at least 7.62X51mm. In the instance of the SOFIC capability demo, the machine gun attached to the mount was an M240L. The addition would certainly prove extremely beneficial in providing immediate suppressive fire and for engaging threats while executing the high-risk insertion and extraction operations that the Night Stalkers are known for.

On top of the MH-6’s typical mission of inserting and extracting special-ops assault teams, Little Birds have also been known to transport sniper teams from time to time. Therefore, having the opportunity to mount a fixed machine gun to the personnel plank could allow them the chance to provide additional fire support all within a relatively petite package.

Keep in mind that the MH-6 can be reconfigured into an AH-6 light attack configuration, but mixed detachments of MH-6s and AH-6s are not always a reality. So giving a troop-carrying configuration MH-6 the ability to sport some heavier firepower without being converted to AH-6 would be highly beneficial.

U.S. Army’s 160th Special Operations Aviation Regiment MH-6M Little Bird transports Rangers from the 1st Ranger Battalion during a rapid deployment capabilities exercise. U.S. Army
Along with offering the best first looks at the MH-6’s modular machine gun mount, the MH-6 Little Bird actually ended up being one of the many hot topics in discussion at SOFIC this year. For instance, the U.S. Special Operations Command (USSOCOM) announced that the organization will continue to deeply upgrade the type for years to come.

At a discussion event on May 13th, Rotary-Wing Program Executive Officer Geoffrey Downer presented the USSOCOM’s ‘SOF Rotary-Wing Platform Roadmap’, which contained the ‘Future Little Bird’ concept. The roadmap included various block upgrades for the three helicopter types currently flown by the 160th, with some being dependent on the U.S. Army’s adoption of aircraft that stem from the Future Vertical Lift program. You can read all about this roadmap and the future of the Little Bird in this recent article of ours. 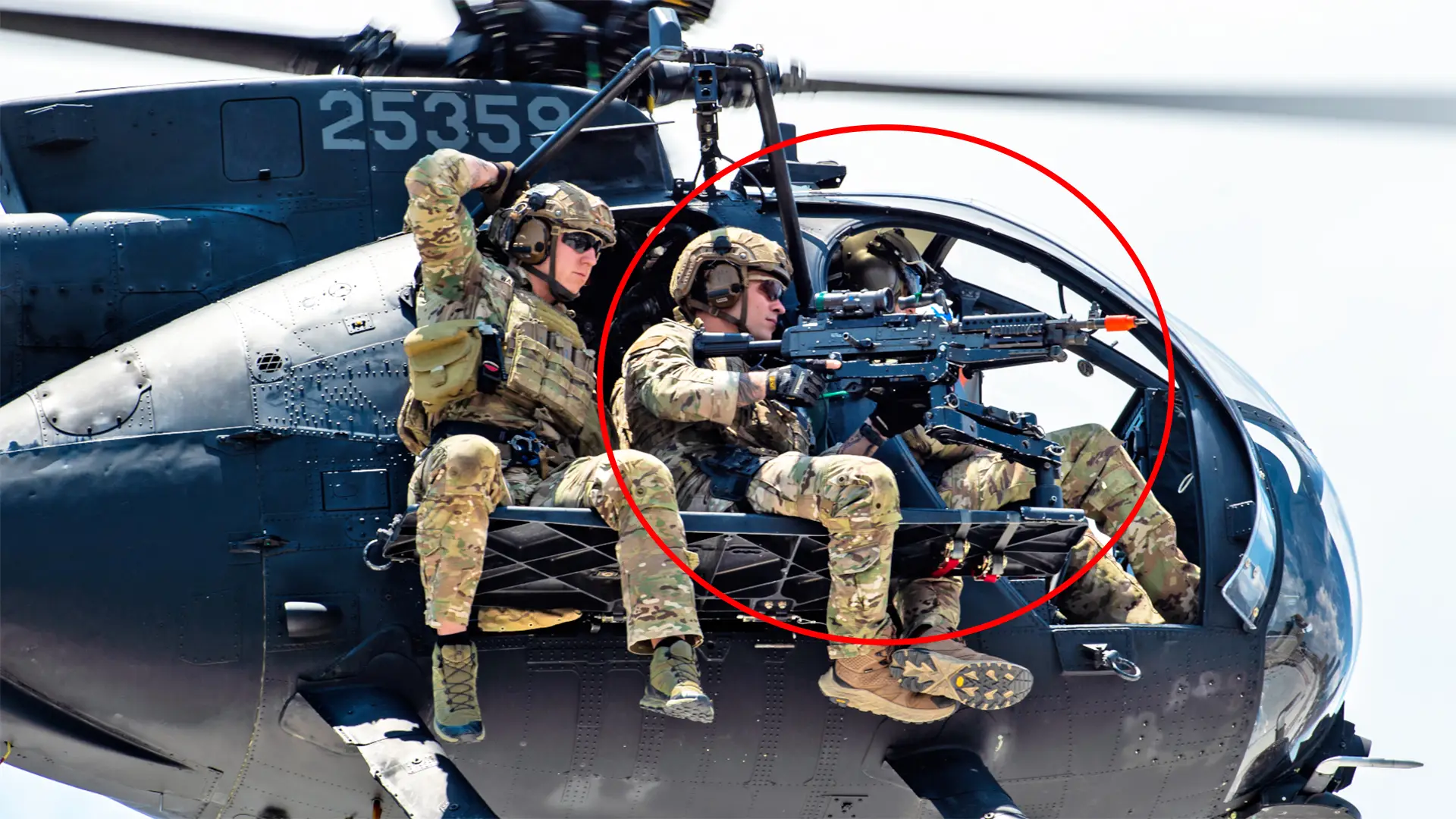 As it sits right now, the only replacement for a Little Bird is a more capable Little Bird, but eventually, that could change. In the meantime, the added machine gun mount will surely go on to contribute to the platform’s overall versatility and blends the capabilities of the AH-6 and MH-6 a bit closer together, at least to a shallow, but still surely welcome degree. 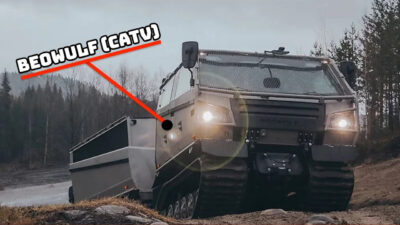 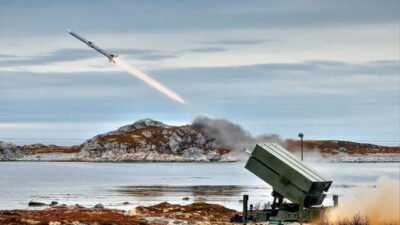