A. Sutherland  – Icestech.info – Mentuhotep II of the 11th Dynasty is considered one of the most significant figures in ancient Egypt, closely associated with the South of Egypt and later viewed as the second (after Menes) founder of the Egyptian State. The 11th Dynasty was preceded by a stormy period after the end of the 6th Dynasty.

Fragments from stela of the Chief Steward Henenu. Circa 2030 –2000 BC. Middle Kingdom – 11th Dynasty. Reign of Mentuhotep II, late. Source

Finally, the 11th Dynasty was able to consolidate its territory as the land south of the area of Abydos, and this period is significant in the history of ancient Egypt.

According to the incomplete Royal Canon of Turin, an ancient Egyptian papyrus probably dated to Pharaoh Ramesses II‘s reign, Mentuhotep II (also called (Nebhapetre) ) reigned for fifty-one years. He contributed to the unification of Upper and Lower Egypt, which probably happened shortly before year 39 of his reign.

But before it happened, Mentuhotep II’s goal was to secure the country internally, and in the beginning, it was not an easy task. His power extended from the first cataract to the 10th of Upper Egypt when he ascended the throne. It was, however, limited from the north by the lands ruled by the princes of Asyut.

After the Herakleopolis kings violated the sacred ancient royal necropolis of Abydos in Upper Egypt in the fourteenth year of Mentuhotep’s reign, the Pharaoh sent his armies to conquer Lower Egypt. He passed without a fight through 15 nomes and captured Asyut, which caused the fall of Herakleopolis.

The first transitional period ended. In regnal year 39, Mentuhotep II changed his titulary to Shematawy, meaning “He who unifies the two lands.” Now, he controlled Abydos, Asyut, and Heracleopolis, and his action led to uniting of Egypt.

Mentuhotep’s political unification was celebrated even by his contemporaries. Various scriptures were found, dated up to the 20th Dynasty. The Pharaoh extended his influence beyond its borders, especially southwards, into the region of Nubia. He was also involved in excessive building projects (temples and shrines) within the country. 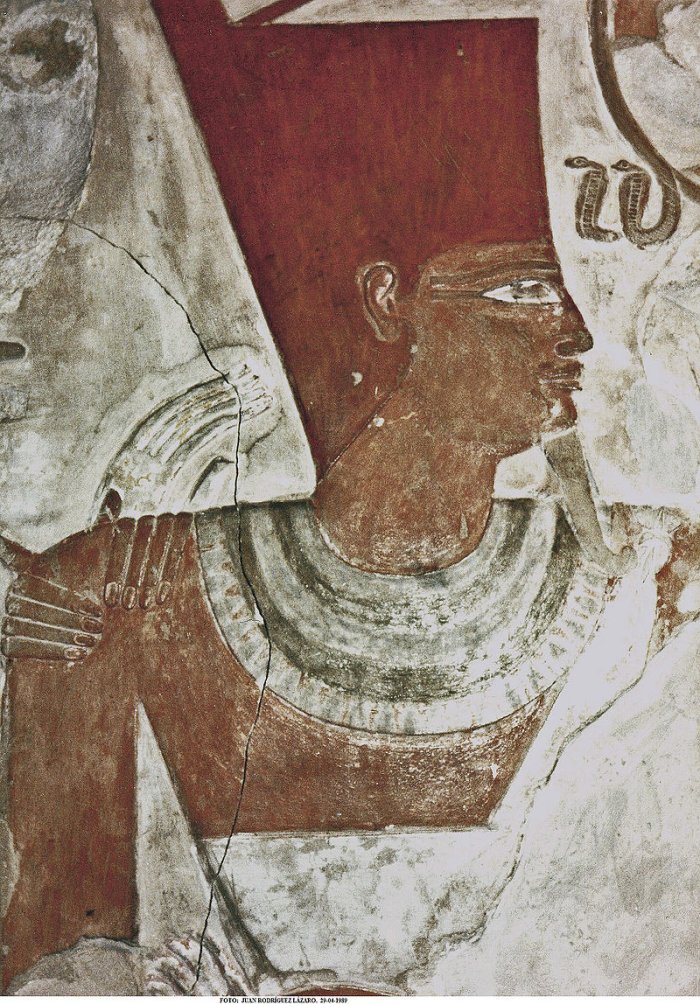 Some survived, including the impressive mortuary temple complex he ordered to build at Deir el-Bahari in Western Thebes.

Also, various forms of art that flourished during his reign confirmed the excellent time for Egypt when Mentuhotep II successfully restored the peace.

However, after Mentuhotep II’s death, the Dynasty ended.

Archaeological excavation revealed evidence of the holy war that was crucial for the unification of Egypt. The findings included bodies wrapped in linen (with the name of King Mentuhotep written on them). Approximately sixty soldiers were buried in the famous soldiers’ cemetery in the Deir el-Bahari area in Luxor in the 1920s.

Laid together in the “Tomb of the Warriors,” without embalming, their bodies were unearthed well-preserved by dehydration.

The bodies from the “Tomb of the Warriors” – buried within sight of the royal burial place of Mentuhotep II are considered the best-preserved human remains found and dated to the Middle Kingdom. It can only mean that these men died in a crucial battle and were honored as heroes. It is even possible they fought in the decisive battle against Heracleopolis. 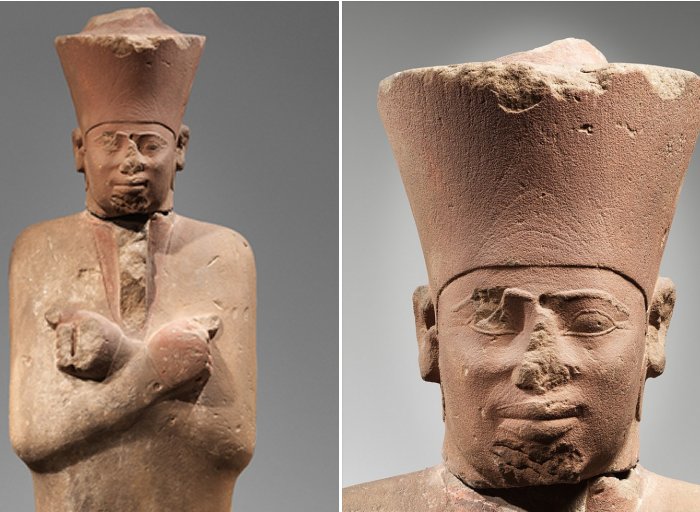 As for the ruler of Heracleopolis, Merykara, he “died before Mentuhotep II reached his capital. It is believed that Lower Egypt’s resistance collapsed with the death of their Pharaoh…”  1

Among the 11th Dynasty rulers in Pharaoh Thutmose III’s king list found in the Karnak Temple appeared “the Ancestor” – Mentuhotep I,  a significant figure of the late 11th Dynasty, with both his Horus and birth names.

He was most likely considered the founder of this Dynasty and given the pharaonic title after his death. However, his throne name has never been confirmed, and there is no archeological evidence he ruled as king.

Mentuhotep II’s parentage is better known from a rock inscription at Shatt el-Rigal. The monarch is associated with the King’s Mother Iah and the “God’s Father, the Son of Ra, Inyotef.” According to the stela of Henun in Cairo (unfortunately badly broken) can still inform that Mentuhotep II was indeed a son of Inyotef (“son of Ka”).

Mentuhotep had more than two wives. One of them was Neferu (also his sister), whose name is on her tomb inscriptions. There was also another important woman in his life, and it was Tem, titled “Mo ther of the Dual King,” probably because she was the mother of Mentuhotep III. Other royal women – King’s Wives, all Prophetesses of the goddess Hathor – associated with this great Pharaoh were buried in the Deir el-Bahari temple.

Additionally, one more burial belonged to a child, Mayet, whose status remains unknown.

It is worth mentioning that during the reign of Mentuhotep II, the cult of Hathor Lady of Dendereh became widespread. On one occasion, king Mentuhotep II even called himself her son instead of “Son of Ra” in his royal titles. Many of the court ladies entombed around the Pharaoh’s pyramid were members of Hathor’s priesthood.

After he died in c. 1998 BC, Mentuhotep II was probably buried in a bay in the cliffs near his father’s great monument at Deir el Bahari.

“Little remains there except for a causeway that ends at a sloping passage going into the rock. Hieratic graffiti scratched on the rocks in the area by priests of the mortuary cult at least indicates that the king found his resting place somewhere close by.” 2

The great Pharaoh left a united, well-organized, and prosperous state to his second son and successor, Mentuhotep III.

References:
Captivating History
Clayton P. A., Chronicles of the Pharaohs

H.E. Winlock, The Theban Necropolis In The Middle Kingdom, The American Journal of Semitic Languages and literature

Marochetti E. F., The Reliefs of the Chapel of Nebhepetra Mentuhotep at Gebelein