A pair of Dutch history enthusiasts are documenting their unusual “catches” on YouTube: artifacts from World War II.

The self-proclaimed “magnet fishermen” have recovered a wide variety of historical artifacts left behind by both the Axis and Allies, including dog tags, rifles, hand grenades, and even machine guns. In their latest video, the two reveal their discovery of a Sturmgewehr 44, one of the first assault rifles ever made.

The two anonymous “fishermen” live in the Netherlands, a country full of canals, ponds, and other bodies of water. The Netherlands was also the scene of fierce fighting, both the German invasion in 1940 and the Allied liberation in 1944. The artifact collectors have their own YouTube channel called “Dutch WW2 Magnet Hunters” and their videos have amassed about 5.5 million views. 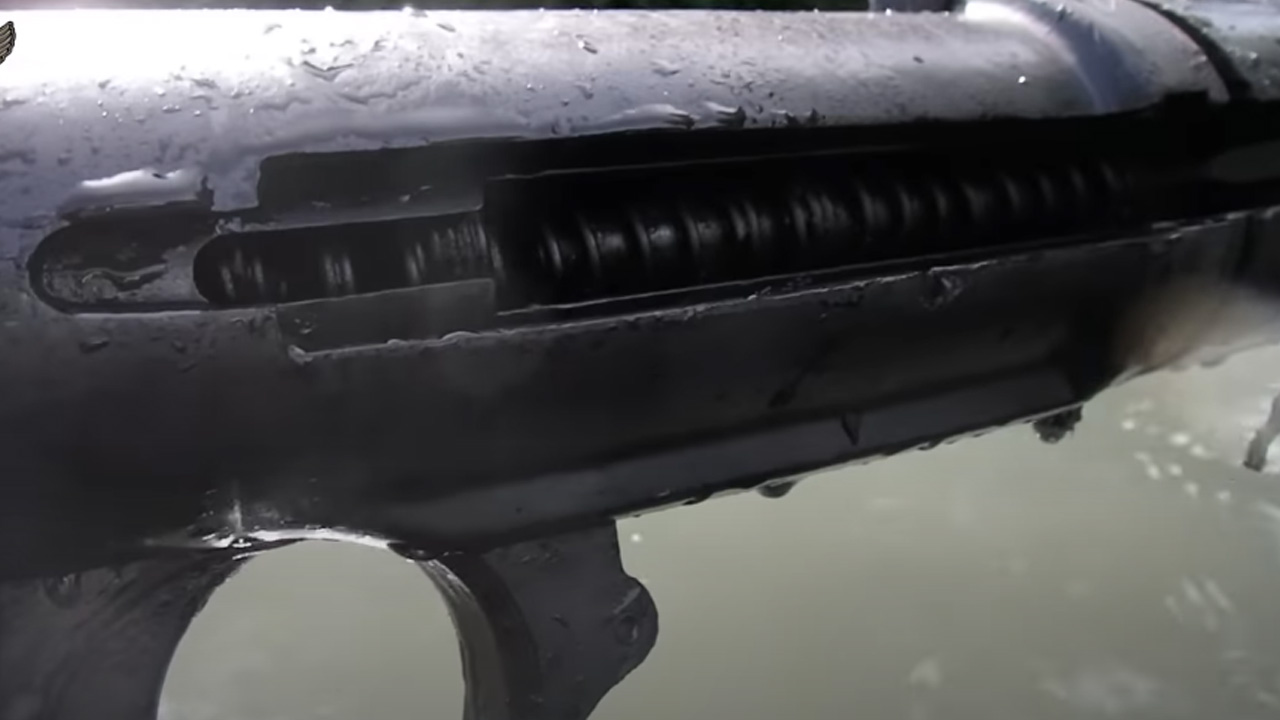 The fishing pair don wetsuits to probe rivers, ponds, and other waterways with magnets and metal detectors, seeking out items dumped at the end of the war. In one video, the two visit what they call “The Holy Grail of Ponds,” where the Allies allegedly dumped captured weapons after the surrender of local German forces.

One of the first items the pair pull up is a British Mills Bomb hand grenade, followed by an entrenching tool, and another big find is German MG15 machine gun left largely intact.

But the most interesting item is the Sturmgewehr 44 assault rifle discovered in their latest video. The Sturmgewehr, or StG 44, was the world’s first widely distributed assault rifle. The weapon was designed to have the ammunition capacity and full auto capability of submachine guns, such as the German MP-40, while firing a rifle-sized bullet. 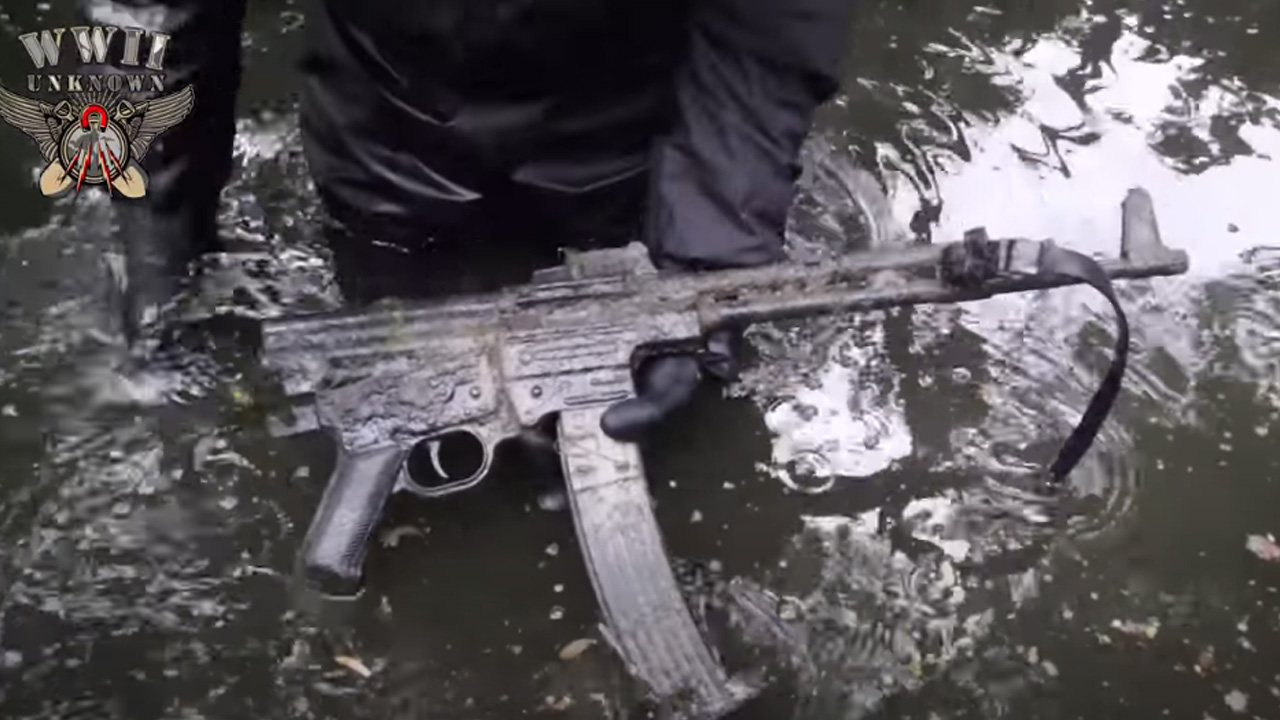 The new weapon, a “storm” or assault rifle, served in German Army service briefly before the war’s end. The StG 44 inspired the Soviet Army to field the AK-47 (which it resembles) and the U.S. Army the M-16 series of assault rifles.

The recovered StG lacks the weapon’s wooden stock, a pattern that holds for all of the wood stocks the two recover. After more than 70 years underwater, the stocks simply rotted away. Strangely enough, the leather carry strap is still in good condition. The treasure hunters also recovered a StG-44 magazine, with bullets still inside as well as mines, a 50-millimeter mortar rounds, and a bayonet.

The two anonymous fishermen insist they are not breaking any laws, but they are anonymous for a reason, likely because what they are doing is a little dangerous and don’t want to run into any Dutch authorities.