Jan Bartek – Icestech.info – Despite more than half a century of hominin fossil discoveries in eastern Africa, the regional environmental context of the evolution and dispersal of modern humans and their ancestors is not well established. Particularly for the Pleistocene (or Ice Age) between 2,580,000 to 11,700 years ago, no continuous high-resolution paleo-environmental records are available for the African continent. 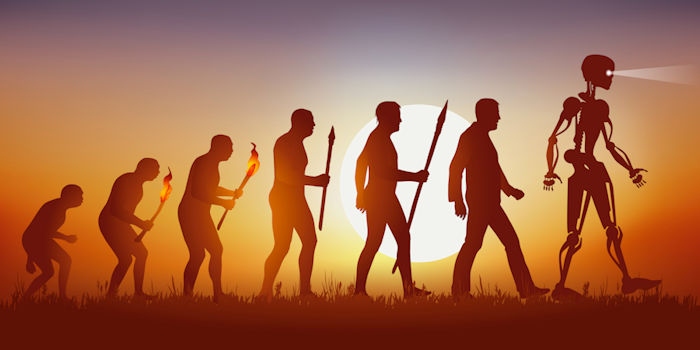 Led by Dr. Verena Foerster at the University of Cologne’s Institute of Geography Education, a team of more than 22 researchers from 19 institutions in 6 countries has studied the complex subject and discovered something interesting.

An analysis of environmental proxies from a lake sediment record has revealed that three distinct phases of climate variability in eastern Africa coincided with shifts in hominin evolution and dispersal over the last 620,000 years.

The research team extracted two continuous 280-metre sediment cores from the Chew Bahir Basin in southern Ethiopia, an area where early humans lived and developed during the Pleistocene. Chew Bahir is very remotely situated in a deep tectonic basement in close vicinity to the Turkana area and the Omo-Kibish, key paleo-anthropological and archaeological sites. The cores yielded the most complete record for such a long period ever extracted in the area, revealing how different climates influenced the biological and cultural transformation of humans inhabiting the region.

An interdisciplinary team including geoscientists, sedimentologists, micro-paleontologists, geologists, geographers, geochemists, archaeologists, chronologists, and climate modellers worked towards recovering the two continuous sediment cores, from which so-called proxies (like microfossils or elemental variations) were used to glean data to reconstruct the region’s climate history. Archaeologists, evolutionary biologists, and evolutionary anthropologists then identified phases of climatic stress as well as more favourable conditions and interpreted how these factors changed human habitats, influencing human biological and cultural evolution as well as their dispersal.

Specifically, the scientists found that various anatomically diverse hominin groups inhabited the area during a phase of long-lasting and relatively stable humid conditions from approximately 620,000 to 275,000 years BP (Before Present). However, a series of shorter abrupt and extreme arid pulses interrupted this long generally stable and wet phase. Most likely, this resulted in a fragmentation of habitats, shifts in population dynamics and even the extinctions of local populations. As a result, small, reproductively and culturally isolated populations then had to adapt to dramatically transformed local environments, likely stimulating the appearance of the many geographically and anatomically distinct hominin groups and the separation of our modern human ancestors from archaic groups.

A phase with significant climate swings resulting in regularly transformed habitats in the area from approximately 275,000 to 60,000 years BP repeatedly resulted in environmental shifts from lush vegetation with deep fresh water lakes to highly arid landscapes with the extensive lakes reduced to small saline puddles. In this phase, the population groups gradually transitioned from Acheulean technologies (oval hand axes made of stone and primarily associated with Homo ergaster/erectus) to more sophisticated Middle Stone Age technologies.

This crucial phase also encompasses the emergence of Homo sapiens in eastern Africa as well as key human social, technological, and cultural innovations that could have buffered early Homo sapiens from the impacts of severe environmental changes. ‘These innovations, such as more varied toolkits and long-distance transport, would have equipped modern humans with an unprecedented adaptability to the repeated expansions and contractions of habitats,’ said Dr Foerster, the paper’s lead author. 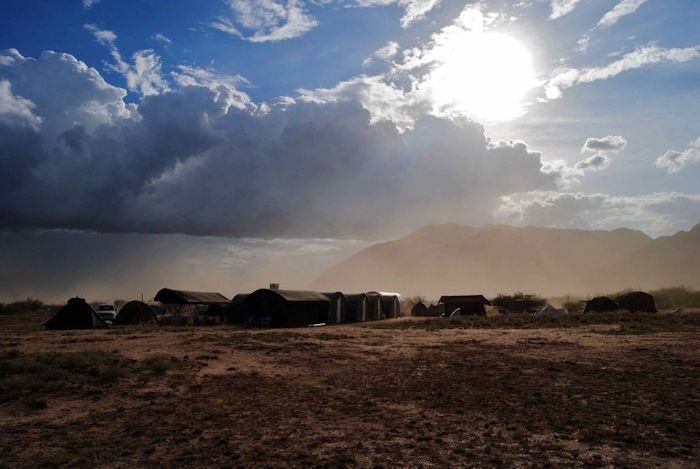 The phase from approximately 60,000 to 10,000 years BP saw the most extreme environmental fluctuations, but also the most arid phase of the entire record, which could have acted as a motor for continuous indigenous cultural change. The scientists believe that the brief alignment of humid pulses in eastern Africa with wet phases in north-eastern Africa and the Mediterranean was key to opening favourable migration routes out of Africa on a roughly north-south axis along the East African Rift System (EARS) and into the Levant, facilitating the global dispersal of Homo sapiens.

‘In view of current threats to the human habitat from climate change and the overuse of natural resources through human activity, understanding how the relationship between climate and human evolution has become more relevant than ever,’ Foerster concluded.

This research is part of the Hominin Sites and Paleolakes Drilling Project (HSPDP). In order to evaluate the impact that different timescales and magnitudes of climatic shifts have had on the living conditions of early humans, the project has cored five lake archives of climate change during the last 3.5 million years. All five sites in Kenya and Ethiopia are located in close vicinity to paleoanthropological key sites covering various steps in human evolution, with the site in southern Ethiopia exploring the youngest chapter.