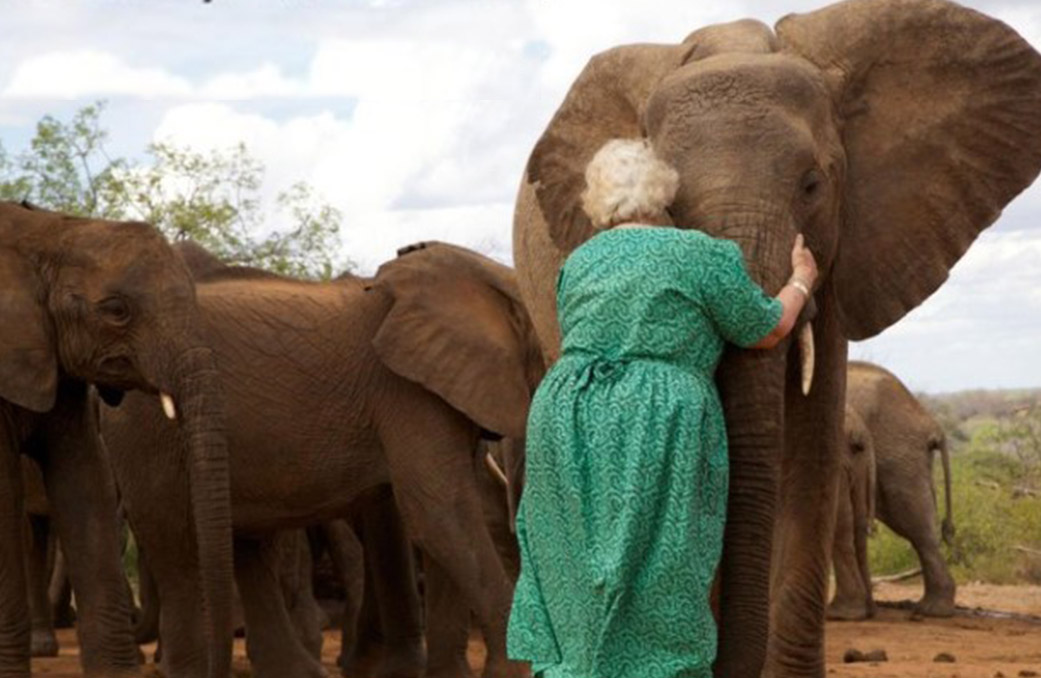 With the price of ivory increasing, more elephants are being slaughtered. In May of 2014, poaching claimed six Tsavo elephants.

When tragedy strikes, the orphaned babies of slaughtered elephants are left in need of special care at an elephant orphanage in Kenya, complete with dormitories and private sleeping quarters. That’s where the amazing Daphne Sheldrick comes in. 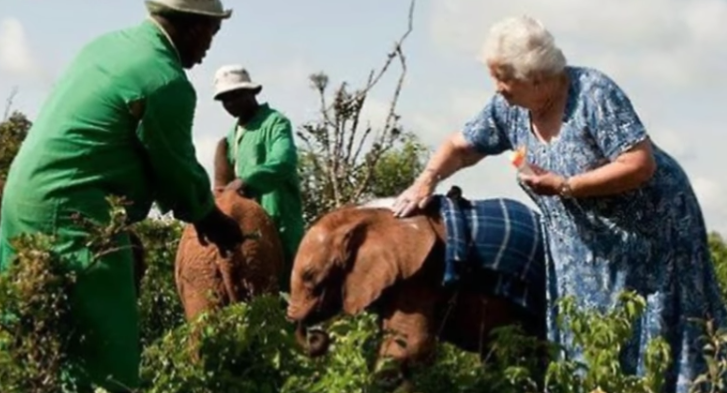 For years, the husband-and-wife team worked side-by-side, caring for wildlife in their native Africa, working to raise awareness and stamp out the illegal poaching of elephants for the ivory trade.

In 1977, just one year after the couple moved to Nairobi National Park, Dr. Dame Daphne Sheldrick’s husband died of a heart attack. She continued his legacy by establishing the David Sheldrick Wildlife Trust, one of just three organizations on the entire continent that works to rescue, rehabilitate, and release elephants orphaned due to human activity. 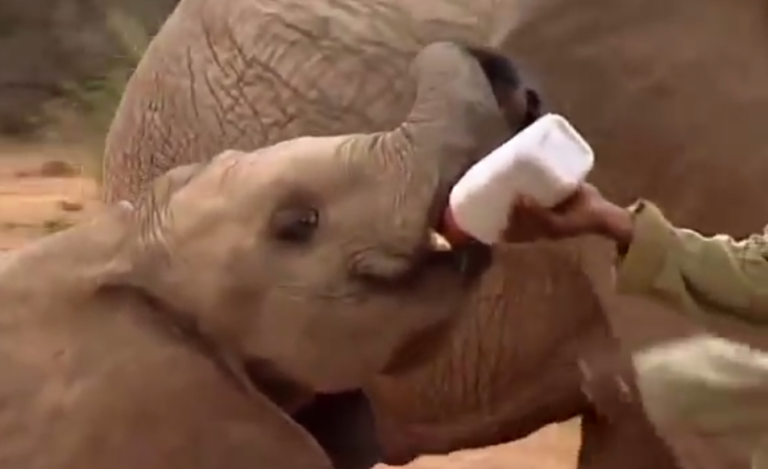 Some of the baby elephants become ensnared in human-made traps, while others stumble and fall into abandoned wells, but the majority were left orphans after their mothers were killed for their tusks.

Over the years, thanks to her tireless research, Daphne has managed to develop a special food and milk formula that gives the elephants the nutrition they need for normal development.
Without human intervention, these babies almost certainly would have died, because they’re dependent on their mother’s milk for the first two years of their lives, and it takes another two years before they’re completely weaned.

“Elephants have taught me how to put the bad things behind turn the page and get on with living,” she said.

“Understanding the traumas that elephants have to put up with and how they cope with it has made me a stronger person.” 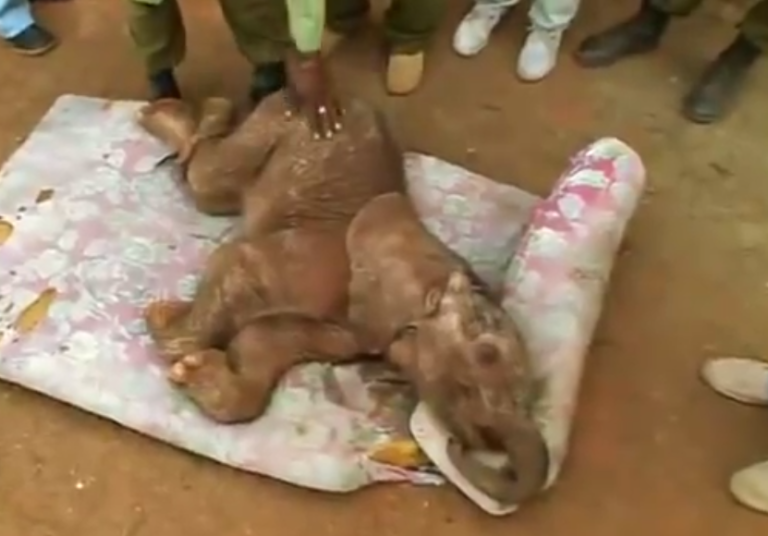 Many of the calves arrive at the sanctuary in a severe state of distress. They are each assigned a keeper who will bunk down with the baby elephant in a sleeping stall to provide comfort.

Elephants are just like humans, Daphne says, “only better.” “They’re not corrupted. Their sense of family is as strong as ours. Their memories are amazing and their convoluted thinking and reasoning are equal to that of a human … The caring and nurturing is far greater in elephants than it is in humans, and loyalty and friendship endure.” 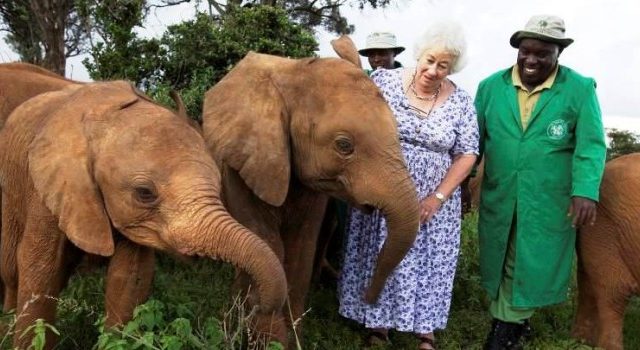 Daphne is a mother figure to all the elephants she breeds. Elephants have a strong sense of family, so they always run to their foster mother and hug her when they see her. Later, Daphne became aware of the large number of rhinos being killed for their horns. So she expanded her crusade to include rhinos. 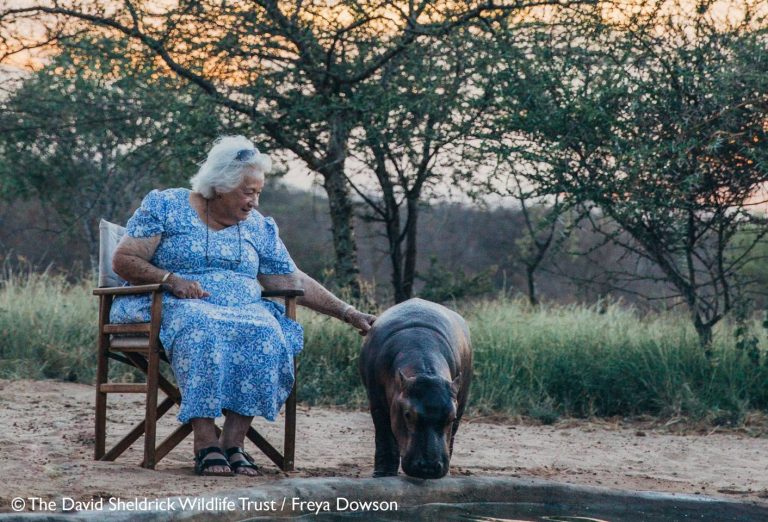 All animals bred by Daphne are released into their natural habitat when they are old enough. Unfortunately, the trade in ivory tusks and the smuggling of other banned animals continues to flourish.

Due to their popularity on the black market, putting these animals at further risk. We need to raise our voices and help stop this outrageous trade. 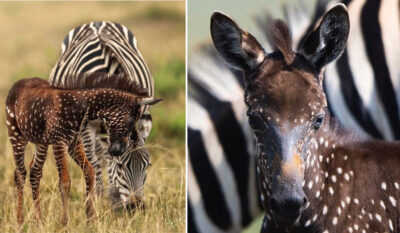 Previous post A rare baby zebra with polka dot instead of stripe markings is seen in Kenya, and it’s adorable 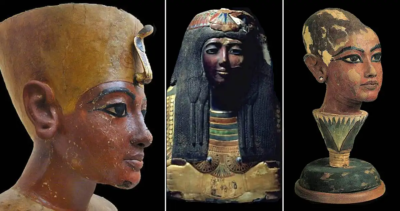