David Tee – Icestech.info – History has a way of not being kind to individuals.

Or we should say that historians, human sources, and other fact-gathering mechanisms are not kind to historical figures. This may be the case for La Malinche. In some cases, she is seen as a traitor who helped Cortes defeat and c onquer Aztec Mexico. 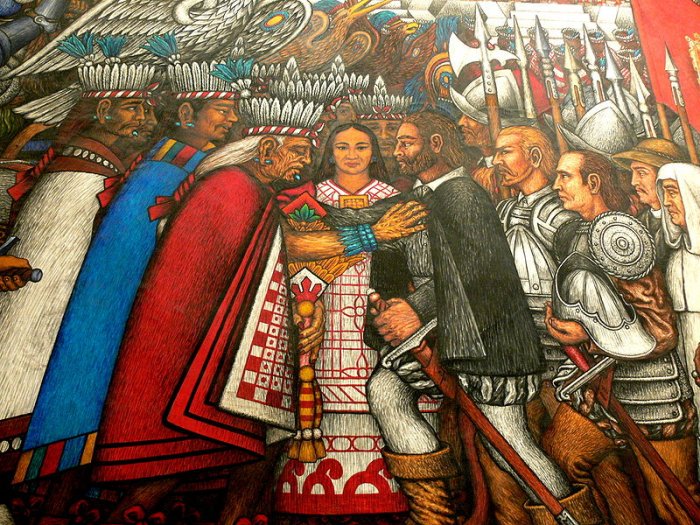 Others see her as someone who helped prevent a wholesale slaughter of the native tribes. Who La Malinche was depended on your point of view after reading the facts.

La Malinche Was Sold As A Slave Girl

Her father died when La Malinche was still a very young girl. Not long after her father’s death, her mother remarried and had La Malinche’s half-brother. She was used to the good life, and probably because of her family’s position, she was educated for a while.

The reason for her being sold into slavery is clouded in history, much like the facts concerning her birth and death. No matter why La Malinche lost her home and was sold to Maya slave traders.

They say every cloud has a silver lining. It may not seem like being traded to slave traders has a silver lining, but it was for La Malinche. Her intelligence allowed her to learn a new language that would benefit her later in life.

When Hernan Cortes defeated the Mayan army, he was given 20 slave girls, with La Malinche as one of those 20. After working with a Spanish priest as a co-interpreter, La Malinche’s language ability helped her learn Spanish and made the priest obsolete.

How they worked together before La Malinche’s mastery of Spanish was simple. The Aztecs or other native Indians would speak to La Malinche in Nahuatl, who spoke Mayan to the priest and then translated the words into Spanish.

It was a system that needed refinement, and that was taken care of when La Malinche learned Cortes’ language.

La Malinche Saved Cortes’ Life – But Was She A Traitor Or Was She A Victim Of Historical Slandering?

La Malinche never left any personal records of her involvement with Cortes and the Spaniards. Her story has been left to a few letters written by Cortes, who confirmed her early life and credited her with helping the Spanish to victory.

It seems unfair to label La Malinche as a traitor when many tribes joined with Cortes to fight their common enemy Cortes. All La Malinche did was tell Cortes of an ambush that saved his life and the life of many of his soldiers.

She was told about the ambush by one of the wives of a native leader. Shouldn’t that woman also be branded as a traitor as she gave private information to a person known to have a close friendship with the enemy’s leader?

The question is often asked if La Malinche wanted the Aztec Empire to fall or simply wanted to protect her life. That is not a very smart question, and it is unfair as it fails to take into account her feelings for Cortes and her treatment at the hands of her masters. 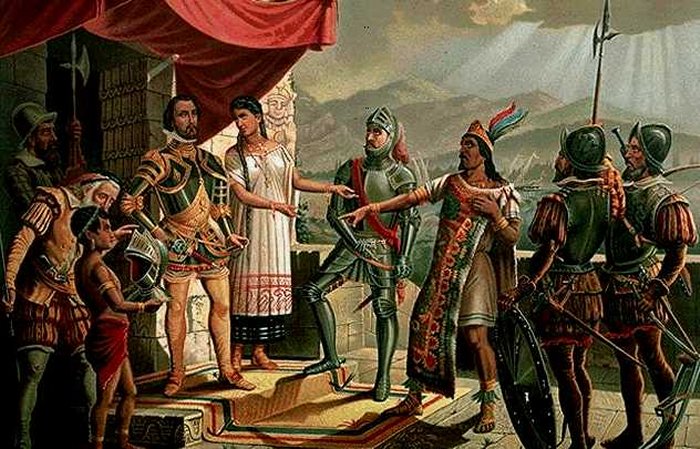 Also, she was given vital military information that had to be passed on to her employer. The possibilities for her motivations remain endless and unverifiable. It is also unfair for Mexicans to degrade La Malinche, as Mexico was not yet a unified nation at the time.

It is recorded that La Malinche had a good life with Cortes, even bearing him a son. She was by his side, continuously sharing in his adventures, victories, and more. Until Cortes’ wife showed up, that is.

Her life changed, and she was no longer the confidant or close companion. Although La Malinche did go with Cortes on one last campaign, her life had changed. It is said that Cortes helped arrange the marriage between her and Juan Jaramillo.

After the campaign, she gave birth to a daughter fathered by her new husband. After the birth, she disappeared into history. No one knows how long she lived; some say only 24 years.

Yet she was a woman that may have helped change the course of history with her involvement with Cortes.