A. Sutherland  – Icestech.info – Khara-Khoto (“black city” or “black water city”) was inhabited by Tangut people and located about 200 miles north of the legendary Silk Highway and 625 miles west of the Inner Mongolian capital of Hohhot. 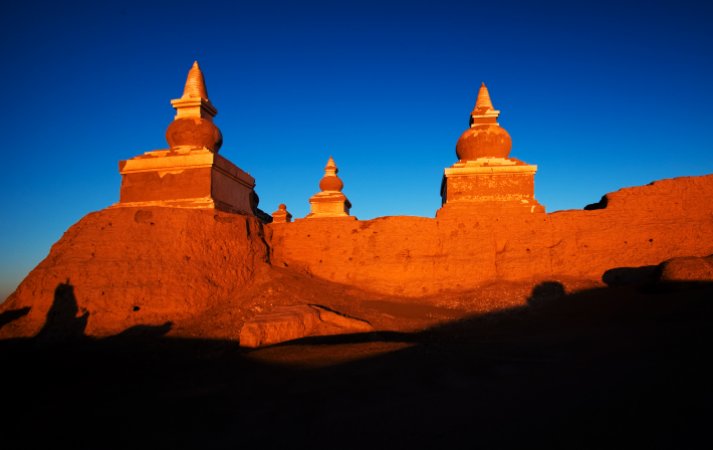 Today, some ancient ruins of the lost city are called the “forbidden” or “dead city.” Historically, they lived in what is now Gansu and Shaanxi provinces of northwestern China and in some parts of western Inner Mongolia near the  Ejin also called the “Black” River.

Once, Khara-Khoto was a renowned city and home to skilled artisans, brave warriors, merchants, and sages.

According to local rumors, the old city is buried under sand and inhabited only by demons and ghosts. However, it was not always such a gloomy and desolate place.

In “The Travels of Marco Polo,” the author wrote that the mysterious city Khara-Khoto was identified as “Etzina,” which Polo writes is towards the north on the verge of the Sandy Desert; it belongs to the Province of Tangut. The people are Idolaters and possess plenty of camels and cattle, and the country produces a number of good falcons, both Sakers and Lanners.

The inhabitants live by their cultivation and their cattle, for they have no trade. At this city, you  should need to lay in victuals for forty days, because when you quit Etzina, you enter on a desert which extends forty days’ journey to the north, and on which you meet with no habitation nor baiting-place.”

Khara-Khoto was founded by the Tangut people in 1032 and became the capital of their Western Xia Dynasty (1038–1227) and soon also a prosperous trade hub.

The city was well-fortified, but finally, it was besieged by Genghis Khan Army in 1227. Surprisingly, it did not collapse. It still flourished under Mongol rule. Even during the Mongol-led Yuan Dynasty (1271-1368), Khara-Khoto expanded to more than three times (!) its original size. In other words, despite obedience to the powerful Mongolians, the city was able to thrive and live in peace for additional 150 years under their rule. 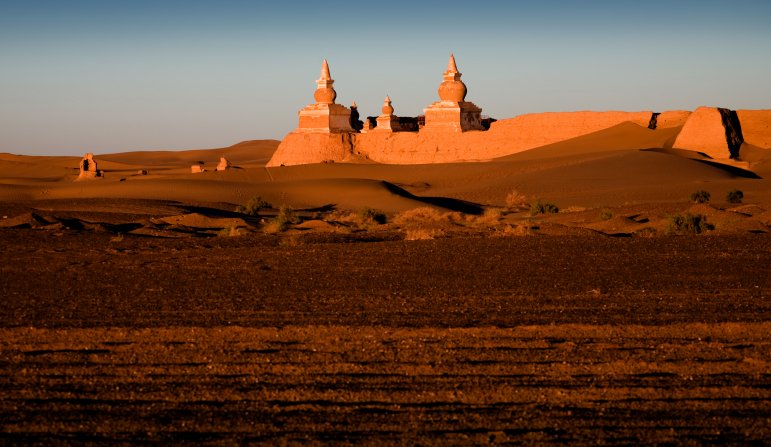 “The ruins of Khara-Khoto, where Kozlov’s Expeditions discovered numerous Tangut documents in the early twentieth century, are located on the northwestern border of the original Xi Xia times, Khara-Khoto was an important military defense installation against attacks by Mongol nomads from the Mongol plateau to the north. Genghis Khan (Temujin) founded the Mongol Empire at the beginning of the thirteenth century and invaded Xi Xia many times before finally conquering it in 1227.

After the conquest of Xi Xia, the Mongol Empire controlled territory of unprecedented size in Eurasia. According to a common view, Genghis Khan’s activities and the Mongol Empire’s overwhelming military power were responsible for the defeat of Xi Xia.” 1

Khara-Khoto faced many problems much later. The Yuan Dynasty began to collapse and eventually was driven out of China by the armies of the Ming Dynasty (1368-1644) to Mongolia. Many Mongolian troops settled in the city of Khara-Khoto, and no one made attempts to pursue them. By 1372, they saw the possibility of conquering the country again and began to plan reinvading China.

Soon, they discovered that it was a very unfortunate plane.

Local legend says that China’s Ming troops laid siege to the city in that same year, but it was not easy. The town was so well-fortified that the Ming military forces were unable to take it. Instead, they had to use a cunning and cruel solution. 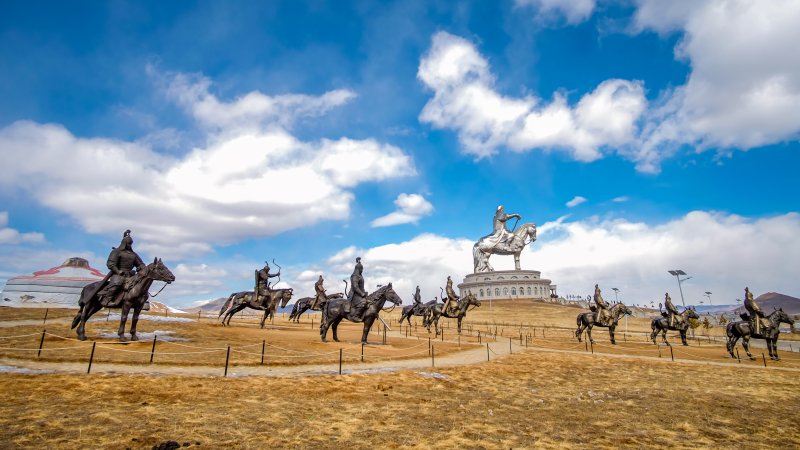 In 1372 a Mongol military general named Khara Bator (Mongolian: “Black hero”) was surrounded with his troops by the armies of China’s Ming dynasty. Ming troops found a way to divert the nearby Ejin River, the city’s only water source that flowed just outside the fortress. In this way, the enemy denied Khara-Khoto water for its well and gardens. As time passed, Khara Bator realized his fate.  He killed his wife, children, and then himself. After his suicide, Khara Bator’s soldiers waited within the fortress until the Ming finally attacked and killed the remaining inhabitants

They knew that they had to choose – die of thirst or confront the Ming soldiers in combat. They chose the latter.

Another legend holds that Khara Bator made a breach in the northwestern corner of the city wall and escaped through it. The Ming armies finally attacked and slaughtered the Mongols at Khara-Khoto. Afterward, the city was permanently abandoned and fell to ruin.

To learn something about the history of the region and the city of Khara-Khoto, researchers had to organize expeditions to the area. One of them was  P. K. Kozlov, who arrived at the site and, with a dinner and gift of a gramophone to a local Torghut lord Dashi Beile, the researcher obtained permission to excavate the Khara-Khoto ruins. Kozlov uncovered over 2,000 books, scrolls, and manuscripts in the Tangut language.  Kozlov initially sent ten chests of manuscripts and Buddhist objects to St. Petersburg, returning in May 1909  for additional objects.

In June, the books and woodcuts were found while excavating a stupa outside city walls some 400 m (1,300 ft) westward.

Another researcher was Sir Aurel Stein, a Hungarian-born British archaeologist, who, excavated Khara-Khoto during his third Central Asian expedition from July 1913 to February 1916, surveying Khara-Khoto for eight days at the end of May 1914, and his findings, Stein presented in his first volume of “Innermost Asia” (source below).