Fifth generation F-35B aircraft of the Italian Air Force and the Italian Navy conducted a joint “airpower projection” exercise at the Alghero Airport, Sardinia, on 31 August 2022. The activity aimed to strengthen the integration between the two armed forces and to consolidate the ability to operate from austere bases. Thanks to the STOVL (Short Take Off and Vertical landing) capability of the F-35B and the use of the ALARP (Air Landed Aircraft Refueling Point) system – basically a ground refueling with engines running (hot pit) – the aircraft is able to operate from short or damaged runways with an extended range. 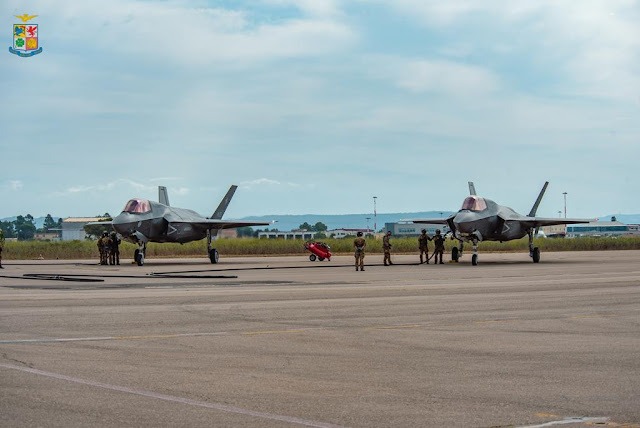 Many operational theaters do not have suitable runways for conventional take-off aircraft and fighters must be deployed at bases far from the theater of war, with increased costs and risks.

This type of training, as well as the “air expeditionary” exercise that took place at the beginning of the year on the Italian island of Pantelleria, involves the use of an austere base – in this case reproduced at the Alghero airport – where the Italian F-35Bs simulated the rapid deployment operations to a Forward Operating Base (FOB) in a high risk area of ​​operations. 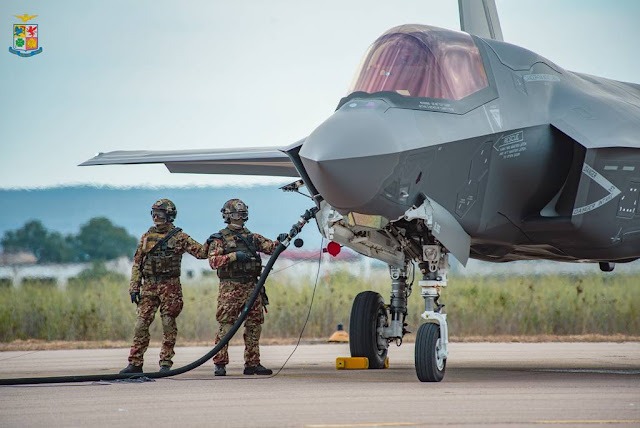 “We often say that we have to look for short take-off runways because there are so many around the world but we cannot train in those places. We have to find similar places in Italy. Alghero, Pantelleria and maybe other similar sites can be very useful for making operationally grow this type of platform. This activity, therefore, is a continuation of our growth activity in the Air Expeditionary field,” said the Chief of Staff of the Italian Air Force, General Luca Goretti.

This training follows a series of similar activities that the Italian Air Force has carried out independently or in collaboration with other Armed Forces and other Nations. These include training on the ITS and HMS Queen Elizabeth aircraft carriers late last year and at Keflavik Air Base, Iceland this summer.