Jan Bartek – Icestech.info – A huge royal hall used by the first kings of East Anglia has been discovered in Rendlesham, Suffolk, U.K. The 1,400-year-old hall is of great historical importance and was “recorded in the writings of The Venerable Bede of the 8th Century”. Bede was a monk who became the first British historian. 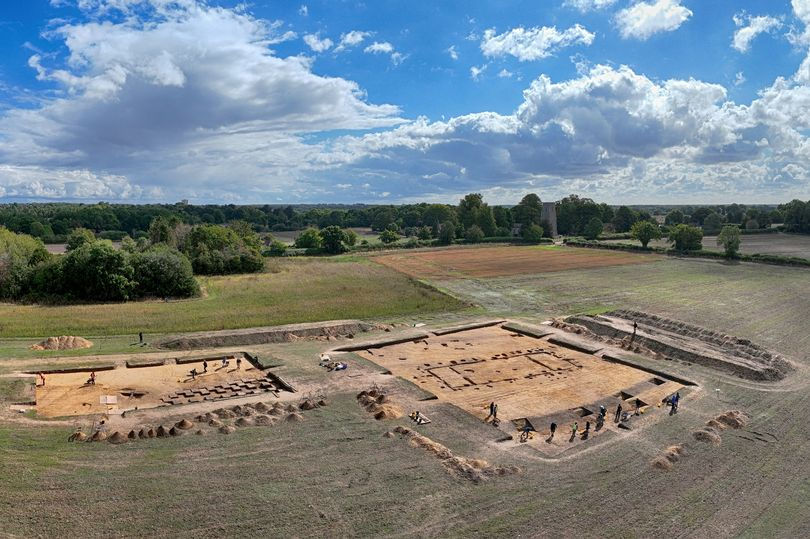 Evidence of a 1,400-year-old royal hall has been found in Suffolk. Credit: Suffolk County Council 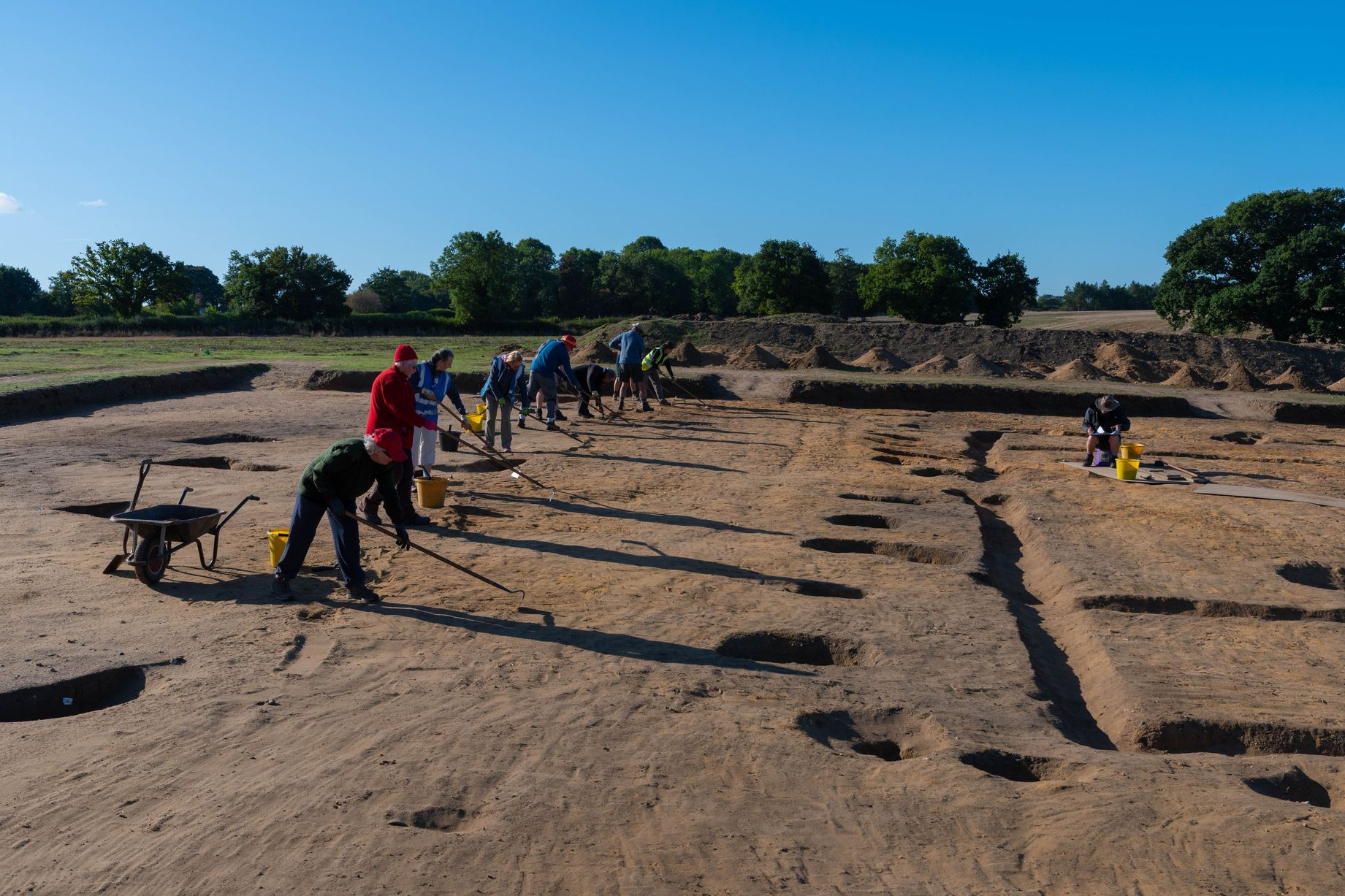 Rendlesham was the center from which a significant prov ince of the East Anglian kingdom, focused on the valley of the River Deben, was ruled for 150 years, between AD 570 and AD 720.

In his writings, Bede stated that Rendlesham was where the East Anglian King Aethelwold stood sponsor at the baptism of King Swithelm of the East Saxons between A.D. 655 and 663. 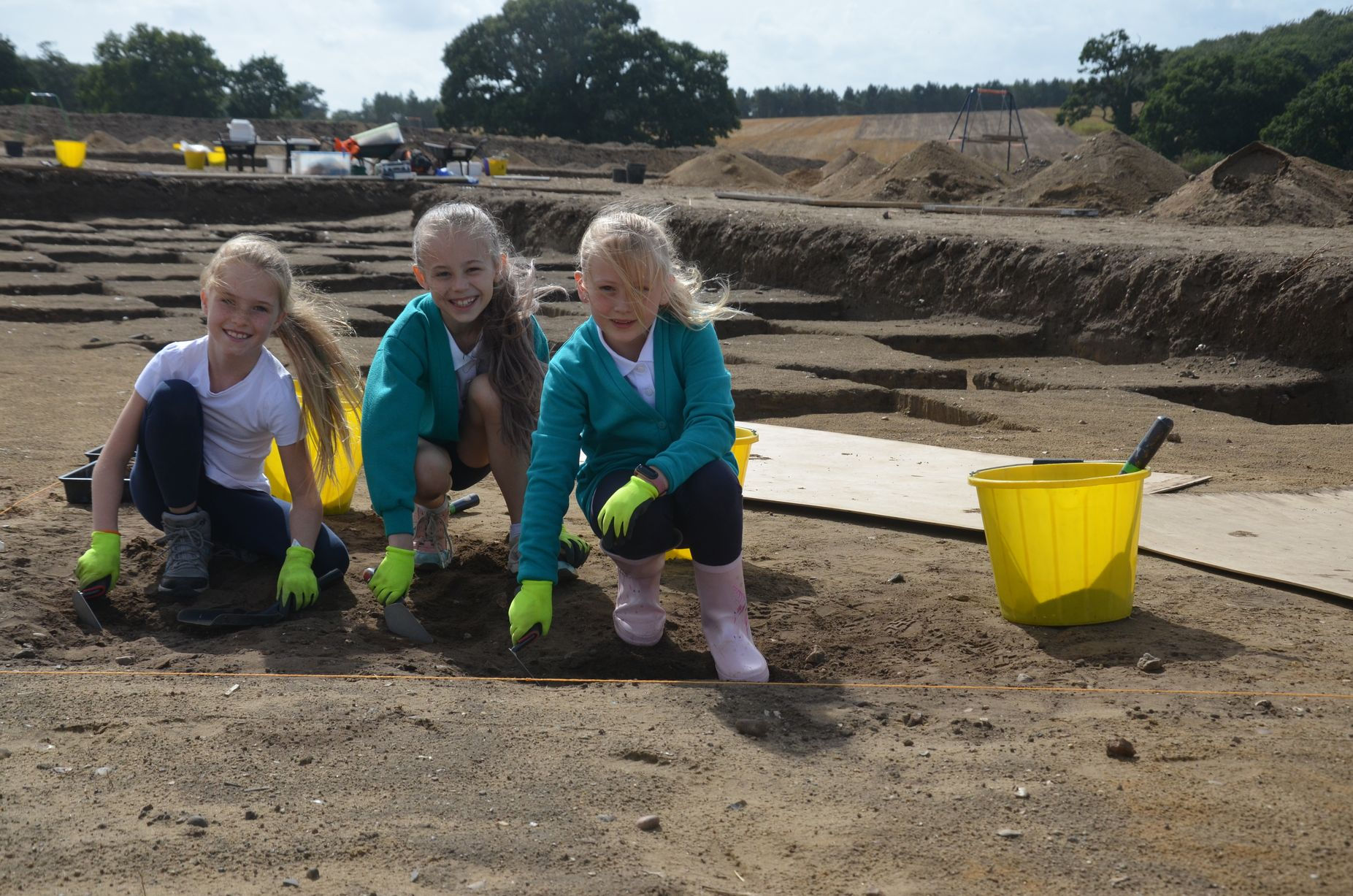 Schoolchildren helped with the dig and seemed to enjoy it! Credit: Suffolk County Council

A community dig discovered the East Anglian royal hall as part of Suffolk County Council’s Rendlesham Revealed project. According to Professor Christopher Scull, the project’s principal academic advisor, the 1,400-year-old hall was the “most extensive and materially wealthy settlement of its date known in England.”

The hall was 75ft (23m) long, and 33ft (10m) wide, and archaeologists believe that hall was part of a royal compound covering an area of six hectares, set within a larger settlement of over 50 hectares.

The results of this season’s excavation are of international importance. Rendlesham is the most extensive and materially wealthy settlement of its date known in England, and excavation of the Hall confirms that this is the royal residence recorded by Bede. 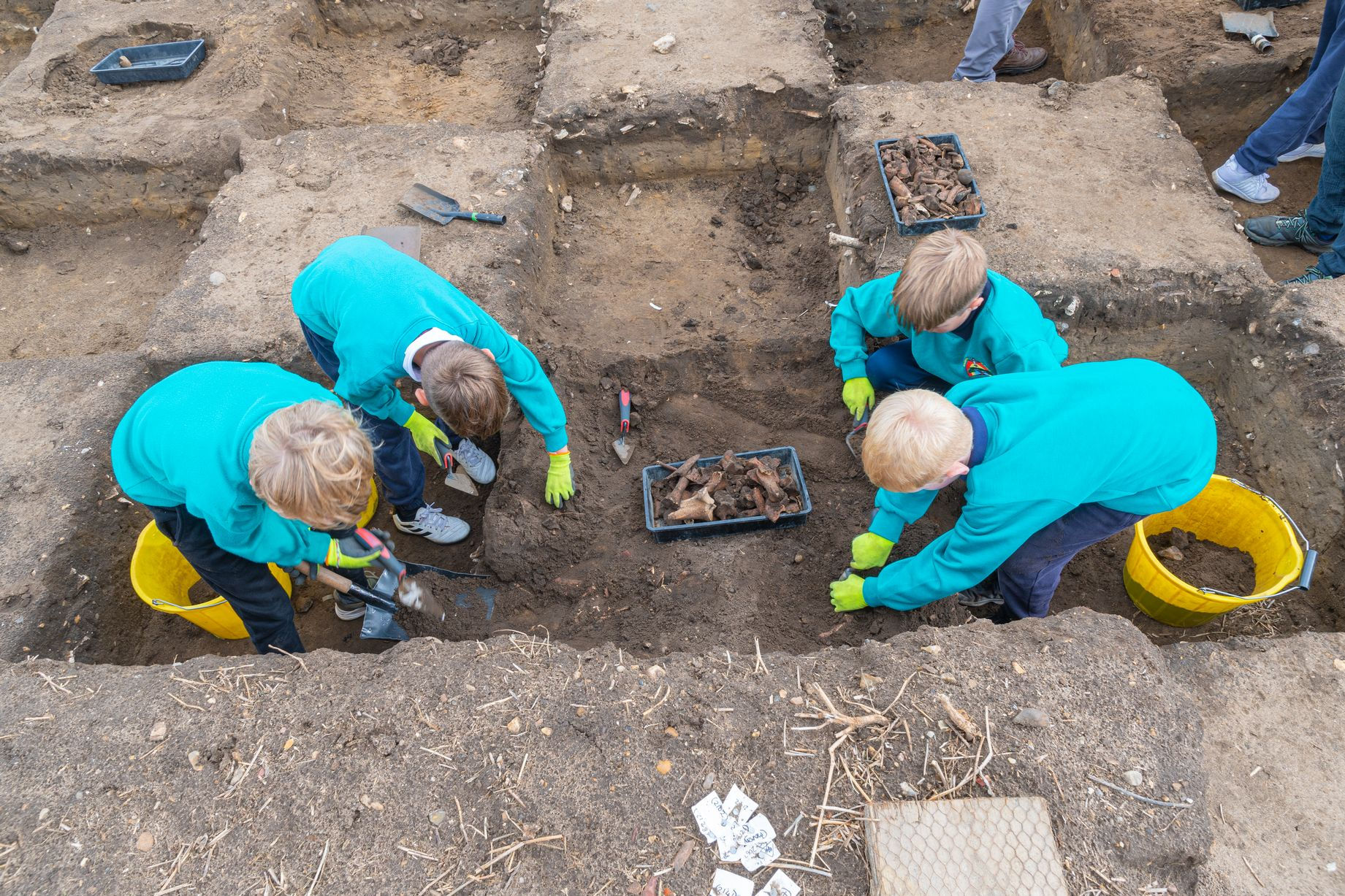 “Only at Rendlesham do we have the wider settlement and landscape context of an early English royal center together with an assemblage of metalwork that illuminates the lives and activities of its inhabitants across the social range.

Together, these are radically re-writing our understanding of the sophistication, complexity and international connections of society at that time.

It has been wonderful working with our terrific team of partners and volunteers, who should be proud of what they have achieved. Their work is a major advance in our understanding of the early East Anglian Kingdom and the wider North Sea world of which it was a part,” Professor Scull said.

The East Anglian kingdom, covering modern-day Suffolk and Norfolk, was made up of several such regions, and the kings traveled between them to rule and to be seen. Experts say that the excavated building would have been one of several such monumental halls in the royal compound at Rendlesham.

As reported by Suffolk Live, “Councillor Melanie Vigo di Gallidoro, Suffolk County Council’s Deputy Cabinet Member for Protected Landscapes and Archaeology, said: “The council’s Archaeological Service has had another hugely successful summer, overseeing work which tells us even more about our county’s and country’s history, and how people lived their lives more than a thousand years ago. It can’t be underestimated how important this part of Suffolk is to our understanding our local and national heritage.”