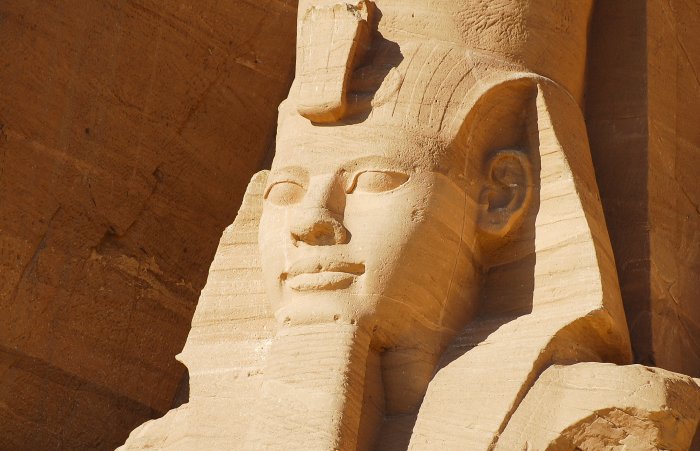 Ellen Lloyd – Icestech.info – Having a high opinion of himself and believing he was destined to become a great ruler, Pharaoh Ramesses II wanted the world to remember him long after his death. His wish was fulfilled, and Ramesses II is today widely recognized as the greatest and most powerful Pharaoh in the history of ancient Egypt.

What great deeds did Ramesses II accomplish to earn the respect of the modern world?

Certain events in the life of Ramesses II made him a unique Pharaoh the world still celebrates.

Ramesses II, the king of the 19th Dynasty of Egypt (1292–1190 B.C.), ascended the throne on May 31, 1279, B.C. at 25. Seti I held his young prince in high regard, and Ramesses II was given a royal household and harem early. When Ramesses was young, he accompanied his father on campaigns against the Hittites in Syria. This experience gave him solid military training to become the next King of Egypt.

When Ramesses II became Pharaoh, his duty was to resolve a “desperate and prolonged effort to reassert for Egypt that dominant position in Western Asia which she had held and obtained under the third Thothmes. When Mautenar, the adversary of Seti, died, his place to have been taken by his brother, Khita-sir, a brave and enterprising monarch.

Despite the terms of the alliance, the Hittites stood with Egypt, and Khita-sir had commenced a series of intrigues with the nations bordering Upper Syria. He formed a confederacy which had for its object to resist the further progress of the Egyptians and, if possible, to drive them from Asia.” 1

“Relations with the Hittites on Egypt’s Syrian frontiers were far from friendly during the first part of Ramesses’ reign. In Seti’s time, Egypt had kept her influence on the southern ‘Phoenician coastline ports while the Hittites retained the northern city of Kadesh. In year 4 of Ramesses’ reign, however, there was a revolt in the Levant, and in the spring of year 5 (1275 B.C.), the new king was forced to mobilize an army.” 2 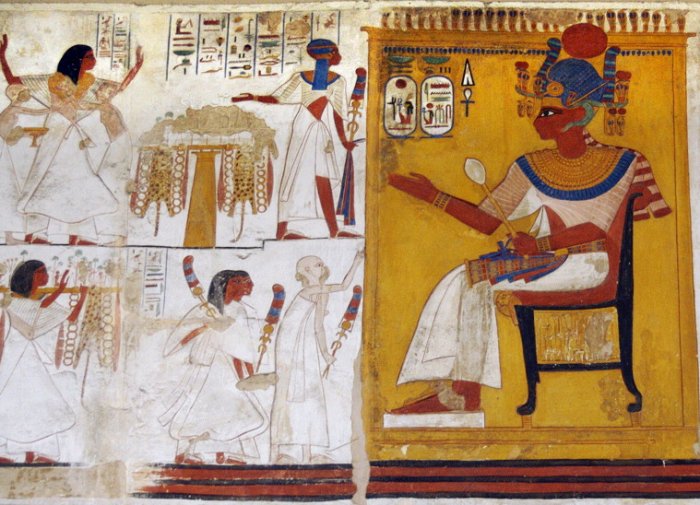 Image of Ramesses II of the 19th Dynasty, from the early years of his reign. The painting shows his regnal name as “Usermaatre” (he changed it to Usermaatre-Setepenre in the second regnal year), and his eldest son (first in the upper row) is still called by his birth name Amenherwenemef, instead of the better known Amenherkhopsef, which he took around this time. Behind the prince stands the Viceroy of Kush, Amenemopet, son of Paser, who is also depicted in the lower register, along with a light-skinned Asian courtier and others. Credit: Soutekh67 – CC BY-SA 4.0

Pharaoh Ramesses II did now waste time sitting wondering how to proceed. He was expected to control the revolt and turn Egypt into a dominating and powerful kingdom. He led several military expeditions into the Levant, reasserting Egyptian control over Canaan and, to the south, into Nubia.

His most significant historical event was the Battle of Kadesh, where he fought against the Hittite king Muwatallish.

The Pharaoh led his smaller force of 20,000 men against the larger Hittite army of 50,000 men. This horrible and deadly battle has been memorialized in stone, and no military encounter has echoed more in Egyptian inscriptions than the Battle of Kadesh. Glorifying inscriptions praising Pharaoh Ramesses II’s bravery can be found on the walls of the temples at Karnak, Luxor, Abydos, Abu Simbel, and Derr.

Although the Battle of Kadesh was indecisive, Pharaoh Ramesses II returned home a military hero. Later, he would establish one of the first major peace treaties in history with the Hittites. It helped establish a peaceful northern border throughout his long rule of 67 years.

Pharaoh Ramesses II And His Many Wives And Children

No Pharaoh sired as many children as Ramesses II. Though the exact number is unknown, historians think Ramesses II had between 48 to 50 sons and 40 to 53 daughters. He had a remarkably long life and died when he was 90 or perhaps 91. It means he outlived many of his wives and children. 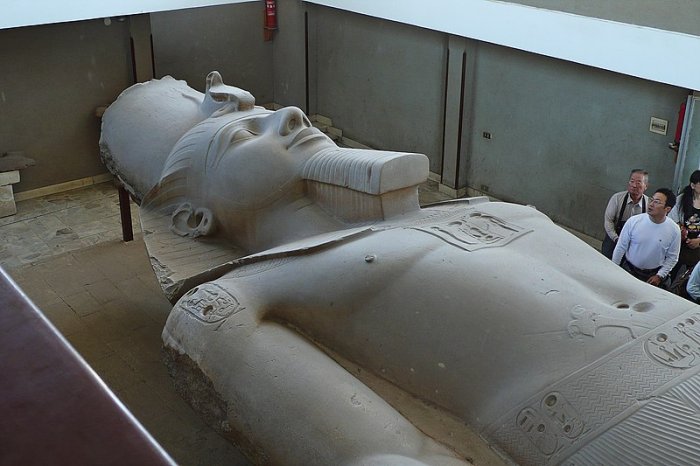 Before his father, Seti I, died, the young Ramesses took two principal wives, Nefertari Meritmut and Istnofret. Queen Nefertari bore him the first son. At the time of their union, she was 13-year-old, and the Pharaoh was 15-year-old. The couple had four sons and daughters, or maybe even more. Ramesses the Great was married to Queen Nefertari for 24 years until her death. She was his favorite wife, and her lavishly decorated tomb in the Valley of the Queens testify to her importance in the life of the greatest Pharaohs in Egyptian history.

“Following royal custom, Ramesses took many of his other and subsequent wives from his immediate family.” 2

Information obtained from clay tablets from Hattusa, the capital of the Hittite Empire, reveals that in 1246 the Hittite King Hattusilis III offered one of his younger daughters to Ramesses II as his wife. Later, in 1239, Hattuilis’s oldest daughter joined her sister in Egypt and married the Pharaoh. Her Egyptian name was Maathorneferure.

Ramesses II built a vast number of temples throughout Egypt and Nubia. He was not shy to take credit for monuments he never constructed.

Pharaoh Ramesses II added, “his name to other kings’ monuments and statues right back to the Middle Kingdom so that nowadays the majority of cartouches seen almost any monument proclaim his throne alone.” 2

However, it cannot be denied Ramesses II was a genuine builder whose temples we admire today with pleasure. “He added to the great temples at Karnak, and Luxo, completed his father Seti’s mortuary temple at Gourna (Thebes) and also his Abydos temple, and built his temple nearby at Abydos.” 2

He also founded a new capital, Pi-Ramesse, in the eastern Delta, which remained the royal residence throughout the Ramesside period.

The tomb of his principal wife, Nefertari, at Thebes is one of the best-preserved royal tombs. The tomb of many of his sons was recently found in the Valley of the Kings (KV5).

Ramesses II was buried in the Valley of the Kings, and his body was identified in the Deir el-Bahari cache.

Much can be said about Pharaoh Ramesses II, whose giant monuments and statues remind us of the greatness of Egypt’s most famous king, whose tales endure even today. 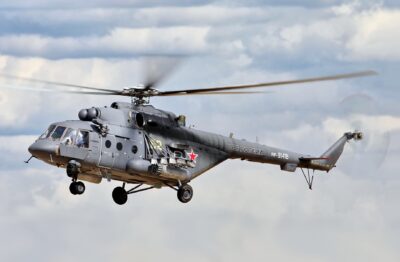 Previous post Prefer Made in US, Philippines Cancels Purchase of 16 Russian Mi-17 Helicopters 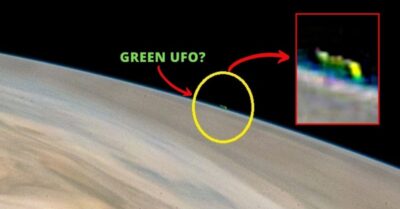