Skip to content
Home H History & Archeology How Important Was Dance In Ancient Egypt And What Purpose Did It Serve?

Conny Waters – Icestech.info – Ancient Egyptians loved to dance. Several ancient Egyptian tomb paintings depict dancers in various forms of dress and many different postures. Dancing was not only a form of entertainment, but it also had a religious value in ancient Egyptian life. There is a deep symbolism behind ancient Egyptian dancing, perhaps little-known to many people. 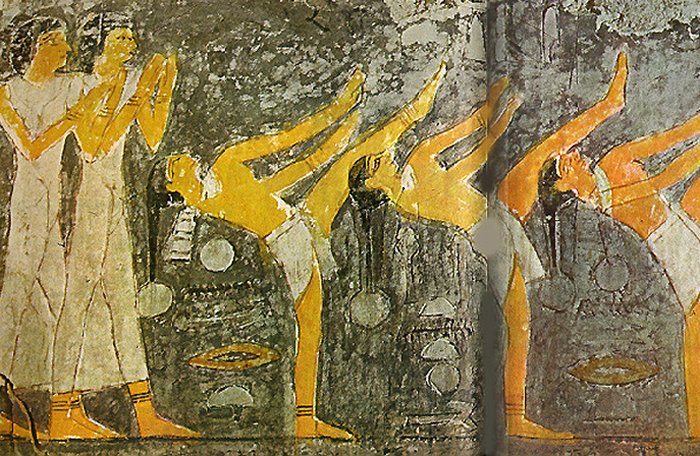 Professional dancers in ancient Egypt were usually women who performed dressed in skirts or loose tunics with shoulder straps. It was not uncommon that dwarfed entertained the pharaoh dancing as well. Pharaoh Pepi II was delighted when he was brought a dwarf from an expedition. The Pharaoh’s dwarf most likely originated from the Land of Punt.

To find out dwarves dance in ancient Egypt is not a revelation because Bes was an ancient Egyptian dwarf God of humor, song and dance.

“Bes used music or knives to avert evil, or the sa sign as he watched over the occupants of the house. Adorned with the skin of an animal and its tail hangs down behind him, he is sometimes shown carrying a harp.” 1

When Pharaoh Pepi II was a child, he learned a dwarf was captured in a foreign land, and he wrote a letter with “detailed instructions on the care of the dwarf, including a promise of a reward to the official that brought the dwarf safely to him. The letter stressed the importance of 24-hour care to keep the dwarf safe from harm.” 2

Pepi II was only 6 years when he wrote the letter to his official Harkhuf, but the young king was most persistent. 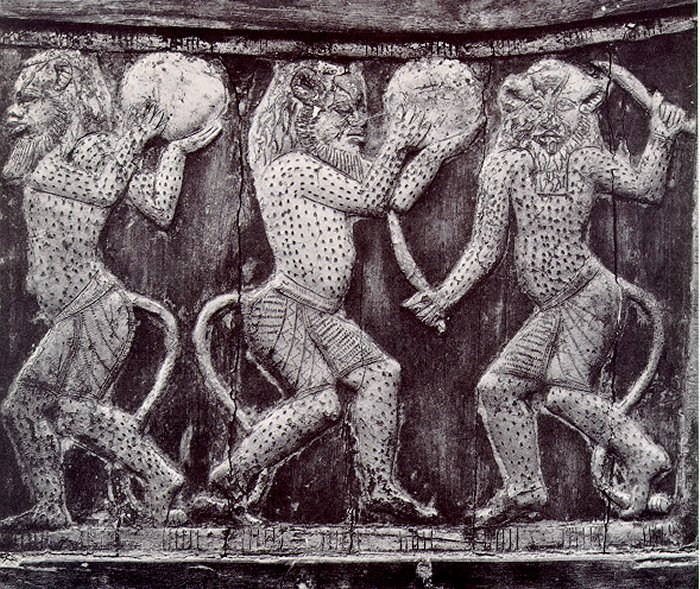 The god Bes dancing, 1400 B.C. Painting on a panel of the throne of Sitamun, tomb of Yuia and Thuin, Egypt. Image source

Harkhuf’s success in acquiring the dwarf earned him a personal letter of thanks from the excited young king which Harkhuf proudly carved on this tomb walls:

“You have said in this letter of yours that you have brought a dwarf for the dances of the god… come north to the palace immediately…. Bring this dwarf with you… alive prosperous and healthy for the dancers of the god, to distract the heart and gladden the heart of the King of Upper and Lower Egypt… My majesty wishes to see this dwarf more than the produce of mining region or of Punt.”

The exact meaning and purpose of the dance of the gods is unknown, but it was most probably a religious performance since most ancient Egyptian temples had dancers and musicians on their staff.

People in ancient Egypt dance to celebrate joyous events or important festivals such as the Sed festival that was arranged when the Pharaoh had to be tested. During the Sed festival, dancing was performed in temples while the “Pharaoh had to run a fixed course to prove that his fitness was well intact. The Sed festival was one of the oldest and longest-running rituals in Egyptian history.” 3

“The earliest depiction of dance in Egypt are found in rockart and on predynastic vessels. Egypt became a unified kingdom about 3100 BCE and the political and military stability that followed unification led to the flourishing of the distinctive pharaonic civilization and the establishment of the artistic conventions to which all representations of dance in ancient Egypt had to conform. The “Scorpion” mase head showing and Upper Egyptian king of the period just before unification provides an early representation of dancers in accordance with the dynastic Egyptian artistic conventions. On the mace head the dancers are shown taking part in a royal ceremony and the vast majority of depictions of dancers from ancient Egypt also come from ceremonial religious or funerary scenes.” 4

Ancient Egyptians also believed music could help a person on his or her journey to the afterlife. A combination of music and dance was necessary while performing rituals celebrating the dead.

During the Old Kingdom, funeral rituals often included dance. Dance was an expression of mourning for the dead and a way of marking the regeneration of the body.

Dance depictions from tomb scenes of the Old Kingdom shows dancers and singers “performing during the funeral procession or at the entrance to the tomb. In this period, the entertainers seem to have been groups of, presumably, professional musicians and dancers who were attached to temples, funerary estates and important tombs or cemeteries.” 4 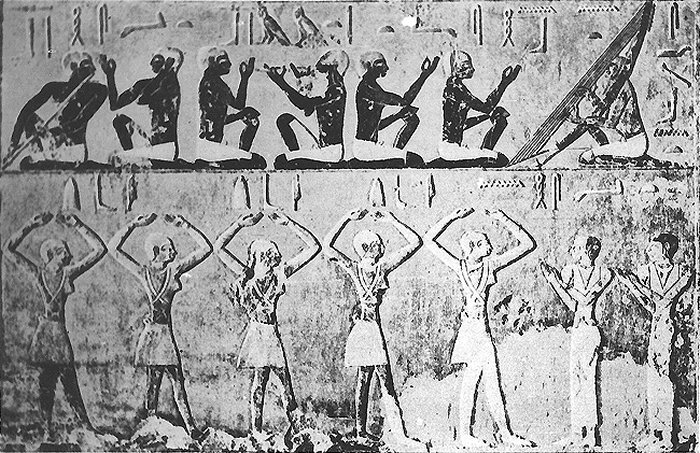 “Other groups of dancers followed the funerary procession to the tomb. The mww-dancers performed as the procession reached the tomb. Their dance symbolized the dead being led to the underworld.” sup>5

Dance was certainly not limited to rituals and ceremonies in ancient Egypt. People danced at home and banquets.

Whether some ancient dancers performed similar to modern Egyptian or oriental (raqs sharqi) dancers is challenging to say, but dance has always been popular in Egypt.