Little Freyja was found as a preemie kitten, the smallest thing they had seen. But the little fur baby has the heart of a lion and has made a miraculous comeback with a lot of love and TLC from the family that gave her a second chance at life. 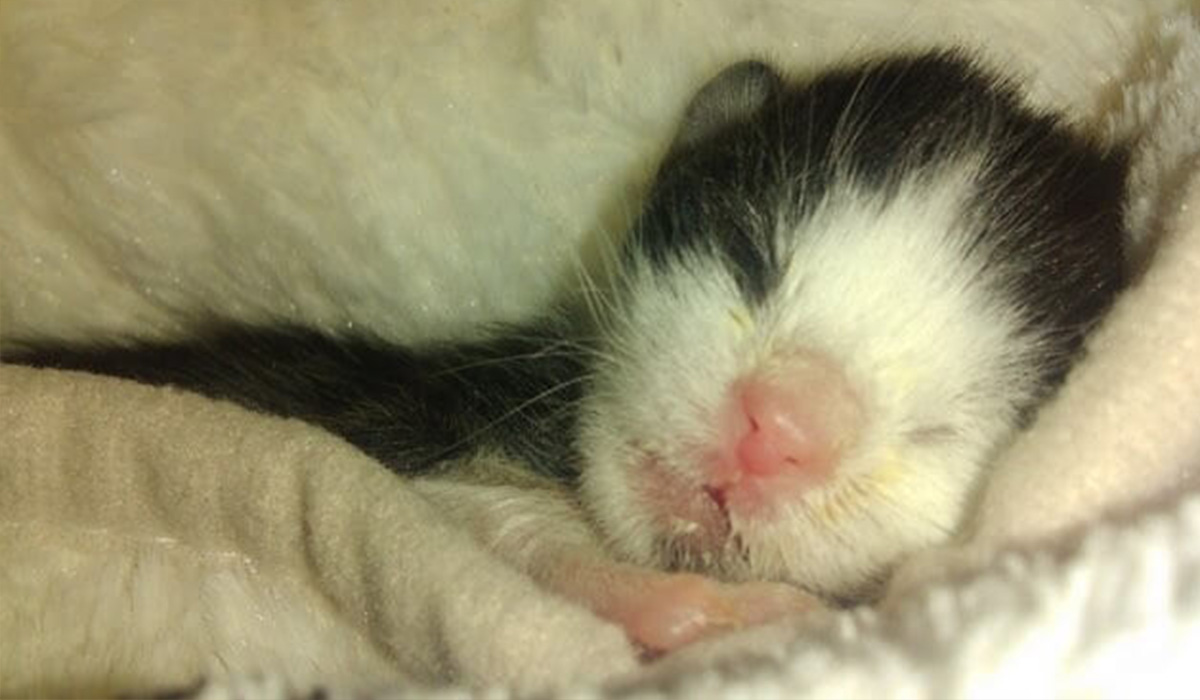 “She came to us on May 29th after a lady posted on Facebook asking for help with a premature kitten rejected by its mother,” Debbie Timmis told Love Meow.

“The kitten had been found on the settee and was only noticed as a ‘damp patch”. She was 60g when we got her and she was virtually hairless.

She had missed out on the first vital few hours of feeding, most of all from her mother, who was unable to feed her due to stress. The mother was taken to the vets the following day.” 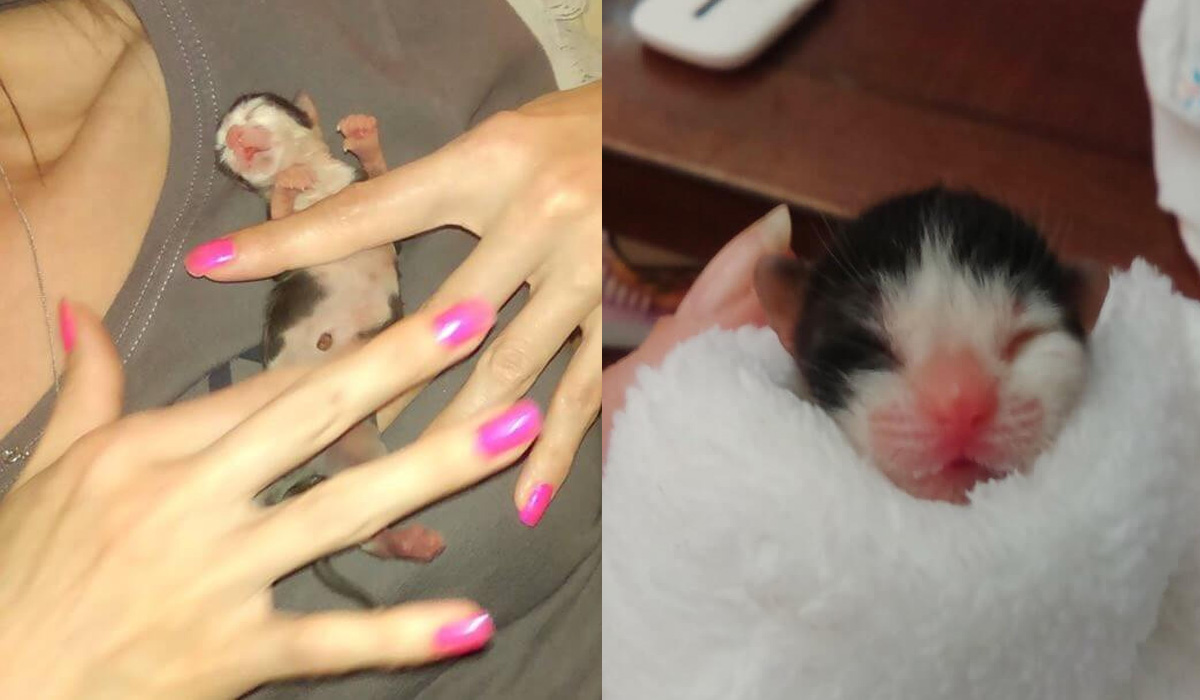 “The second day we had her, we were asked whether she had bubbled milk down her nostrils, to which we said yes. We were told that she would not survive this. An hour later, she started to fit and look very unwell. Her legs went purple and limp and her tongue went white. It looked like she was struggling to breathe.

Then I remembered that the bubbling down her nose was due to milk on her lungs, I tipped her upside down and massaged her chest, telling her to live as I cried my eyes out, and the little poppet did!!!”

“Overjoyed, I fed her through the night every 2 hours for the first two weeks as she was so tiny and undernourished that she started to open her eyes but got an eye infection and had a very runny bottom.

She has been fed every 4 hours or less since I had her just under 7 weeks ago. She has been wormed and her eye infection cleared up on its own. She is now putting on weight, washing herself, playing, purring, exploring and being a generally adorable ankle biter.”

She was the size of a light when she came to her new home, now she’s outgrown it! 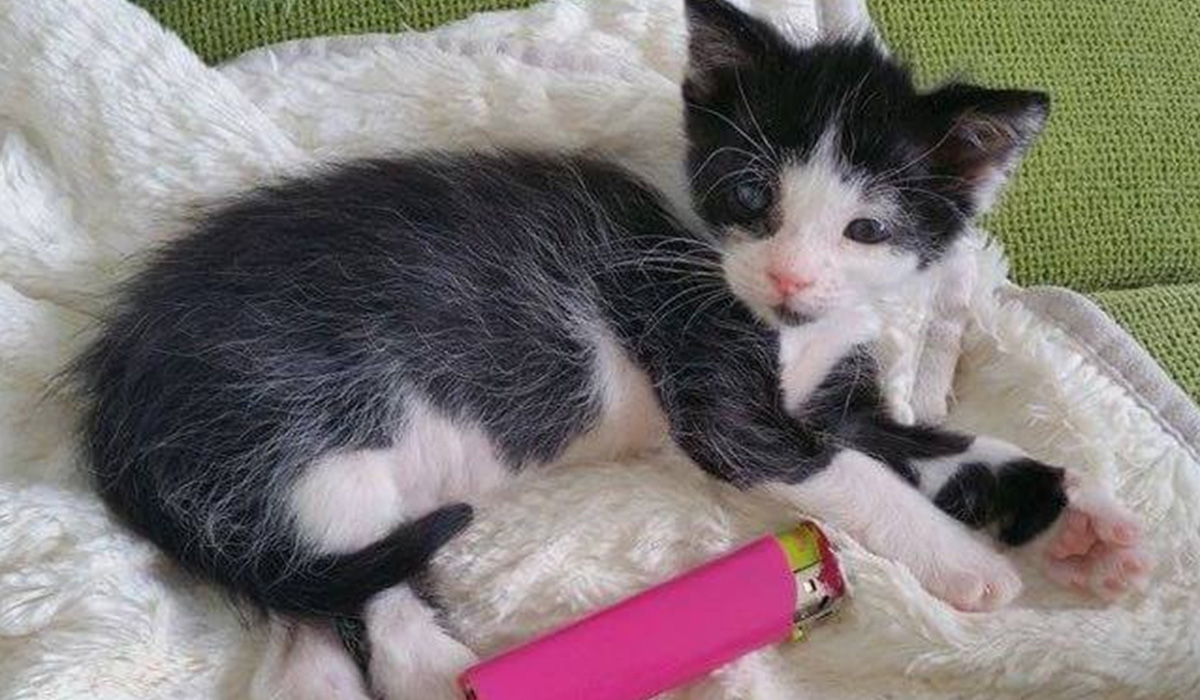 Look at that cute belly!

“We looked for a majestic name because she was so brave and strong she deserved one… we called her Freyja, Norse goddess of Love, Beauty, Fertility, and Gold.” Debbie added.