Skip to content
Home H History & Archeology Francis Drake, Queen’s Pirate And One Of The Founders Of English Naval Force

A. Sutherland  – Icestech.info – One autumn morning in 1578, the watchmen who scanned the Pacific Ocean from the top of the fortifications of a major city and seaport of Valparaíso saw warships appear in the distance.

It wasn’t difficult to recognize them because they had white flags with the red cross of the English navy. 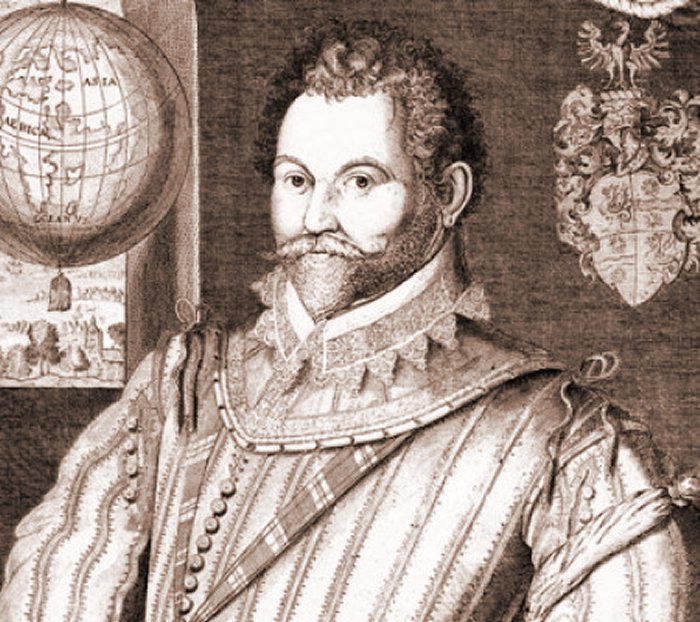 It was surprising to see the English fleet in the Pacific Ocean, and the watchmen couldn’t believe their own eyes. They had a distinct feeling that what they observed was ominous.

Suddenly they realized the danger – the privateers were on their way to approach the port Valparaiso.

He Was One Of Sea-Raiders Of Queen Elizabeth I

There was a man standing on the command bridge of the captain’s ship, and that man was Francis Drake (1540-1596), the most famous privateer of all oceans and admiral of Her Majesty Queen Elizabeth of England’s fleet. He was one of Queen Elizabeth I (1533-1603) sea-raiders (known as Sea Dogs). She authorized his (and others) piracy in the Caribbean as well as in European waters, which allowed her to keep a distance from their raiding activity while enjoying the benefits of their plunder. He won him the sympathy of Queen Elizabeth I.

Why Was He So Hostile Towards The Spaniards?

In 1568, Drake was on his third expedition with the Hawkins’ fleet when he was attacked by Spanish warships, with all but two of the English ships lost. They wanted to repair some of the ships, but the Spanish tax fleet arrived a few days later and took them for pirates. Their ships were attacked and several of them, lowered. They survived but Drake remained revengeful against Spain for the rest of his life.

Drake’s hostility towards the Spanish is believed to have started with this incident. Francis Drake was fighting for his country against Spain, the traditional enemy.

Born around 1543, Francis was the eldest of the twelve sons of a fanatical protestant who moved to Kent in the early 1650s. 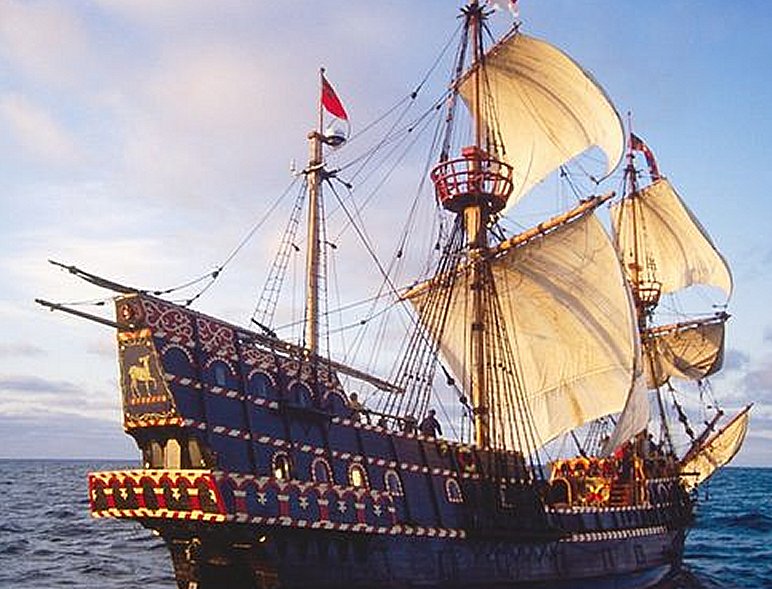 The family lived in extreme poverty on a crumbling, leaking shipwreck. When he was very young he accompanied his cousin John Hawkins to the Spanish colonies, w here they traded with slaves.

From the age of eighteen, he fought against the Spanish. Sinking and capturing their ships, looting their cities and ports in America, and on the islands of the Atlantic Ocean. The Spaniards considered him a dangerous pirate, but in England, Drake was a famous sailor and a brave privateer.

Francis Drake Among Most Famous Men Of His Time

In the second half of the 16th century, when England fought to defeat the domination of Spain and Portugal in overseas trade and colonial expansions, Drake became famous for plundering and capturing Portuguese and Spanish ships. He was an avid navigator caring for precise maps of discovered lands. The Queen supported him and his men were given the best possible equipment from her to continue their expeditions.

It’s fair to say that Drake’s policy reminds of Queen Teuta who is sometimes described as an “ancient pirate queen”.  Teuta’s goal was to make Illyria stronger and more prosperous. She told the ambassadors that according to the law of the Illyrians, piracy was a lawful trade.

In 1572, it was time for Drake’s first major independent enterprise. He planned an attack on the Isthmus of Panama, known to the Spanish as Tierra Firme and the English as the Spanish Main. He knew that the Spaniards will try to send overland the Peruvian silver and gold treasures to the Caribbean Sea, where galleons from Spain would pick it up at the town of Nombre de Dios.

Here, the Spaniards had their largest gold stock. 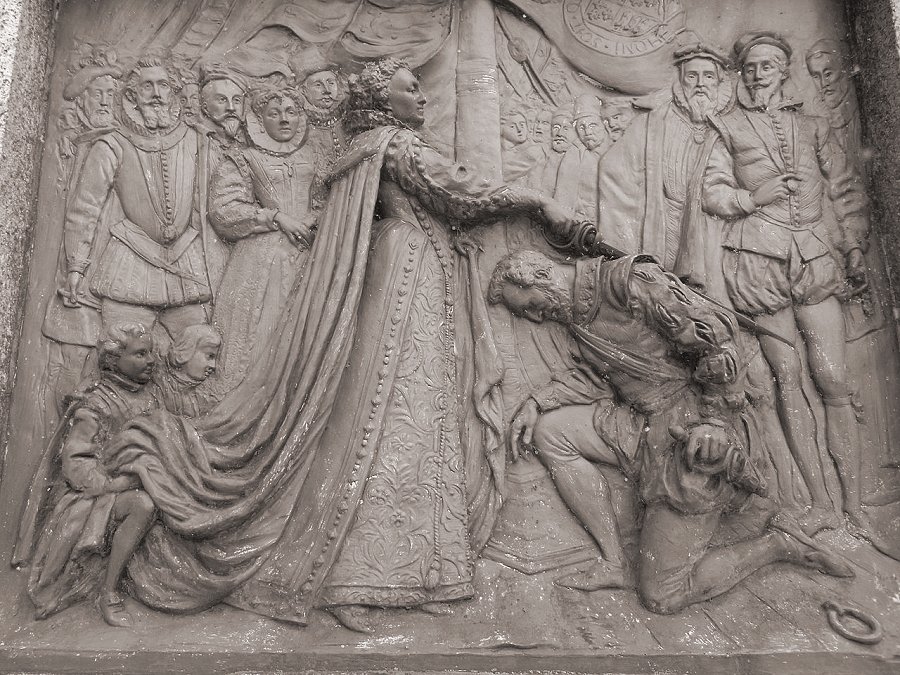 With a crew of 73 men in two small vessels, the Pascha (70 tons) and the Swan (25 tons), Drake left Plymouth on May 24, 1572. The goal was to capture Nombre de Dios and its treasure. Drake attempted a direct attack but was injured in his leg during the raid and forced to retreat.

Later he learned that all the gold that came to Nombre de Dios was transported via a mule snare caravan, which was poorly protected. They stayed in the area for a time, and after Drake’s wounds healed, they raided several Spanish settlements, picking up much gold and silver along the way.

In 1573, Drake and companions returned to Plymouth with a treasure cargo, and from now on, Francis Drake had a reputation as a brilliant privateer. In 1577, Drake was secretly commissioned by the Queen to set off on an expedition against the Spanish colonies on the American Pacific coast.

He started with five ships but he reached the Pacific Ocean and the coasts of Chile and Peru in October 1578, with only one ship – the Pelican, which was renamed the Golden Hind.

Drake was now contemplating his next target, the rich Valparaíso, and was smiling, thinking of the Spanish astonishment. They believed themselves absolutely safe because, since Magellan’s time, no ship had reached the Pacific Ocean from Europe. He surprised them. Valparaíso fell three days later, Drake plundered it, and immediately directed his ships to Mexico and finally continued the return trip across the Pacific Ocean.

He continued looting unprotected Spanish merchant ships loaded with gold and silver, and then, set sail across the Pacific, through the Indian Ocean, and around Cape of Good Hope back to England, landing at Plymouth in 1580.

He had become the first Englishman to circumnavigate the world. The treasure he captured made him a rich man, and Queen Elisabeth I knighted him in 1581.

For the next eighteen years, Drake continued his activities, always encouraged by his queen. He was one of the founders of the English naval force.

The expedition to the Antilles, in the year 1596, was his last. He contracted dysentery that killed him on January 28, 1596. His body, dressed in armor in accordance with his request, was encased in a lead coffin and lowered into the sea near Panama.

The coffin has never been found.