Britain has taken a big step towards a two-strike carrier Navy with the debut of the F-35 Lightning aboard HMS Prince of Wales. HMS Prince of Wales manoeuvered into position to accept the aircraft which touched down on the sprawling flight deck with precision amid an air of excitement from the ship’s company. The stealth fighter touched down for the first time on the deck of the second of Britain’s new aircraft carriers on a calm, clear day off the south coast of England. 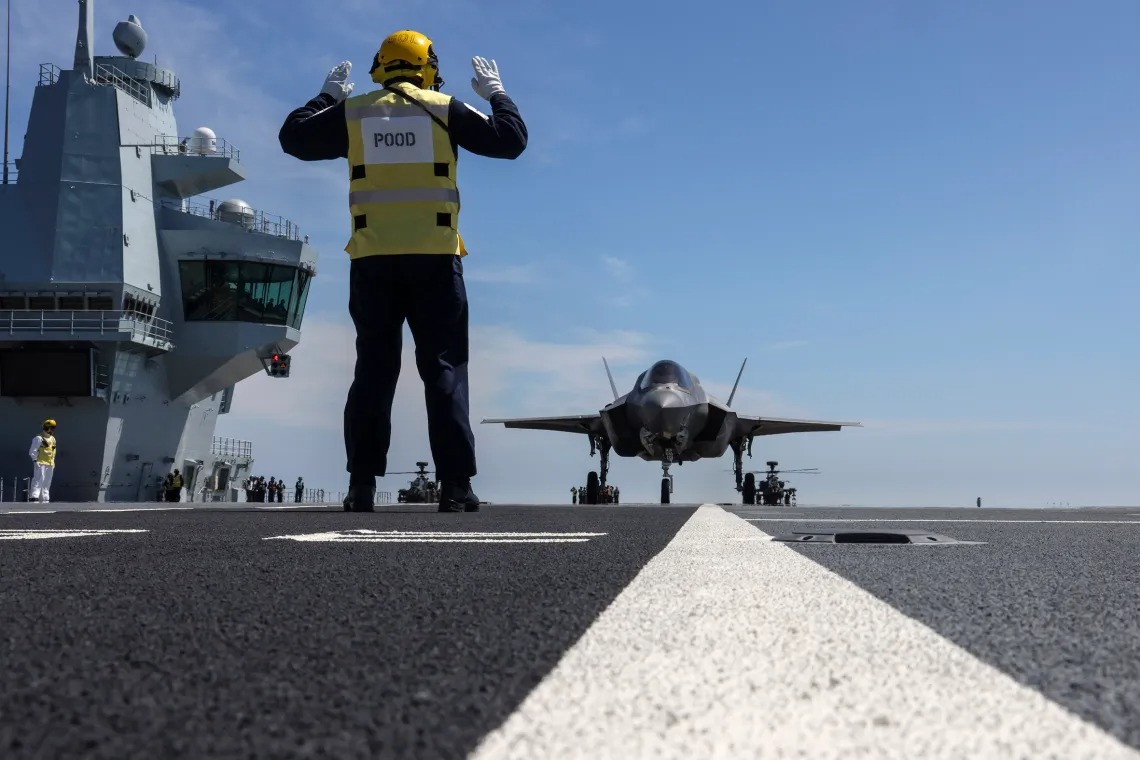 Shortly after the first landing, the first take-off: Lieutenant Commander Ben, also from 207 Squadron â€“ the joint RAF-Fleet Air Arm formation dedicated to teaching fast jet pilots how to fly and operate the stealth fighter â€“ powered along the deck and leapt skywards courtesy of the carrier’s iconic ski ramp, blazing the trail for thousands of similar launches over the next half century. 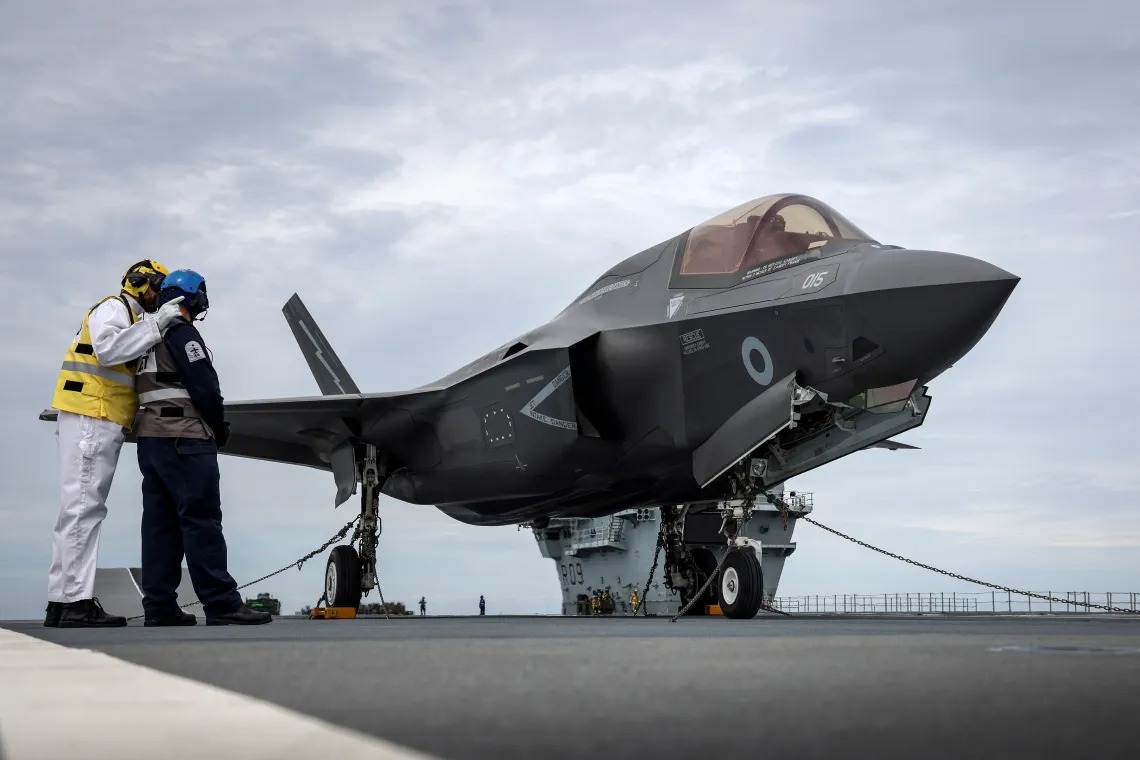 The jet and ship are carrying out Sea Acceptance Trials which test the ship’s ability to not only receive and launch the jets but also maintain near-continuous air operations. The stealth fighter shared the deck with three Army Air Corps Apaches, embarked before Prince of Wales departed Portsmouth at the weekend. Overseeing both maiden landing and take-off was Captain Darren Houston, the Portsmouth-based warship’s Commanding Officer, who hailed “a significant milestone in the Royal Navy’s re-birth of carrier strike group operations. 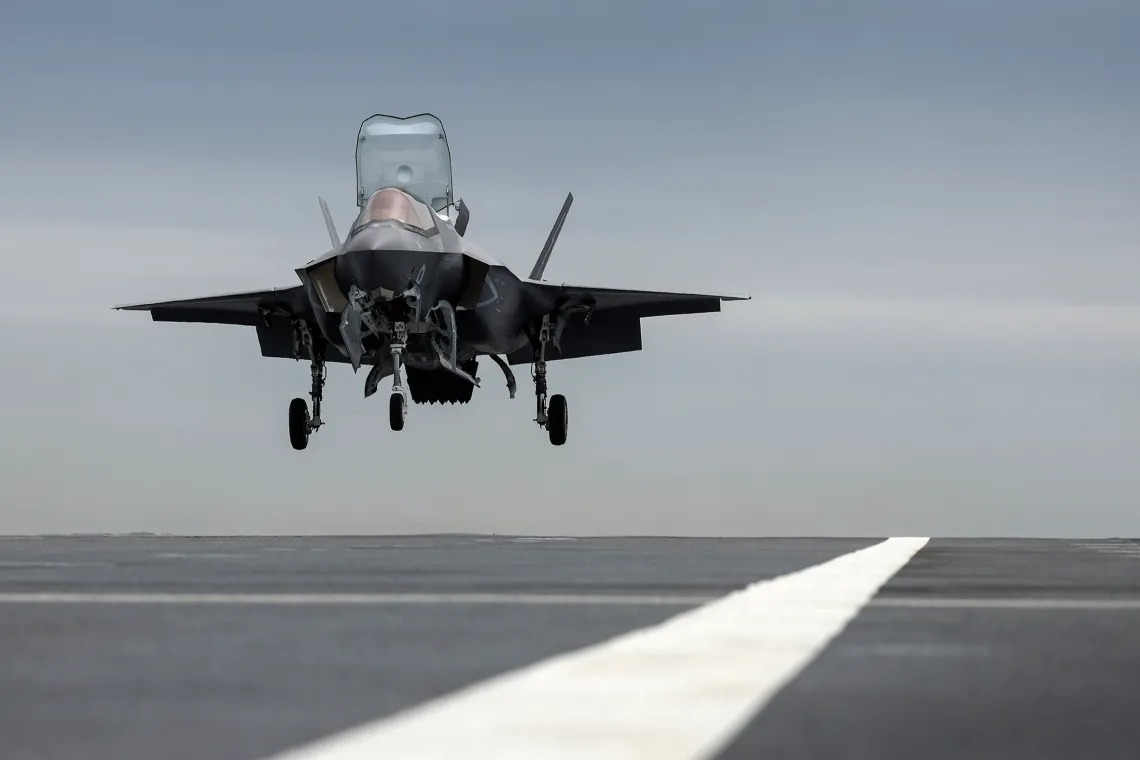 With a flight deck large enough to accommodate three football pitches, HMS Prince of Wales can receive up to 36 F-35B aircraft and carries a crew of around 1,600 personnel when aircraft are onboard. HMS Prince of Wales left her home port of Portsmouth at the end of April to conduct operational training which has seen the ship operating alongside the F-35B aircraft, as well as helicopters from the Royal Navy, British Army and RAF. The F-35B aircraft are primarily based at RAF Marham and are the newest addition to the RAF’s fleet, able to travel up to 1,200mph. 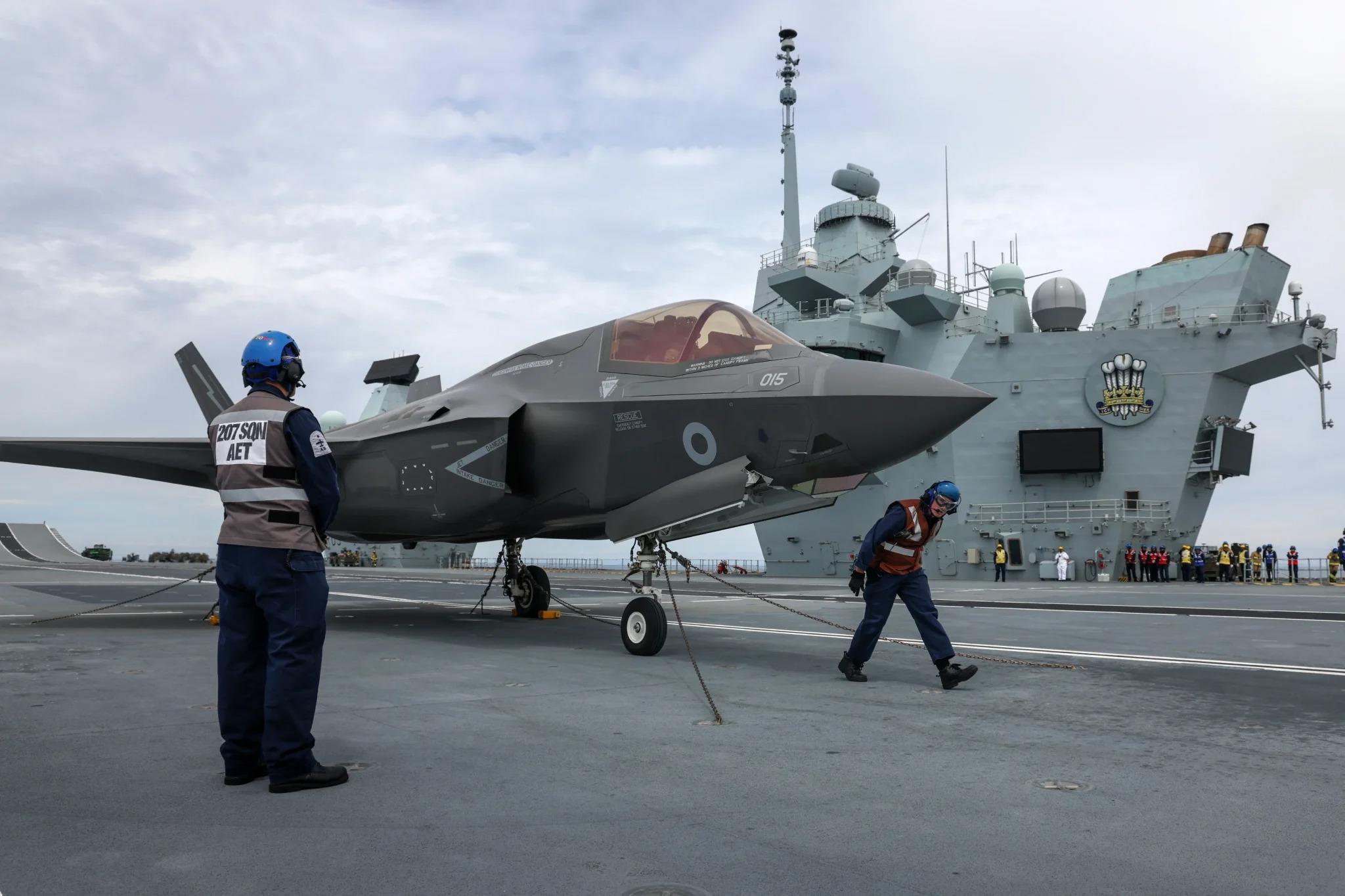