For the Royal Air Force, it was the English Electric Lightning. The fighter was born as an interceptor to protect V-bombers from enemy fighters.
For military buffs, the cold wᴀʀ was the most fascinating period for military aviation. In the fierce arms race, a series of designs ahead of their time were born, for no other reason than to get ahead of the competition. Incredible fighters were born, from the American F-104 Starfighter to the Soviet MiG-21 Fishbed. 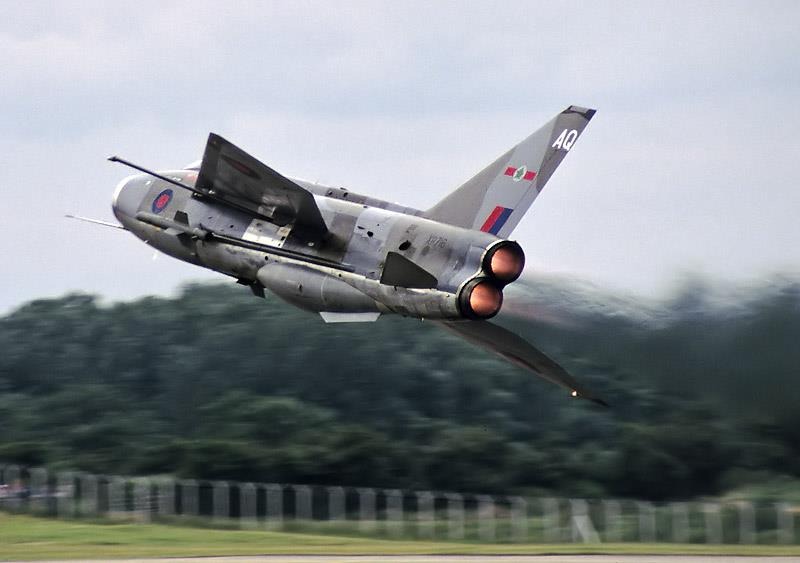 For the Royal Air Force, it was the English Electric Lightning. The fighter was born as an interceptor to protect V-bombers from enemy fighters, while also attack incoming Soviet bombers before they could drop their deadly loads. At the time, around the mid-1950s, it had no M ach 2 capable jet fighter. That all changed when in April 1957, when the English Electric Lightning took to the skies for the first time. The Lightning would become the first, and only, British made jet fighter that could reach speeds of Mach 2, and would remain in service from 1960 right up until the late 1980s. To this day, it remains the fastest British made fighter aircraft in history.

Lightning was manufactured by English Electric, which was later merged into the newly-formed British Aircraft Corporation. Later the type was marketed as the BAC Lightning. It was operated by the Royal Air Force, the Kuwait Air Force, and the Royal Saudi Air Force. The Lightning finally entered service with the RAF in 1960. The Lightning quickly gained a reputation for being easy to fly and its weᴀponѕ radar systems proved very effective. However, the RAF initially struggled to get more than 20 flying hours out of each aircraft per month.

A unique feature of the Lightning’s design is the vertical, staggered configuration of its two Rolls-Royce Avon turbojet engines within the fuselage. The unusual configuration allowed for the thrust of two engines, with the drag equivalent to only 1.5 engines mounted side-by-side, a reduction in drag of 25% over more conventional twin-engine installations. The nose-mounted shock cone fitted within the intake opening housed the radar system.

The result was a low frontal area, an efficient inlet, and excellent single-engine handling with no problems of asymmetrical thrust. Because the engines were close together, an uncontained failure of one engine was likely to damage the other. If desired, an engine could be shut down in flight and the remaining engine run at a more efficient power setting which increased range or endurance; although this was rarely done operationally because there would be no hydraulic power if the remaining engine failed. 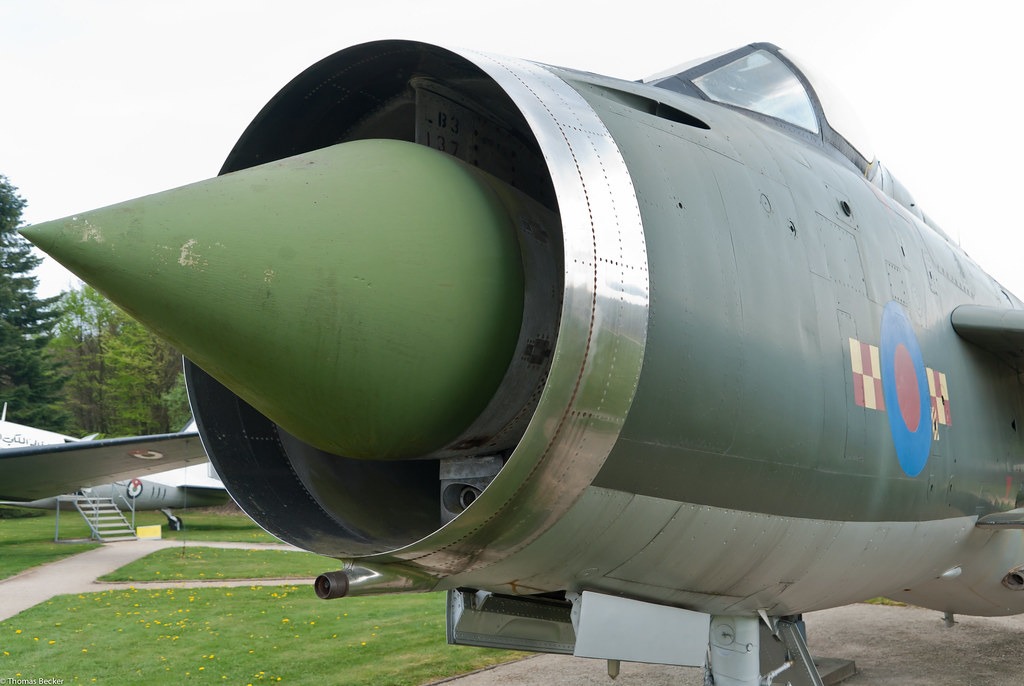 One problem with Lightning was its short range, as it could only be airborne for a short period of time before needing to land and refuel. Later versions of the aircraft such as the F.6 would rectify this with a larger, underbelly fuel tank, and drop tanks were also mad available to the Lightning. One of the Lightning’s greatest achievements came in April 1985, when Concorde was actually offered as a target for NATO fighters during British Airways trials. The F-15 Eagle, F-16 Fighting Falcon, F-14 Tomcat, French Mirage and F-104 Starfighter all took part. But only the Lightning was able to overtake Concorde on an intercept.

In Royal Air Force hands, the Lightning would never see combat service. As the decades wore on, the aircraft would need ever-increasing maintenance and its short range and small weᴀponѕ payload would still prove a problem. But it soldiered on in service, ever faithful to its crews and those who worked on them. It wowed crowds at airshows. With a top speed of Mach 2.27 and over 1,500 mph, it is the fastest British-made fighter ever.

The aircraft was slowly phased out of service from 1974 to 1988, and by that point the aircraft needed huge levels of maintenance, due to how many hours had were now accumulated on the airframes. The final act for the Lightning would be a series of airshows at their spiritual home, the famous RAF Binbrook. The final flight took place in June 1988 as a Lightning flew to a new home as a museum piece. And so ended the career of the fastest British fighter jet to ever grace the skies.