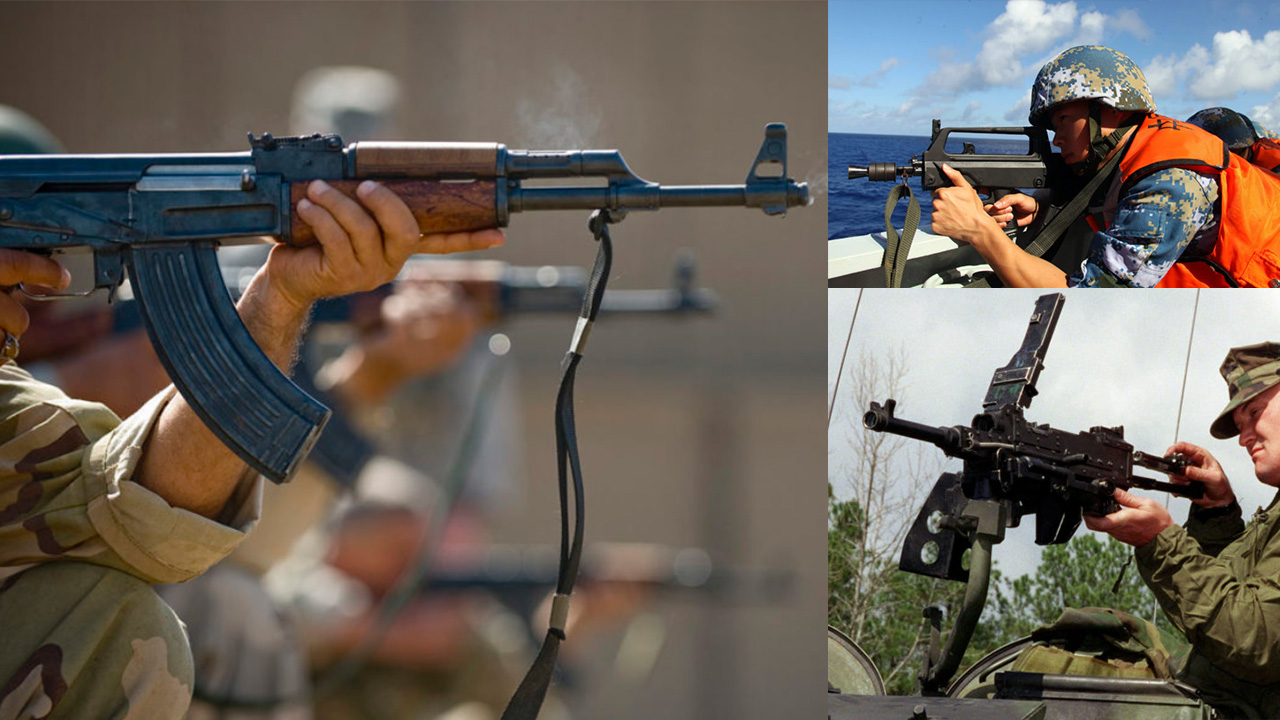 Thanks to the development and refinement of weapons, infantry warfare changed dramatically over the course of the 20th Century. Assault weapons that were once heavy and hard to aim were replaced with more efficient and deadlier guns.

Below are the 5 most devastating infantry weapons based on ease of use, accuracy, reliability, power, secondary features, and the sheer number of weapons that have been produced and used by militaries all over the world. 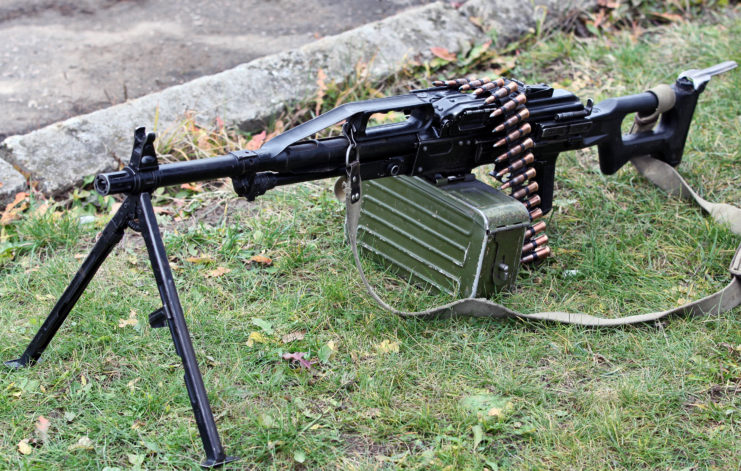 A PK-47 Machine gun mounted on a tripod with ammunition (Image Via Wikimedia Commons)
Mikhail Kalashnikov, the famed creator of the AK-47, also created the PK Machine Gun. Translated as the Pulemyot Kalashnikova, the weapon was meant to replace the SGM and the RP-46 machine guns. It is similar to the M-27 Infantry Automatic Weapon that the United States Marine Corps carry.

In most places in the world, infantry troops carry their own single gun, but the PK-47 is meant to be an automatic weapon for the squad. The feature that makes it so deadly is its combination of accuracy and power. The gun is more powerful than the AK-47, and when mounted on a tripod, it is accurate up to 800 meters. The weapon is also made to reduce recoil and heat. Currently manufactured in Russia, the gun is also widely used worldwide. 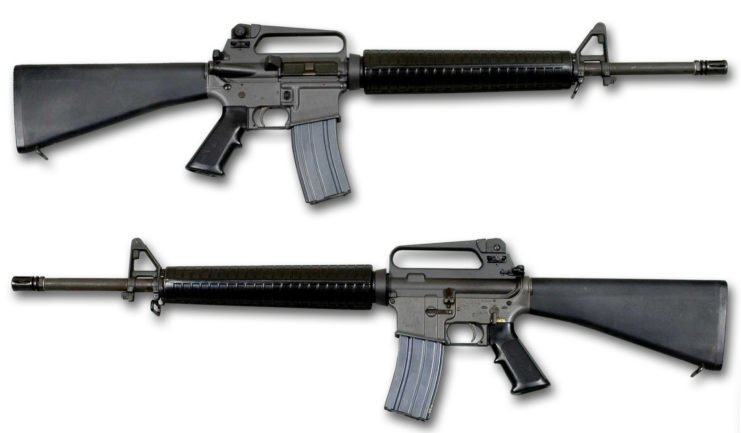 Side by side views of the M16 rifle (Image Via Wikimedia Commons/Swedish Army Museum)
The development of the M16 rifle began in 1956. The weapon was meant to be an update on the popular AR15. The original gun was a 5.56x45mm automatic rifle with a 20-round magazine. The U.S. Air Force initially adopted the weapon in 1965 and the Marine Corps in 1966.

During the Vietnam War, U.S. troops were having issues defending themselves against AK-47s. The military scrambled to find a weapon that was lighter and more powerful. So at first, the M16 was rushed into the hands of soldiers. Since the gun was introduced during the conflict, the troops weren’t trained on the weapon. And the harsh jungle terrain of Vietnam made it much more challenging to clean and maintain the M16.

Over time, there have been significant improvements made to the weapon. Once these improvements were made, the gun became far more effective. While it has slowly been replaced in the U.S. military, the weapon is still widely used by many other forces. 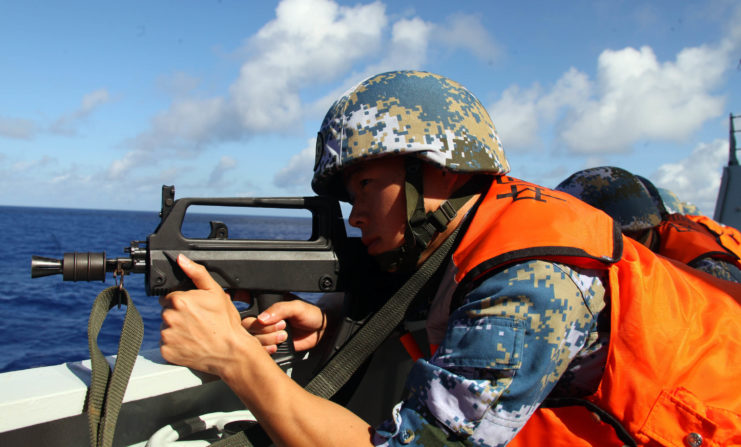 A Chinese soldier uses a QBZ-95 during a training exercise (Chinese navy photo by Xingjian Zeng)
In the late 1980s, the Chinese wanted a replacement for their version of the AK-47. The QBZ-95 went into development and was designed by Duo Yingxian. In 1995 the rifle was adopted by the People’s Liberation Army and also became standard for the People’s Armed Police. The weapon has been used in conflicts such as the Sri Lankan Civil War, the War in Afghanistan, and the War in North-West Pakistan.

The bullpup assault rifle has several notable features that make it unique. The weapon can launch rifle grenades from the barrel and can also mount an under-barrel grenade launcher. A bayonet can also be added to the rifle. A number of Asian countries outside of China also use the weapon, such as Cambodia, Laos, and Myanmar. 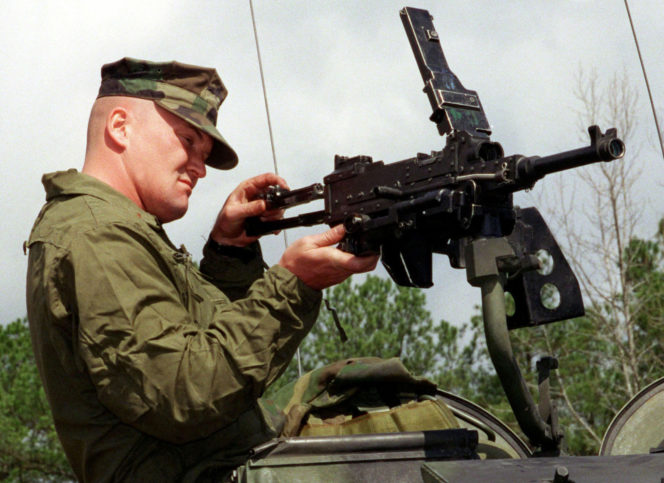 A United States Marine operates an M240 gun (Image Via Wikimedia Commons/Public Domain)
The M240 began its development in the late 1960s. The weapon was created in an effort to replace the M73 and M219 guns. Ernest Vervier, from the Belgian arms maker Fabrique Nationale, was tasked with designing the weapon.

The United States Army first adopted the gun as its coaxial tank gun. From there, it was added to other vehicles and soon became an infantry weapon for the U.S. Marine Corps. The gun is known for its ability to engage point targets or to provide suppressive fire.

A certain number of M240s are provided to each infantry platoon. Each Army platoon gets two guns, and each Marine platoon is given six guns to distribute. The M240 has regularly been used in many recent conflicts, such as the Gulf War, the Syrian Civil War, and the War in Afghanistan. 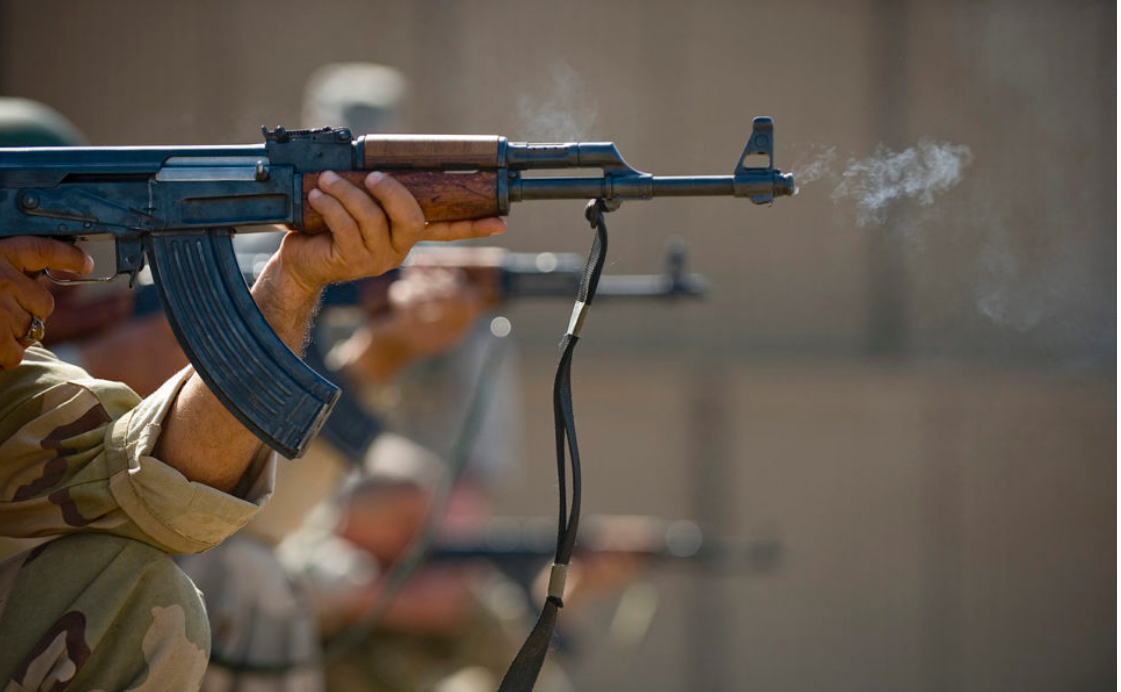 Iraqi Soldiers fire AK-47’s during training exercises (Image Via Staff Sgt. Levi Riendeau/US)
While convalescing after a wartime injury, Russian soldier Mikhail T. Kalashnikov, who had a talent for weapon design, had a brainstorm about a new battlefield weapon. Kalashnikov decided to design the gun by using what he thought were the best features of the rifles that American and German troops used on the battlefield.

There are many benefits to the gun which have aided in its incredible popularity. The AK-47 requires little training and can be used by relatively inexperienced troops. The deadly assault rifle also requires very little maintenance. For these reasons, it had endured as the most popular rifle in the world. Seven decades after its introduction the AK-47 is still widely used by military forces around the globe. 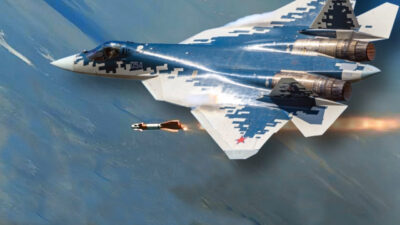 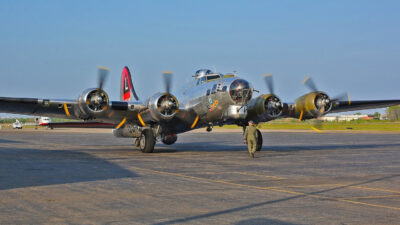